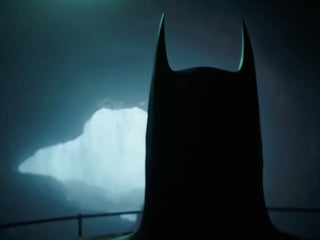 THEN AND NOW: The cast of ‘The Perks of Being a Wallflower’ 8 years later

“The Perks of Being a Wallflower” was released in September 2012. The movie starred Logan Lerman as Charlie, Ezra Miller as Patrick, and Emma Watson as Sam. Lerman stars alongside Al Pacino on Amazon’s upcoming series “Hunters,” Miller currently plays Credence Barebone in the “Fantastic Beasts” movies, and Watson appeared […] 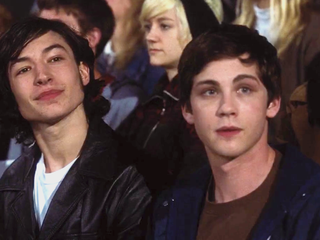 Ezra Miller took part in a night of fashionable reveals at the 2019 Met Gala. Behind a hand-held mask, Miller’s face was painted with seven eyeballs identical to his own. A pinstriped suit and red lip completed the campy twist on old Hollywood glam. Visit INSIDER’s homepage for more stories. […] A deleted scene from ‘Fantastic Beasts: The Crimes of Grindelwald’ reveals exactly why the villain is so obsessed with Credence

During Paris Fashion Week, Ezra Miller wore red lipstick and an all-black outfit to one of the shows. This isn’t the first time the actor has stunned fans with his fashion and beauty looks. In November 2018, Miller wore an all-black ensemble with a burgundy lip to the “Fantastic Beasts: […]

Ezra Miller’s show-stopping red carpet look easily stole the show at the “Fantastic Beasts: The Crimes of Grindelwald” premiere. The unique look comes from the Moncler Pierpaolo Piccioli collection and will keep even the darkest witches and wizards toasty warm with its down filling. Miller’s character was a key part […]

The sequel to 2016’s “Fantastic Beasts and Where to Find Them” hits theatres on Friday, November 16. The film will see the return of characters from the first movie, including Newt Scamander (Eddie Redmayne), Jacob Kowalski (Dan Fogelman), Tina Goldstein (Katherine Waterston), Queenie Goldstein (Alison Sudol), and Credence Barebone (Ezra […]

A Flash solo movie starring Ezra Miller, who would reprise his role from “Justice League,” is being pushed back, according to Variety. The film’s script is undergoing changes, and scheduling conflicts would arise as Miller also stars in the “Fantastic Beasts” series. The movie has faced development challenges, as directors […]