A test subject who spent 40 days in a cave for science breaks down what it was like, from weird sleep patterns to generating power with a bike

People were not told when to wake up and when to eat. It was forbidden to wake them up, the team leader of the expedition told Insider. 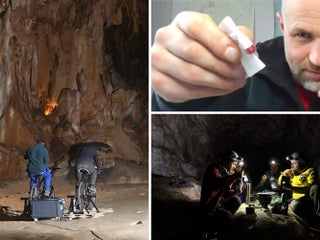 Gina Jozef embarked on the MOSAiC Expedition to the Arctic to join the exploration ship, the Polarstern, in January to conduct research for her PhD in atmospheric sciences at UC Boulder. When the COVID-19 pandemic hit, Jozef’s team was in the middle of their expedition, and it soon became clear […] 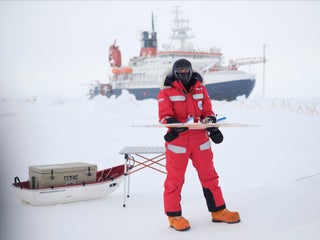 Crowds, costs, and corpses: 16 misconceptions about what it’s like to climb Everest

At least 11 climbers lost their lives in Mount Everest’s “death zone” last week. Only about 5,000 people have ever summited Everest – the world’s highest peak at 29,028 feet above sea level. Reaching the summit involves months of training, preparation, and time spent climbing the mountain, as well as […] At least 11 people have died trying to climb Mount Everest this year. The second-highest mountain in the world, K2, is even more difficult to climb, according to expert mountaineer Vanessa O’Brien. O’Brien is the fastest woman to climb the highest peak on every continent and the first American and […] Spending three months inside a metal container on board an icebreaker in the Southern Ocean, filtering water while attempting to ignore freezing temperatures and huge ocean swells outside. It’s not everyone’s idea of fun … but it’s what I’ll be doing next year, in the name of climate science. From […]