I’ve owned, improved, and sold hundreds of businesses successfully. Here are the 6 areas you should be focusing on if you want to sell your business at its maximum value.

Michelle Seiler Tucker is the founder and CEO of Seiler Tucker Incorporated, where she sells, owns, and improves various businesses. The following is an excerpt from her book, “EXIT RICH: The 6 P Method to Sell Your Business for Huge Profit.” In it, she shows small business owners and entrepreneurs […] 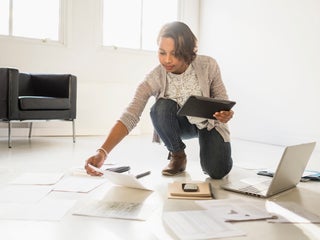 An unverified lockdown exit strategy for the UK has been circulating on WhatsApp – claiming “almost all restrictions” will be lifted in August. WhatsApp has limited the number of times a message can be forwarded in an attempt to stop misinformation about the pandemic spreading – but hoaxers are still […] 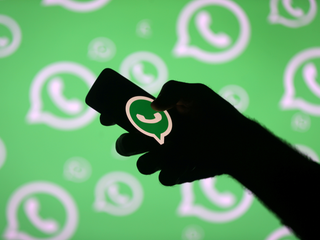 Advice from Ron Fleming to ace your exit. If Angelist is for startups at the beginning of their journeys, Exitroundgreets them at the finish line. In the six months since Exitround launched, more than 500 large companies have signed up to shop for startups. Exitround was founded by former venture capitalist, Jacob Mullins and engineer, Greg Dean. It […] 14 Early Startup Execs Who Missed Out On Fortunes

Everyone loves a Silicon Valley success story: A handful of smart, driven young entrepreneurs gets together to work on a passion project, find an idea with real legs, and are rewarded with an lucrative “exit” of making it big or being purchased by one of the industry’s giants. While there […] INSTANT MBA: ‘You Have To Be Willing To Do What Other People Aren’t’

[credit provider=”Brian Miller”] Today’s advice comes from our interview with Brian Miller, COO  and President of AdviCoach, a business coaching and advisory services firm: “One of the reasons a lot of businesses fail is they underestimate what it takes to be successful. And people who are successful in business are willing to […] What To Do If Your Boss Is A Moron

[credit provider=”imdb.com” url=”http://www.imdb.com/title/tt0386676/mediaindex?page=3″] Let’s face it, your boss might not be the most emotionally evolved mammal on the planet.Chances are you will have to deal with (or have already dealt with) a boss that is all too like the chicanery you see from Dunder Mifflin’s leadership team. We dug through recent and late tech bubble stars and found some truly impressive young founders. Exit Planning Strategies That Entrepreneurs Should Keep In Mind

[credit provider=”UPTRAIN via Flickr” url=”http://www.flickr.com/photos/uptrain/3428589576/”] The founders of a small but growing tech company met with us to discuss positioning the company for acquisition, expecting a fairly painless process. After all, the company had a hot product and potential buyers had been abuzz for months. Unfortunately, when we sat down […] [credit provider=”UPTRAIN via Flickr” url=”http://www.flickr.com/photos/uptrain/3428589576/”] When Vanessa Troyer and Chris Farentinos launched MailBoxes4Less.com in 2000, they didn’t give much thought to how they would exit the online mailbox distribution company.All that changed in 2006.

The “Repugnant,” “Washed-Up” CFO That Answers.com Shareholders Blame For A Sale They Hate

Answers.com shareholders are furious that the public company is planning to sell to private equity for $127 million. Answers.com, one of the biggest question and answer sites on the web, is getting bought for $127 million in cash. (Here’s the release)The acquirer is “AFCV Holdings.” It seems that AFCV belongs to Summit Partners, a big technology private equity firm, and is rolling up plenty of websites. [credit provider=”UPTRAIN via Flickr” url=”http://www.flickr.com/photos/uptrain/3428589576/”] If you startup is your dream, why would you want to think about an exit? It’s going to be so successful and so much fun that you don’t need to think about what comes after. Wrong. There are two very real and practical reasons why […]