Mark Meadows undermined his own argument for withholding info from Jan. 6 investigators because he wrote about it in his book, lawmaker says

The fact that Meadows described his interactions with Trump on Jan. 6 may undermine his attempts not to fully cooperate with the House committee. 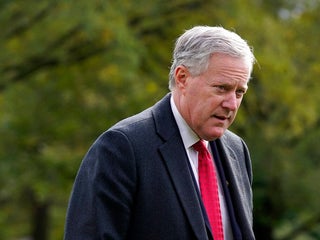 The chairs issued a statement in response to a lawsuit filed by former President Donald Trump's lawyers Monday in an attempt to block subpoenas. 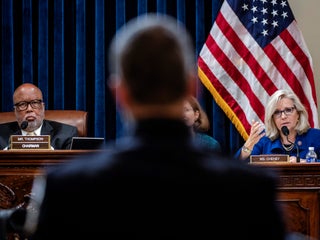 Scavino was in New York when the subpoena was delivered to the Mar-a-Lago club in Florida, and a staff member accepted it in his absence. 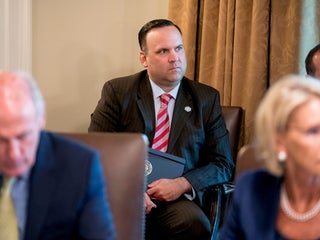 President Donald Trump on Wednesday invoked executive privilege over the entirety of the special counsel Robert Mueller’s final report on the Russia investigation and its underlying evidence. Trump also asserted privilege over any other materials related to the Russia investigation that have been subpoenaed by Congress so far. Earlier Wednesday, […] ‘There’s nothing routine about this’: Barr’s move to send Mueller’s report to the White House before the public sets off alarm bells

Attorney General William Barr said this week that he will send the special counsel Robert Mueller’s report on the Russia investigation to the White House before the public sees it so they can redact privileged information. The development marks yet another unprecedented episode in the Trump-Russia saga, in which the […] The White House will get the Mueller report before the public does in case it wants to make redactions, Barr says

Attorney General William Barr will send the special counsel Robert Mueller’s report on the Russia investigation to the White House before the public sees it, Sen. Lindsey Graham of South Carolina said Tuesday. Graham said Barr told him he would send the report to the White House first in case […] William Barr, President Donald Trump’s nominee for attorney general, told lawmakers Tuesday that he will not allow Trump’s lawyers to review and edit the special counsel Robert Mueller’s report on Russian election interference before it’s released to Congress or the public. Barr’s commitment flew in the face of Rudy Giuliani’s […] President Donald Trump’s lead defence lawyer, Rudy Giuliani, doubled down on his earlier claim that the White House should get to review and edit the special counsel Robert Mueller’s report on Russian election interference before it’s released to Congress or the public. Giuliani first made the claim in a September […] ‘Uncharted territory’: Giuliani is demanding that Trump gets to review Mueller’s report before it comes out

Rudy Giuliani said the White House would waive executive privilege over the special counsel Robert Mueller’s findings in his obstruction case if, among other things, it were allowed to review a draft of Mueller’s report before it is released. One legal expert said that while Deputy Attorney General Rod Rosenstein, […] Rudy Giuliani says the special counsel Robert Mueller needs to meet three conditions for the White House to waive executive privilege in Mueller’s forthcoming report on obstruction of justice in the Russia investigation. Trump’s team will waive privilege if it has a chance to review the report before it is […] President Donald Trump’s personal defence team sent a lengthy memo to the special counsel Robert Mueller this year in which they made several bombshell arguments and admissions. They said Trump cannot be guilty of obstruction of justice because he has the power to shut down any federal investigation. They acknowledged […]

President Donald Trump is likely to sit down for an interview with special counsel Robert Mueller sometime soon. He could seek to limit the questions he answers by either invoking executive privilege or the Fifth Amendment. But even these methods have their limits, according to experts, and claims of executive […] Legal experts weigh in: If Comey wants to testify, there’s nothing Trump can do to stop him President Donald Trump signalled that he will... Top Democrats from the House Judiciary...