Congress and top Capitol Hill staff have violated the STOCK Act hundreds of times. But the consequences are minimal, inconsistent, and not recorded publicly.

Most lawmakers who've broken the conflict-of-interest law refused to prove that they've paid their fines. 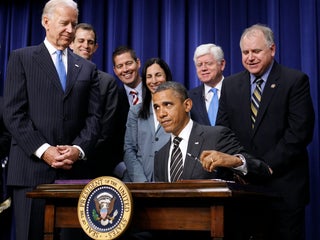 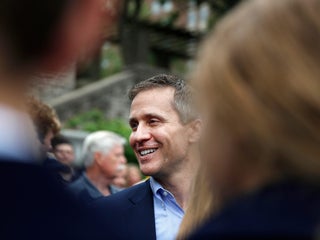 Environmental Protection Agency chief Scott Pruitt reportedly asked his assistants to pay for his hotel reservations on their personal credit cards, and then refused to pay them back. In one case, Pruitt failed to reimburse his 26-year-old former scheduling director for a $US600 hotel reservation she made for Pruitt’s family […] Three top aides to Environmental Protection Agency chief Scott Pruitt are leaving their posts as scrutiny of Pruitt’s leadership intensifies. Albert “Kell” Kelly, who was brought in to expedite toxic waste cleanups, resigned Tuesday amid criticism of his past work in banking in Oklahoma, where he was banned from the […] In 2017, Environmental Protection Agency administrator Scott Pruitt’s protective detail believed he needed emergency assistance at the condo he was living in. After failing to get ahold of Pruitt, the detail broke down the glass-paneled door to gain access. The detail reportedly found him waking up from a nap. The […] Democratic Rep. Ruben Kihuen of Nevada said Saturday he will not seek re-election after facing multiple sexual misconduct allegations. Top Democrats have called for Kihuen to step down, but he said Saturday he intends to serve out his two-year term. The House Ethics Committee announced Friday it would open an […]