Shares of Beyond Meat plunged 22% Tuesday after the plant-based burger maker reported a large revenue miss and slow sales growth in the third quarter. Beyond Meat reported net revenues of $US94.4 million vs. $US132.8 million expected by Wall Street, and a loss per share of 28 cents versus the […] 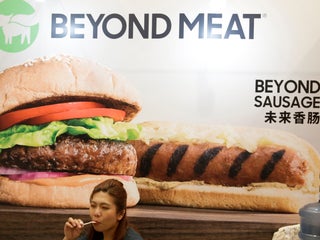 Beyond Meat reported better-than-expected earnings Tuesday, leading to a slew of upgrades from Wall Street analysts. Shares surged 23% Wednesday. Analysts boosted their price targets after Beyond Meat retail sales jumped in the first quarter as the company focused on grocery stores when restaurants were shuttered due to coronavirus. Watch […] 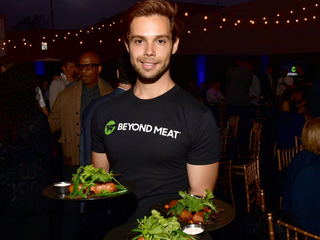 Beyond Meat CEO Ethan Brown told Bloomberg news that he’s focused on the long term and isn’t selling his shares anytime soon after their recent sell-off. The stock rose as much as 8% Wednesday, following a 24% single-day plunge spurred by the expiration of the company’s post-initial public offering lockup […] Beyond Meat estimates its Beyond Burger 2.0 has taken it three-quarters of the way towards replicating the look, smell, taste, and other attributes of animal meat. “I think it’s quite a bit further in the direction of our true north, which is animal protein,” CEO Ethan Brown said on the […]