My baby spent his first year in a world marked by distance and death. But the pandemic story I’ll tell him is one of survival.

My son was born in the early months of the pandemic. In his first year, he experienced the loss of his great-grandmother, plus the larger-scale loss of living through the death of more than 400,000 Americans. There are two ways to tell him this story. One is: We failed you. […] 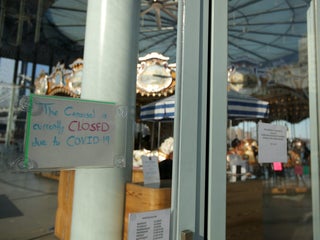 I gave up this year and so can you

Amid a devastating pandemic, mass economic disaster, a looming eviction crisis, and periods of prolonged social isolation, 2020 was – to put it mildly – a difficult year. Perhaps not surprisingly, it was also the year that writer Rebecca Fishbein gave up on self-improvement entirely. Before the pandemic, “The goal […] 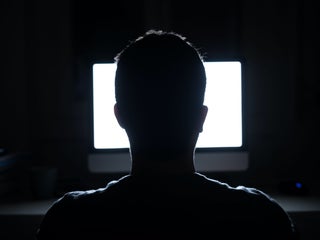 I married the love of my life while in prison. We had to stand 6 feet apart and couldn’t kiss, but I’d do it again in a heartbeat.

In September, Christopher Blackwell married his fiancée Chelsea Moore at the Monroe Correctional Complex. Blackwell is incarcerated in the Washington state prison, and there were a number of constraints placed on the ceremony. The couple wasn’t allowed to stand less than six feet apart, Christopher and George, the wedding’s witness, […] 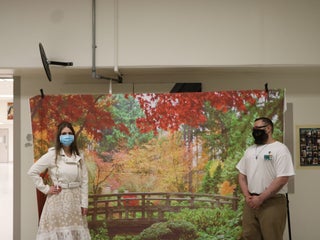 Former clients of ex-‘Real Housewives’ star Teddi Mellencamp’s extreme diet program say they were limited to 700 calories, ate mostly soup for dinner, and had to do an hour of cardio each day

In September, anonymous allegations surfaced online that All In, the diet and “accountability” program created by the former Bravo star Teddi Mellencamp, encouraged unhealthy eating, with coaches who weren’t certified. Three different women who signed up for the program told Insider about their experiences with All In, which they said […] 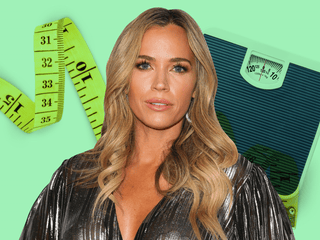 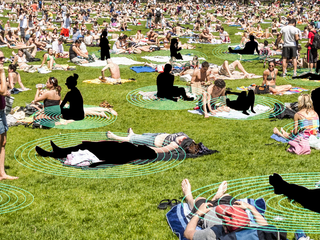 As the pandemic has ravaged the globe, death, typically a taboo topic of conversation in America, has become inescapable. Death was long seen as a major part of cultural life, but with the advent of modern medicine, “we’ve kind of lost our familiarity with death,” says Anita Hannig, an associate […] 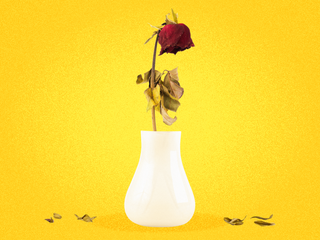 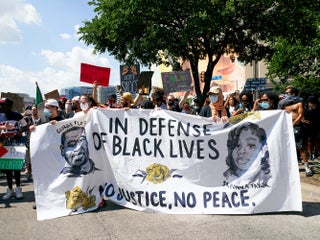 The video of George Floyd’s killing is yet another example in a long line of footage of brutality against Black people. While white people watching these videos see an opportunity to share in a pain they will never experience, Black people see daughters, sons, cousins, and neighbours. Despite 30 years […] 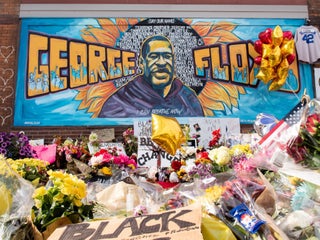 As a Black man growing up in a predominantly white town, I hid behind the veil of “Minnesota nice” in situations that called for being anything but. After moving away for college, I finally came to grips with depths of prejudice and police brutality in America – but it happened […] 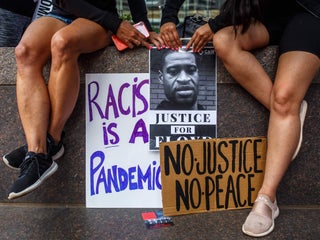 All I wanted was to live alone. After coronavirus swept through New York City, solitude became my worst enemy

When she turned 30, all New York City resident Rebecca Fishbein wanted was to live alone. But when the coronavirus swept through the city and her roommates fled, solitude became her reality. She bought a dutch oven and named it Gertie, talked to herself in the mirror, and felt like […] 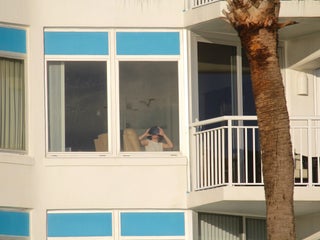 I’m a healthy 24-year-old, and the coronavirus nearly landed me in the hospital. Here’s how I should have prepared for isolation differently.

Sam Raskin is a young, healthy nonsmoker who covered the coronavirus pandemic from the front lines for the New York Post. He developed symptoms in late March. A week later, they were severe enough that he almost ended up in the hospital. Given how close he was to the virus, […] 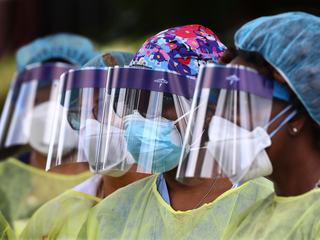 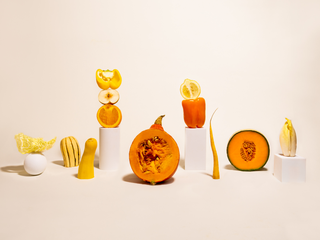 Hot dogs are economical, delicious, versatile, and long-lasting. In quarantine, these are the most important qualities in a food. Ergo, hot dogs are the best quarantine food. This is an opinion column. The thoughts expressed are those of the author. Visit Insider’s homepage for more stories. I woke up yesterday […] 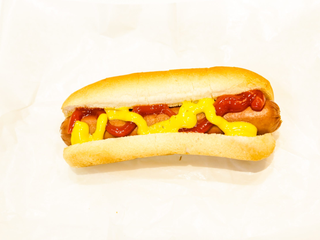 I’m a cancer survivor. Here’s why I decided to stay in New York City, the epicentre of the coronavirus outbreak in the US.

When she was was 19, Alex Dvorak was diagnosed with lymphoma. Throughout her treatment, she was entirely dependent on her family for her survival and well-being. Now in remission, she lives in New York City, the epicentre of the coronavirus outbreak in the US. Because of her risk status, her […] 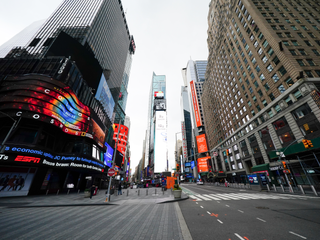 In quarantine, self-optimisation is out. Now I’m just pasting trash into elaborate collages while the world caves in.

For non-essential workers all over the planet, life as they know it has ground to a halt. Claire Lampen contemplates what it means to live in a world where optimising your life is no longer the precious currency it once was. Visit Insider’s homepage for more stories. Hello from the […] 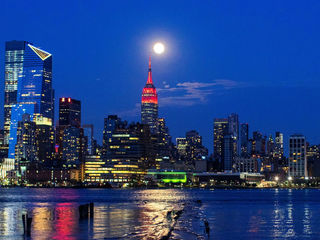 The 10 best ways to cope with isolation and uncertainty during the coronavirus pandemic, according to therapists

Mental health professionals Jaclyn Einstein and Kristy Fitzgerald have years of experience coaching people through difficult times. Here, they share their best tips for coping with the isolation and uncertainty of the coronavirus pandemic. They suggest meditation, exercise, connecting with friends and family, snuggling with pets, and limiting your exposure […] 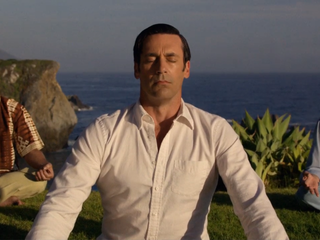 I desperately needed a blood transfusion while delivering my daughter. As blood blanks face coronavirus-driven shortages, donating has never been more crucial.

I recently learned firsthand the importance of donating blood when I had to have an emergency transfusion after the birth of my daughter. The United States is suddenly facing a severe blood shortage amid the cancellation of tens of thousands of blood drives due to the coronavirus. Healthy, eligible Americans […] 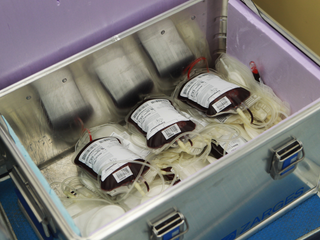 I’m nine months pregnant, and I’m bringing my baby into a world I no longer understand. I have to remain hopeful anyway.

Amy Littefield is pregnant with her first child, and she’s due on April 5. As the world grapples with uncertainty and panic amid the coronavirus pandemic, Littlefield and her partner have been forced to give up their carefully thought out pre- and post-natal plans. The situation is changing every day, […] 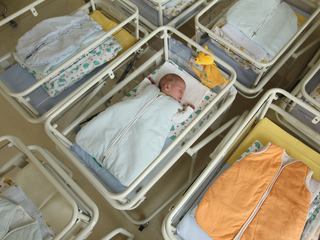 A travel agent for over 40 years, Laura Schy thought she’d seen it all, until the coronavirus outbreak erupted. Schy’s clients are cancelling their trips left and right, and some aren’t recouping the costs. She’s also lost thousands of dollars in income, and has stopped spending extra money because she […] 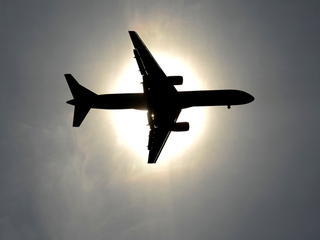 Reality shows like “Love is Blind,” “90 Day Fiancé,” and “The Bachelor” share similarly bizarre approaches to dating and marriage. The attitudes of young people, however, don’t reflect the same kind of commitment to marriage, as millennials are getting married later in life and less frequently. For some, these shows […] 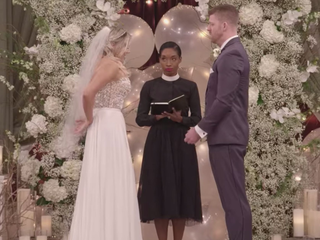