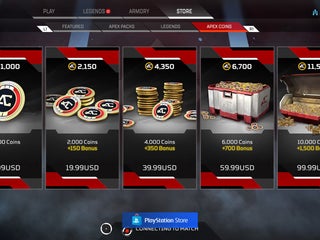 Nintendo, Microsoft, and Sony are taking a stand on ‘loot boxes’ by forcing new games to disclose their odds

Loot boxes are digital merchandise that offer a mix of randomised video-game rewards at a fixed price. Video-game companies have defended the use of “surprise mechanics” like loot boxes, and these sorts of microtransactions have generated millions in revenue for popular games like “Overwatch” and “NBA 2K.” However, lawmakers and […] The Pennsylvania General Assembly is considering a bill that would place a 10% tax on video games with a Mature or Adults Only rating from the Entertainment Software Rating Board (ESRB). Rep. Christopher Quinn first proposed the bill in October 2018, and it has been re-introduced for the 2019 legislative […] ‘Fortnite’ is finally coming to the Nintendo Switch

The world’s most popular game, “Fortnite,” looks to be headed to Nintendo’s Switch console. The game showed up as rated by the Korean Game Rating and Administration Committee – one of the final steps before launch. Epic Games, the maker of “Fortnite,” has yet to officially confirm the Switch version […] In the wake of Parkland, Trump is meeting with leaders from the video game industry to discuss gun violence — but don’t expect anything to come of it

On February 14, a gunman killed 17 students and staff members at Marjory Stoneman Douglas High School in Parkland, Florida, using a legally purchased AR-15 assault-style rifle. Less than a week later, amid a resurgence in the gun debate in the US, President Donald Trump suggested that violent video games […]

The Entertainment Software Ratings Board (ESRB) oversees video game ratings in North America. On Tuesday, the ESRB announced that a new label will be applied to games “with in-game offers to purchase digital goods or premiums with real world currency.” The label will show up on retail boxes in stores, […]