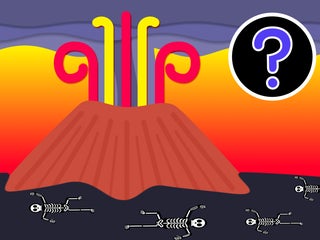 Europe’s most active volcano erupted once again on February 16. Mount Etna is located near Catania, on the island of Sicily in Italy. We collected every angle we could find of the stunning blast. Visit Insider’s homepage for more stories. 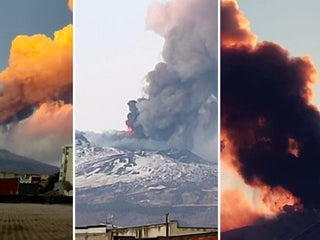 A new study reports how computer modelling can forecast future magma pathways through the Earth, and help geologists predict the locations of potential vents in volcanically active areas. These predictions could help cities that sit near active volcanoes, like Naples, Italy, better prepare for future eruptions. Visit Business Insider’s homepage […] The Kilauea volcano on the Big Island of Hawaii continues to erupt. On Tuesday, a huge river of lava wiped out a neighbourhood and filled Kapoho Bay. Before-and-after satellite images released Wednesday show the scale of destruction in and around the ocean bay. Reports suggest that hundreds of homes have […] The Rosetta spacecraft caught a rare eruption in space. New research suggests that some of the early data of sea level rise as a result of climate change may be skewed. The 1991 eruption of Mt. Pinatubo may have led to biased results, but researchers still believe sea levels could rise 20 feet by 2100. Here’s how drones can save us from deadly volcanic eruptions

You can't ask how a rumbling volcano how it's... VIDEO: This drone footage of Italy's Mount Etna was captured at approximately 11,500 feet above sea level. 16 potentially deadly volcanoes that could erupt soon and wreak havoc