‘The smoke was so terrible’: Residents trapped in the Bronx fire share their stories

Nineteen people, including nine children, were killed in an apartment fire in New York City that officials say was caused by a space heater. 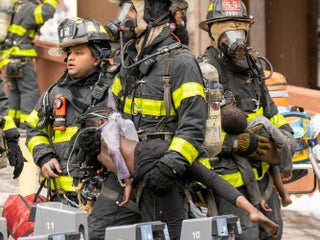 "I would rather be authentic and make errors than be robotic and not be sincere," Adams said, and that he can "only aspire" to be "as perfect" as AOC. 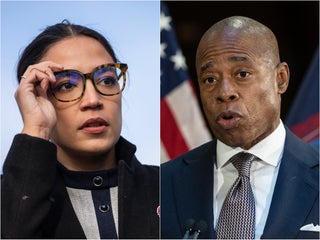 "When you start to disrupt the stability of childcare, of daycare, and education, it has a rippling impact throughout our entire city," Adams said Sunday. 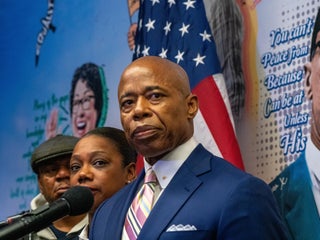 "I believe allowing the legislation to be enacted is by far the best choice, and look forward to bringing millions more into the democratic process," Mayor Eric Adams said. 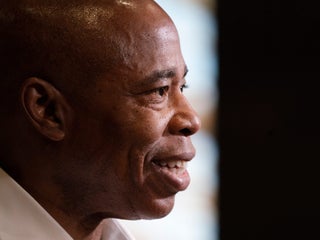 New York Mayor Eric Adams has tapped his brother for a top NYPD job, per reports. A watchdog group said the appointment might breach nepotism rules. 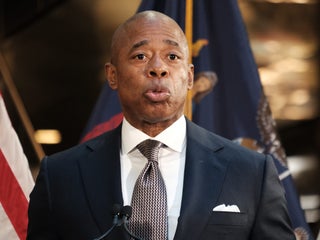 New York City's new mayor, Eric Adams, faced backlash after he said that service workers "don't have the academic skills to sit in the corner office." 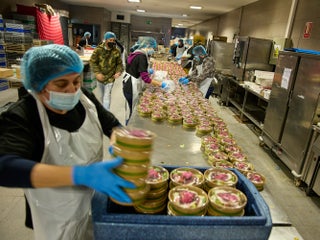 "We're going to create a safe environment with testing. We are going to identify the children that are exposed," Adams said on ABC's "This Week" Sunday.

Hours after being sworn in as New York City Mayor, Eric Adams called 911 to report an assault he witnessed while on his way to work. 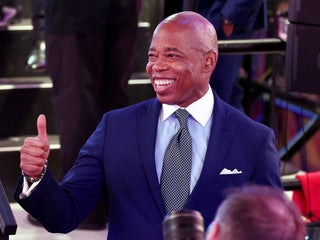 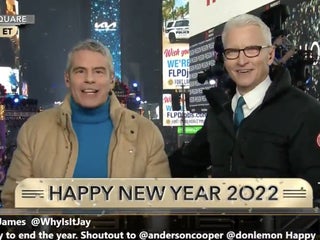 The launch of NYCCoin follows MiamiCoin, which to date has earned more than $21.3 million since its August 2020 launch, the nonprofit said. 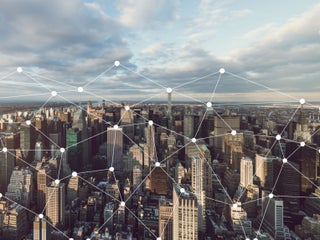 The comments on CNN come days after Adams said he would accept his first few paychecks as New York City's mayor in bitcoin. 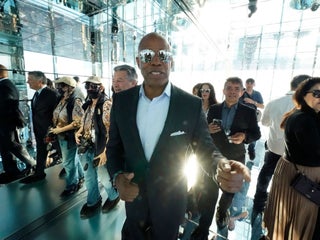 "NYC is going to be the center of the cryptocurrency industry and other fast-growing, innovative industries! Just wait!" Mayor-Elect Eric Adams said. 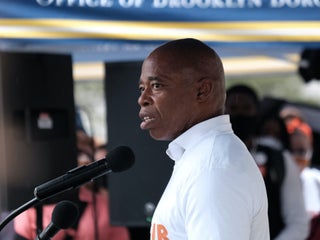 A reporter saw Adams "climb into the car from the passenger side, shimmy into the driver's seat, then drive the car up onto the sidewalk." 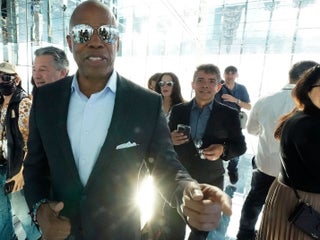 NYC’s likely next mayor wants to tackle the housing crisis. ‘We need to look at those sacred cows like SoHo.’

Eric Adams, winner of the Democratic primary for mayor, says it's time for rich, exclusionary neighborhoods to add more homes for the poor. 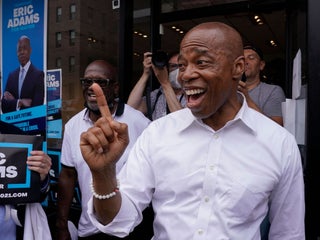 Despite giving an elaborate tour of his Brooklyn brownstone back in June, a new report has raised more questions over where Adams actually lives. 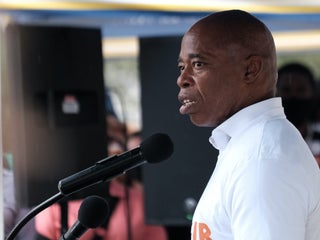 NYC Democratic mayoral nominee Eric Adams says the city has been ‘dysfunctional’ for ‘so many years,’ and pledges pro-business climate

Adams said he plans to tackle issues like gun violence and housing affordability, invest in green jobs, and make NYC "the center of cybersecurity."

The Board of Elections screwed up and the candidates didn't play the system to their advantage until the end. But up and down the ballot, it worked. 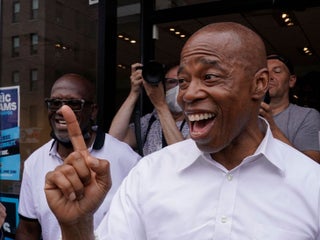 Bill de Blasio criticizes the field of NYC mayoral candidates: ‘Is this really as good as it gets?’

During an interview with Politico magazine in Brooklyn, de Blasio slammed the mayoral candidates as "petty" and "lacking in a compelling vision." 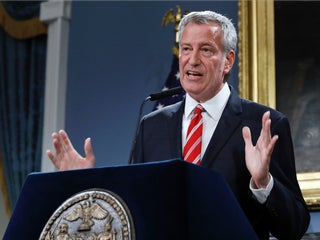 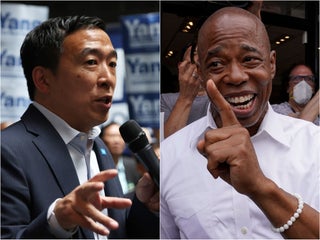 Adams said it was "so unfortunate" that the singer was paralyzed by the lights falling on him, "but it was an amazing concert before that happened." 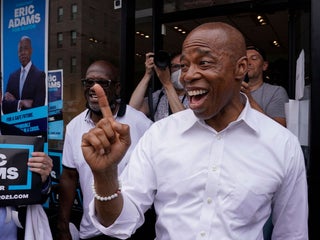