The International Energy Agency said that renewable energy sources increased by 45% during the COVID-19 pandemic in 2020 while oil demand fell. 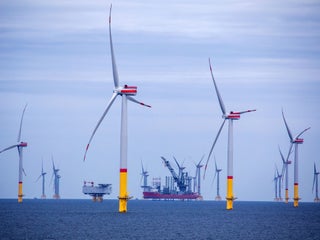 Investment in new renewable energy projects has plummeted as the Australian government goes missing on policy, according to the latest Clean Energy Council (CEC) analysis. From a peak at the end of 2018 of 4500 megawatts (MW) worth of projects, the last two quarters have seen funded new projects drop […]

Why the economics of coal don’t stack up in Australia

Renewables are stealing the march over coal in Australia, and the international outlook is for lower coal demand. Today the international Coal Transitions project released its findings, based on global coal scenarios and detailed case studies by teams in China, India, South Africa, Australia, Poland and Germany. Our research on […]

Last Friday the Australian Energy Market Operator (AEMO) released its annual Electricity Statement of Opportunities. This was widely (and inaccurately) reported as predicting widespread blackouts. The Sydney Morning Herald reported “a one in three chance of power failure in Victoria unless immediate action is taken”, a prospect described by Victoria’s […]

The finer policy details of the of the proposed National Energy Guarantee (NEG) have begun to leak onto newspaper front pages and websites, ahead of Friday’s crucial meeting of federal and state energy ministers. The good news is that the leaked information suggests solid progress has been made over the […]

Treasurer Scott Morrison has blasted a call by Coalition MPs for the government to build a coal-fired power station, saying it would not provide cheap electricity as claimed, but power that could be twice as expensive. With a ginger group of Liberal and Nationals MPs called the Monash Forum demanding […]

Alinta Energy has been in discussions with Prime Minister Malcolm Turnbull to buy the ageing Liddell coal-fired power station in the NSW Hunter Valley from AGL. The government has been trying to convince AGL, which is planning to close Liddell in 2022, to keep it online for an additional five […]

More than 20 Coalition backbench MPs, including some of Malcolm Turnbull’s main political rivals, have formed a governmental lobby group to push for more coal-fired power stations in Australia. The group, called the Monash Forum after the WWI brigadier general and engineer credited with establishing Victoria’s state-owned, coal-fired power industry […]

Hot weather in Victoria left nearly 50,000 homes in Victoria without power on Sunday night, with nearly 20,000 properties on the Bellarine Peninsula, near Geelong, left without power overnight. Blackouts have continued into Monday afternoon, including the Melbourne suburbs of Altona and South Yarra, as the political fight over who’s […]

Elon Musk will get paid for building the world’s largest lithium ion battery in South Australia, with testing on the 100-megawatt project about to begin ahead of next week’s December 1 deadline to built it in 100 days, or it’s free. State premier Jay Weatherill announced today that regulatory testing […]

John Quiggin, The University of Queensland The most important thing to understand about the federal government’s new National Energy Guarantee is that it is designed not to produce a sustainable and reliable electricity supply system for the future, but to meet purely political objectives for the current term of parliament. […]

The Australian government has dumped the key recommendation of a review into Australia’s energy market by Chief Scientist Dr Alan Finkel to reduce carbon emissions in favour a scheme its calling the “National Energy Guarantee”. The proposal for a clean energy target, also known as a “low emissions target” (LET) […]

When the Australian Consumer and Competition Commission (ACCC) released its 175-page Retail Electricity Pricing Inquiry preliminary report today, chairman Rod Sims said the main reason bills have gone up was higher network costs. It was “a fact which is not widely recognised,” he added. If so, then it’s only because […]

The competition watchdog’s preliminary report into power prices found that investment in ‘poles and wires’ makes up 48% of energy bills Between 2007–08 and 2015–16, increases in residential bills were primarily driven by higher network costs. Over this period, wholesale energy costs actually decreased in real terms. Higher wholesale costs […]

EXPLAINER: 13 terms you need to know in Australia’s energy debate

Australia’s energy market is a prominent fixture in our daily news cycle. Amid the endless ideology and politics swirling around the sector, technical terms such as “baseload power” and “dispatchable generation” are thrown around so often that there is a danger the meaning of these terms can get lost in […]

There are 22,000 potential sites across Australia for Malcolm Turnbull’s favourite renewable – pumped hydro

The race is on for storage solutions that can help provide secure, reliable electricity supply as more renewables enter Australia’s electricity grid. With the support of the Australian Renewable Energy Agency (ARENA), we have identified 22,000 potential pumped hydro energy storage (PHES) sites across all states and territories of Australia. […]

The proposed closure date for Liddell, AGL’s ancient and unreliable coal power station, is five years and probably two elections away. While AGL has asked for 90 days to come up with a plan to deliver equivalent power into the market, state and local governments, businesses and households will continue […]

Prime minister Malcolm Turnbull is trying to find a private buyer for AGL’s coal-fired Liddell power station in a bid to keep it open for an extra five years. Yesterday during question time, the PM said he and energy minister Josh Frydenberg were in discussions with AGL “about how we […]

Activision Blizzard soars 38% after Microsoft reportedly agrees to acquire the...