How to make a hanging indent in Google Docs, for works cited pages and other forms

You can make a hanging indent in Google Docs using the ruler tool, which lets you change the margin size. 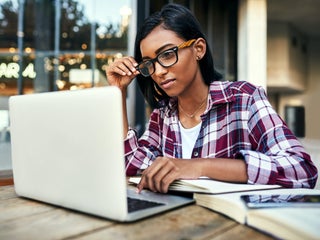 You can use Track Changes in Word to record every edit made in a document, either by yourself or others. 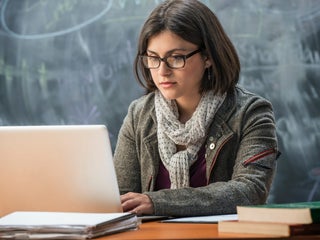 You can add Grammarly to Word by downloading the Microsoft Office plugin or through Microsoft AppSource. 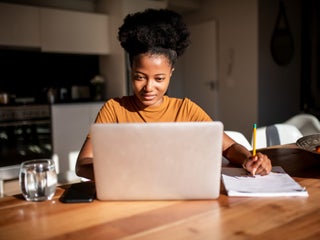 How to run a spell check in Google Docs in 2 ways, to fix spelling and grammar errors

There are two ways to spell check in Google Docs. You can right-click as you go to receive spelling or grammar suggestions from Google’s automatic spell checking algorithm. Alternatively, you can also use the spell checker function when you’re done writing, and Google Docs will check the entire document at […] How to crop a photo on your iPhone in two simple ways, and revert a cropped photo back to its original version

You can crop a photo on the iPhone in two easy ways – editing with the Photos app, or directly after taking a screenshot. If you want to restore a cropped photo to its original version, use the Revert tool in the Photos app. Visit Business Insider’s homepage for more […] The Kardashian and Jenner sisters are frequently accused of doctoring their photos. Khloe Kardashian has been criticised of potentially editing her hair, head, and hands in photos. Kim Kardashian allegedly brightened the colour of her eyes in one photo. In one Calvin Klein ad, Kourtney Kardashian appears to have a […] Investigators say parents edited their kids’ heads onto stock photos of athletes to improve their chances of getting into elite colleges. At least 40 people, including actors Felicity Huffman and Lori Loughlin, were indicted by the FBI and the US attorney’s office in Boston. Investigators have accused some parents of […]

The 11 biggest photo-editing scandals of 2018

Editing photos is commonplace today, with everyone from Kim Kardashian West to noncelebrities using photo-editing apps to alter their appearance. But where there’s editing there are editing fails, from Instagram selfies to the covers of famous magazines. At least 11 photos caused a ruckus on the internet in 2018 for […]

Instagram is one of the most popular social media apps currently available, allowing users to share pictures, videos, and livestreams of their daily lives. The Facebook-owned app is pretty casual – with face filters, stickers, and location tags – but it might leave some more serious photographers wanting more. VSCO, […] Action films have a long tradition of its own. The genre often feels as though it was made for cinema, a medium designed to capture movement and momentum. And for some time, nothing really changed with how action movies were shot, until recently. Using director Doug Liman and Paul Greengrass’ […] This laptop comes with 3 screens that fold out

At this year's Consumer Electronics Show in Las... Is the MacBook Pro good enough for real professionals?

Apple's redesigned MacBook Pro has been... VIDEO: Apple's new MacBook Pro offers something never seen on a MacBook before -- the Touch Bar, which can change its functionality based on what application you're using. However; not everything about the new laptop is great. Ernest Hemingway’s famous advice was to “write drunk, edit sober”. Alcohol and writing certainly have a reputation as bedfellows, with famed authors David Foster Wallace, Edgar Allan Poe, Truman Capote, and Hemingway himself, being heavy drinkers. In truth, Hemingway probably never said that famous line which has been attributed to […]

For the dozens of writing and editing positions... My least favourite part about writing is how... Great with words and numbers? Up on the latest tech trends? Come join us! BI Intelligence is hiring a senior editor

We're looking for candidates with great editing and writing skills. We're looking for candidates with great editing and writing skills.