Lufthansa is trialing a new concept that will allow economy passengers to lie flat on long-haul flights. The Sleeper’s Row lets travellers enjoy a whole row of 3-4 seats to themselves. The package comes with a mattress topper and business class blanket and cushion. Currently being trialed on the Frankfurt […] 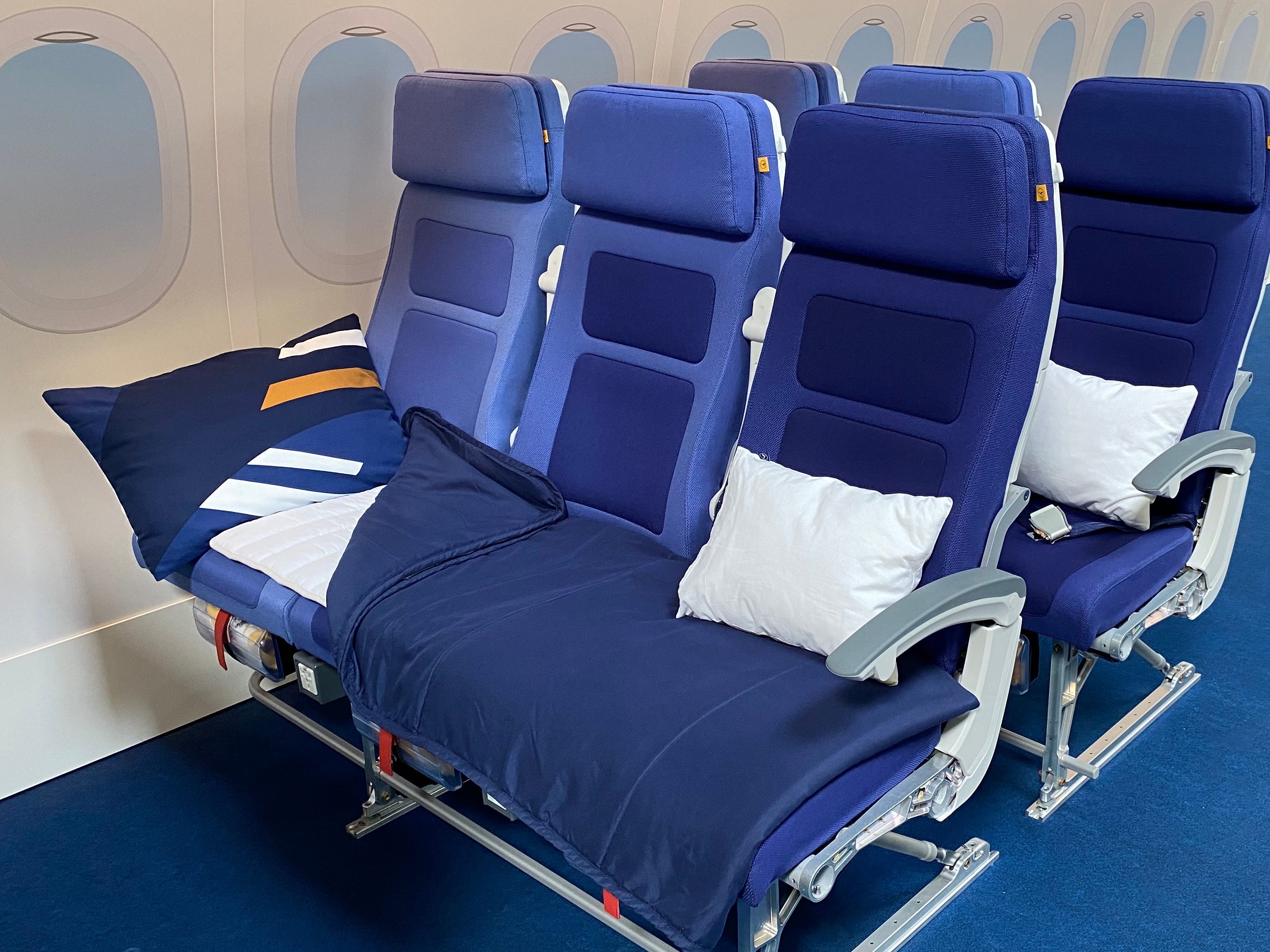 Flying sucks. That’s something most of us can agree on. But some airlines are much, much worse than others. The goal of choosing an airline: to make the process of getting from point A to point B as painless as possible. Jetblue has consistently earned sky-high customer satisfaction ratings. So […]
Lifestyle Jul. 27, 2018, 11:56 PM

I ordered a “low calorie” meal on a recent transatlantic British Airways flight for free – and I’ll never eat the standard economy food again. There are a number of special meals you probably didn’t realise you could order. Ordering a special meal also means you get served first. Scroll […]
Markets Mar. 2, 2018, 2:33 AM

British Airways is celebrating its 100th birthday this year. The century-old airline’s forerunner, Air Transport and Travel Limited, commenced daily international flights in August 1919. Last year, I flew in British Airways’ “World Traveller” economy-class cabin from London to New York to see what the experience was like. With dozens […]
Lifestyle Feb. 23, 2018, 11:45 AM

With dozens of flights a day operated by several major airlines, the New York-London route is a high-traffic, competitive route. American Airlines and British Airways, which operate a transatlantic joint venture, offer the most flights a day and are considered one of the most prolific operators of the route. I […]
Markets Jan. 19, 2018, 5:13 AM

Over the past few years, British Airways flyers have seen a number of service cuts, ranging from ultra-cramped cabins to fees for tea. In news sure to please passengers, the airline recently announced a revamp of its catering service in the economy cabin for long-haul flights. The new service began […]
Markets Dec. 27, 2017, 12:00 PM

Qantas recently added the Boeing 787-9 Dreamliner to its fleet. The plane features a new economy class seat with a foot net. The foot net is like having an ottoman where you can prop up feet on a long flight. As much as airlines want to wow us with their […]
US Oct. 6, 2016, 12:15 AM

Many travellers bought travel pillows for their flights, only to find that it is extremely frustrating to find a comfortable sleeping position with them. FaceCradle is a newly designed travel pillow from Hairy Turtle Pty that is aimed to fix the problem with traditional travel pillows.