In a highly unusual move, the Justice Department on Tuesday attempted to take over President Donald Trump’s legal defence in a defamation lawsuit brought by the writer E. Jean Carroll, who has accused him of rape. A claim the president denies. Attorney General William Barr told reporters Wednesday that the […] 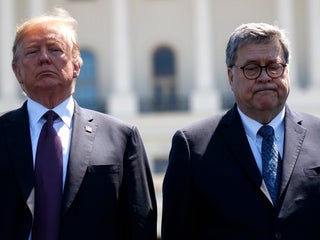 The Justice Department seeks to intervene in a lawsuit brought by Trump’s rape accuser, which would leave taxpayers footing the legal bills

The Department of Justice is seeking to represent President Donald Trump in a defamation lawsuit brought by the writer E. Jean Carroll, who has accused him of rape, according to court documents filed Tuesday. In the highly unusual move, DOJ lawyers argued Trump was acting in an official capacity when […] 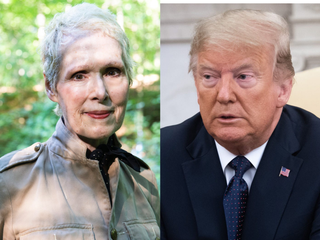 Michael Cohen says Trump once leered at his 15-year-old daughter and asked: ‘When did she get so hot?’

President Donald Trump’s former personal lawyer and fixer, Michael Cohen, said Trump once leered at Cohen’s teenage daughter in 2012. Cohen said he, his daughter, and Trump were at his New Jersey golf club when Cohen caught Trump staring at his daughter. Cohen included the detail in his upcoming memoir, […] 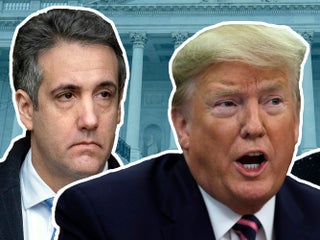 Advice columnist and Trump sexual assault accuser E. Jean Carroll says she was fired from Elle magazine after the president dragged her ‘through the mud’

Longtime Elle advice columnist E. Jean Carroll tweeted Tuesday that the magazine fired her after 26 years. Carroll has accused Trump of raping her in ’95 or ’96. She has filed a defamation suit against him for saying she lied about it. Carroll linked to a Tuesday story in Bloomberg […] 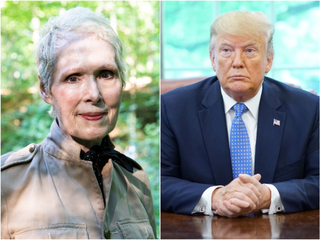 Columnist E. Jean Carroll, who accused President Donald Trump of raping her two decades ago, won a key victory on Thursday in her defamation suit against the president. She is accusing Trump of hurting her reputation by accusing her of lying and otherwise attacking her. The judge presiding over the […] A defamation expert says E. Jean Carroll’s lawsuit against Trump could set an important precedent, but Trump will probably settle it before trial

On Monday, E. Jean Carroll, the 75-year-old advice columnist who accused President Donald Trump of raping her in the mid-90s, filed a defamation lawsuit against him. Business Insider spoke to Christy Eikhoff, a partner at the law firm Alston & Bird who specialises in defamation cases, to explain the nuances […] E. Jean Carroll, who accused Trump of rape, just filed a defamation lawsuit against the president

On Monday, longtime Elle magazine advice columnist E. Jean Carroll filed a defamation lawsuit against President Donald Trump. Carroll made headlines in June when she accused the president of raping her in a Bergdorf Goodman dressing room in the mid-90s. Trump denied the allegation and said he had never met […] ‘I’m so glad I’m not his type’: Columnist E. Jean Carroll fires back at Trump after his response to her allegation of sexual assault

Former Elle columnist E. Jean Carroll responded to President Donald Trump saying she was not his “type,” following her sexual assault allegation again him. “I love that,” Carroll said during a CNN interview Monday. “I’m so glad I’m not his type.” Carroll, a prominent New York-based writer, alleged last week […] Columnist E. Jean Carroll said she wouldn’t bring a rape charge against President Donald Trump based on her allegation of an assault from the mid-1990s. In an interview with MSNBC after the account was revealed, Carroll recounted the allegations and said it took years of experience reading other women’s accounts […]