Scribd has launched its e-book subscription service in Australia, putting it in direct competition with Amazon

Scribd announced it will enter the Australian e-book market with a subscription service, competing with Amazon and Audible. The platform will offer a $13.99 a month subscription for Australian readers that will give them access to Scribd’s stable of two million local and international e-books. Andrew Weinstein, Scribd’s vice president […]

Amazon is the only US publisher that does not sell e-books or audiobooks to libraries. 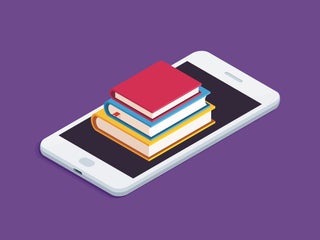 If you have Amazon Prime, you probably already use its free 2-day shipping and Instant Video services. However, there are many other benefits as well, like access to free music and books. Here are seven Amazon Prime features that you may not have known you had access to. Visit Business […]

If you have Amazon Prime, you probably already... Japanese readers spend the most on electronic books NPR reported Friday that authors are increasingly able to make a better living for themselves by ditching big-name publishers and selling their books themselves through Amazon. Self-publishing used to be associated with failure. But that stigma is going away as many authors say they’re making more money through self-publishing than […] After Building A Powerful Recommendation System For Netflix, This Guy Wants To Help You Find Your Next Favourite Book Yesterday a judge ruled that Apple conspired to raise e-book prices with five of the largest publishers in 2010. [credit provider=”Reuters”] NEW YORK (Reuters) – As the only remaining defendant in the U.S. government’s e-books antitrust case, Apple Inc. appears headed for a high-stakes trial that could significantly increase the personal computer company’s liability in related litigation.Apple faces a June 3 trial date over civil allegations by the U.S. […] [credit provider=”Instagram/hifromkai” url=”http://statigr.am/p/338452533055434951_175206643″] Amazon recently announced a new  feature called AutoRip that provides CD buyers with free digital copies of those tracks.As the name suggests, it just offers as a convenience what CD owners can do to copy songs from a physical disc to their computers and MP3 players already. CHART OF THE DAY: The Death Of The E-Book Reader

It was a nice, but short-lived run for the e-ink based e-reader. iSuppli says sales of e-readers like the Amazon Kindle and the Nook have peaked. It’s all downhill from its 2011 high of 23.2 million units. The iPad, Kindle Fire HD, and other tablets are killing the e-reader, says […] More than 30 per cent of American adults use their tablet devices daily to read news. Why I Was Wrong About Hating E-Books

[credit provider=”Steve Kovach, Business Insider”] I railed against e-books about a month ago.My biggest issues were their cost and use of DRM. CHART OF THE DAY: A Lot More People Read E-Books On Their Computers Than You realise

The Pew Research Group did a survey of people’s e-reading habits, and one of the most surprising take aways is how many people read e-books on a desktop or a laptop. For people under 30, it’s the most popular way to read an e-book, surpassing e-readers, smartphones and tablets. Why I Hate E-Books

I reserve the right to change my mind on this down the road, but as a confirmed grump with Luddite tendencies, I have no interest in buying e-books. Get Your Hands On 20 Banned Books For Free

[credit provider=”www.imdb.com” url=”http://www.imdb.com/title/tt0087803/”] What do classic “Huck Finn,” Pulitzer Prize winner “Grapes of Wrath,” and book-turned-film “Clockwork Orange” have in common?They’ve been banned, burned, and banished from classrooms. They’re also celebrated during Banned Books Week – which is this week. Sales Of E-Books For Kids Have Exploded This Year [credit provider=”By of the holly on Flickr, via Buzzfeed” url=”http://www.buzzfeed.com/mjs538/portraits-of-closed-bookstores”] A federal judge on Thursday approved a settlement in a case accusing publishers of conspiring to raise e-book prices over protests the deal could devastate bookstores, the Wall Street Journal reported.Three publishers agreed to the settlement with the Justice Department, […] 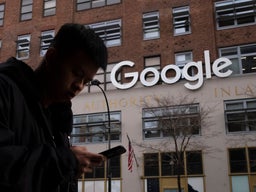