Conor McGregor said he deserved to lose to Dustin Poirier, and is now talking up a trilogy bout with the American

Conor McGregor has accepted that he deserved to lose to Dustin Poirier. McGregor said he was looking past Poirier and to a lucrative bout involving Manny Pacquiao. After his defeat, he now wants a trilogy bout with Poirier to settle their rivalry. Visit Insider’s homepage for more stories. Conor McGregor […] 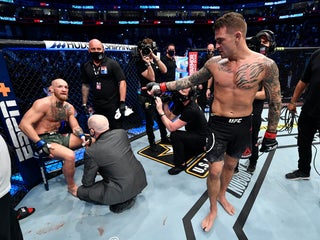 Conor McGregor wants a UFC title shot even though he was just obliterated in his most recent fight, coach says

Conor McGregor wants to fight Dustin Poirier in an immediate rematch, trainer John Kavanagh says. The Irishman on Saturday suffered a second-round knockout loss to Poirier, bringing their rivalry to 1-1. McGregor wants the trilogy bout to have the UFC lightweight title on the line, his coach says. Visit Insider’s […] 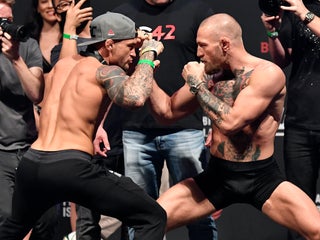 Conor McGregor was forbidden from competing in professional fighting for 180 days. The medical suspension follows his second-round knockout loss to Dustin Poirier on Saturday. The Irishman can have the suspension reduced once a doctor confirms his leg injuries have healed. Visit Insider’s homepage for more stories. FIGHT ISLAND â€” […] 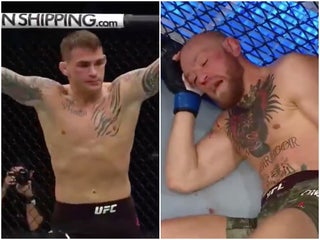 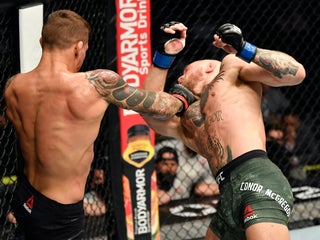 The UFC has uploaded the full video of Dustin Poirier’s bloody victory over Dan Hooker. The lightweight fight took place in 2020, with Poirier cutting Hooker and winning a five-round decision. Fans can re-live the battle in full ahead of Poirier’s return to the Octagon on January 23 as he […] 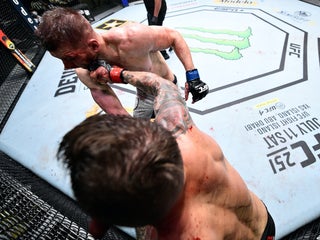 Dustin Poirier said Monday that negotiations for a lightweight match with Conor McGregor are “alive.” However, he also added that there remains one issue before a likely bout announcement, and that is one of scheduling as the Irishman wants the fight to take place before the end of the year. […] 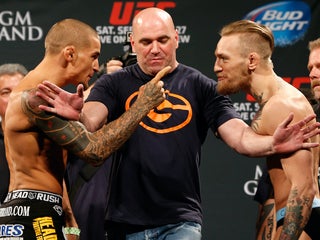 Dustin Poirier says Conor McGregor wants to fight him because he’s a southpaw like Manny Pacquiao, and it would be good preparation for a possible super fight

Dustin Poirier and Conor McGregor continue to negotiate a UFC lightweight bout, with the Irishman wanting the fight to take place next month or in December. Poirier said McGregor may be determined to fight him because he is a southpaw, and could provide good preparation for a lucrative boxing match […] 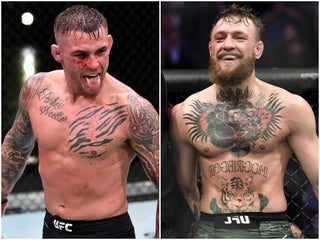 Conor McGregor has accepted a lightweight match against Dustin Poirier providing one condition is met. McGregor wants the fight to take place next month. The Irishman, who last fought in January, is eager to get a fight booked in 2020 and says he would fill currently vacant pay-per-view dates in […] 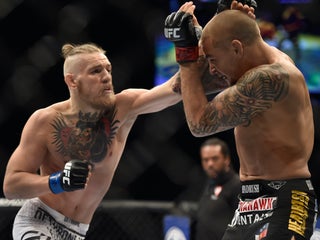 Conor McGregor could make his comeback to the UFC in the coming months. The UFC recently offered McGregor and Dustin Poirier a fight against one another. According to reports, the UFC president Dana White and Poirier are both on board and McGregor is expected to respond imminently. Poirier lost by […]

Dustin Poirier just beat Dan Hooker in one of the greatest mixed martial arts matches you’ll see all year. Poirier and Hooker main-evented Saturday’s ‘UFC on ESPN’ behind-closed-doors show at the UFC’s TV-studio called Apex, in Las Vegas. Both fighters combined to throw 572 strikes in a bout which saw […] 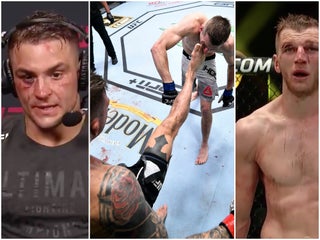