I flew from London to Dublin to be with my family during the coronavirus. Here’s what it was like to fly in Europe as it shuts down over the outbreak.

I flew from London to Dublin on Monday night, and it was a truly eerie experience. London’s Stansted Airport was almost entirely deserted, and I had never seen a flight so empty. I flew one day before the UK government advised against non-essential travel abroad, but the impact that the […] 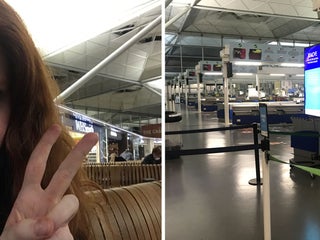 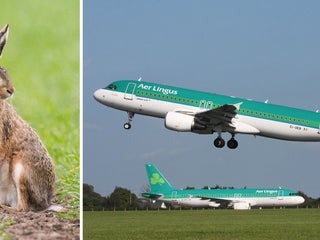 An Irish woman who married an ISIS fighter and moved to Syria was deported on Sunday and immediately arrested on suspicion of terrorist offences. Lisa Smith, who left Ireland in 2015, was flown back on Turkish Airlines with her two-year-old daughter, who is now with family. Ireland said it is […] An American Airlines flight scheduled to fly from London to Philadelphia made an emergency landing in Ireland after a chemical spill on board left two flight attendants unconscious. The pilot said that a spilled cleaning fluid had briefly knocked the two crew members out and left people complaining of irritated […] Dublin Airport was shut down briefly on Thursday because of a drone flying over the airfield. The airport tweeted at 11:56 a.m. local time saying they had suspended all flights due to a “confirmed sighting of a drone over the airfield.” Eight minutes later they re-opened the runway and flights […]