The never-before-seen technology has several advantages, but the idea stemmed from airport gate space limitations and the 777x's huge wingspan. 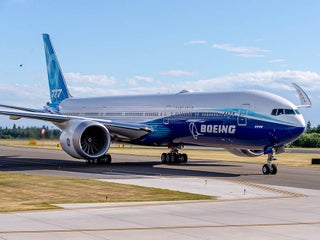 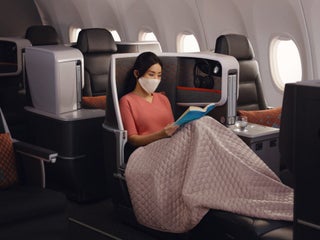 Boeing sold 60 of its 737 Max plane in the first days of the Dubai Air Show, ending a dry spell since the jet was grounded

Boeing has sold 60 of its 737 Max jets so far at the Dubai Airshow. The orders came from three different airline customers. The orders are among the first that Boeing has received since the 737 Max was grounded in March 2018 – aside from a tentative order for 200 […] Best moments from the biggest ever. BOEING: We Need Six More Months To Fix The Dreamliner

Boeing will need about half a year to resolve the “teething” issues that have plagued its 787 Dreamliner over the past two years, and make the plane as reliable as the stalwart 777 jet. Speaking at a press conference before the Dubai Air Show, Marty Bentrott, a Boeing regional sales […] Iraqi Airways has placed a firm order for five Bombardier CS300 commercial jets, with options for 11 more, it announced today at the Dubai Air Show. Nonetheless, it’s a good sign for Bombardier, which launched the CSeries family of jets as a challenger to the Boeing 737 and Airbus A320. […] Boeing opened up the Dubai Air Show with a bang this weekend, unveiling its long-awaited 777X commercial jet and announcing it had already sold 259 to four airlines, worth more than $US95 billion. The 777X is a refreshed version of the 777, with a longer, composite wing and a new […] Emirates, the Dubai-based airline, has ordered 50 Airbus A380 jets, it announced Sunday at the Dubai Air Show. The $US20.2 billion deal is a reversal of fortune for Airbus, which had not sold a single A380 in 2013. Just a few weeks ago, Reuters reported, the plane maker was considering […] BOEING: The Middle Eastern Plane Market Is Worth $US550 Billion

According to Boeing, Middle Eastern airlines will need more than 2,600 new planes in the next 20 years, a market worth about $US550 billion. Air traffic in the region is growing much faster than in the rest of the world, and airlines like Etihad, Emirates, and Qatar Airways are more […] [credit provider=”Boeing”] Boeing and Airbus pulled in billions at this week’s Dubai Air Show, the biggest event of its kind in the Middle East and one of the few bright spots left for global aviation.It kicked off Sunday with a record deal for Boeing, more than $24 billion worth of […]