Dropbox announced it is laying off 315 employees, or 11% of the total workforce

Dropbox is laying off 315 employees, or 11% of its workforce, the company announced on Wednesday. “The steps we’re taking today are painful, but necessary,” CEO Drew Houston said in a statement. Dropbox announced its first profitable quarter in May 2020, driven in part by a increased online work during […] 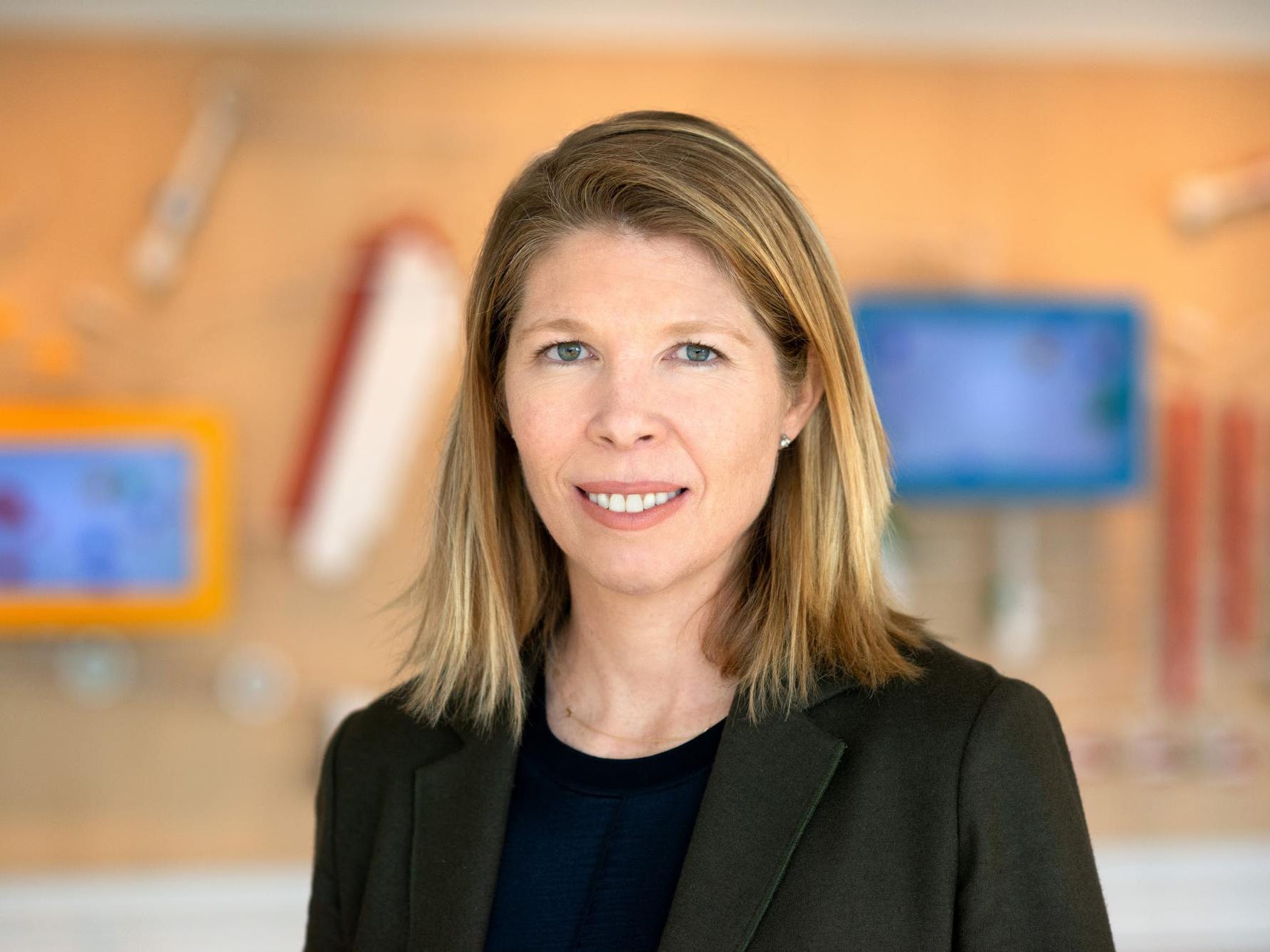 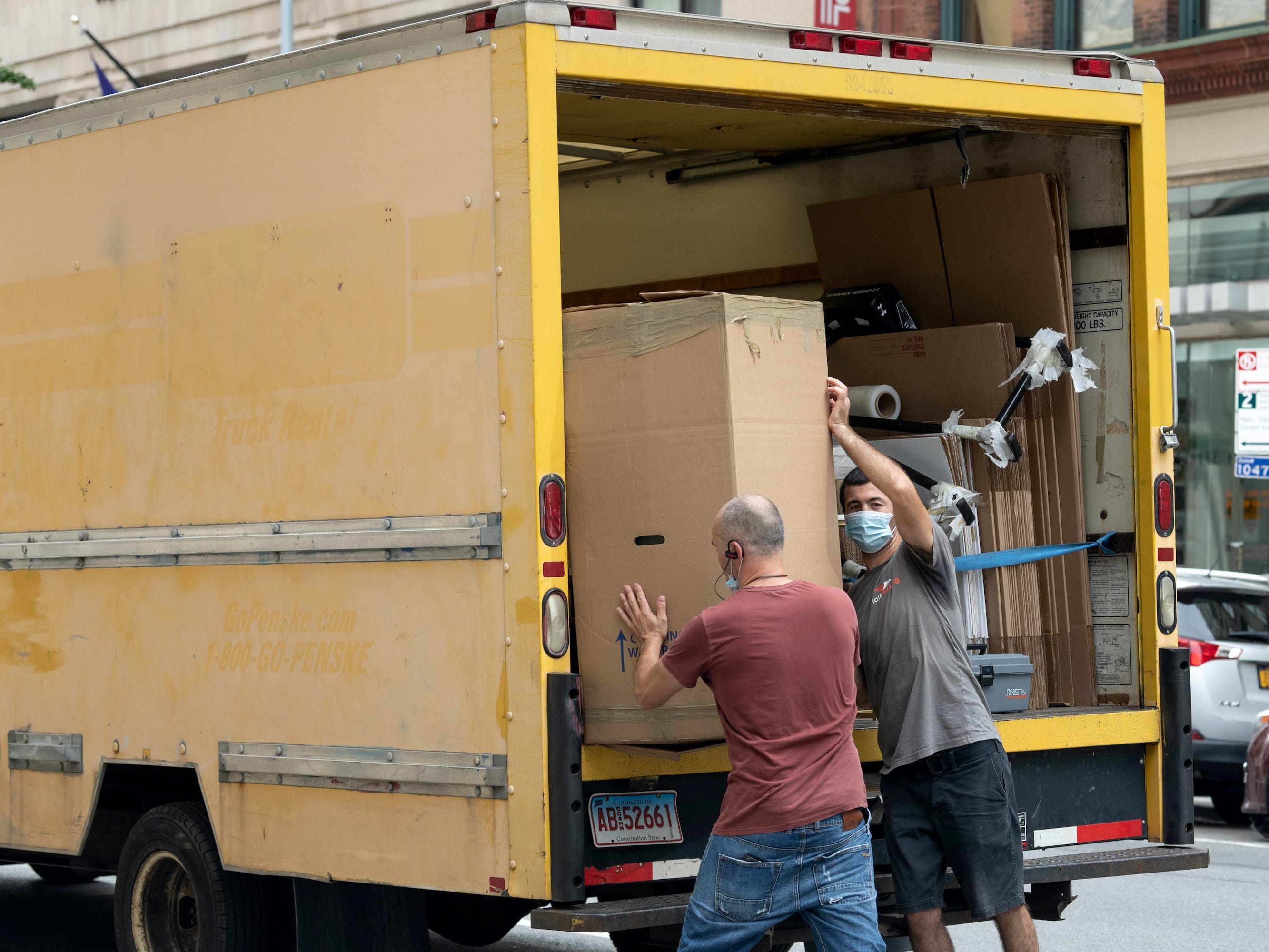 Dropbox CEO Drew Houston is moving to Austin, the latest in a string of high-profile tech moguls abandoning Silicon Valley amid the pandemic

Dropbox CEO Drew Houston is moving to Austin, according to a report from The Information. Houston’s departure from Silicon Valley is the latest in a string of high-profile moves during the pandemic. Investor Keith Rabois is moving to Miami, Palantir cofounder and venture capitalist Joe Lonsdale is also moving to […] 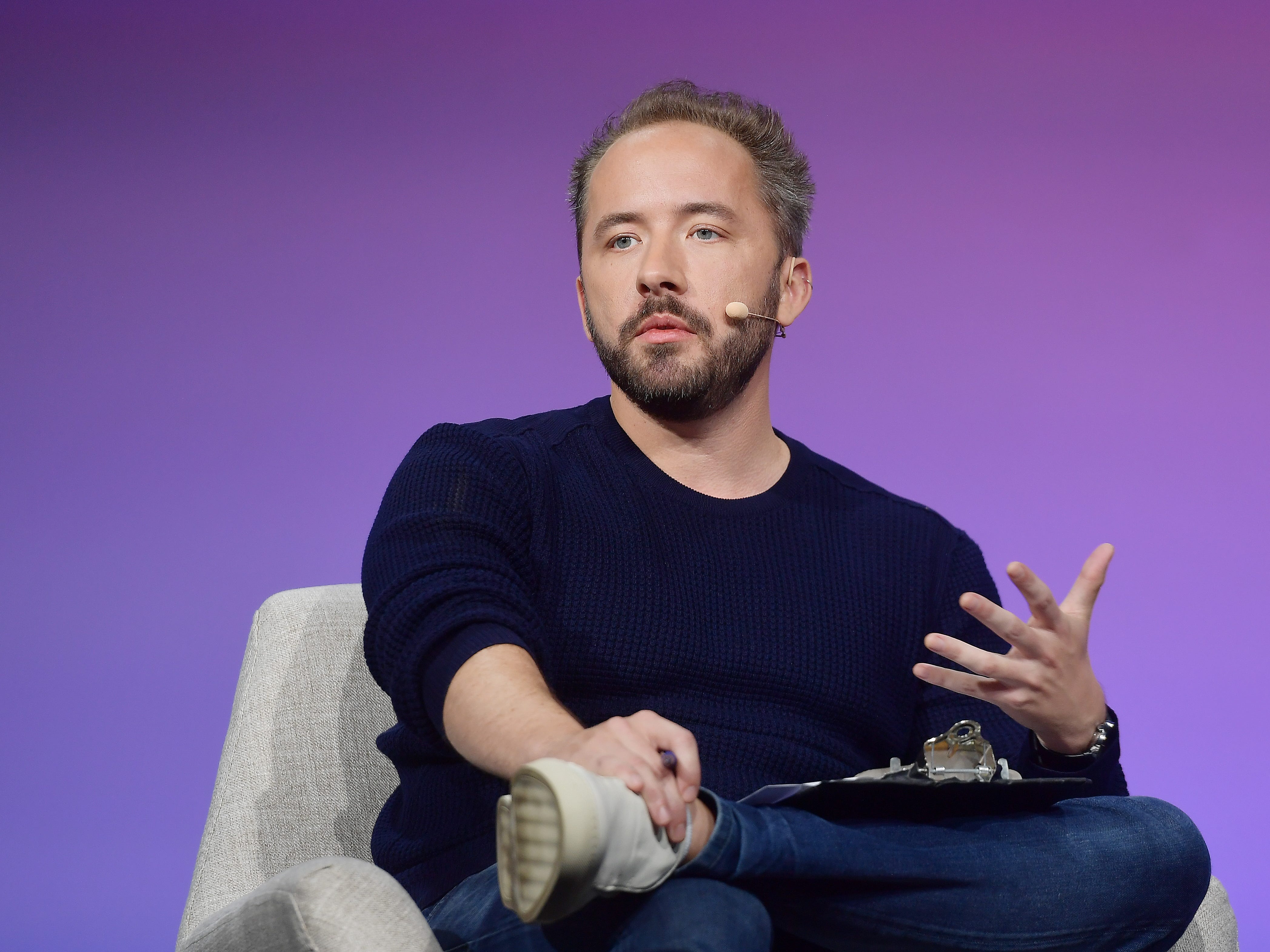 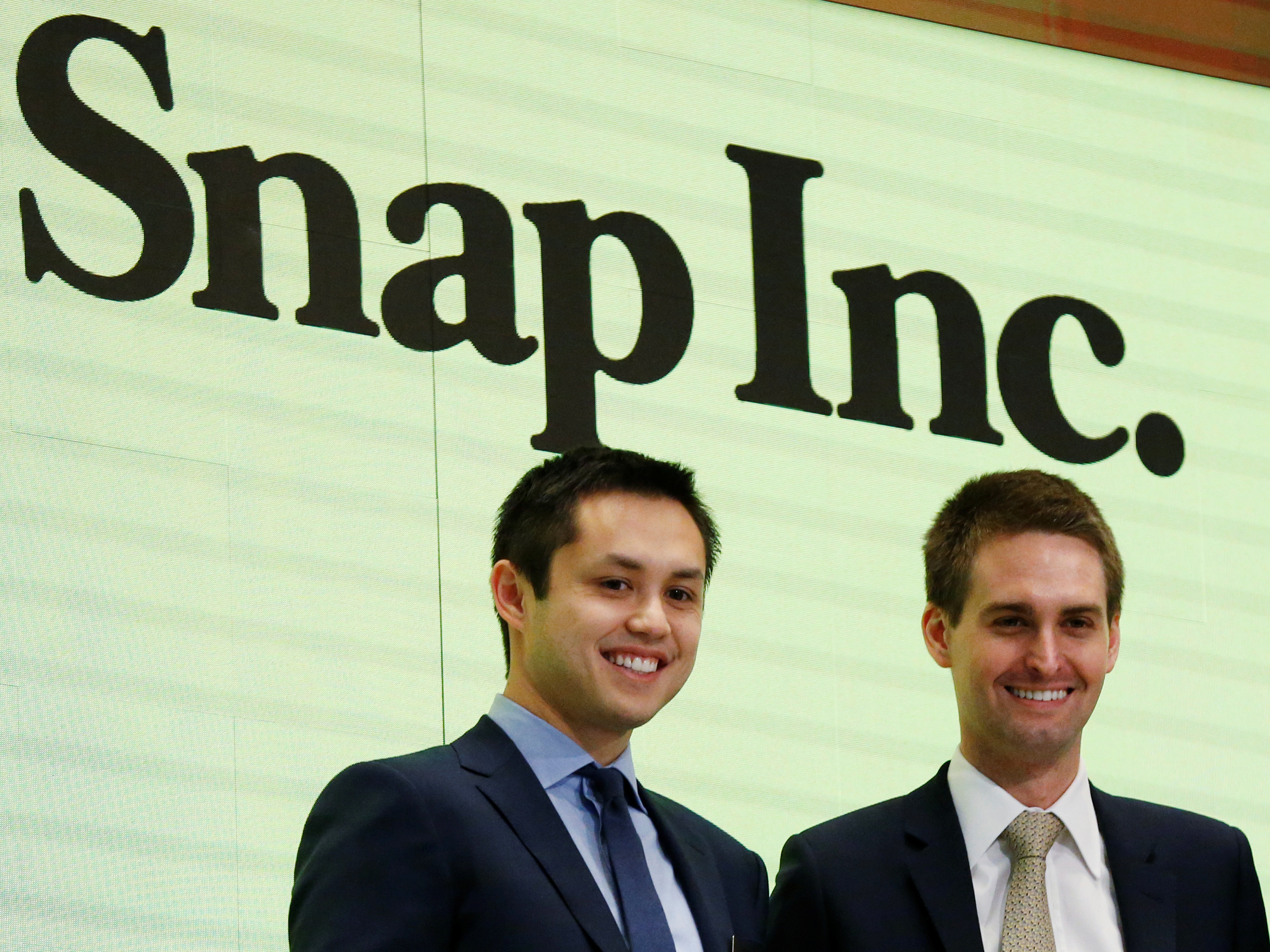 Dropbox CEO Drew Houston has been appointed to Facebook’s board of directors. “Drew brings valuable perspective to our board as a leader of a technology company with services used by millions of people and businesses,” Facebook CEO Mark Zuckerberg said in a statement. There has been significant turnover on Facebook’s […] At IGNITION 2018, Dropbox CEO Drew Houston and Y Combinator cofounder Paul Graham talked about how the two met, coming up with the idea for Dropbox on a Chinatown bus, and the issue with “zombie startups.” The CEO of Dropbox explains the one thing that’s worse than having your startup fail: becoming a ‘zombie startup’

At Business Insider’s Ignition conference, Dropbox CEO Drew Houston explained the one thing that’s even worse than a failing startup: a “zombie startup.” A zombie startup is a company that’s neither “succeeding nor dying.” Houston said focusing on growth is the best way to avoid “zombie mode.” Turns out, there […] $9.95 billion Dropbox beats Wall Street expectations, but analysts still aren’t sure if it can crack the enterprise space

Dropbox posted $US360.3 million in revenue in the third quarter. That beat Wall Street’s forecasts, but analysts’ expectations were low. Dropbox has been trying to break into the enterprise space, but investors and analysts see that as a big challenge, since its service was originally targeted at consumers. The company’s […] Paul Graham is a prolific investor and entrepreneur who cofounded the world’s most influential startup accelerator, Y Combinator. Since its launch in 2005, the accelerator has invested in more than 1,300 startups. One such startup that has benefited from Y Combinator’s incubator programming is Dropbox, a business collaboration platform helmed […] Prepare for the year ahead with insights from today’s brightest minds. Join us at Business Insider’s flagship conference,IGNITION: Media, Technology & Transformation, now in its ninth year. This year’s speakers are innovators transforming media, technology, and society. The lineup is packed with top executives from some of the hottest tech […] Dropbox crushes Wall Street expectations on earnings, but a key exec is stepping down and the stock is tanking

Following is a transcript of the video. Steve Kovach:Shifting gears a little bit I want to talk about diversity and gender issues in the Valley. I don’t know if you’ve read it but I was really into this book by Emily Chang from Bloomberg, “Brotopia.” One of the things they […] Dropbox CEO Drew Houston famously turned down Steve Jobs when Jobs offered to acquire the company. After the rejection, Jobs not-so-subtly implied that he’d have to put Dropbox out of business instead. The following is a transcript of the video. Steve Kovach:You have this interesting legend of the time you […] Dropbox CEO Drew Houston famously turned down Steve Jobs when Jobs offered to acquire the company. After the rejection, Jobs not-so-subtly implied that he’d have to put Dropbox out of business instead. On Friday, Dropbox went public, with its stock popping 35% by the end of the first day of […] Dropbox went public on Friday, and is now worth $US12 billion. In 2007, Houston was just trying to get his startup off the ground as a solo founder, and applied to the presitigous Y Combinator program for his first funding. On the application, he says he would have sold Dropbox […] Dropbox filed to go public on Friday, revealing CEO Drew Houston’s salary for the first time. Houston took home about $US110 million in cash and stock in 2017. He stands to make a lot more, thanks to an incentive system tied to Dropbox’s share price: If Dropbox shares hit $US60, […] The CEO of Box was gracious and funny in welcoming Dropbox, his highest-profile competitor, to the ranks of the publicly-traded tech companies. But Box CEO Aaron Levie, who’s been known to smack-talk Dropbox, did have a funny bit of advice for Dropbox CEO Drew Houston: Watch out for grey hairs. […] Condoleezza Rice, Meg Whitman, Drew Houston, and everybody else who’s poised to get richer from the Dropbox IPO

Dropbox filed its S-1 on Friday, revealing ample information about who owns stakes in the $US10 billion file sharing company. Among its biggest shareholders are CEO Drew Houston and his co-founder Arash Ferdoswi. Perhaps more surprising though: Former HP Enterprise CEO Meg Whitman and former US Secretary of State Condoleezza […] The rise of Dropbox CEO Drew Houston, who just made the Forbes 400 after taking his company public

Drew Houston is on top of the world. His company, Dropbox, recently went public, making it Y Combinator’s first startup to ever IPO. The file-sharing service that began as a two-person team in 2007 is now a sprawling enterprise with more than a thousand employees and a stock ticker symbol […] Workday falls 7% on report that Amazon has canceled its contract...