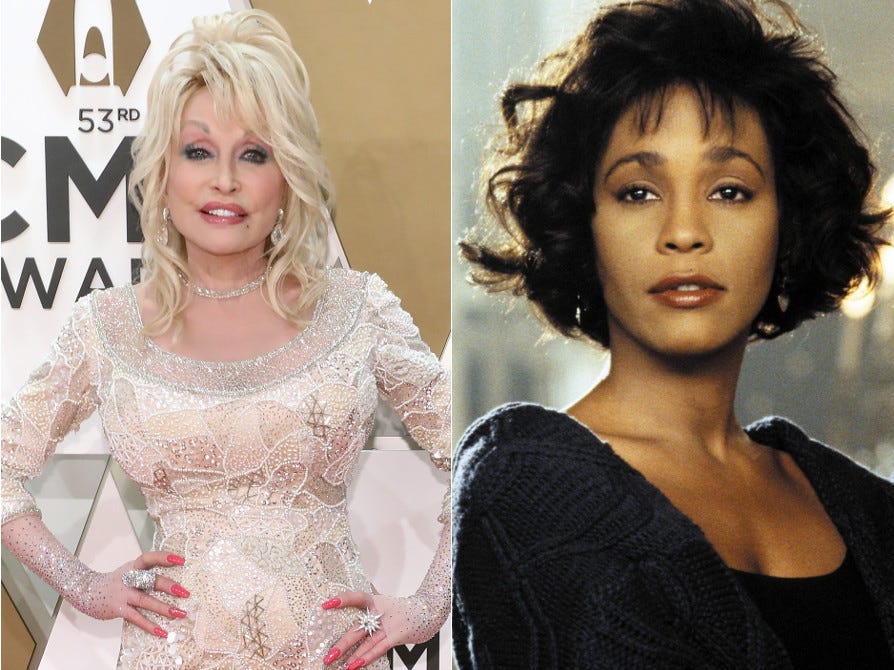 Singers like Bob Dylan, Dolly Parton, and Elton John have been in the music game so long, you may not be able to picture them when they were younger.

Dolly Parton and husband Carl Dean have been married for 55 years, but they are rarely seen in public together. Here’s a timeline of their relationship.

Parton has been married for 55 years, but her husband remains something of a mystery. She recently recreated her 1978 Playboy cover for his birthday. 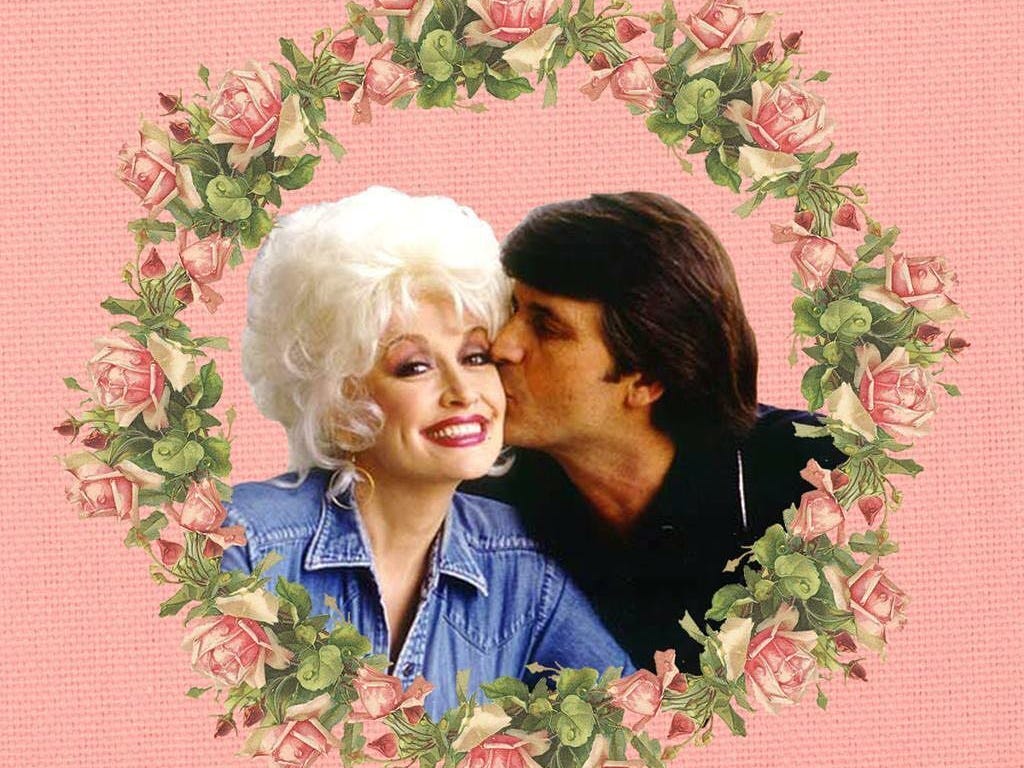 The singer dressed in an outfit that resembled the one featured on the cover and posed for a photo shoot as a birthday gift to her husband.

Dolly Parton has received both doses of Moderna's COVID-19 shot, which she helped fund with a $1 million donation she made in 2020. 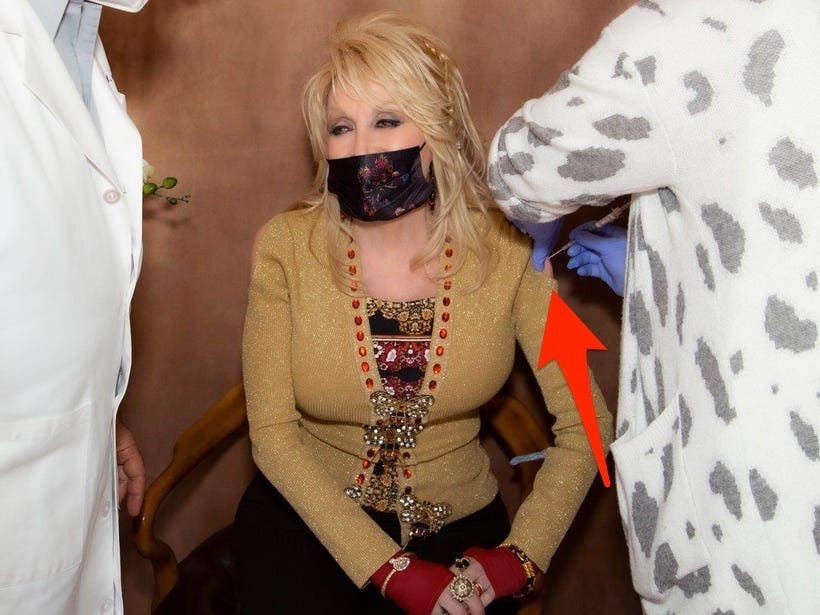 Dolly Parton said she’s not going to get her COVID-19 vaccine ‘until some more people get theirs,’ even though she’s eligible to get a shot

Dolly Parton doesn’t want to look like she’s “jumping the line” when she gets a COVID-19 vaccine. The country music star donated $US1 million to coronavirus research in November. Parton became eligible to get her shot in Tennessee when she turned 75 last week. Visit Insider’s homepage for more stories. […] 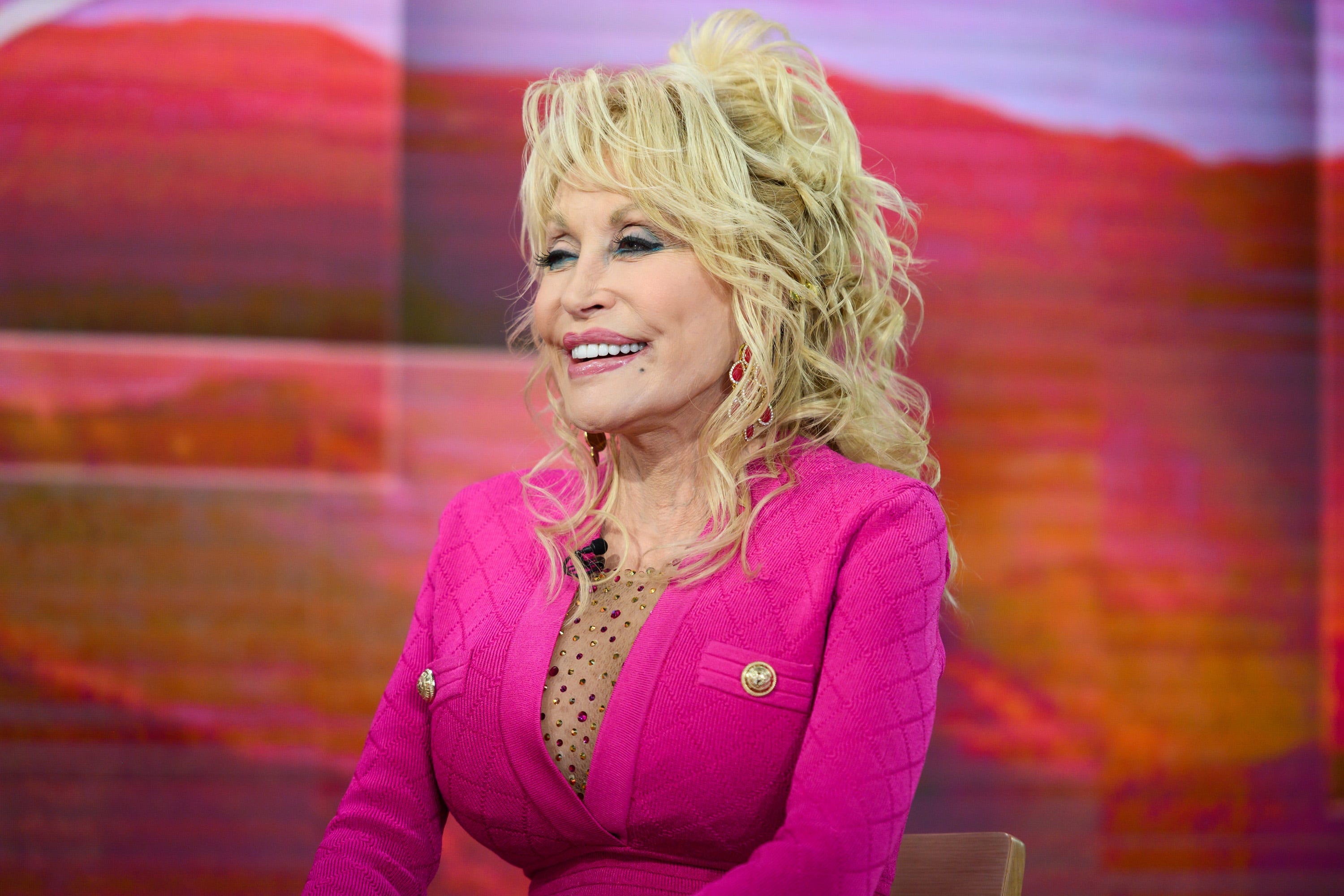 Dolly Parton recorded a new version of “9 to 5” for a Super Bowl ad. The new song is called “5 to 9,” for people who run side projects on Squarespace. A new line of Dolly Parton fragrances hosted on Squarespace will also launch before the Super Bowl. Visit Business […] 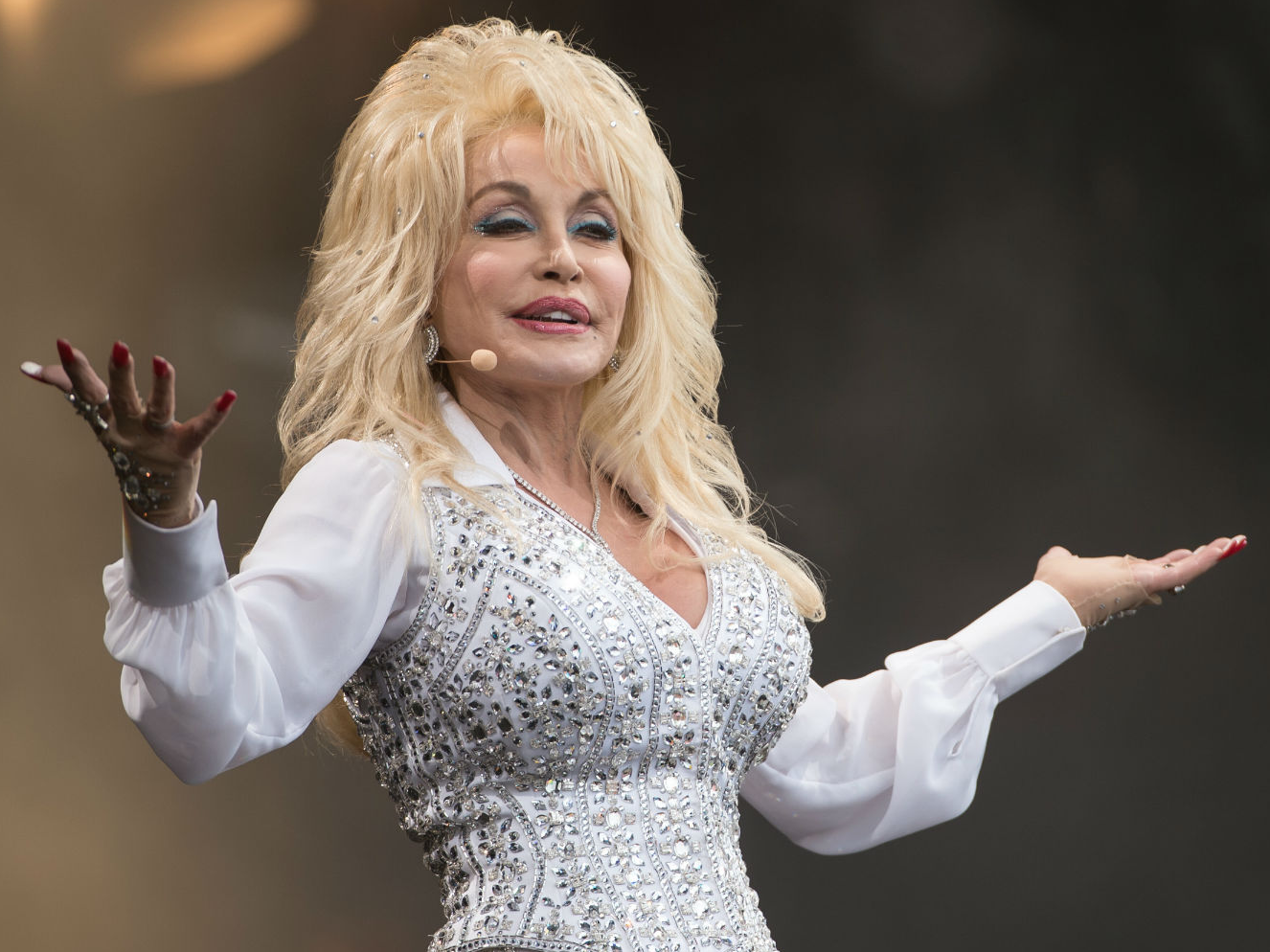 The country music legend told The Today Show that Trump offered her the Presidential Medal of Freedom twice. Both times she turned it down, citing family illness and COVID. The Biden administration has also approached her about the award, but she said she didn’t want to be perceived as “doing […] 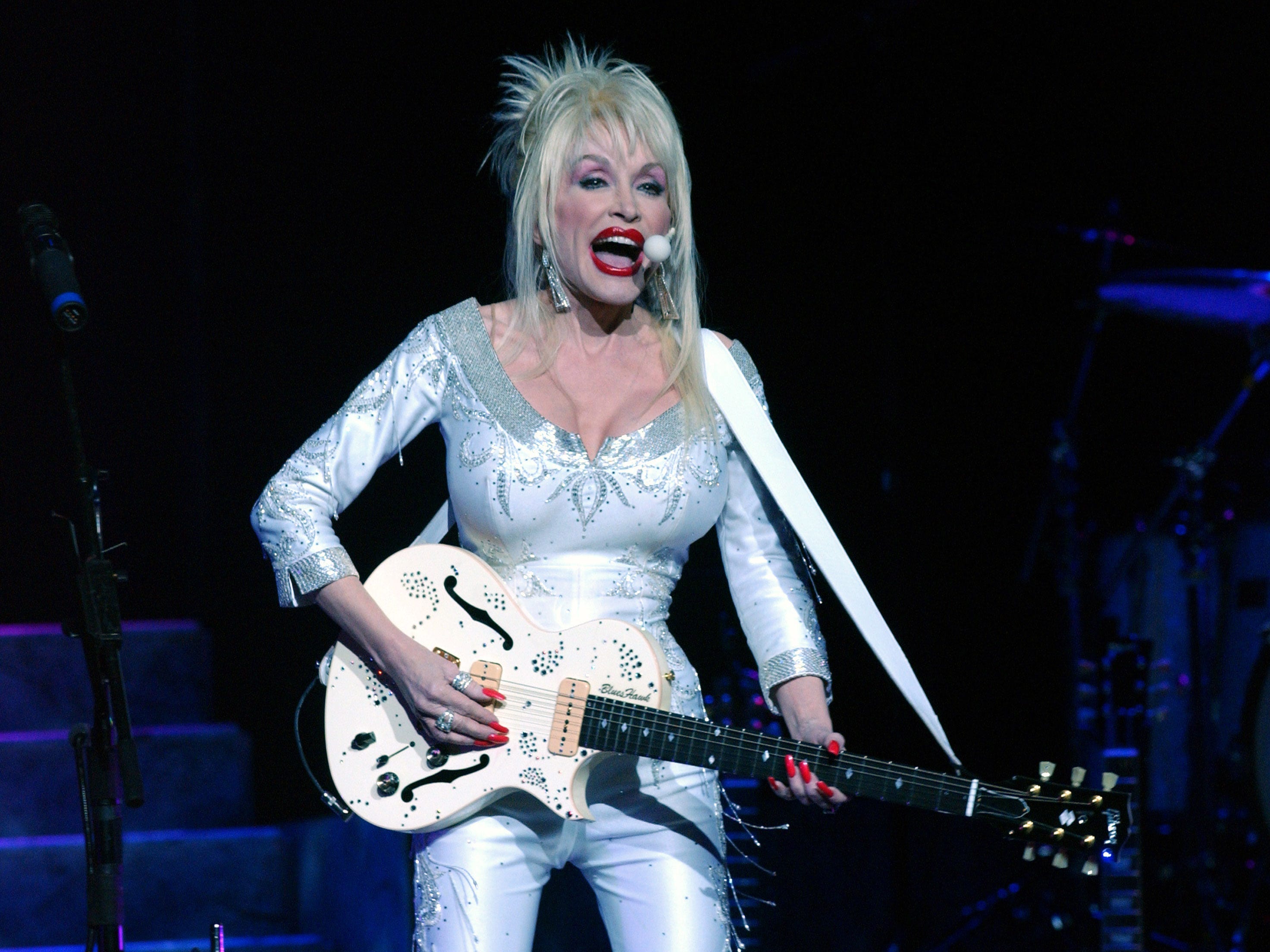 Every Dolly Parton movie, ranked according to critics

Dolly Parton turns 75 on December 19. To celebrate, we ranked every film in her career according to critics’ reviews on Rotten Tomatoes. Parton’s highest-ranked film, 1980’s “9 to 5” was also her acting debut. Visit Insider’s homepage for more stories. Dolly Parton is one of the most successful musicians […] 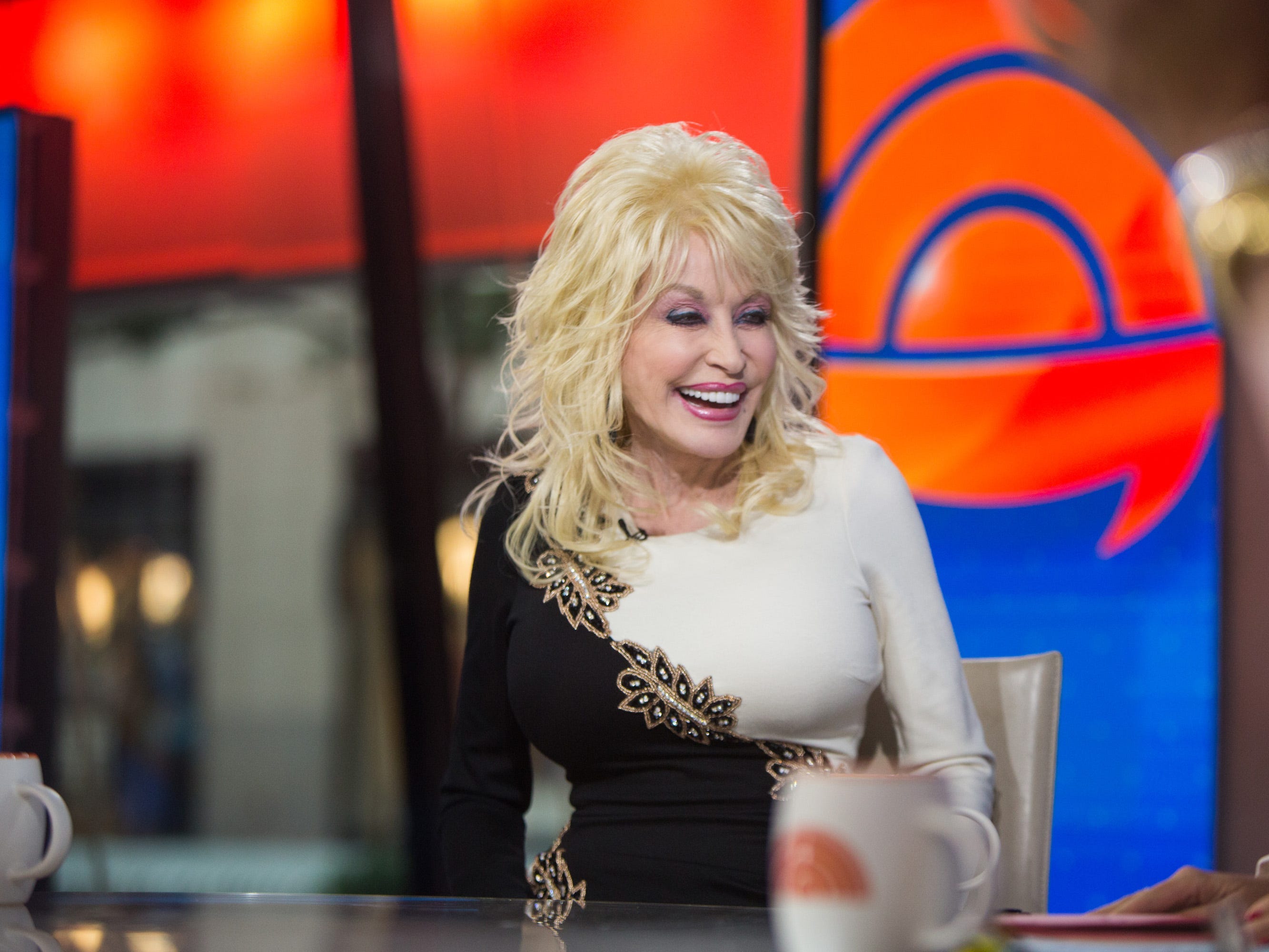 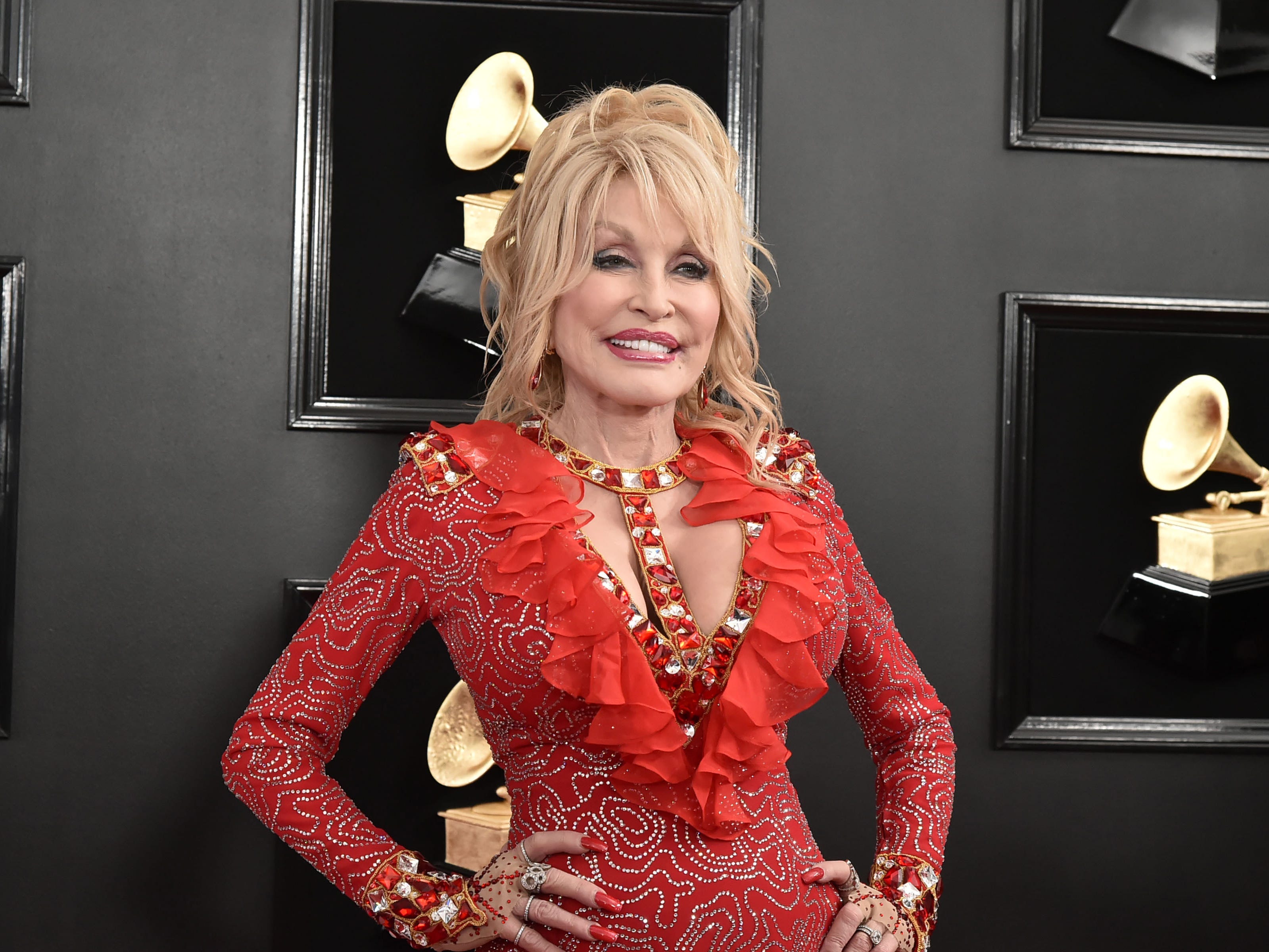 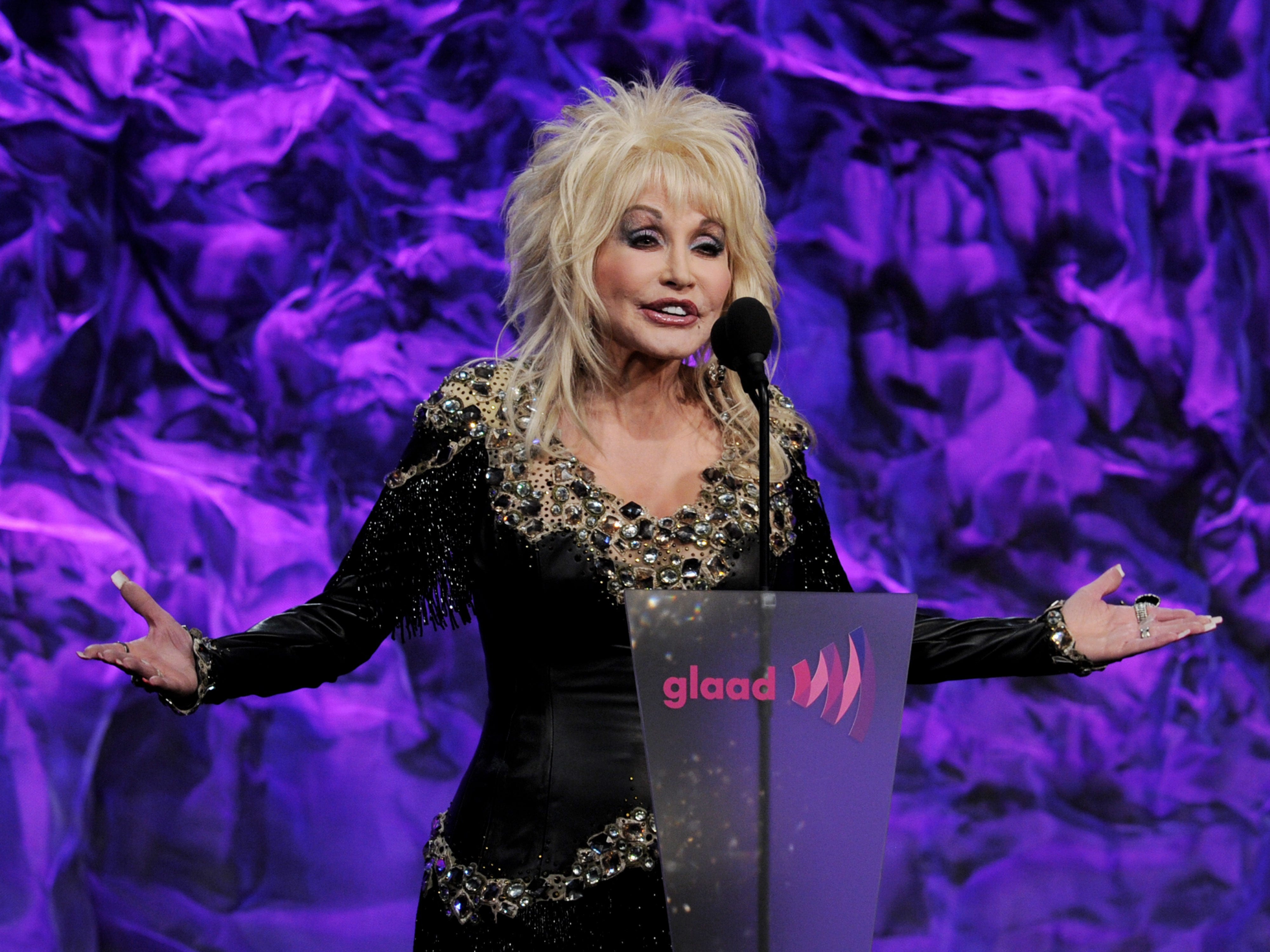 Before Dolly Parton was a country megastar, she grew up in a poor family in rural Tennessee. She made up her first song aged 5 and played her first show at Nashville’s Grand Ole Opry at 13. As well as her No. 1s and hit movies, she has become well-known […] 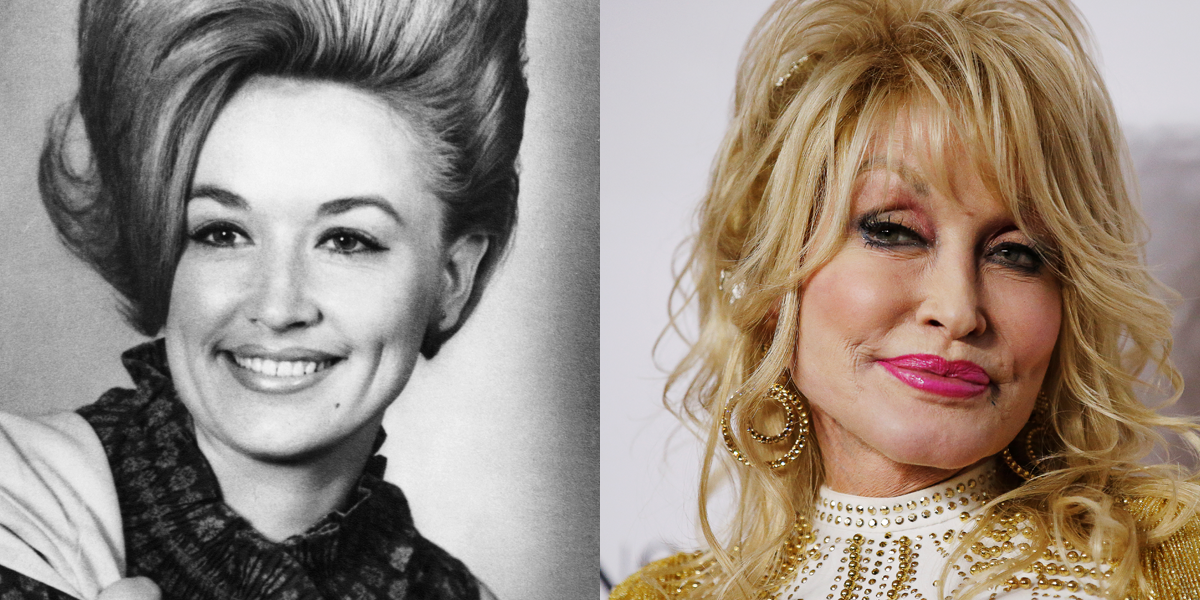 Dolly Parton and husband Carl Dean have been married for 54 years, but they are rarely seen in public together. Here’s a timeline of their relationship.

Dolly Parton and Carl Dean met outside a Nashville laundromat in 1964 and married in 1966. Dean, a retired businessman, prefers to stay out of the spotlight. Parton says the key to their lasting marriage is their independence. Visit Insider’s homepage for more stories. Country music legend Dolly Parton has […] 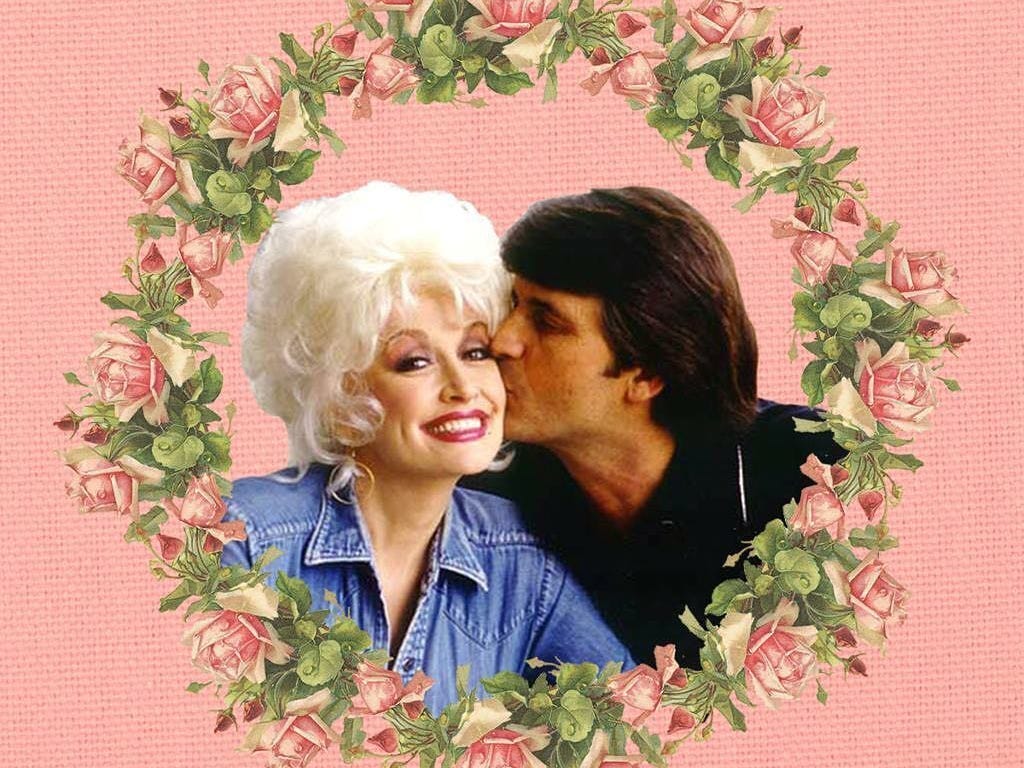 Dolly Parton’s younger sister, Stella, admonished US politicians for not donating to vaccine research and getting inoculated before vulnerable Americans. Dolly Parton revealed in April that she had donated $US1 million to coronavirus vaccine research. That research culminated in the Moderna vaccine, which was authorised for emergency use in the […] 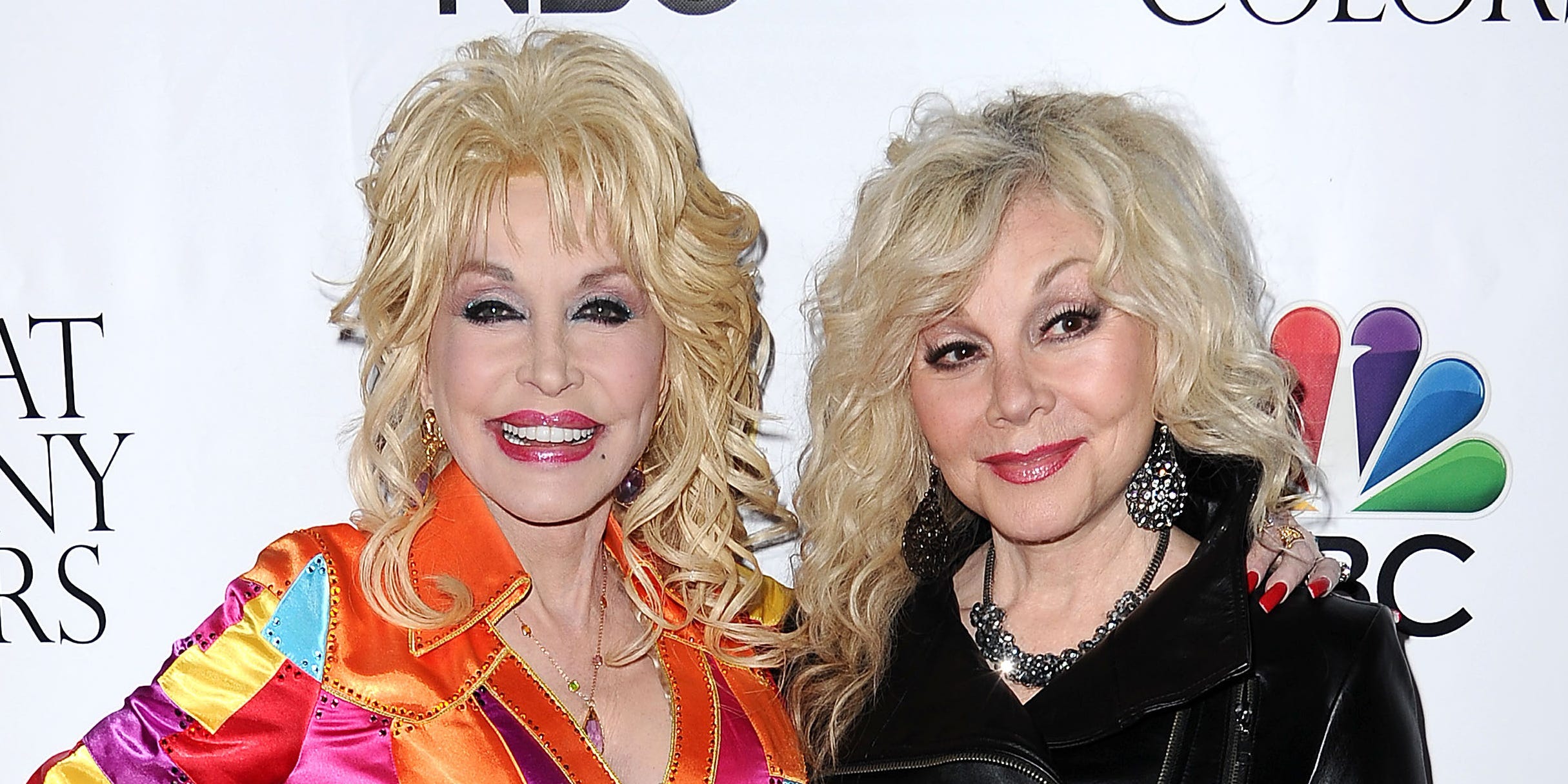 In April, Dolly Parton contributed $US1 million to coronavirus research at Vanderbilt University. That research helped produce the Moderna vaccine, which the biotech firm said is 94.5% effective at preventing COVID-19. Parton is a longtime philanthropist as well as a shrewd businesswoman. Now, she may be a part of vaccine […] 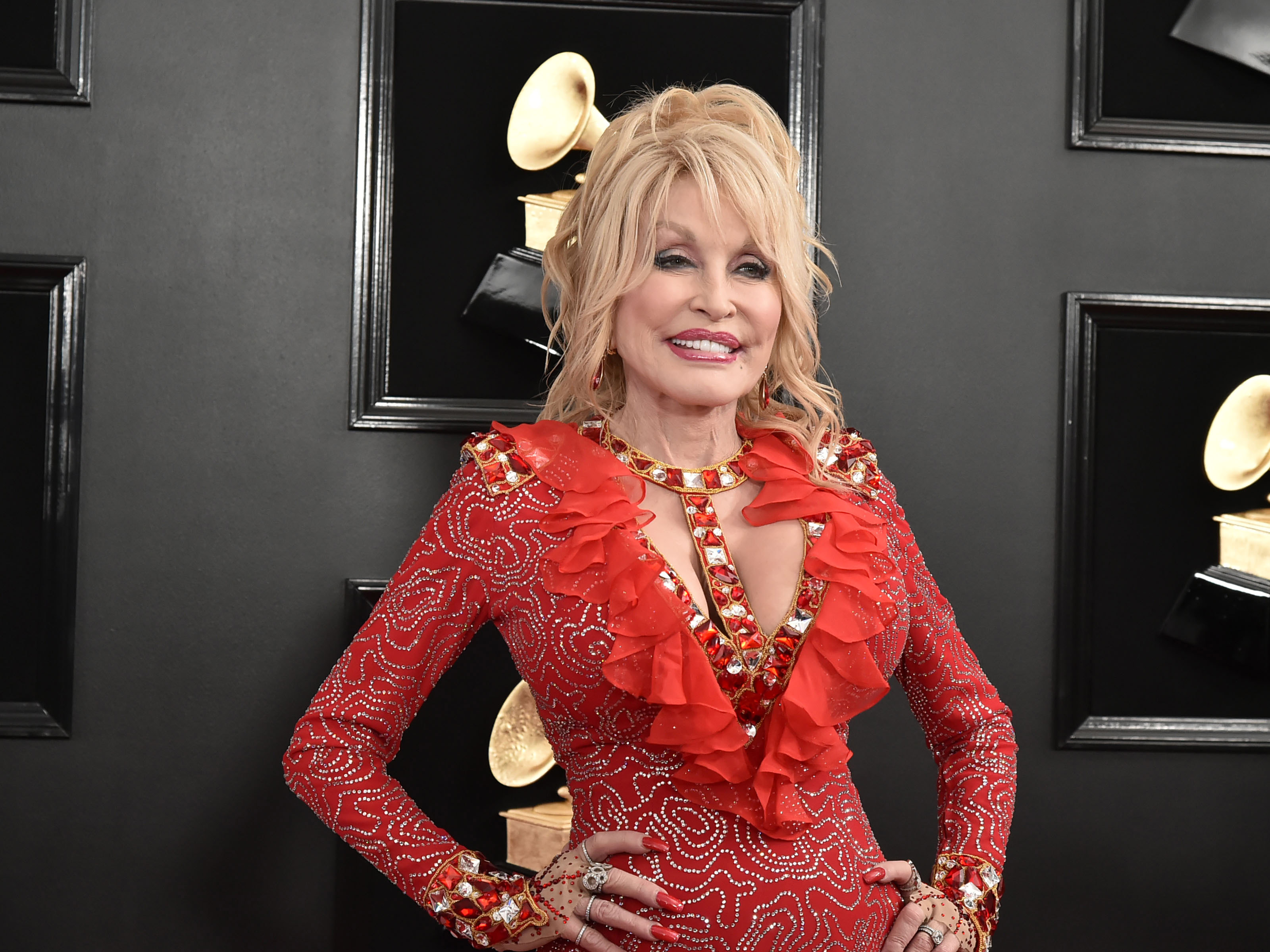 During an interview on “The Today Show,” Dolly Parton said she thinks America is so politically divided because “people just seem to love to hate.” But the “9 to 5” singer said that she hopes people can carry the upcoming holiday spirit into the new year. “We can’t save the […] 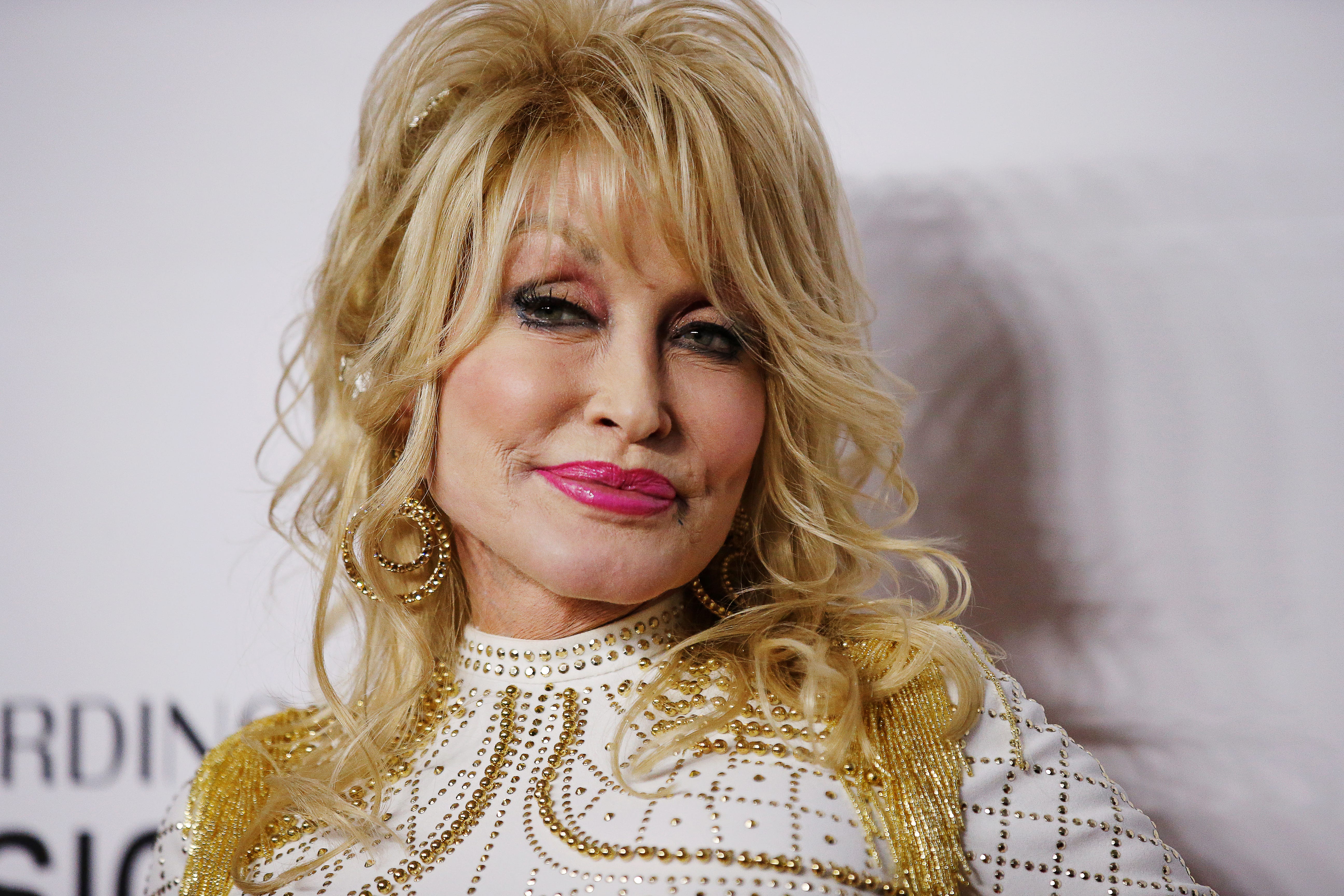 Many of today’s well-known musicians looked very different in their 20s. While in their 20s, Diana Ross, Madonna, and Elton John all released no. 1 songs. Other musicians, like Jimmy Buffet, Joni Mitchell, and Bob Dylan, found greater success later in their careers. Visit Insider’s homepage for more stories. Many […] 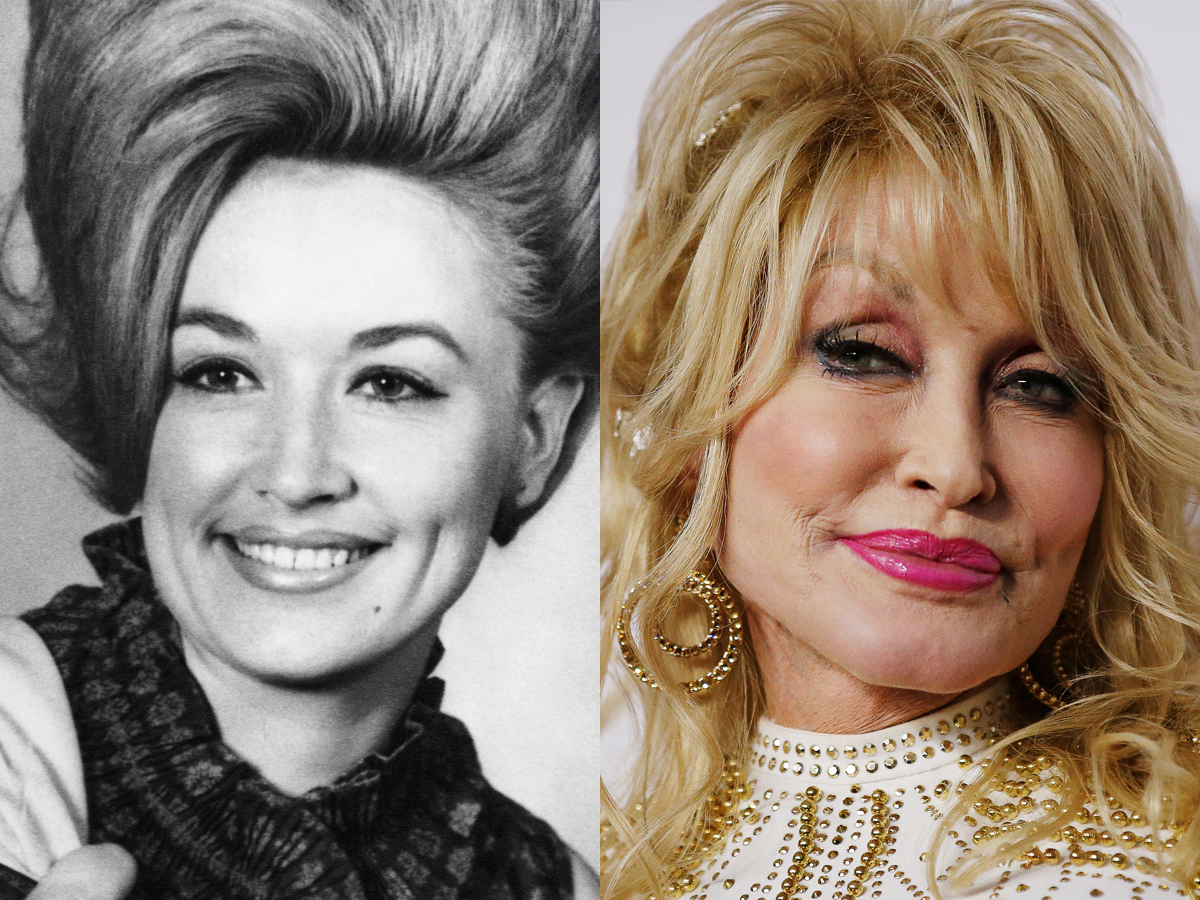 Dolly Parton is Miley Cyrus’ godmother. Here’s the story behind their relationship.

At the 2019 Grammys, Miley Cyrus and other musicians honored Dolly Parton’s musical career with a tribute performance. Parton is Miley Cyrus’ godmother and she has known Miley Cyrus’ father, Billy Ray Cyrus, for decades. In the 2000s, Parton guest-starred on several episodes of Miley Cyrus’ Disney Channel show, “Hannah […] 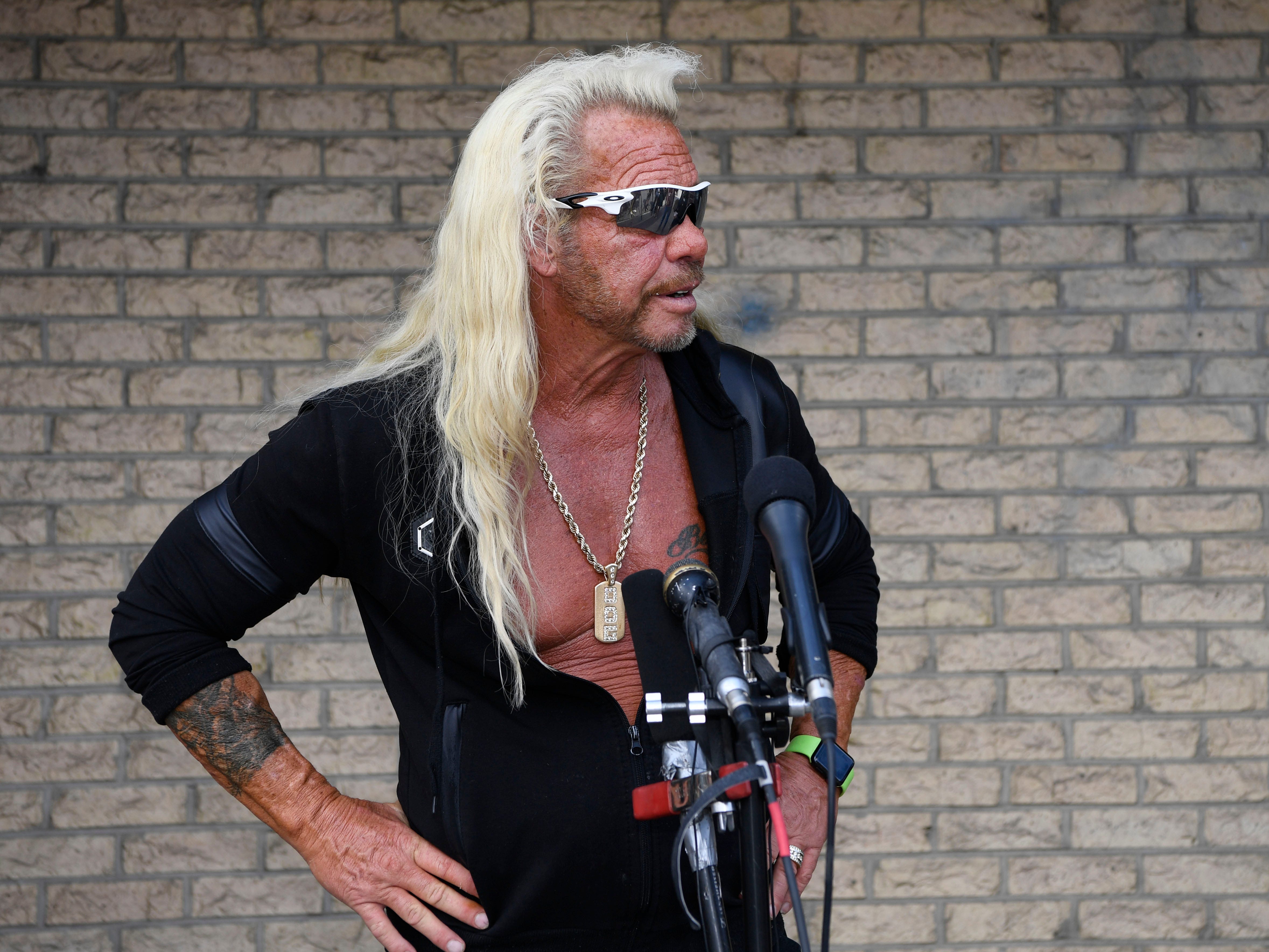