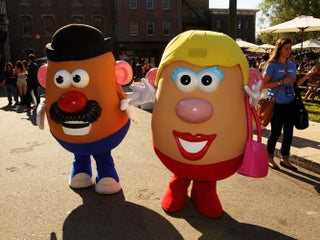 In a study commissioned by Mattel, the maker of Barbie, researchers observed 42 children play with Barbie dolls and tablet devices. While playing with the dolls, a part of the brain in the children was activated, which is associated with social information processing, such as empathy. It was activated “far […] 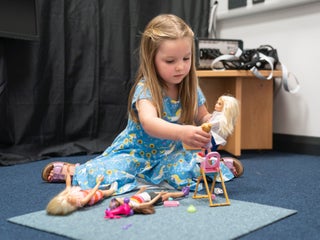 Disney is selling 6 high-end, limited-edition villain dolls this fall. Here they all are.

Disney is releasing six limited-edition villain dolls this fall. Maleficent, Lady Tremaine, Ursula, Yzma, the Evil Queen, and Hades are a part of the Disney Designer Collection Midnight Masquerade series. Each doll costs $US129.99. The dolls will be released weekly starting October 6 on shopDisney.com. A new doll will be […] 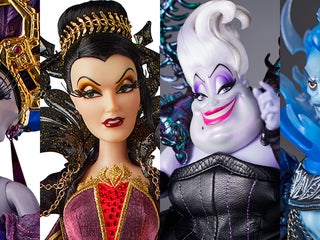 Mattel just launched a line of politically themed Barbies, including a campaign manager, a fundraiser, and a voter

Mattel released on Tuesday a line of politically themed Barbie dolls, including a political candidate, a campaign manager, a fundraiser, and a voter Barbie. The company made the dolls with She Should Run, a nonprofit that works to increase the number of women running for office. The line also encourages […] 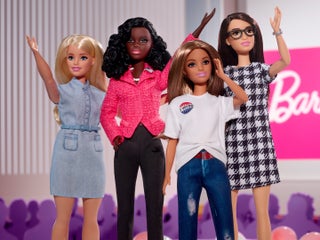 I visited the American Girl Place as an adult, and I can’t believe how much it’s changed since I was a kid

American Girl Place is the flagship store home to its iconic toy brand, which makes dolls with historical and contemporary stories. I used to love the brand’s girlhood-centric books and magazine, and I had two dolls of my own. Years later, I visited American Girl Place in New York City […] 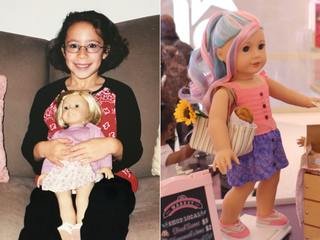 Disney is releasing limited edition Anna and Elsa “Frozen 2” dolls in stores and online for $US119.95 each. They will be available March 14 in select stores and on shopDisney.com starting 10 a.m. ET. 8,500 Elsa dolls and 8,000 Anna dolls will be available. Visit Insider’s homepage for more stories. […] 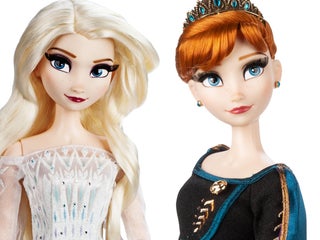 How the American Girl toy empire has changed over time, from its iconic historical characters to dolls with modern stories

American Girl was founded in 1986 by Pleasant Rowland, a retired teacher and writer. The doll company went from a catalogue-only brand to an empire that includes retail stores with cafes and doll hospitals, a magazine, books, and a social media presence. Today, many of American Girl’s 18-inch-tall dolls start […] 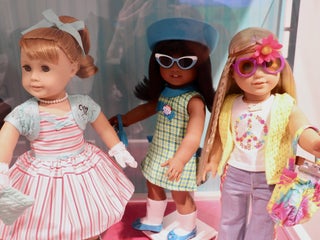 Barbie is expanding its inclusive line of Fashionista dolls throughout 2020. New dolls from the brand include one with vitiligo, another with a prosthetic limb, and one without hair, among others. Some of the dolls are available in stores now for $US9.99, though others will be introduced later in the […] The Disney Store debuted three collector sets of Disney Princesses and their Princes at fan convention D23 Expo. Insider received an up close look at the newest additions to Disney’s Designer Collection on Friday. The theme for the 2019 collection is Midnight Masquerade and features dolls from “Sleeping Beauty,” “Enchanted,” […] Mattel is releasing three high-fashion “Star Wars”Barbie dolls this fall as part of its signature collection. The collector items are inspired by characters and looks from 1977’s “A New Hope.” A Mattel representative tells INSIDER this is the first round of “Star Wars” character-inspired Barbie dolls. Visit INSIDER’s homepage for […] People are losing it over a ‘sinister’ Timothée Chalamet doll that you can buy for $122,795

A ventriloquist figure modelled after Timothée Chalamet is dividing the internet. Some have called it “sinister,” while others think it looks just like the actor. Some also took issue with its $US122,795 price tag on eBay. The artist behind the figure told INSIDER that the response has been overwhelming, though […] Many celebrities get honored by having wax figures and dolls created in their likeness. Sometimes, however, these dolls look nothing like them. From a Kelly Osbourne plush doll that missed the mark to a Timothée Chalamet ventriloquist figure that freaked out the internet, there have been more celebrity doll lookalike […] Disney and Hasbro are celebrating the 30th anniversary of “The Little Mermaid” in 2019. INSIDER can exclusively reveal four new doll sets coming this summer. The four sets include Ariel, all of her sisters, and Prince Eric. They’re all recommended for ages 3 and up. 2019 marks the 30th anniversary […]

People are turning themselves into human versions of Bratz dolls using makeup, and the resemblance is uncanny

The “Bratz Challenge” is the latest beauty craze to takeover Instagram. To participate, people are using makeup, clothing, and accessories to mimic the appearance of Bratzdolls, a popular toy from the early 2000s. So far, thousands of makeup artists and influencers have taken part in the challenge. Many of those […]

The Disney Store is selling a 13-doll set featuring a majority of the Disney princesses this holiday. It’s $US99.95 and can be purchased online here. Update: The dolls are sold out online. The dolls are wearing comfier clothes inspired by a popular scene in Disney’s new movie, “Ralph Breaks the […] An artist removes dolls’ makeup to make them look realistic Each one is carved from a single block of wood and painted by hand.