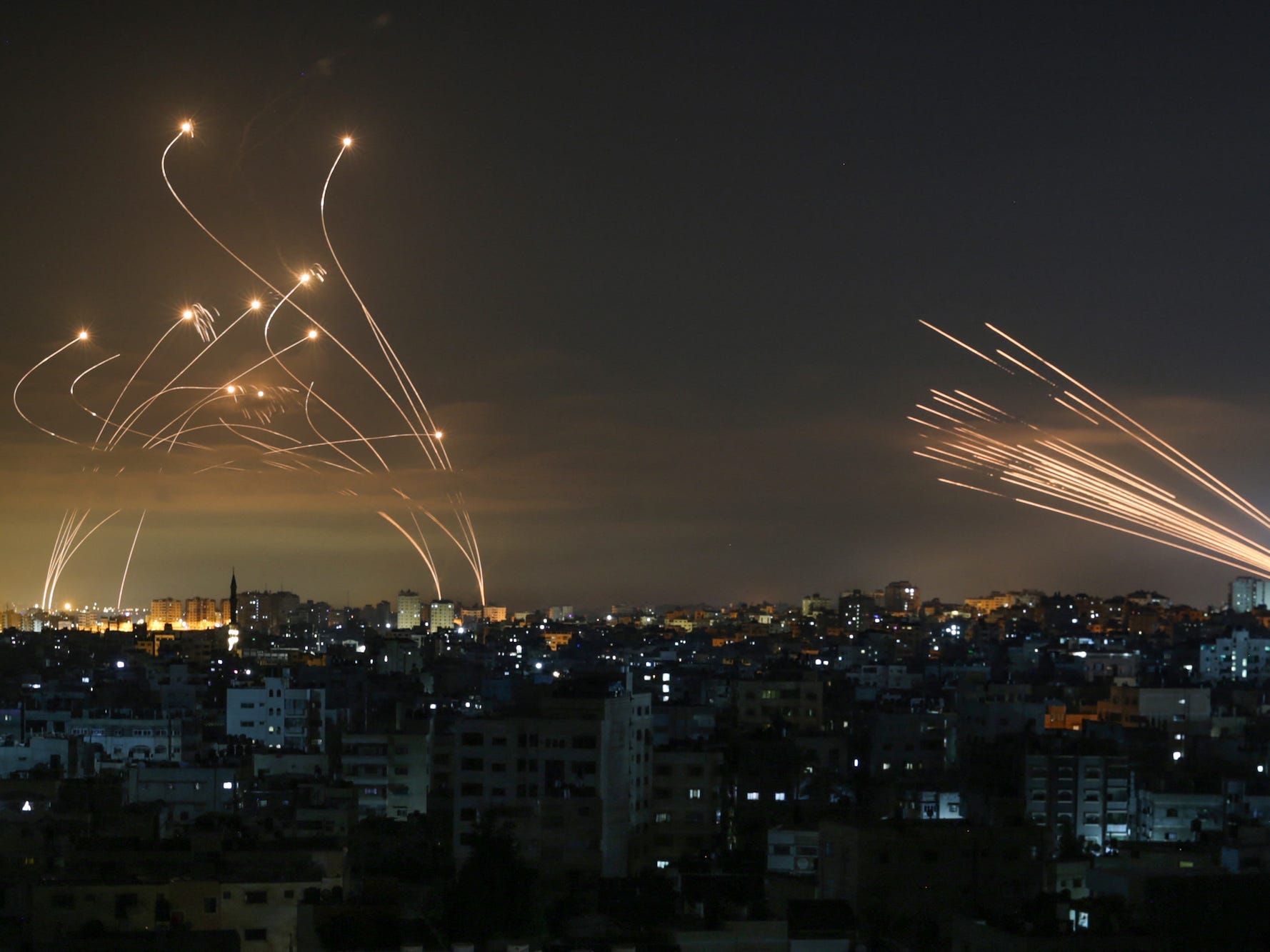 North Korea blew up a symbolic joint office at the border after a week of fiery threats, South Korean government says

North Korea has demolished an inter-Korean liaison office, an informal embassy between the two countries, the South Korean government said. The demolition took place at around 2:49 p.m. local time and explosions, in addition to smoke, were reportedly observed in the North Korean border, according to South Korean media outlets. […] 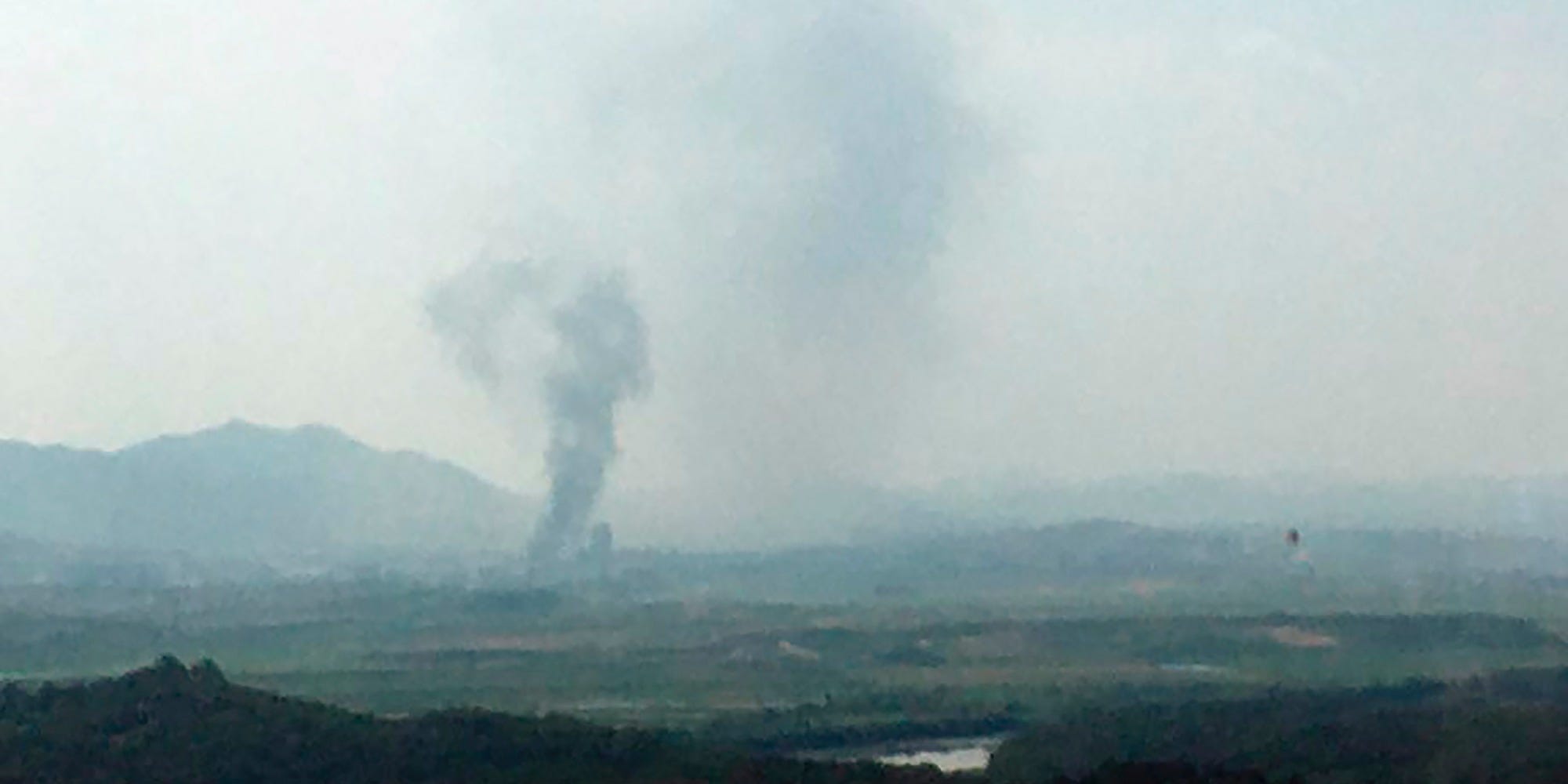 North Korea on Monday threatened to draft plans to take military action into areas that were disarmed under a previous agreement with the South. Troops and weapons from 22 guard posts at the border, 11 for each country, were previously withdrawn. Pyongyang, which has long been viewed to manufacture crisis […] 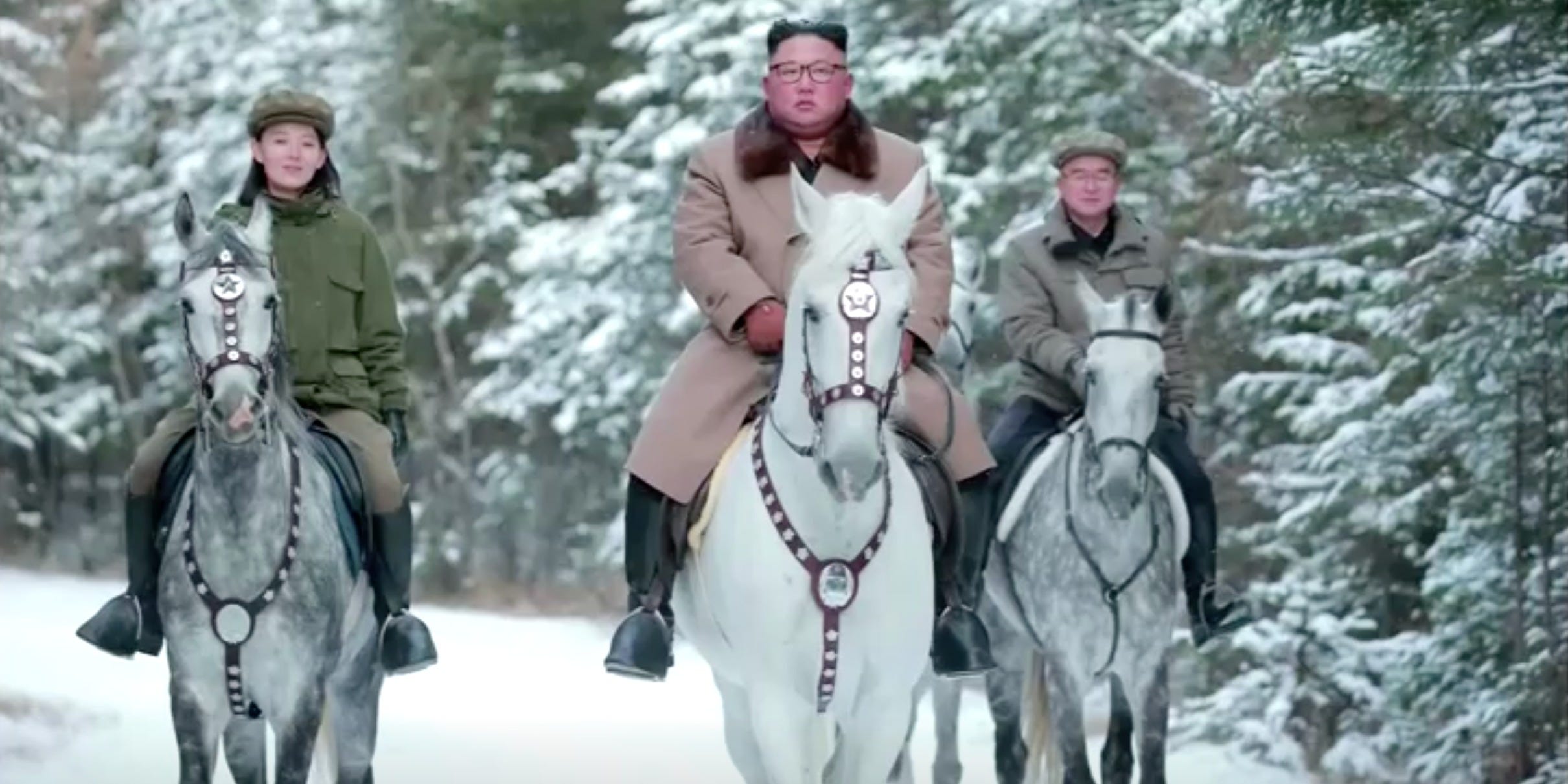 US President Donald Trump tweeted Monday that North Korean leader Kim Jong Un looked “really well and very healthy” and said that he looks “forward to seeing him again soon.” Trump wrote that teams for the US and North Korea will meet to discuss and “work on some solutions” to […]
News Jul. 2, 2019, 3:40 AM

Ivanka Trump on Sunday said it was “surreal” to step into North Korea for her father’s historic meeting with North Korean leader Kim Jong Un. President Donald Trump facilitated a last-minute meeting with Kim amid the US’s efforts to get North Korea to agree to denuclearization. Ivanka Trump, a top […]
News Jul. 1, 2019, 11:17 PM

President Donald Trump’s surprise and unprecedented visit to North Korea over the weekend produced a tense moment between each leader’s security personnel. A video of a standoff captured the intense tension between North Korean and US security teams. Trump’s new press secretary also had an encounter with North Korean security […]
News Jun. 29, 2019, 9:03 AM

President Donald Trump hinted at a possible meeting with North Korean leader Kim Jong Un at the Demilitarized Zone between North and South Korea following his G20 summit trip with world leaders. “If Chairman Kim of North Korea sees this, I would meet him at the Border/DMZ just to shake […]
News Dec. 1, 2018, 12:45 PM

North and South Korean troops have begun to disarm their heavily fortified border as part of reconciliation efforts between the nations. Starting on Monday, Seoul and Pyongyang began removing all the land mines from the Joint Security Area located along the 155-mile Demilitarized Zone separating the two countries. The move […]
News Apr. 27, 2018, 4:31 PM

‘It took us 11 years to get here:’ Kim Jong Un jokes about how long it took for North and South Korean leaders to meet despite the very thin demarcation line between them

During the historic meeting between North Korean leader Kim Jong Un and South Korean President Moon Jae-in, Kim joked that it’s taken them 11 years to organise a visit, despite that a portion of the demarcation line separating the countries at Panmunjom is quite slim. “The 200-meter separation line is […]
News Apr. 27, 2018, 2:29 PM

Kim Jong Un appeared to go off script twice during the beginning of a summit between the leaders of North and South Korea on Friday. Each moment of the diplomatic affair was carefully planned out, but Kim invited President Moon Jae-in to step across into North Korea, and later he […]
News Apr. 27, 2018, 12:09 PM

North Korean leader Kim Jong Un said he wants to follow through on any agreements his country makes during new diplomatic conversations with its neighbours and the US. The comment came during the first meeting between Kim and South Korean President Moon Jae-in at Friday’s summit between the two countries. […]
News Apr. 27, 2018, 10:46 AM

Preparations for the Inter-Korea summit on April 27 have been extensive. The table the two leaders will sit at will be exactly 2,018 millimetres wide and is designed to look like two bridges merging into one. The meeting will take place in South Korea’s Peace House which has been completely […]

South Korea has halted its propaganda broadcasts of a highly-anticipated summit between President Moon Jae In and North Korean leader Kim Jong Un. South Korea’s defence ministry said it would pause its program in order to “reduce military tensions between the South and North and create the mood of peaceful […]
News Apr. 20, 2018, 4:31 PM

North Korea and South Korea will take turns rehearsing for their joint summit in the same venue where they’re scheduled to meet. That venue is the Peace House in the “truce village” of Panmunjom, along the DMZ. South Korea will use the building on Tuesday and Thursday, and North Korea […]
News Jan. 11, 2018, 6:52 PM

North Korea announced on Tuesday that it would be sending an Olympic delegation to the upcoming Pyeongchang Olympics. The logistics of bringing over a North Korean delegation to the South are complicated as the two countries are technically still at war. Questions of how North Korea will enter the South, […]
Tech Jan. 10, 2018, 2:30 AM

The world is watching the Korean Demilitarized Zone (DMZ) – a land strip that runs across the Korean Peninsula and serves as a buffer between North and South Korea – with bated breath. For the first time since 2015, leaders from both countries sat down to discuss North Korea’s potential […]
News Jan. 10, 2018, 1:21 AM

North and South Korea held their highest-level talks since 2015 on Tuesday. They immediately produced results that went beyond the announced scope of the talks. North Korea will send athletes and performers to South Korea’s Pyeongchang Winter Olympics, which bodes well for the success of the games. The two countries […]

North Korean and US officials are currently holding talks to still organise a summit between President Donald Trump and Kim Jong Un on June 12. Those officials are meeting in Panmunjom, the site of the signing of the Korean Armistice Agreement in 1953 that’s known as the “truce village.” Since […]
Next Page »