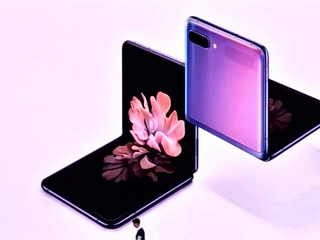 Exposure to warmer colours might actually be worse for sleep than blue light, new study of mice finds A patent filing from Apple was posted last month for an iPhone with a wraparound glass screen that “forms a continuous loop” around the device. Apple first filed patents for wraparound screens in 2013, but the new patent claims filed in late October provide more details about what the theoretical […] ‘What is Raise to Wake on an iPhone?’: How to enable or turn off the feature that lights up your iPhone screen when you lift it

The Raise to Wake feature on your iPhone will wake your device’s screen when you lift it from a flat surface, causing it to light up. It’s easy to turn Raise to Wake on or off in the “Display and Brightness” section of your iPhone’s Settings app. Visit Business Insider’s […] You can’t easily increase font size on a Mac in a specific font setting, but there are two different ways to get it done. You can, for example, change the resolution of your display to effectively increase the size of everything on your screen via your system preferences. Or, to […] Despite Samsung’s massive misfire with the $2,000 folding smartphone, it got one key thing right: Putting the folding screen on the inside

Samsung was going to be the first major smartphone maker to launch a foldable smartphone, the Samsung Galaxy Fold. The ambitious $US2,000 device was first shown off as a prototype in late 2018, and detailed in early 2019. But when reviewers got the Galaxy Fold in April, several broke. Samsung […]

I tried $600 customised smart glasses for a week

I tried $US600 smart glasses called Focals made by the Canadian startup North. Focals are meant for everyday use to make you less reliant on pulling out your phone for notifications, directions, and even calling an Uber. Watch the video above to watch me try on Focals and give my […] We unboxed the $1,980 Samsung Galaxy Fold — here’s what comes inside

Samsung’s Galaxy Fold is one of the first foldable phones to hit the market. With a sticker price of $US1,980, we expected to find premium accessories in the box like the Samsung Galaxy Buds. Watch the video above to take a look inside the Galaxy Fold box. WATCH NEXT: Here […] Samsung’s upcoming Galaxy S9 smartphone may include a new display technology intended to make the device thinner and lighter, but the technology may have a second underlying purpose: to make it easier for Samsung to implement in-display fingerprint scanners. If true, Samsung could be testing the technology on the Galaxy […] In a patent application published Thursday, Samsung showed off what its Galaxy devices might look like if they had edge-to-edge displays. In the proposed design, Samsung would place sensors such as the front camera under small holes in the devices’ displays. The design would allow Samsung to avoid having to […] Intel announced new low-power laptop display tech that could give laptops up to 28 hours of battery life. The technology allows displays to use a single watt of power. There’s some fine print to Intel’s claims, but it doesn’t poke a bunch of holes in the company’s claims. Intel made […] Apple may be preparing a new iMac desktop... Smartphone makers are in an arms race....