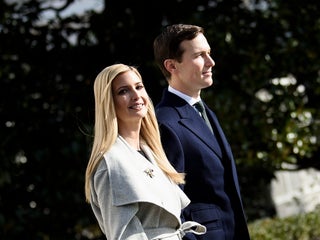 China just gifted Cambodia a $150 million stadium that looks like a giant ship, and it’s part of its ‘stadium diplomacy’ strategy. Take a look inside. 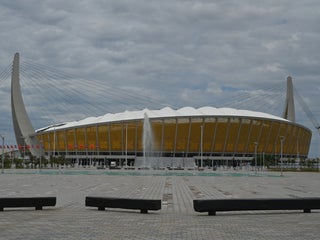 At least 20 different types of items went missing during the transition from the Trump to Biden administrations, Politico reported. 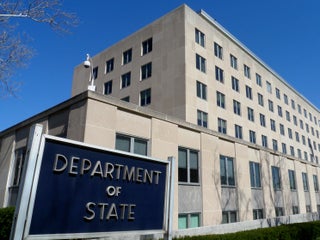 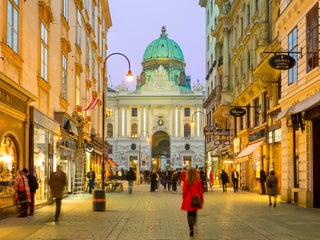 Kim Yo Jong dismissed restarting talks with the US, saying it was taking her brother's comments "the wrong way." 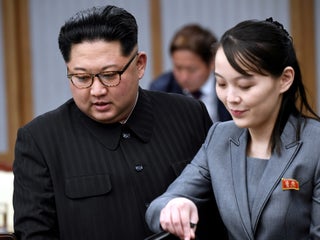 Vladimir Putin tries to put world leaders and diplomats on the back foot with techniques such as showing up late and badgering them with grievances. 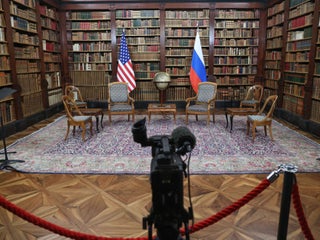 Xiang Xueqiu, the wife of Ambassador Peter Lescouhier, was seen on security footage slapping an employee at a clothing store in April. 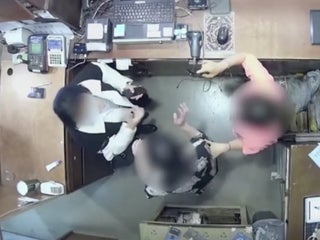 Russia recalled its ambassador to the US, a major snub, after Biden said he believed Putin is a ‘killer’

Biden agreed when asked during an ABC News interview this week whether Putin was a "killer," prompting a furious reaction from Moscow. 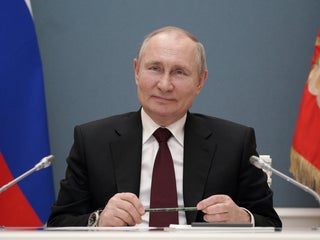 It's not going to be cheap to rebuild America's image after Donald Trump spent four years burning it down. 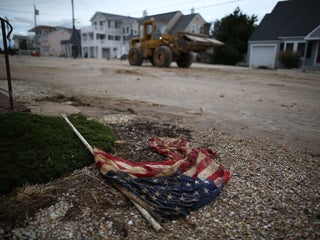 Cindy McCain is under consideration to become US Ambassador to the United Kingdom: report

President-elect Joe Biden is considering Cindy McCain to serve as US Ambassador to the United Kingdom, according to a report from The Times of London. McCain, the wife of the late Republican Sen. John McCain of Arizona, endorsed Biden’s 2020 presidential campaign against President Donald Trump. McCain has long endured […] 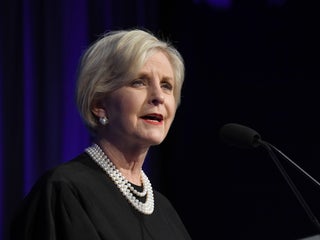 A faction of Chinese diplomats have been stepping up their attacks on China’s critics by issuing hawkish, offensive statements. It’s called “wolf warrior” diplomacy, named after a movie franchise about a Chinese soldier who fights and defeats foreign foes. In recent weeks, China’s wolf warriors have spread a conspiracy theory […] 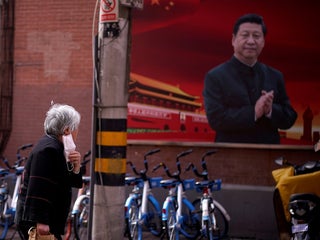 Boris Johnson’s father Stanley has been conducting “extremely useful” unofficial diplomacy with the Chinese, according to reports accidentally sent to the BBC. Stanley Johnson met with Chinese ambassador Liu Xiaoming on Tuesday to discuss the two countries’ response to the Wuhan coronavirus outbreak, the BBC reported. The prime minister’s father, […] A former Trump official, a democratic senator, and Iran-watchers all agree: Mike Pompeo is terrible

Since becoming secretary of state, Mike Pompeo has embodied the Trump administration’s aggressive, make-no-apologies approach on foreign policy. Most recently, Pompeo has defended the White House’s justifications for the strike that killed Gen. Qassem Soleimani, Iran’s top general. In lashing himself to Trump’s legacy, Pompeo has made himself indispensable – […] The US is losing its crown to China as the world’s biggest diplomatic power, think tank says

As of this year, China has 276 diplomatic postings around the world, while the US has 273, according to a new report by the Lowy Institute think tank. By that measure, China is now largest geopolitical power in the world, overtaking the US. It shows the rapid rise of China […] US troops are still in Syria, despite President Donald Trump’s high-profile announcement about their withdrawal. By relying on the military for solutions to the crisis in Syria, the US is foreclosing what is likely its best option to achieve its goals: a diplomatic resolution, writes Defence Priorities fellow Shahed Ghoreishi […]

Trump is replaying his aggressive ‘150% pressure’ North Korea negotiation playbook against Iran, but experts fear it could backfire spectacularly

In recent weeks tensions have grown between Iran and the US, with the US deploying an aircraft carrier and bombers to the Gulf region in response to perceived Iranian aggression. But experts argue that rather than preparing for war Trump is applying the same “maximum pressure” tactics on Iran as […] Two Russian strategic bombers landed in Venezuela on Monday. Their arrival comes amid increased tensions between the US and Russia, and during a US-led pressure campaign on Venezuela. Russia remains one of Venezuela’s most important allies, but there are limits to its support. Two Russian Tu-160 nuclear-capable strategic bombers arrived […] Donald Trump is scheduled to return to the United Nations for the annual opening of the UN General Assembly next week. While Trump exceeded expectations during his first UN appearance last year, he will face more pushback this time around. The president is likely to encounter a more sceptical global […]