Scientists discovered a 26-foot-long dinosaur with shark-like teeth that ruled the food chain before the T. rex

The Ulughbegsaurus uzbekistanensis would have been the biggest carnivorous predator in the ecosystem at the time, scientists said. 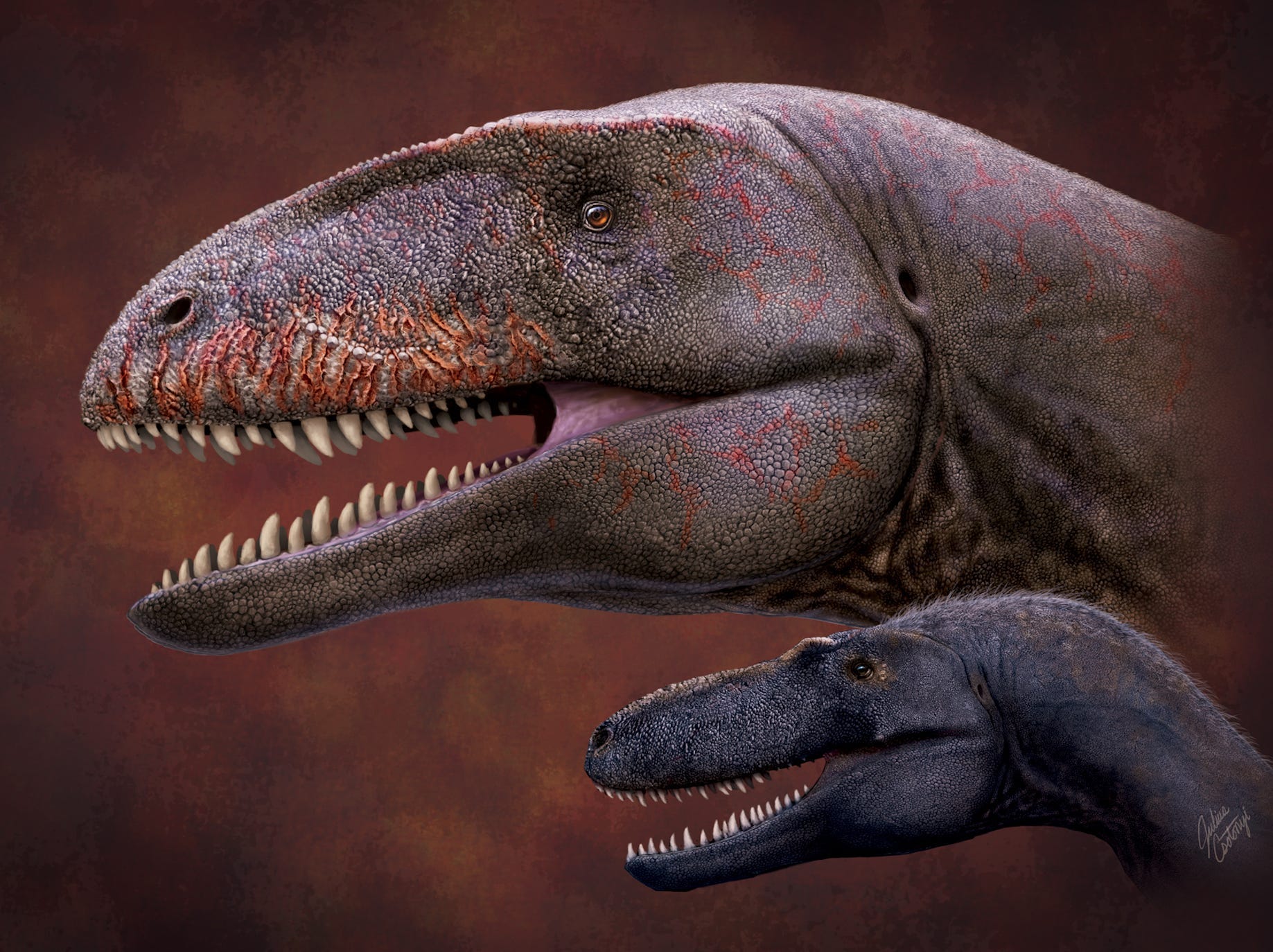 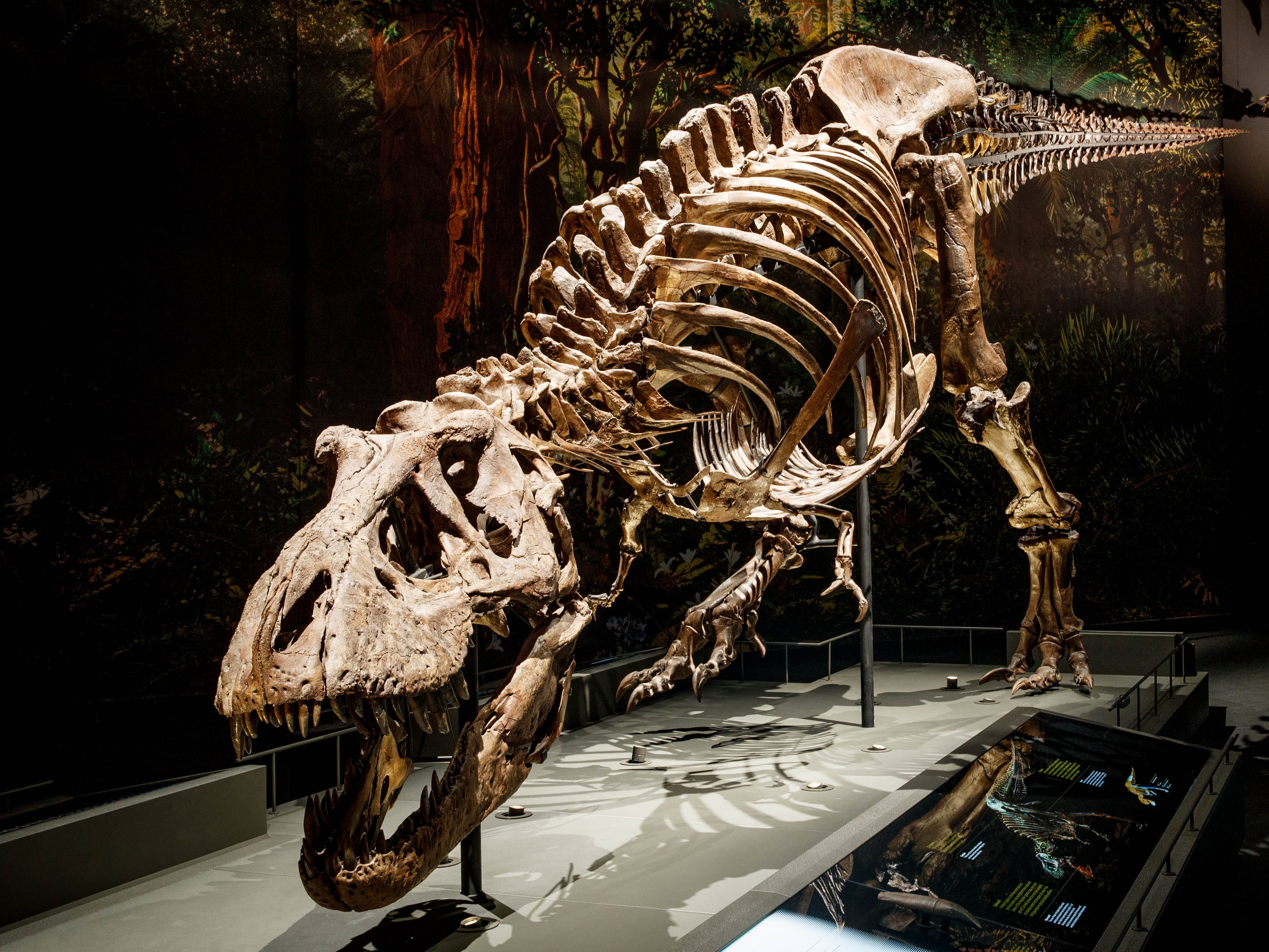 This is the first time researchers have found dinosaurs with thumbs that could grasp objects. 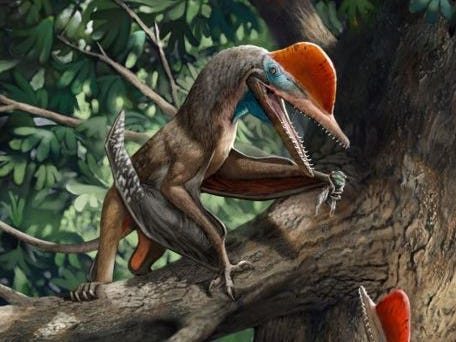 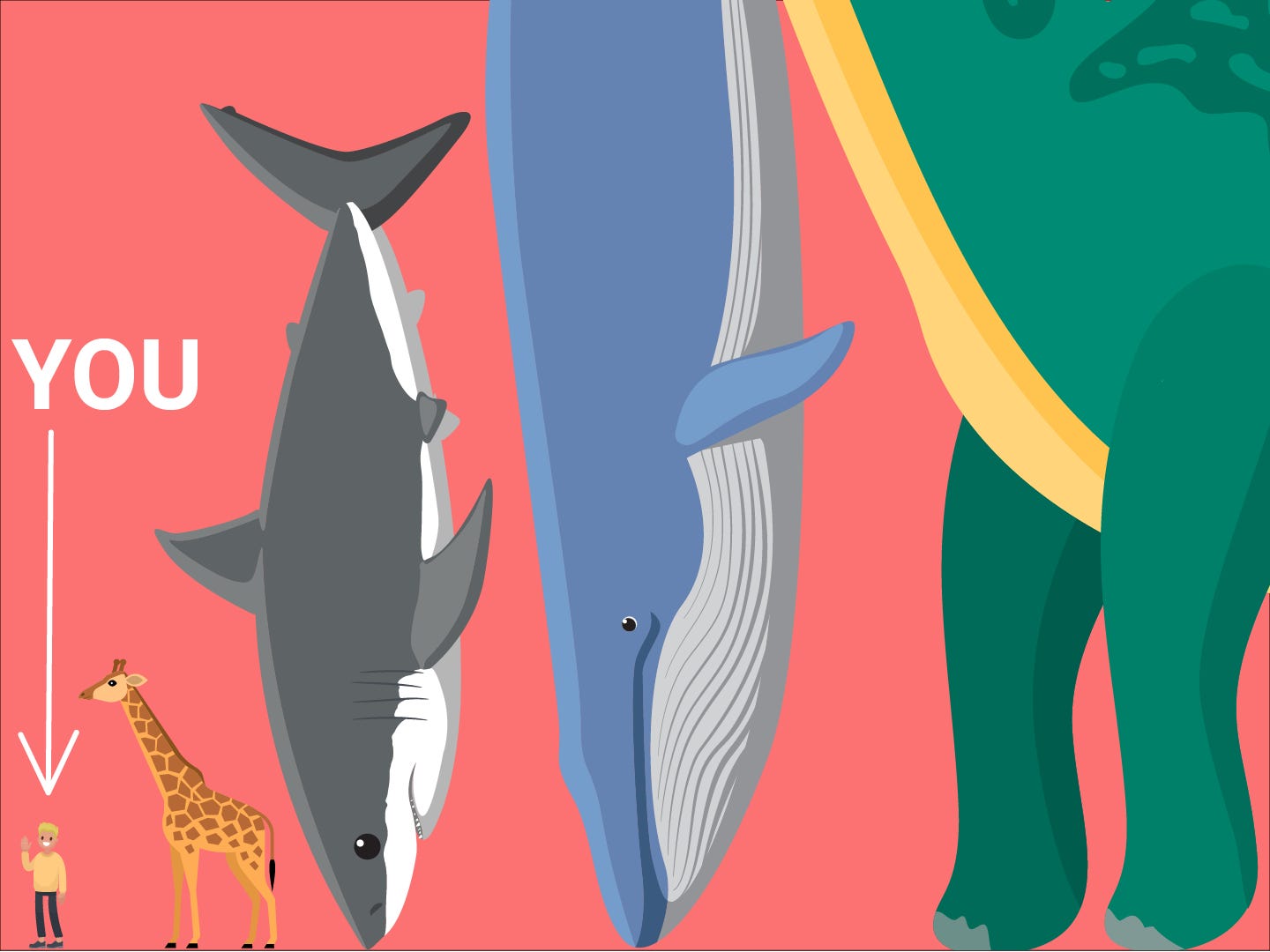 "It was shiny, and it caught my eye, so I picked it up, but I had no clue that it would be a dinosaur tooth," Jonathan Charpentier told KCNC. 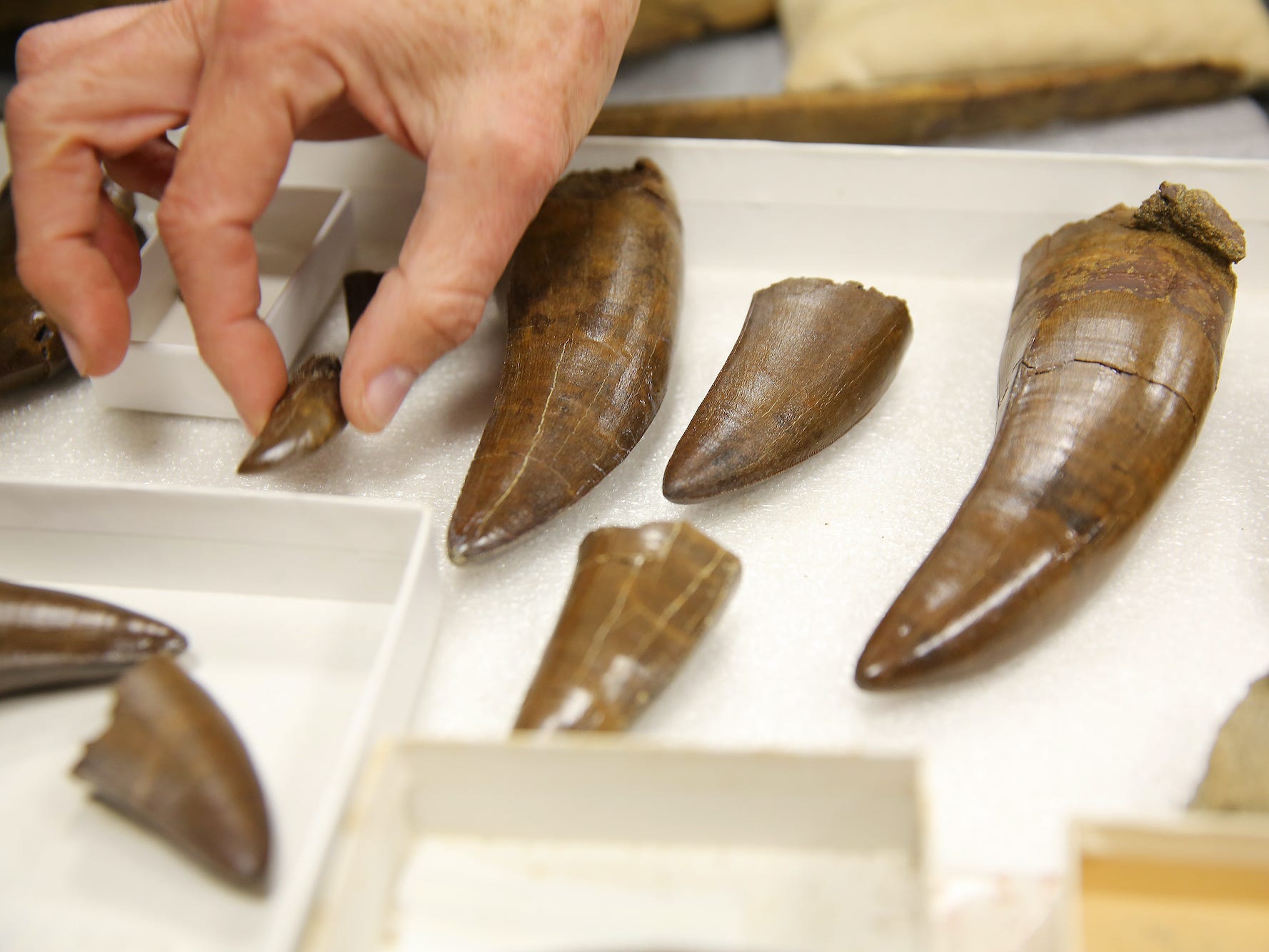 Summary List Placement Have you ever wondered what the area around your hometown was like during the Cretaceous period, when the Tyrannosaurus rex roamed? How about before then, when Earth had just one supercontinent? Now you can find out. An interactive map developed by software engineer Ian Webster lets users […] 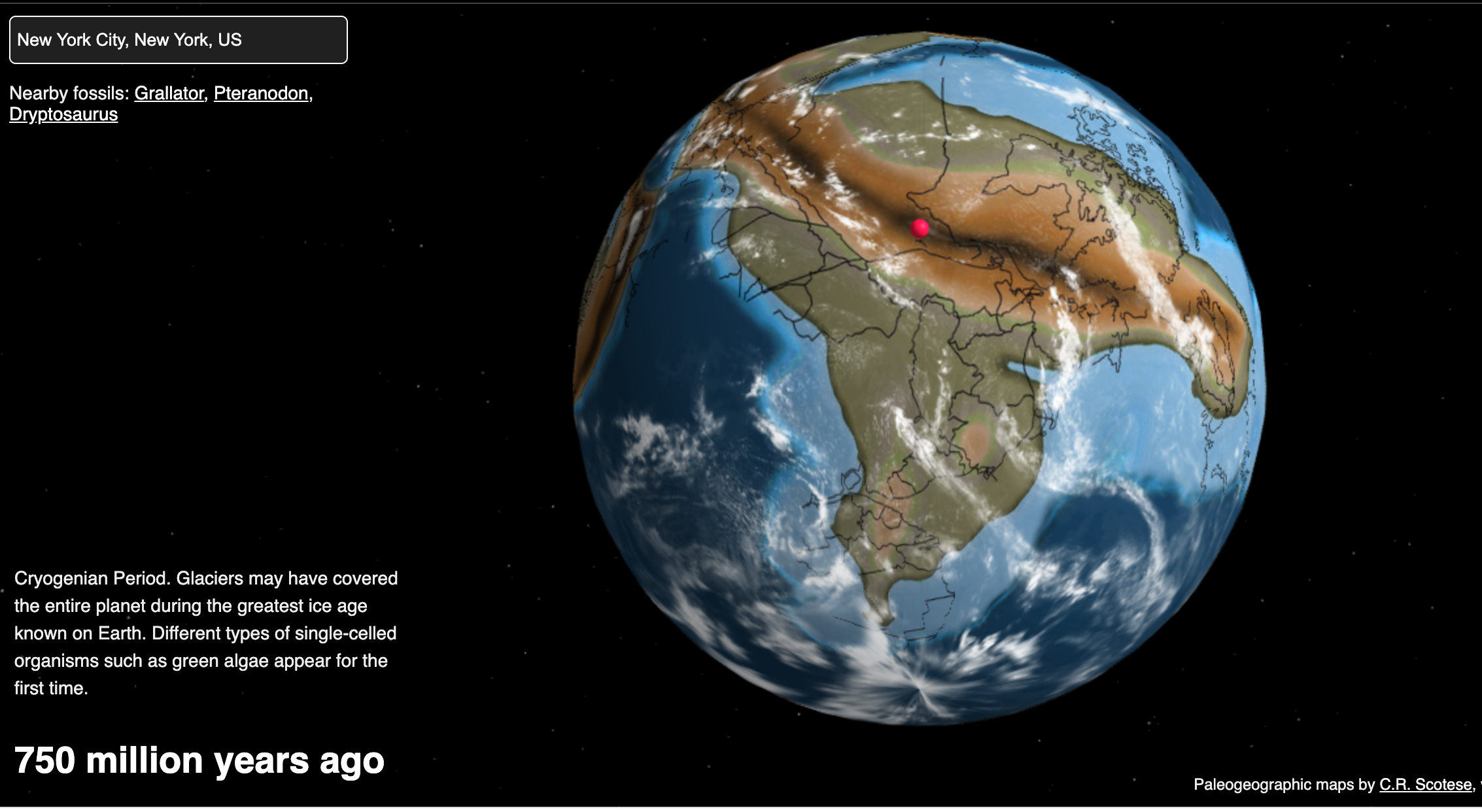 A dinosaur has been diagnosed with cancer for the first time. Here’s how the scientists did it.

Researchers in Canada diagnosed a dinosaur with an aggressive type of bone cancer – the first time a dinosaur has received a confirmed cancer diagnosis. The dinosaur died “surrounded by its friends,” the scientists said, a finding that may offer insight into dinosaur social structures. Visit Business Insider’s homepage for […] Colourful fossils discovered in Australia were found to belong to a stunning new species of dinosaur, according to a new report published in the Journal of Vertebrate Paleontology. The fossils were discovered in Lightning Ridge, New South Wales, a hotbed for dinosaur discovery in recent months. The new dinosaur, Fostoria […] The real T. rex looked nothing like the monster in ‘Jurassic Park.’ These 13 discoveries have upended our picture of the ‘king of the dinosaurs.’

Tyrannosaurus rex has captivated the public imagination since the “king of the dinosaurs” ate its way onto the scene in “Jurassic Park.” But when Steven Spielberg’s 1993 blockbuster was being made, paleontologists didn’t really know much about T. rex – only seven or eight skeletons existed in the fossil record. […] Whales are the largest animals to ever exist on this Earth, outweighing even the dinosaurs. These titans roam the oceans in search of food, but that wasn’t always the case. Millions of years ago they used to be land dwellers. Here is how whales ended up becoming the biggest of […] Behind the scenes of ‘Walking With Dinosaurs’, a show that features 18 life-size realistic animatronic dinosaurs Massive dinosaur footprints were discovered by researchers in Scotland. The footprints, which belonged to a species of long-necked dinosaur called sauropods, were dated to 170 million years ago. There are only a few confirmed fossils from that time period, so these finds may help scientists paint a better picture of […] This incredible animation shows how humans evolved from early life

Humans have had a long history. 3.8 million years in the making, to be precise. From the primordial puddle to the modern day, here’s how humans have evolved. The following is a review of the life forms depicted in the video. The origin of life, Prokaryote, Cyanobacteria, Eukaryote, Choanoflagellate, Platyhelminthes […] The discovery of a dinosaur footprint at NASA Goddard Space Flight Center in 2012 led to the discovery of one of the richest sets of prehistoric tracks from the Cretaceous Period ever seen. Among the footprints is “the mother lode of Cretaceous mammal tracks,” according to one of the authors […] A dinosaur newly discovered in Mongolia was most likely semiaquatic, a trait that hadn’t been found in dinosaurs before. The finding helps establish a new subfamily of dinosaurs. The creature had a neck like a goose’s, wings similar to those of penguins, and sharp claws like those of velociraptors. Birds […] Sixty-six million years ago, a 9-kilometer-wide... The dragons from Game of Thrones may...