Benny Drama gave a lighthearted view into the White House on Monday. The skit has nearly 3 million views on TikTok. 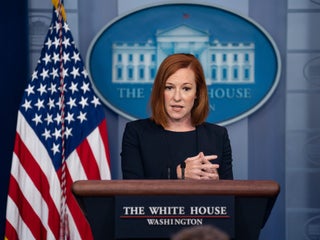 The family behind ‘Charlie Bit My Finger’ sold the original viral video as an NFT for over $760,000

The sale of the 2007 YouTube video marks yet another creator breaking into the non-fungible token (NFT) space and profiting off of early viral content. 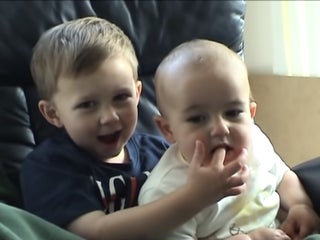 Influencers are flocking to Turkey for cheap fake teeth

Turkey has become a popular destination for cheap veneers, but the dental work doesn't last forever and could to costlier problems down the line. 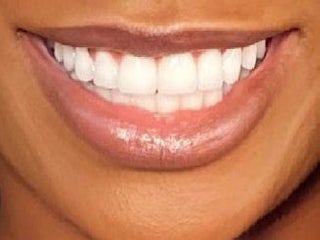 This article originally appeared on GE Reports: Hackers have been in the news lately, with their targets ranging from Minecraft players to an aide to a U.S. presidential contender. But few attacks could have larger and longer-lasting implications than an attack on electricity — the lifeblood of the modern economy […] Radiologists have finally figured out why astronauts who spend a lot of time in space get impaired vision. The problem, called visual impairment intracranial pressure (VIIP) syndrome, has been reported in two-thirds of astronauts who go up to the International Space Station. And according to a new study from researchers […] CHICAGO — It’s not every day that you get to watch artificial intelligence in action.  IBM Watson Health and the Radiological Society of North America teamed up on a project called “Eyes of Watson,” on display at the RSNA conference this week in Chicago. The demonstration is meant to show radiologists […] This originally appeared on GE Reports: In the hushed halls of the Universitario Quironsalud hospital in Madrid, there’s a new sound — the chatter of experts who are thousands of miles away helping doctors get the most out of their new high-tech diagnostic equipment. Their voices and faces are coming […] Digital disruption in radiology — will it put doctors out of work?

CHICAGO —  Medical imaging has been one of the areas in healthcare most ripe for digital disruption. “Phase 1 has already occurred,” Don Woodlock, senior vice president and general manager for Enterprise Imaging at GE Healthcare, told Business Insider. “There’s no film, images come off of all these modalities and get put […] Pay for medical care only if it works? Industry faces massive shift toward value-based care

Dr. Vivian Lee, the dean of the School of Medicine at the University of Utah, pulled up a slide with a Google search. Typed into it were the words “radiologists are…” The top auto-fill result? Parasites. It’s easy to see why the conclusion could be made: procedures like MRIs or […] CHICAGO — The radiology world has been abuzz with discussions of machine learning and what artificial intelligence may mean for the future of the field. The goal is for the technology to quickly scan medical images and prioritise abnormal results, allowing doctors to spend their time on the more difficult […] I spoke to Dr. Jay Morris, neuroradiologist at the Mayo Clinic, in a Facebook Live segment Tuesday from the RSNA industry conference in Chicago. Dr. Morris gave me a tour of the 3D printed models used to treat patients in institutions around the world. The Mayo Clinic began using sophisticated 3D printing technology […] CHICAGO — The MRI technology we use to get a clearer picture of the inside of our bodies relies on a key resource that keeps the magnets inside the machines extremely cool — 452 degrees Fahrenheit cold, to be exact. To keep things that chilly, the machines use liquid helium, […] Until now, women 75 and over were not encouraged to get routine mammograms to screen for breast cancer. That may now change. According to data presented Monday at the Radiological Society of North America’s annual conference, screenings after 75 should occur based on a woman’s personal choice, her health, and […] Mining for data in a South African platinum mine

This contributor post originally appeared on GE Reports: As operations manager at a South African platinum mine, Percy French has faced huge challenges over the past few years because of volatility in commodity prices. The price of platinum has dropped in half, and at the same time the value of […] Once known just for accounting, EY now gets nearly half its business from digital consulting

SAN FRANCISCO — If you thought EY (formerly known as Ernst & Young) was just an accounting firm, think again. The company widely known as one of the “big four” accounting firms has aggressively pushed itself to go beyond just tax and auditing, becoming a digital consulting service powerhouse in […] SAN FRANCISCO — For a company like BP, which has been in the oil and gas business for over a century, adopting new technologies could be a difficult task. It not only takes years to fully deploy new products, but there are also safety and reliability issues that need to […] The CEO of $2.8 billion Pivotal explains why you need to change your culture to survive as a digital industry

Over the course of the 20th Century, Toyota refined its processes for minimising wasted time and effort in its factories so it could deliver more cars, faster. The famed Toyota Production System, or TPS, was hugely influential and much-imitated in all industries, giving way to a movement called “lean manufacturing,” […] The Port of LA is the largest container port by volume in the US. That kind of scale makes it extremely difficult to keep track of how the containers are moving throughout the port. All the different parties involved, such as the supply-chain managers, truckers, and port operators, are given […] SAN FRANCISCO — Back in August, GE CEO Jeff Immelt criticised Donald Trump over his racist comments on Muslims and Mexicans, calling them “unacceptable.” Now, Immelt tells Business Insider that while he stands by his view of Trump’s comments, he reaffirms that he’s only ever had positive interactions with the […]

GE just signed one of the largest software deals in company history with Exelon, signifying a huge change occurring in the broader electricity space. Under the deal announced Tuesday, GE will deploy its entire Predix software portfolio across the fleet of energy facilities owned by Exelon, a Fortune 100 company […]