Diamond and Silk, the former Fox News personalities and self-styled “warriors” for Trump, were part of a group who argued for the commutation of former Detroit mayor Kwame Kilpatrick’s sentence. Kilpatrick was sentenced to 28 years in prison after being found guilty of mail fraud, wire fraud, and racketeering. Trump […] 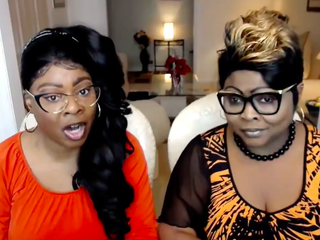 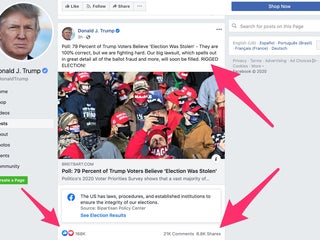 President Trump led a freewheeling press conference following the White House’s first social-media summit on Thursday. Trump’s speech touched on everything from his Twitter follower count decreasing to his insistence that social-media companies are making it difficult for his supporters to follow him. A handful of conservative commentators and lawmakers […] Republican Rep. Steve King of Iowa introduced the “Diamond and Silk Act” with the Trump-supporting media personalities by his side. The bill aims to redirect federal funds for “sanctuary cities” to helping homeless military veterans. The press conference quickly flew off the handle, with Diamond and Silk screaming at reporters […] President Donald Trump on Friday accused social-media platforms of censoring several outspoken conspiracy theorists and far-right figures, some of whom pushed baseless conspiracies and frequently post pro-Trump content. Trump suggested that a bans targeting the far-right personalities were attributed to the political biases from the leaders of the social-media companies. […]