Gaga portrays Patrizia Reggiani, who was convicted of arranging the 1995 murder of her husband, ex-Gucci head Maurizio Gucci, in the upcoming drama. 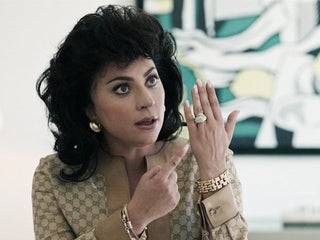 Americans have different words for soft drink depending on which region of the United States they’re from. The three most popular terms are soda, pop, and coke, according to data collected by the site Pop Vs. Soda. Linguists have noted other terms people from certain regions use for soft drinks, […] Lots of British actors have really nailed their American accents, but Americans can’t seem to imitate their peers across the pond. We spoke with Erik Singer, a dialect coach based in New York, to find out why British actors appear to be so much more skillful when it comes to […]

The 3 very British words that confuse people from outside the UK, according to dialect expert Korean Billy How to speak with a proper British accent Why a former Wall Street executive loves this southern phrase A Step-By-Step Guide To Talk With A Brooklyn Accent