Russia says it fired warning shots and dropped bombs to drive away a UK destroyer in the Black Sea, but the UK is denying it

Russia said the Royal Navy destroyer sailed into Russian waters, so it fired warning shots and dropped bombs. The UK says none of this happened. 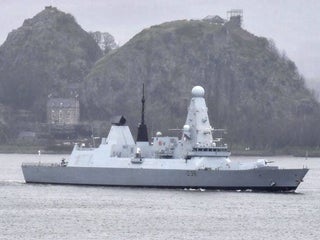 The first-in-class ship of the Navy’s most advanced class of destroyers has test-fired a missile for the first time. The USS Zumwalt test-launched an SM-2 missile at a test range in California, testing the ship’s ability to defend itself against cruise missiles. The Zumwalt was commissioned four years ago, but […] 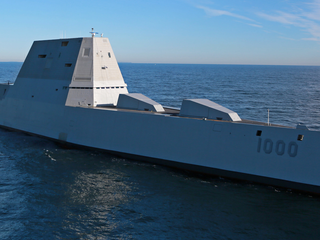 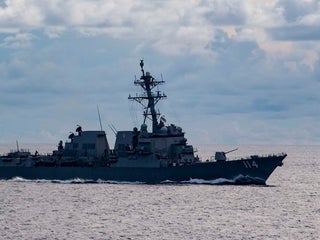 The US Navy said Monday that the number of coronavirus cases on the destroyer USS Kidd has climbed to at least 47 from 18 on Friday, when the outbreak was announced. In the same update, the service revealed that there are currently 955 active coronavirus cases among sailors assigned to […] 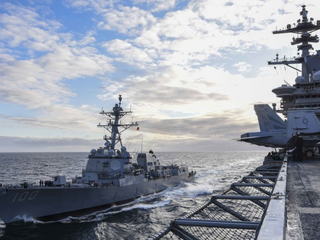 There is a coronavirus outbreak aboard another US Navy warship at sea, the Pentagon revealed Friday, announcing that there have been multiple cases aboard the destroyer USS Kidd. The US Navy revealed in a follow-up statement that 18 sailors assigned to the ship have tested positive. The outbreak marks the […] 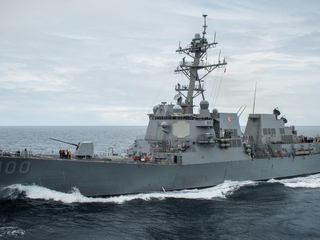 The coronavirus has spread to three US sailors aboard three different warships, the Navy revealed in a series of statements. Three sailors aboard the amphibious assault ship USS Boxer, littoral combat ship USS Coronado in San Diego, California and the guided-missile destroyer USS Ralph Johnson in Everett, Washington have been […] 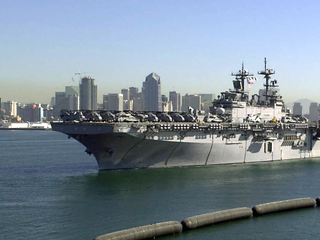 A Chinese destroyer fired a weapons-grade laser at a US surveillance aircraft, US Navy says

A Chinese destroyer lased a US Navy P-8A surveillance aircraft with a weapons-grade laser in the Pacific last week, the US Navy said Thursday. A Pacific Fleet spokeswoman told Insider the weapon appeared to be part of the Chinese warship’s close-in weapons system. “Weapons-grade lasers could potentially cause serious harm […] 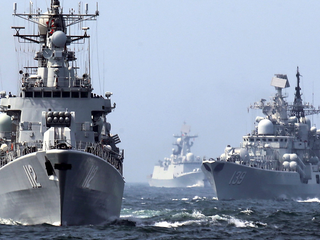 The Admiral Gorshkov, the first of a new class of Russian frigates built for power projection, is sailing around the Caribbean Sea. The Russian warship, one of several that have visited the area over the past decade, arrived in Havana on Monday. The US military said it was monitoring the […] China celebrated the 70th anniversary of the founding of the People’s Liberation Army Navy in Qingdao on Tuesday, showing off some new weapons systems. During the parade, which was shrouded in fog, mist, and rain, the Chinese navy showed off the Nanchang, the first of the new generation of Type […] Sebastian Stan talked to Business Insider about playing opposite Nicole Kidman in the crime thriller, “Destroyer.” This follows the strong supporting role he did in last year’s Oscar-winning movie, “I, Tonya.” Stan opened up about the challenge of finding good leading-man roles. And he had some fun with us when […] Actress Nicole Kidman said her latest role in the film, “Destroyer,” took a toll on her marriage to Kieth Urban. Kidman said on BBC’s “The Graham Norton Show” that the darkness of the role stuck with her, and that she was “a bit of a nightmare” while shooting. Nicole Kidman […]

China launched its first domestically-built Type 055 guided-missile stealth destroyer in July 2017, and since then, has added three more Type 055s to its fleet, with the last two launched in July 2018. It’s no secret that China has grand ambitions for a world-class navy. In addition to its Type […] 10 missing, 5 injured after Navy destroyer collides with tanker near Singapore

A US Navy destroyer was involved in a collision... After launching dozens of missiles against...