No food and $5,000 flights: The story of 2 Americans stranded in Kuwait during the pandemic who are living under 24-hour lockdown

Klement and Linda Camaj, two Americans, temporarily moved to Kuwait on March 8. In early May, the country announced a 24-hour coronavirus curfew, only allowing residents with identification out to grocery shop by appointment. They said flights back home were prohibitively expensive, and the US embassy couldn’t help. The two […] 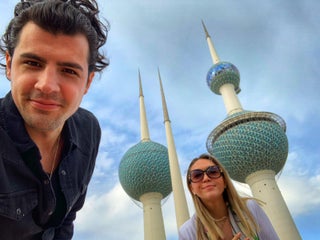 The US and China are locked in a war of words over the coronavirus, with the US sharply criticising China for covering it up as China celebrates its response and attempts to shift blame. Chinese Ministry of Foreign Affairs spokeswoman Hua Chunying and US Department of State spokeswoman Morgan Ortagus […] 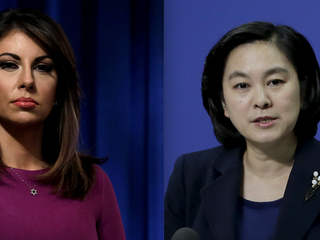 On Thursday, the US State Department issued a blanket “Level 4” travel advisory – its highest warning – covering all international travel. The unprecedented move comes as countries try to contain the coronavirus outbreak. As airlines cancel flights and countries further restrict travel and border crossings, there’s a risk that […] 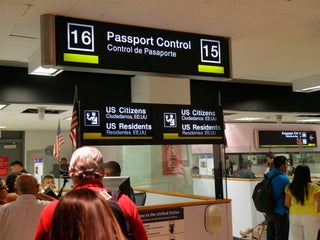 ‘Who mentored you?’ Retired US Army general slams Mike Pompeo and his West Point graduating class

Retired Maj. Gen. Paul Eaton, who commanded the Army’s Infantry Centre and was later responsible for the training of Iraqi forces, railed against Secretary of State Mike Pompeo. “Disgusting performance by @SecPompeo,” Eaton said on Twitter. Pompeo graduated from the US Military Academy at West Point in 1986 – a […] What we know about Mina Chang, a State Department official and self-described singer who just resigned over her dubious résumé

Mina Chang, a 35-year-old State Department official, prompted a flurry of interest over her credentials in November after she was alleged to have embellished her work history and educational experience. Chang resigned Monday. In her resignation letter, she criticised the State Department. Here’s what we know about Chang, who joined […] A State Department official discovered to have embellished her work history also appeared to have fabricated her educational experience, which is limited to attending unaccredited universities and seminars. Mina Chang, the State Department’s deputy assistant secretary to the Bureau of Conflict and Stabilisation Operations, has made misleading claims about her […]

The US Department of State has ordered all nonemergency US government employees out of Iraq, a security notice announced Wednesday. Evacuating personnel were told to “depart Iraq by commercial transportation as soon as possible” and “avoid US facilities within Iraq.” US allies have also begun suspending certain government and military […] President Donald Trump appeared to endorse a militia’s offensive against the UN-recognised government in Libya, according to American officials cited in a Bloomberg report. The alleged endorsement conflicts with existing State Department policy, and comments the Secretary of State Mike Pompeo made on April 7 in which he condemned the […]

‘She’s a terrorist. We don’t need people like her’: Pompeo slams ‘ISIS bride’ begging to return to US

Secretary of State Mike Pompeo said on Monday that the “ISIS bride” Hoda Muthana is “not a US citizen” and will not be permitted to return to the US. “We don’t need people like her who threatened the lives of Americans,” he told Dave Levora of “AM Quad Cities” on […] Doubling down on an earlier decision by the Department of State, the Department of Justice said in a Monday court filing that the “ISIS bride” Hoda Muthana “is not and has never been a US citizen,” CNN reported. The decision was in response to a lawsuit brought against the US […] The US Department of State issued a travel advisory in the Bahamas on February 25. Violent crime – including sexual assault and armed robberies – is “common,” according to the department’s website. Government personnel are not permitted to visit the Sand Trap area in Nassau. They’re also barred from using […] The president declared Wednesday that ISIS has been defeated in Syria, clearing the way for US troops to return home from the war-torn country. The Pentagon, the Department of State, and the US-led coalition in Iraq and Syria have repeatedly argued that the US has yet to achieve its objectives […]