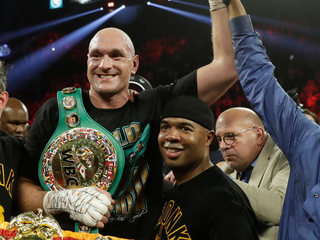 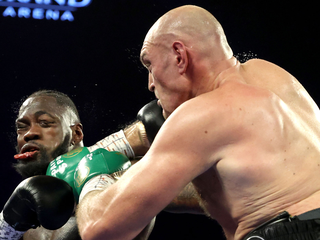 America’s best heavyweight Deontay Wilder is a ‘one trick pony’ who fights like ‘Bambi on ice,’ according to the Gypsy King of boxing Tyson Fury

Tyson Fury has slapped down December 1 opponent Deontay Wilder. Wilder is “a one-trick pony” who fights off-balance like “Bambi on ice,” according to Fury. The British heavyweight, who challenges Wilder for his WBC championship title in Los Angeles, then compared his style to Muhammad Ali. And he expects to […] Tyson Fury has opened up about his experience with depression, which involved 18 pints of beer a night, cocaine, and driving a Ferrari at 190mph because he wanted to crush it ‘like a Coke can’

Tyson Fury opened up about his experience with depression on Joe Rogan’s popular MMA Show podcast. Fury was on top of the boxing world when he stunned Wladimir Klitschko with a punch-perfect performance to win three of boxing’s four major championship titles in 2015. But that massive high led to […]