Investor who said back in April that “this is the time you should own gold” now says market is too crowded. Gartman said he’s “social distancing” from the precious metal that hit its highest level ever this week. Tumbling stocks could spark a gold sell-off, according to Gartman. Watch gold […] 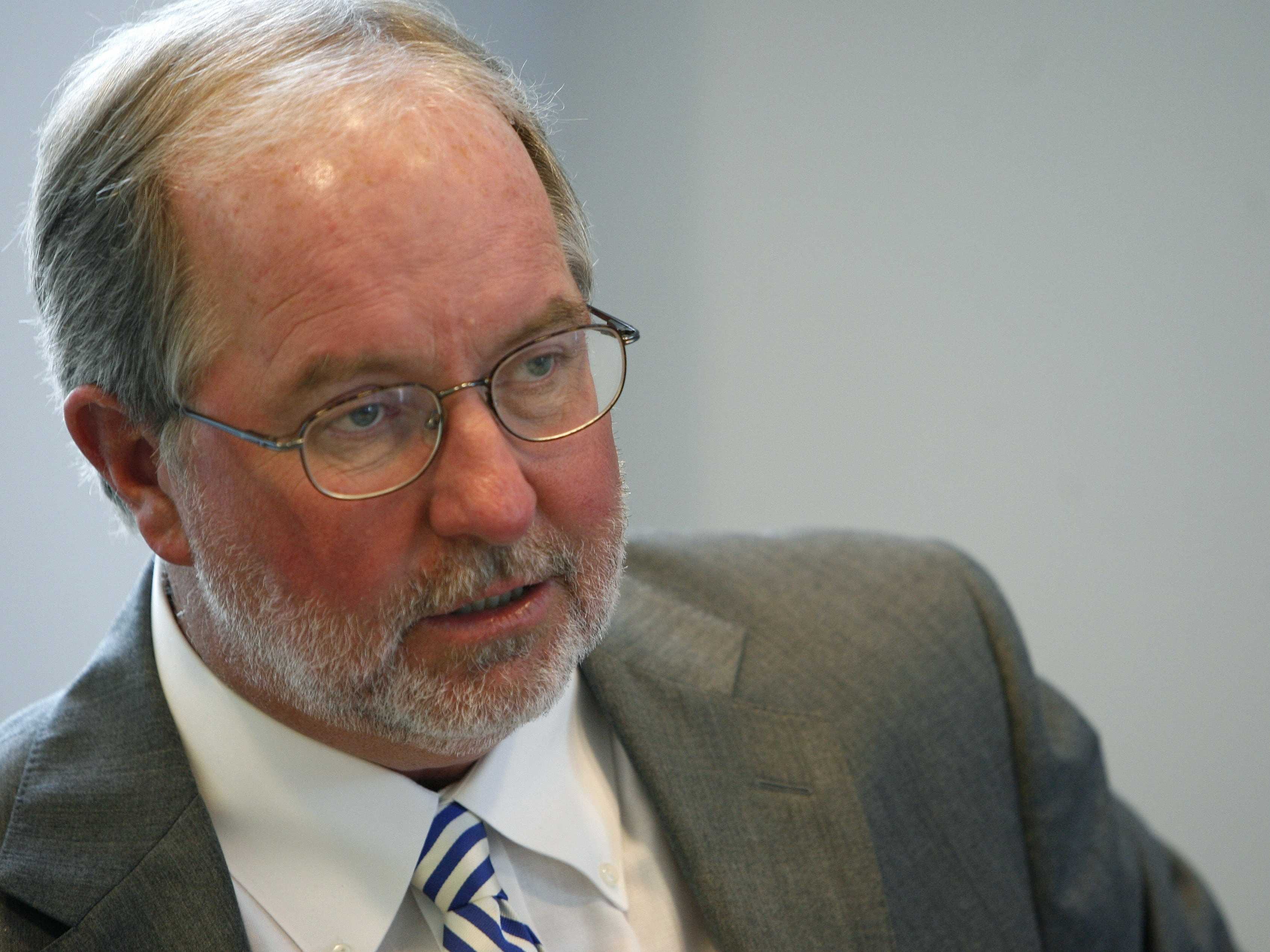 Back in January, Dennis Gartman said in his... GARTMAN: Crude oil will never trade back above $44 ‘in my lifetime’

Dennis Gartman has a call on oil. Gartman... GARTMAN: We’re Witnessing The End Of The Oil Era

Get ready for a fall. GARTMAN: This Is A Market Melt-Up

A few weeks ago the markets didn't look so hot... NYSE Margin Debt Is Back In The ‘Scary Zone’

Back in March, bond guru Jeffrey Gundlach was... GARTMAN: Everyone Should Avoid Bitcoin — Mt. Gox’s Failure Is A ‘Pox On The Entire Enterprise’

MtGox, once Bitcoin’s largest trading site, has shut down. The company said the move came “in light of recent news reports and the potential repercussions on MtGox’s operations and the market.” Though some argue that it is insolvent. Dennis Gartman, editor and publisher of The Gartman Letter writes that this […] GARTMAN: I Fear For South Africa Now That Mandela Has Died

Nelson Mandela, former South African president and anti-apartheid leader, died in Johannesburg Thursday at the age of 95. Mandela had suffered from a recurring lung infection. Mandela’s death prompted many to worry for the nation, even as they mourned his death. Dennis Gartman, editor and publisher of the Gartman letter, […] Venezuelan president Nicolas Maduro passed legislationto regulate the price of new and used cars in an effort to rein in inflation. The law states that the price of used cars can’t surpass that of new cars and that breaking the law could earn perpetrators jail time. But some argue that […] 2013 was great year for stocks and a crazy year for bonds. But the amount of money you made depends on how you traded. Dennis Gartman, editor and publisher of the Gartman Letter, has 19 rules of trading from 2013. But these hold true in general. Here they are verbatim: […] Yellen is a frontrunner again, now that Summers has withdrawn his name.

GARTMAN: These 16 Rules Will Make You A Better Trader DENNIS GARTMAN: I’m Not Embarrassed By My Bad Trading Call, I Was Just Wrong

"We lived to fight another day." GARTMAN: In Four Decades Of Trading Gold, I Have Never Seen Anything Like This Crash Gartman Warns Cyprus: One Does Not Steal Russian Mafia Money And Get Away With It

[credit provider=”Bloomberg via YouTube” url=”https://www.youtube.com/watch?v=3nt720oGliM”] Uncertainty over the Cyprus bailout deal continues as the government delayed the bailout vote till Tuesday. The biggest point of contention is the tax on depositors. GARTMAN: I’m Staying Out Of Stocks, Because I’m Concerned About All The Insider Selling

[credit provider=”moneyshow.com” url=”http://www.youtube.com/watch?v=3VsujxbQjvM&feature=related”] Back in February Dennis Gartman, publisher of The Gartman Letter announced the he was exiting all his bullish positions and rushing to the sidelines.Now stocks have been hitting all-time highs. GARTMAN: We Are Exiting All Bullish Positions And Rushing To The Sidelines

[credit provider=”Bloomberg via YouTube” url=”https://www.youtube.com/watch?v=ntEHVb3A-hs”] Stocks tumbled yesterday after the FOMC minutes showed that many Fed officials wanted to reduce or end QE sooner than expected. The Dow tumbled 108 points, and today stocks and commodities are down again. GARTMAN: The Gold Bug Thesis Is Officially In Tatters

[credit provider=”Bloomberg via YouTube” url=”https://www.youtube.com/watch?v=ntEHVb3A-hs”] Gold plunged over 3 per cent yesterday after the release of FOMC minutes, which revealed that several members of the Fed wanted to end QE3 by the end of 2013.Now, Dennis Gartman, publisher of The Gartman Letter, writes that gold bugs who have operated on […] GARTMAN: The Fiscal Cliff Deal Is Anti-Marriage And Obama Has Got Us One Step Closer To Socialism

[credit provider=”moneyshow.com” url=”http://www.youtube.com/watch?v=3VsujxbQjvM&feature=related”] Last night the House voted 257-167 to approve the fiscal cliff bill that was passed early Tuesday in the Senate.The bill allows for tax increases on individuals and households making over $400,000 and $450,000 respectively. Incomes above that level will now be taxed 39.6 per cent.