TikToker Antoni Correa kicked off a debate about the ethics of not tipping if you receive bad service. Correa really left a 20% tip, he told Insider. 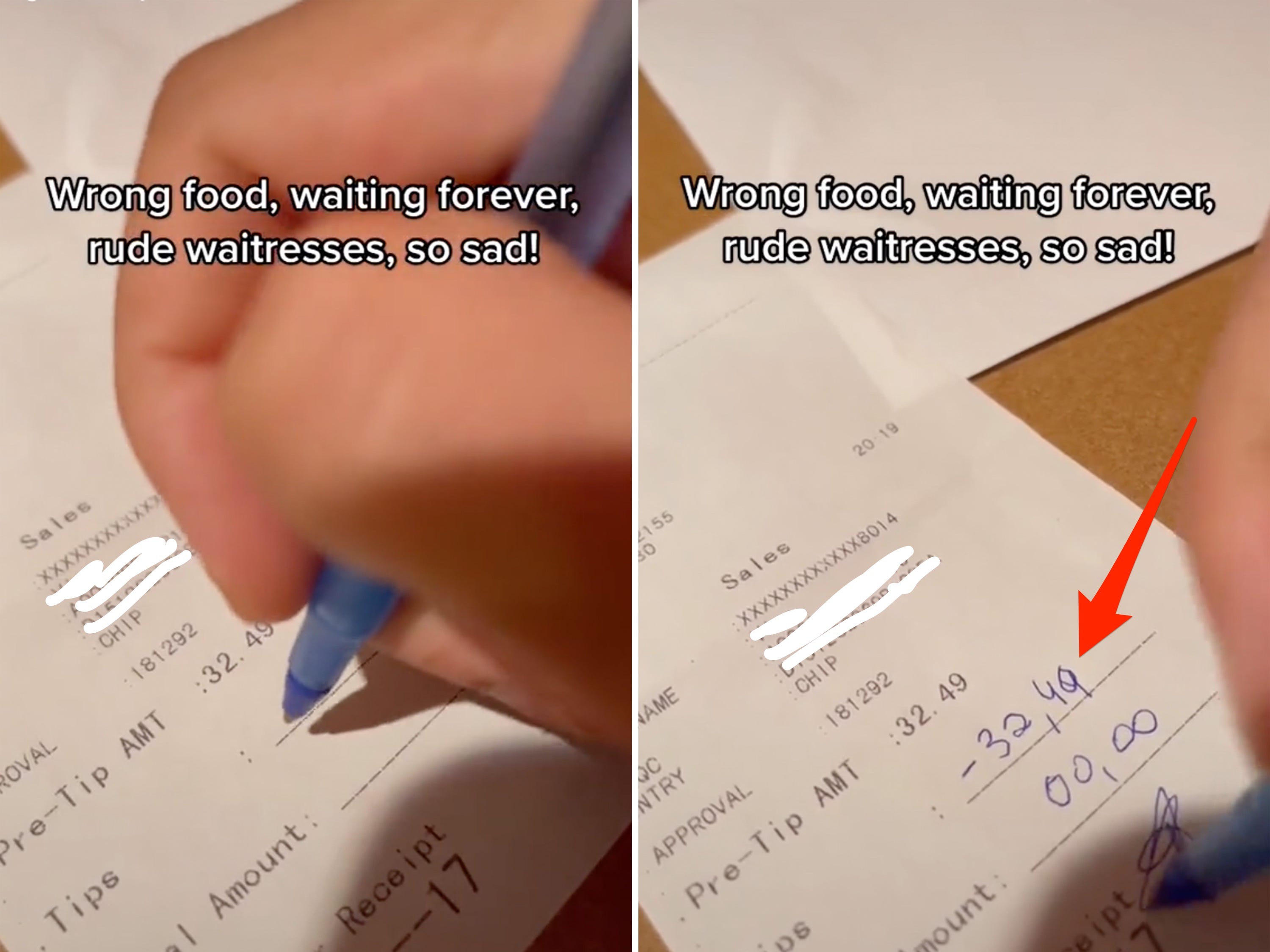 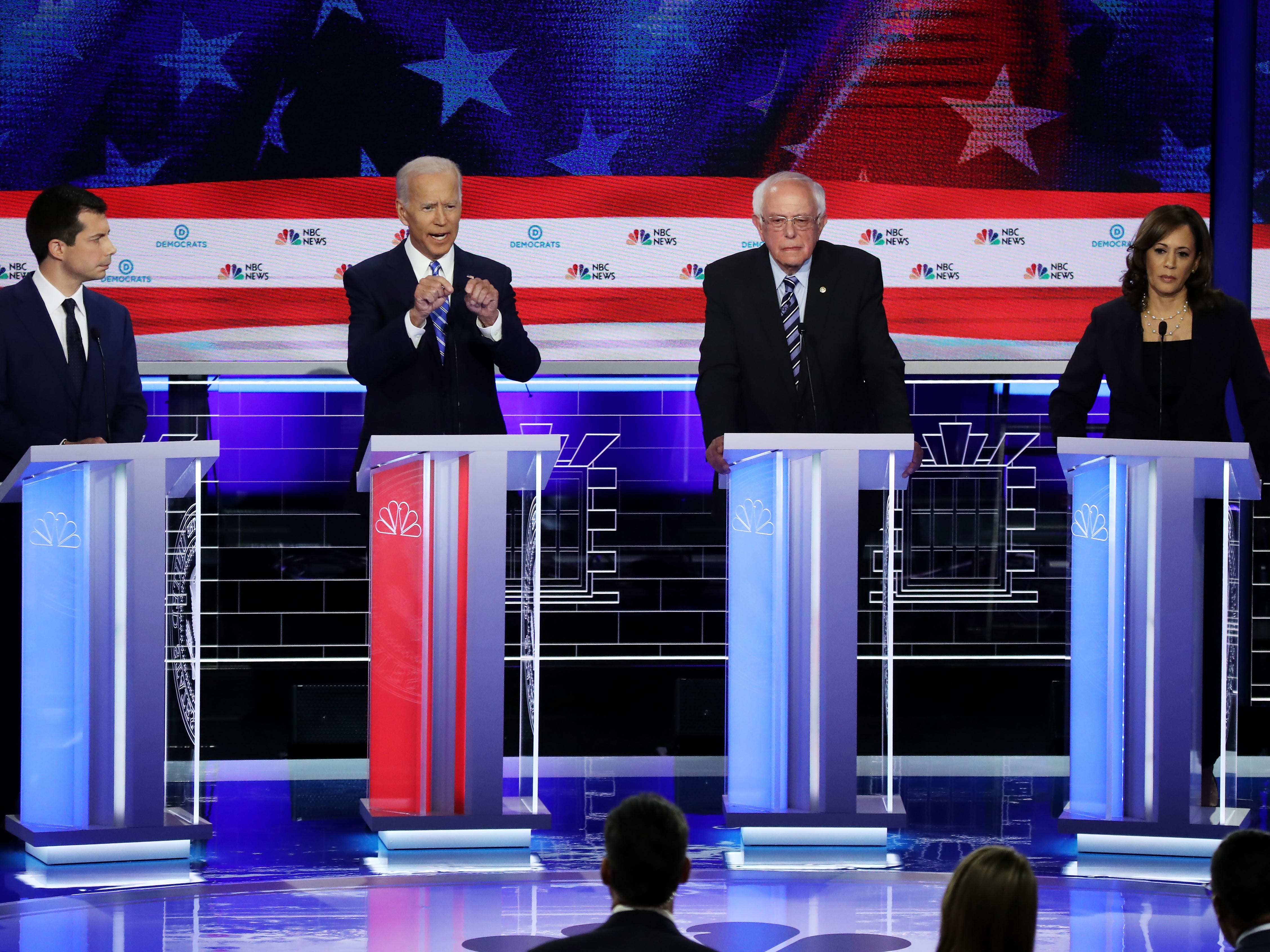 Jon Ossoff debated an empty podium and called Sen. David Perdue a ‘coward’ for skipping the debate a month before their Senate runoff

The Democratic Senate candidate Jon Ossoff debated an empty podium Sunday night in Atlanta after his opponent, Republican Sen. David Perdue, declined to participate. Ossoff is challenging Perdue in one of two US Senate runoffs, set to take place in Georgia on January 5, that will determine control of the […] 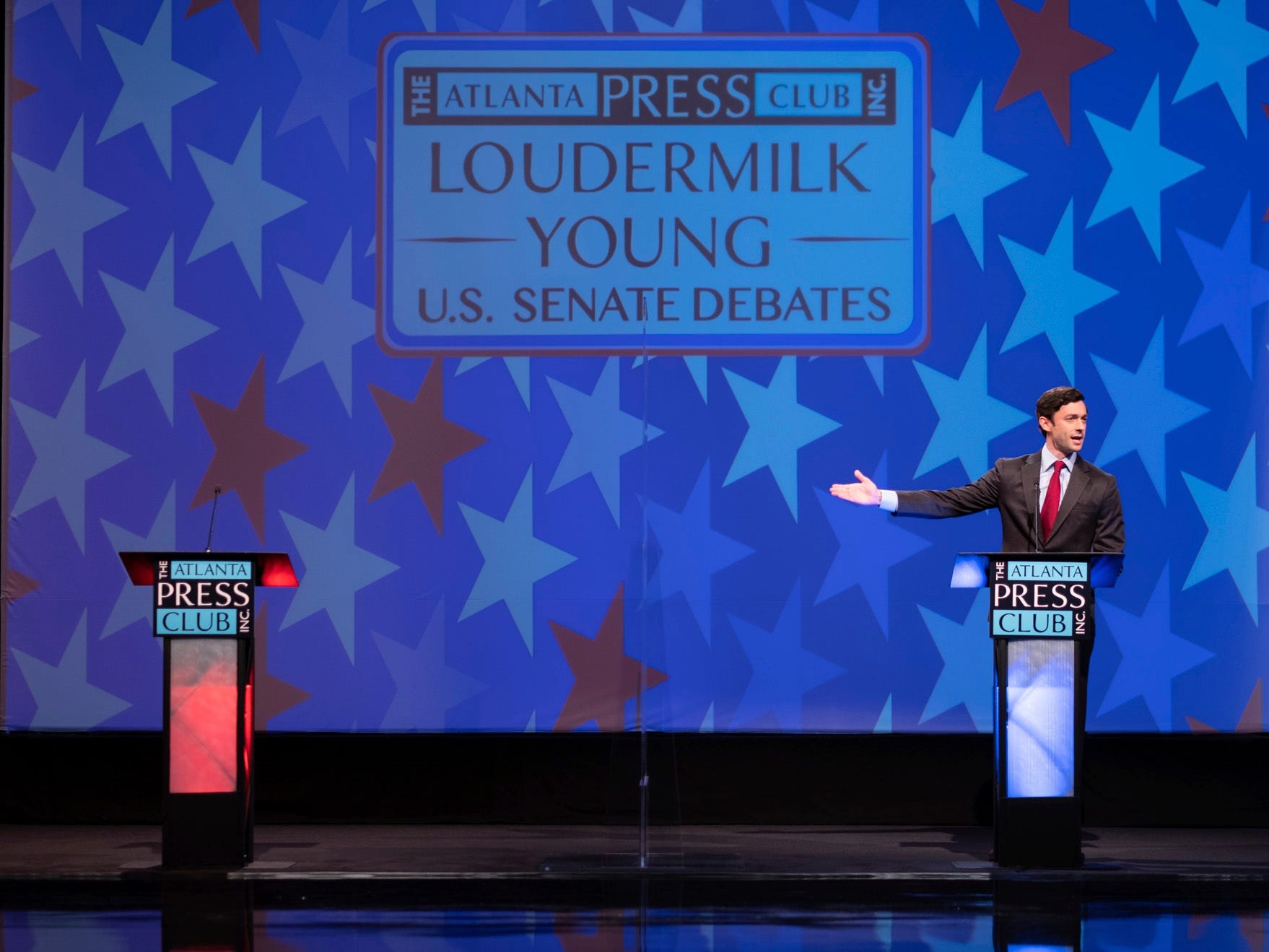 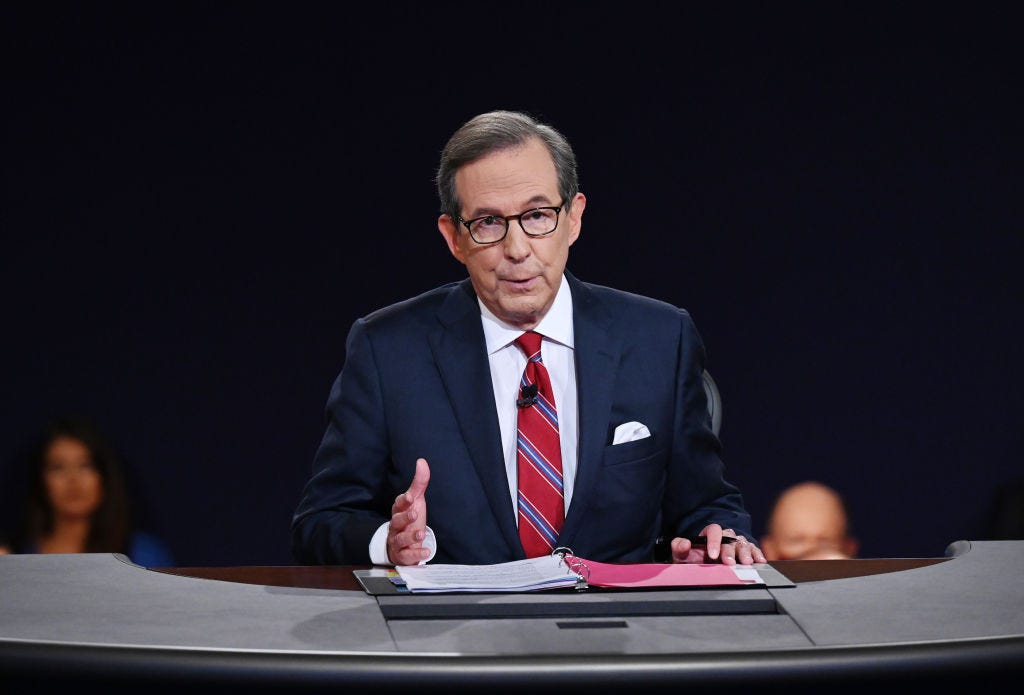 President Donald Trump concluded his remarks on Thursday’s debate by lauding how “we had the best Black unemployment numbers in the history of our country” during his presidency. Although Black unemployment hit a historic low last fall, Black Americans marked higher rates than the rest of Americans in all of […] 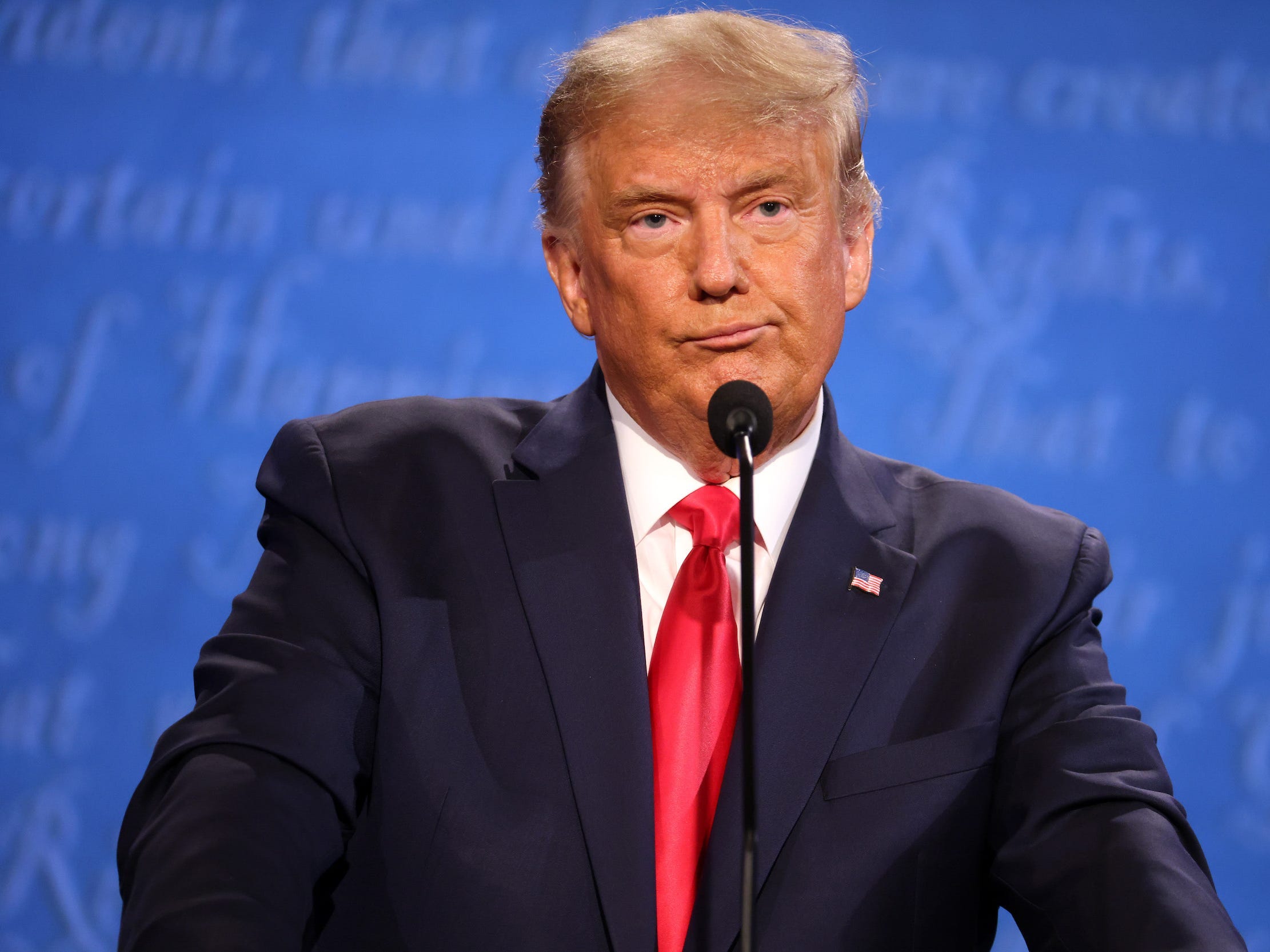 Highlights from the final presidential debate between Trump and Joe Biden

President Donald Trump and his Democratic challenger, Joe Biden, squared off Thursday in their final presidential debate before Election Day, clashing over the coronavirus pandemic, climate change, and race in America. Asked about his stance on Black Lives Matter, Trump said he was the “least racist person” in the room. […] 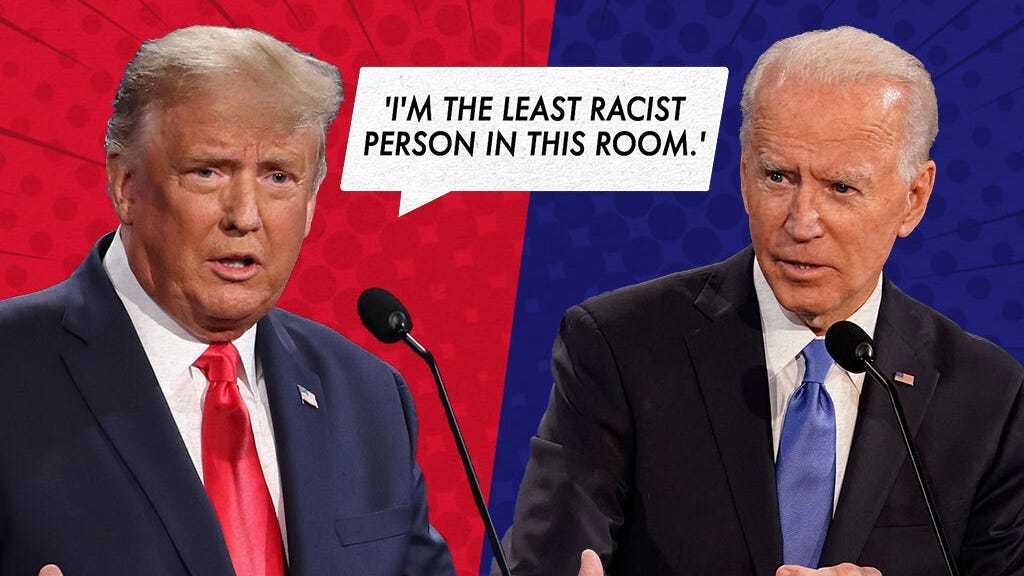 Biden says he would ‘shut down the virus, not the country’ during the final presidential debate

Democratic nominee Joe BIden pushed back during Thursday night’s debate against President Donald Trump’s repeated claim that he would tank the economy with shutdowns if elected. “I’m going to shut down the virus, not the country,” Biden said. “It’s his ineptitude that caused the country to have to shut down […]

The Commission on Presidential Debates has announced plans to mute microphones during the next presidential debate to allow each presidential candidate to have two-minute blocks of uninterrupted time. The move was designed to “ensure a more orderly discussion of the issues,” according to a statement from the commission. President Donald […] 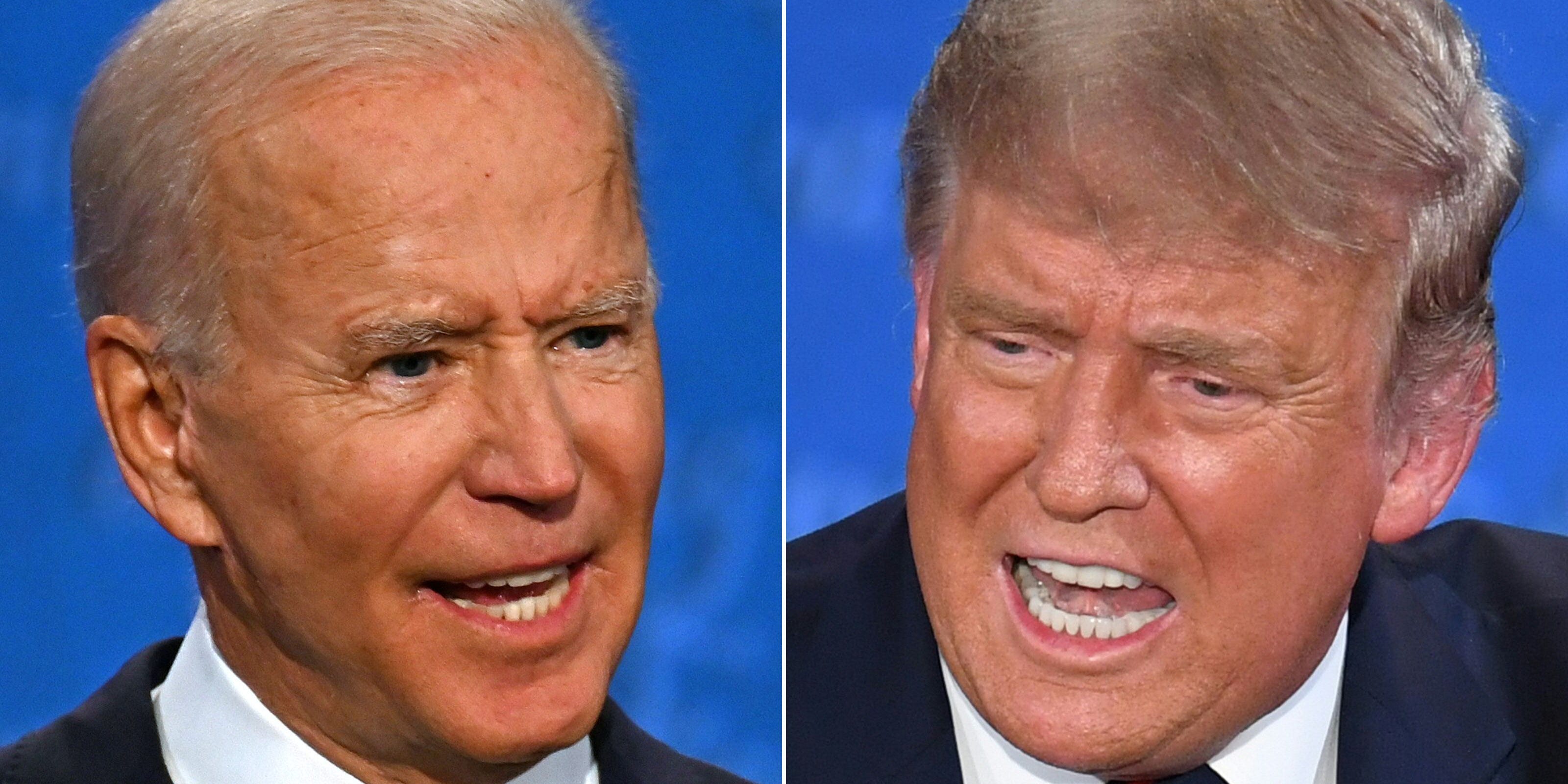 President Donald Trump will participate in an NBC News town hall on Thursday evening, the network announced on Wednesday. The town hall will take place at the same time as his 2020 Democratic opponent’s Joe Biden’s on ABC News, which was announced last week. The change of schedule came after […] 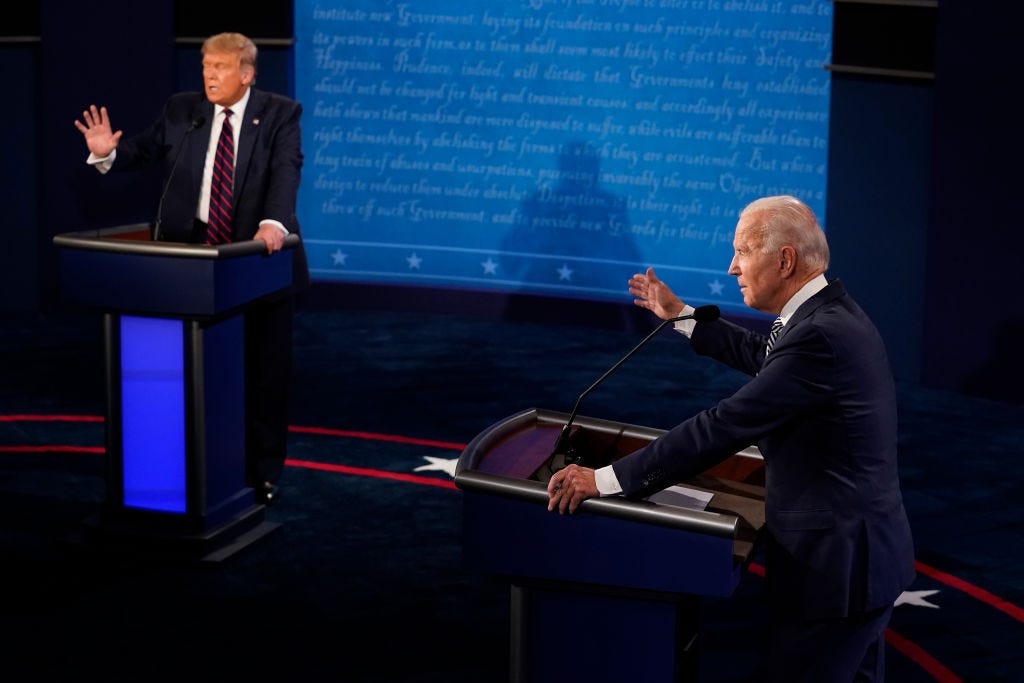 A debate between Sen. Lindsey Graham and challenger Jamie Harrison got nixed after Graham refused to take a COVID-19 test

A debate between South Carolina Sen. Lindsey Graham and Democratic challenger Jaime Harrison was cancelled after Graham refused to get tested for COVID-19. Harrison demanded on Thursday that Graham take a COVID-19 test before they got together on the debate stage. The two candidates will separately participate in interviews with […] 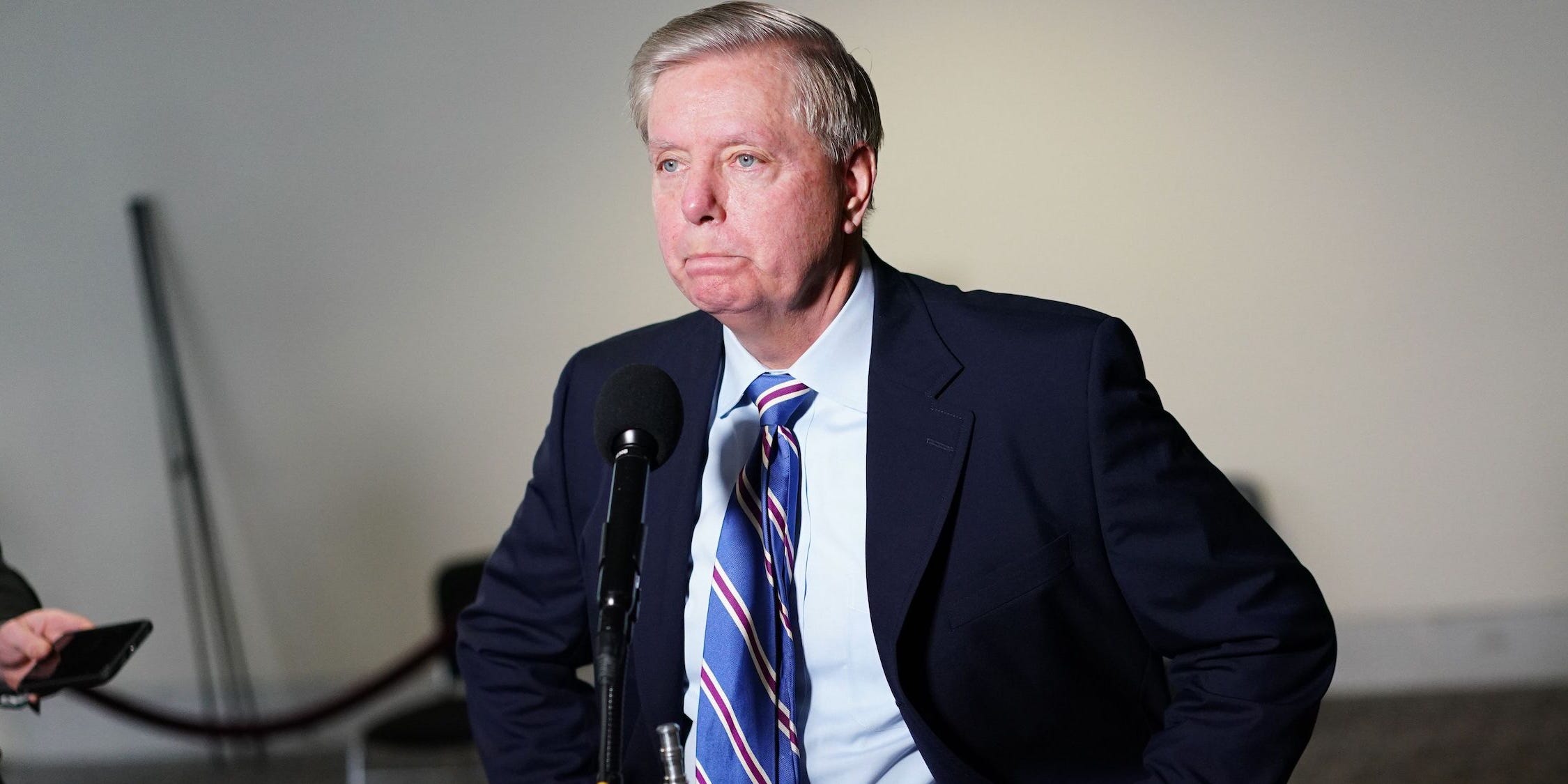 Next scheduled presidential debate between Trump and Biden has been cancelled

The next presidential debate between President Donald Trump and Democratic presidential nominee Joe Biden was scrapped, the Commission on Presidential Debates announced in a Friday statement. The organising group cancelled the upcoming debate scheduled for October 15, which was changed from an in-person event to a virtual meeting. The decision […]

The Biden campaign sold 35,000 fly swatters in a matter of hours after a fly’s famous landing on Mike Pence’s head during the vice-presidential debate

The Biden campaign sold 35,000 fly swatters for $US10 each within hours this week. The fly swatters carried the slogan “Truth Over Flies” in reference to a fly that landed on Vice President Mike Pence’s head for two minutes during a nationally televised debate Wednesday evening. Visit Business Insider’s homepage […] 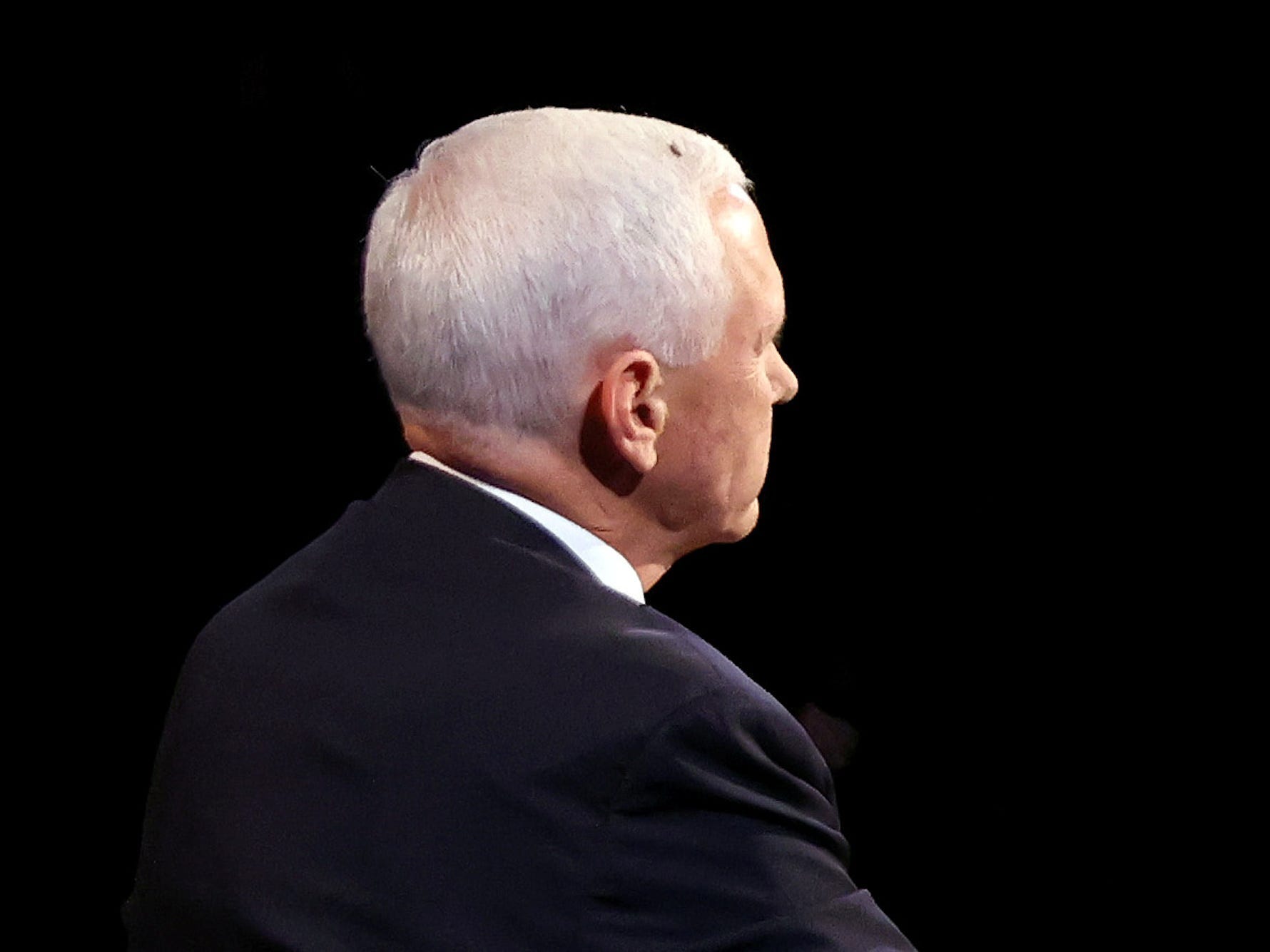 The plexiglass barriers that will separate Harris and Pence at the debate probably won’t stop coronavirus-laden aerosols, scientists say

Plexiglass barriers will divide Kamala Harris and Mike Pence at the vice presidential debate on Wednesday. The barriers are meant as an additional protective measure to prevent potential COVID-19 transmission. But experts say the barriers would be mostly useless in preventing the spread of microscopic, coronavirus-laden aerosols. Visit Business Insider’s […] 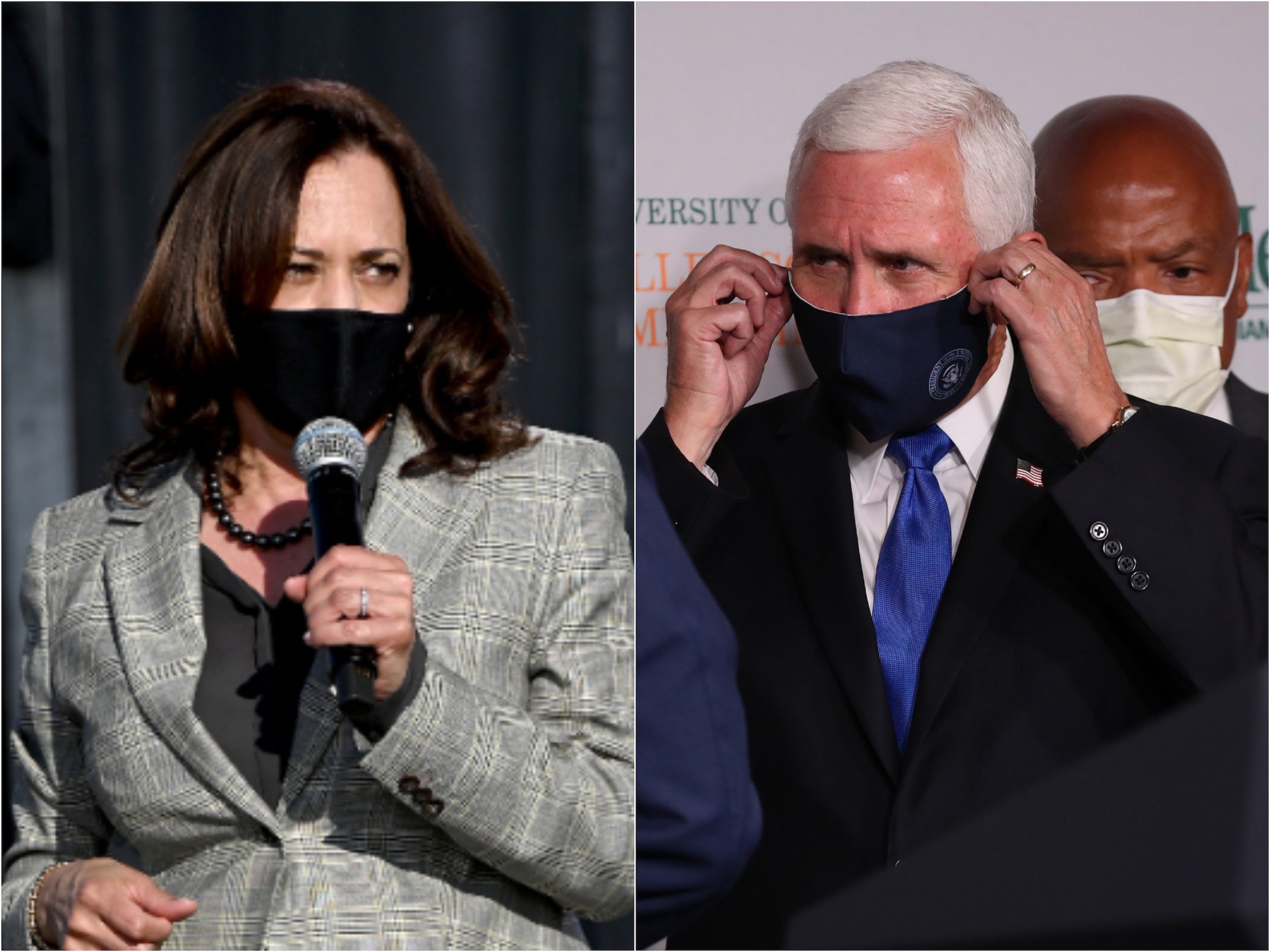 At least 11 positive coronavirus tests can be linked back to the presidential debate, Cleveland officials say

At least 11 people involved in setup and organising for last week’s presidential debate have tested positive for the coronavirus, according to an announcement from Cleveland officials. The announcement specifies that the positive tests did not come from people who actually participated in or attended the debate. Neither President Donald […] 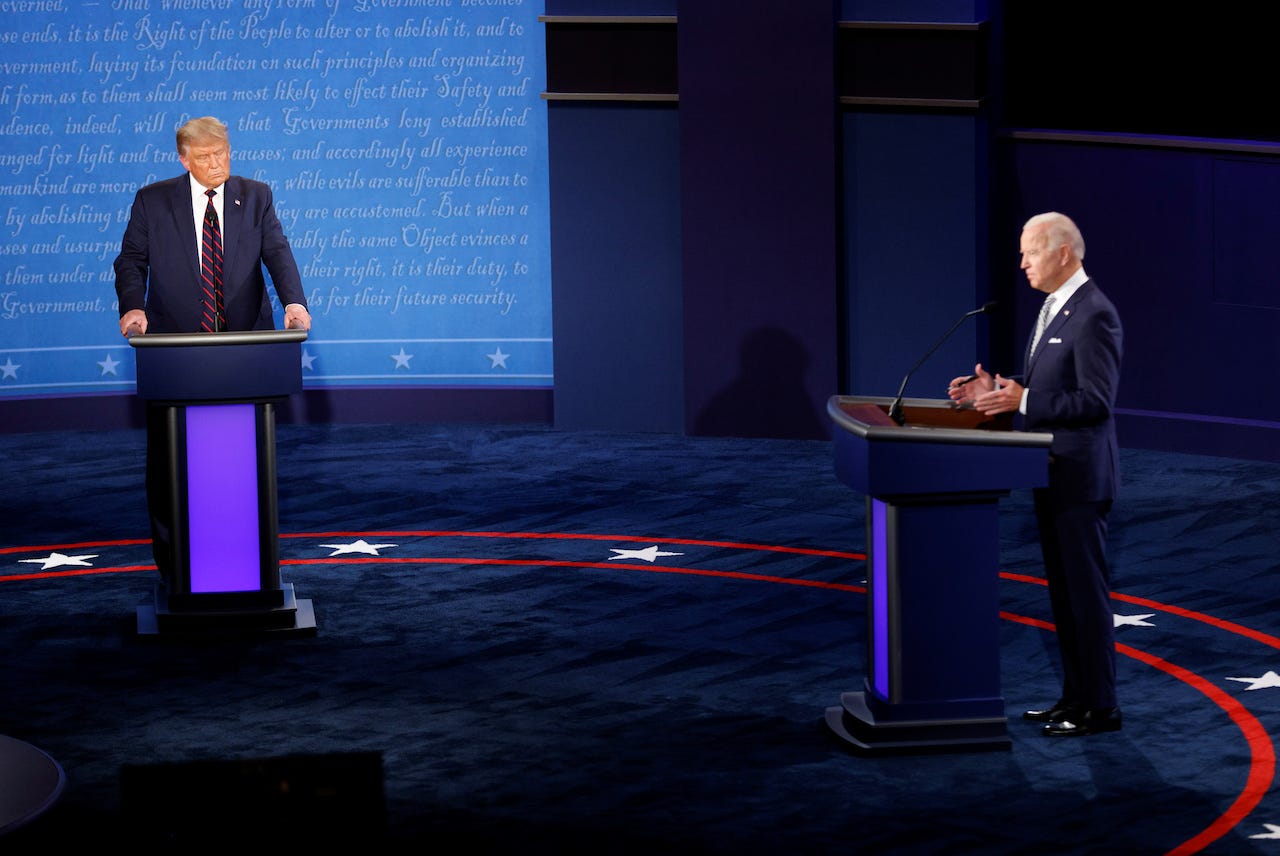 If Trump’s symptoms started before Friday, he may have been highly infectious during the debate

President Trump tested positive for the coronavirus on Friday. People who have COVID-19 are generally most infectious the day they start showing symptoms and the day prior. So if Trump started showing symptoms before Friday, that means he might have been highly infectious when he debated Joe Biden on Tuesday. […] 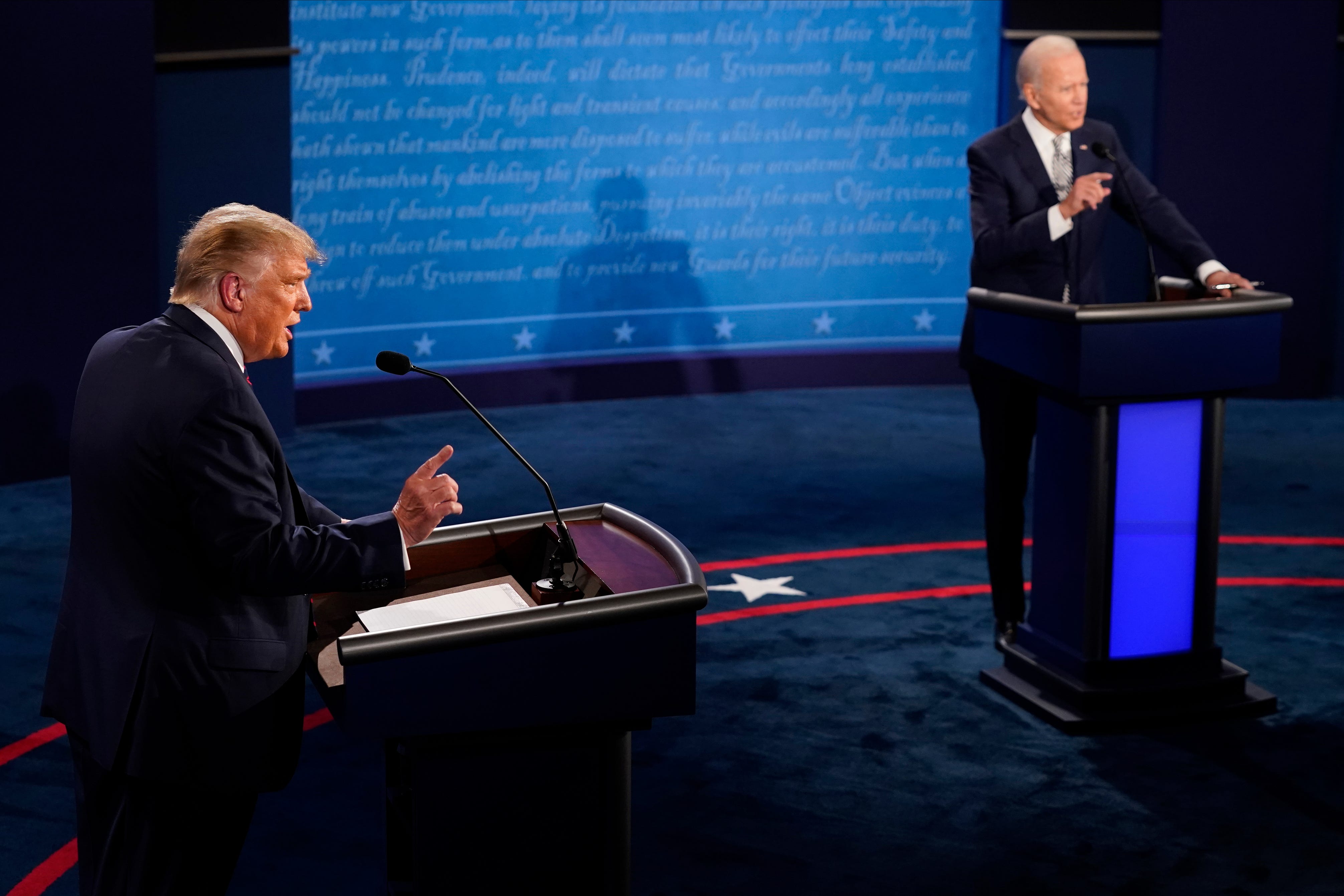 An actual clown on the debate: ‘I hope we can set the record straight on what clowns actually are, and they are not Donald Trump’

At Tuesday’s night presidential debate, Democratic nominee Joe Biden called President Donald Trump a ‘clown.’ Business Insider spoke with Tim Cunningham, a clown and emergency nurse, about the usage of the term in the debate. Cunningham said he laughed when he heard the term used, but that Trump does not […] 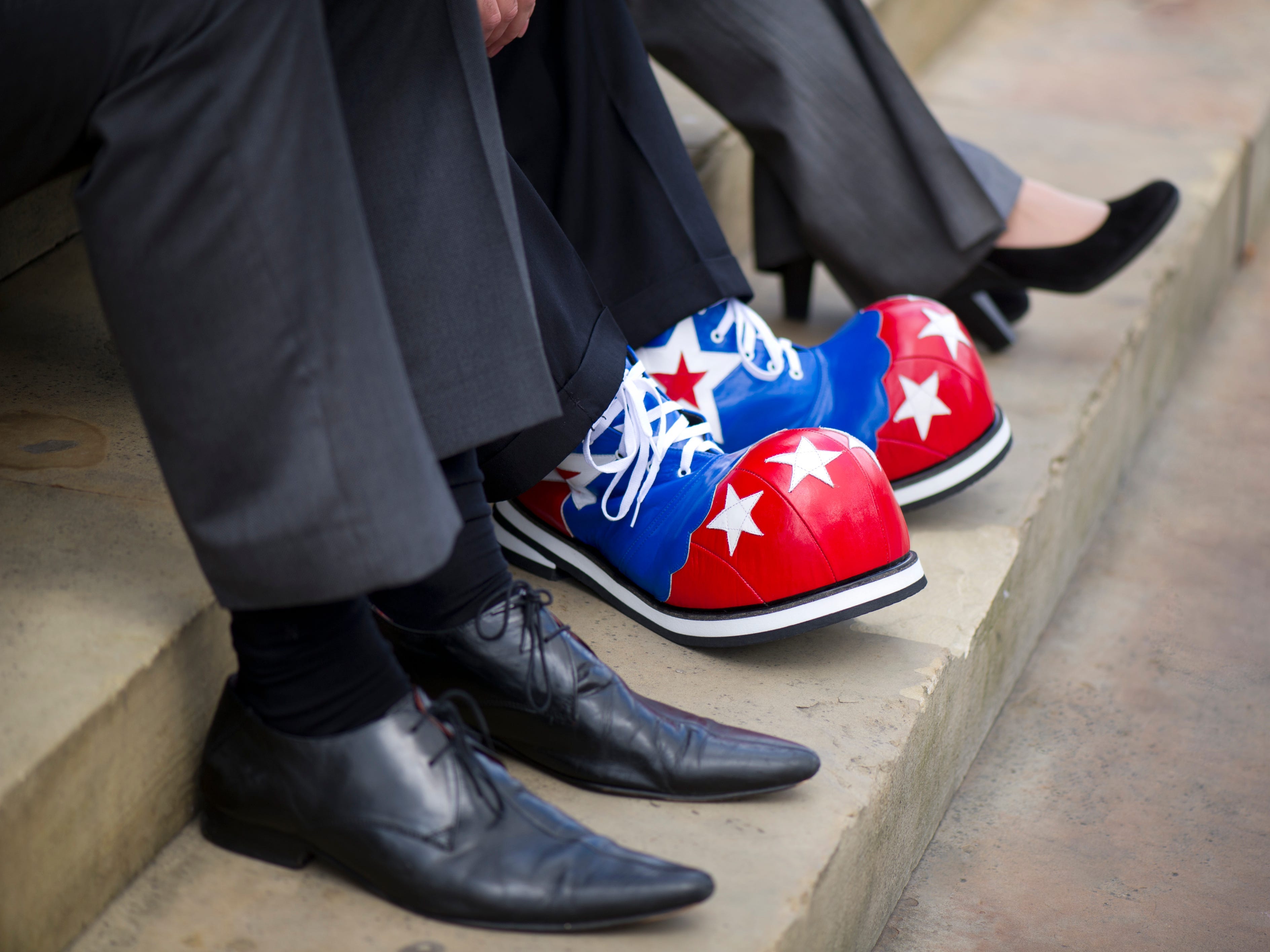 During Tuesday night’s debate, President Donald Trump kept interrupting former Vice President Joe Biden, something remarked upon by the moderator Chris Wallace. ‘Well, frankly you’ve been doing more interrupting,” Wallace told Trump at one point. The rule-breaking is nothing new for Trump, but it was apparently unprecedented in a debate, […] 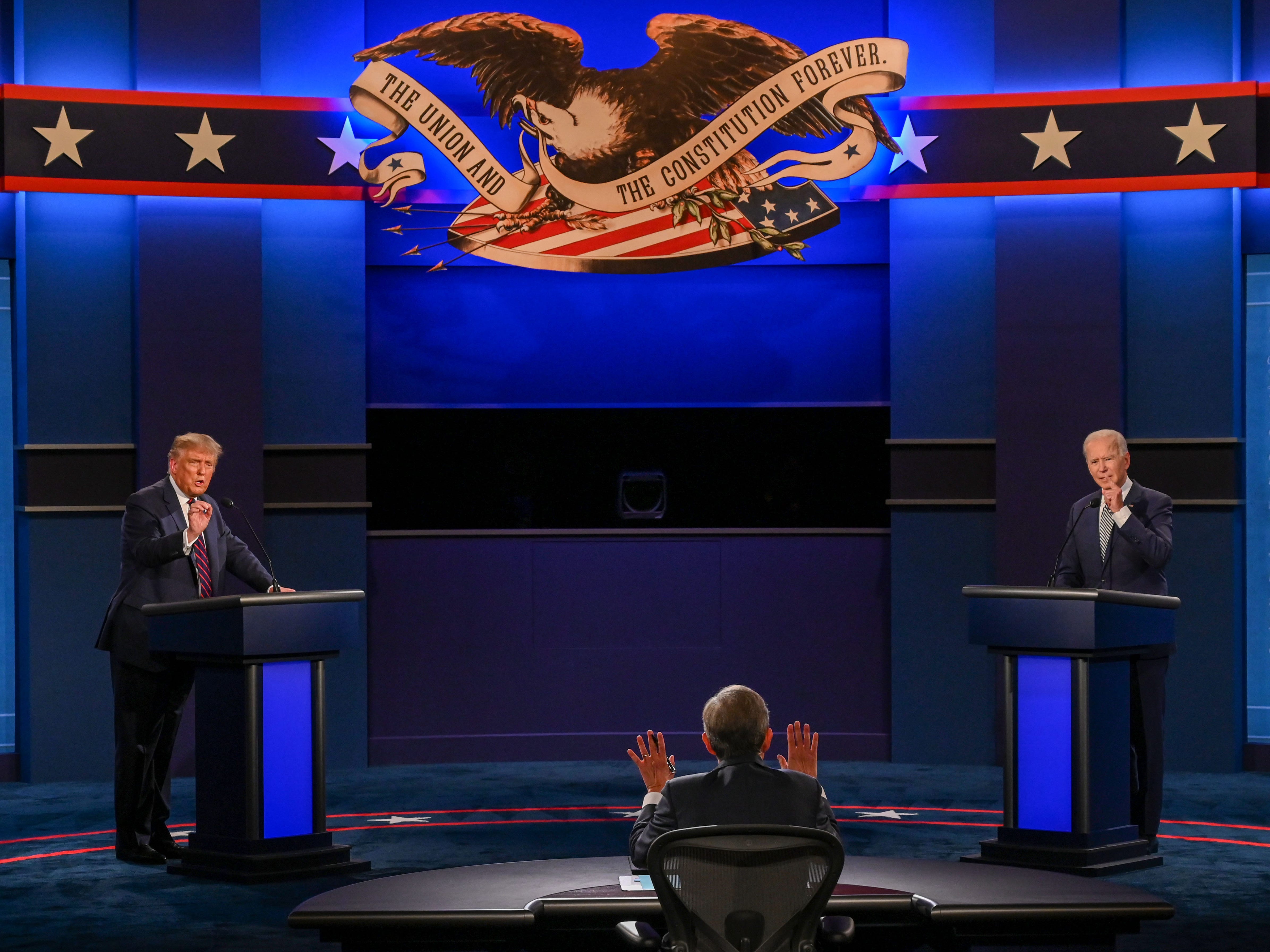 Of course Trump refused to condemn his white supremacists followers. Chris Wallace should have been ready for that.

During the first presidential debate, moderator Chris Wallace asked Trump to condemn his white supremacist voters. Trump refused to do so emphatically, and even told a white supremacist gang called “The Proud Boys” to “stand by.” While Trump’s response was both disgusting and unsurprising, Wallace also failed to pursue the […] 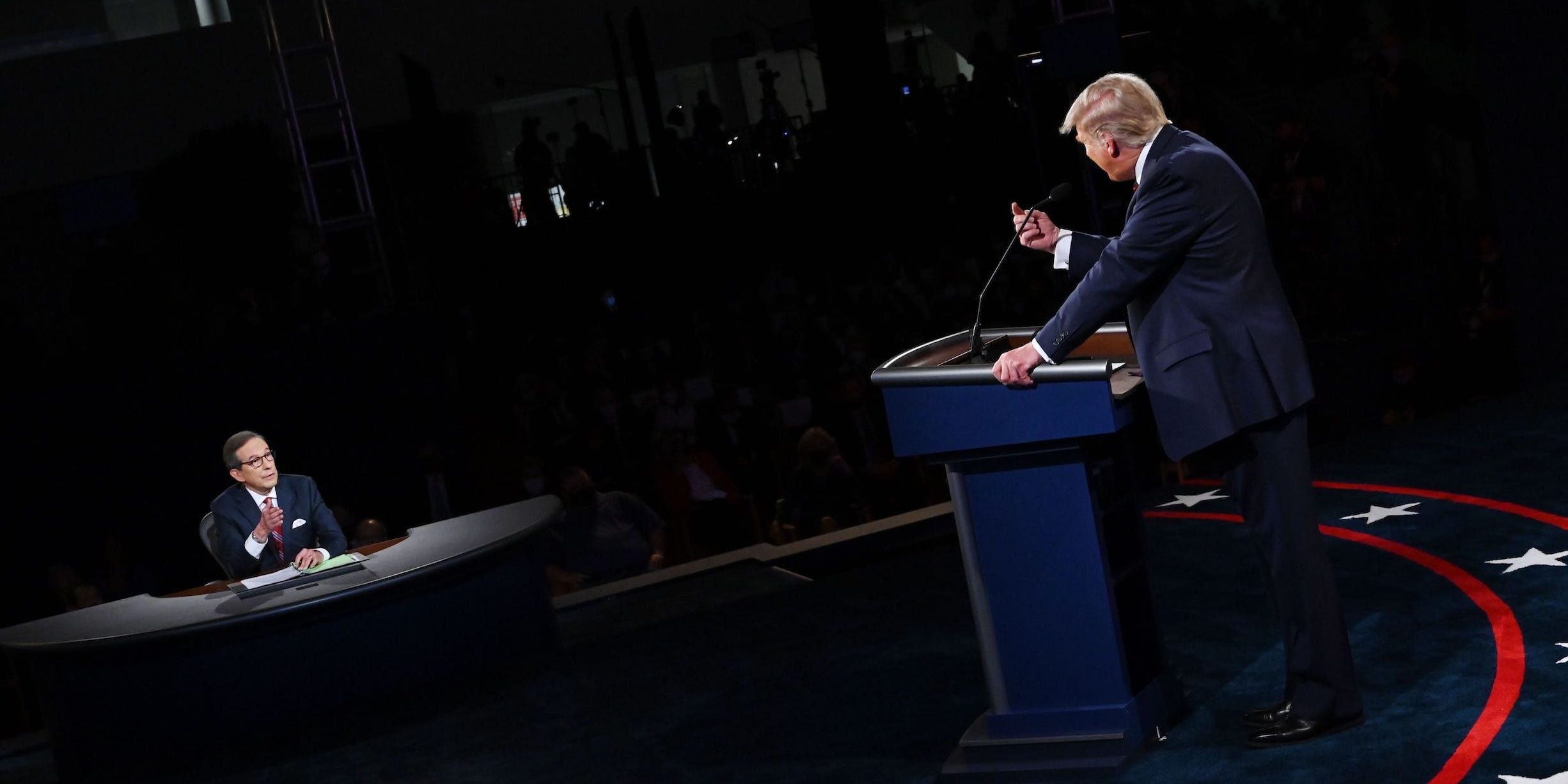 Trump said the sheriff in Portland endorsed him. That’s not true, and the sheriff himself fact-checked the president on it.

President Donald Trump claimed during Tuesday’s debate that the “Portland sheriff” endorsed him, which is not true. The sheriff himself fact-checked Trump in a tweet: “As the Multnomah County Sheriff I have never supported Donald Trump and will never support him.” Reese also tweeted that Trump talking about Portland has […] 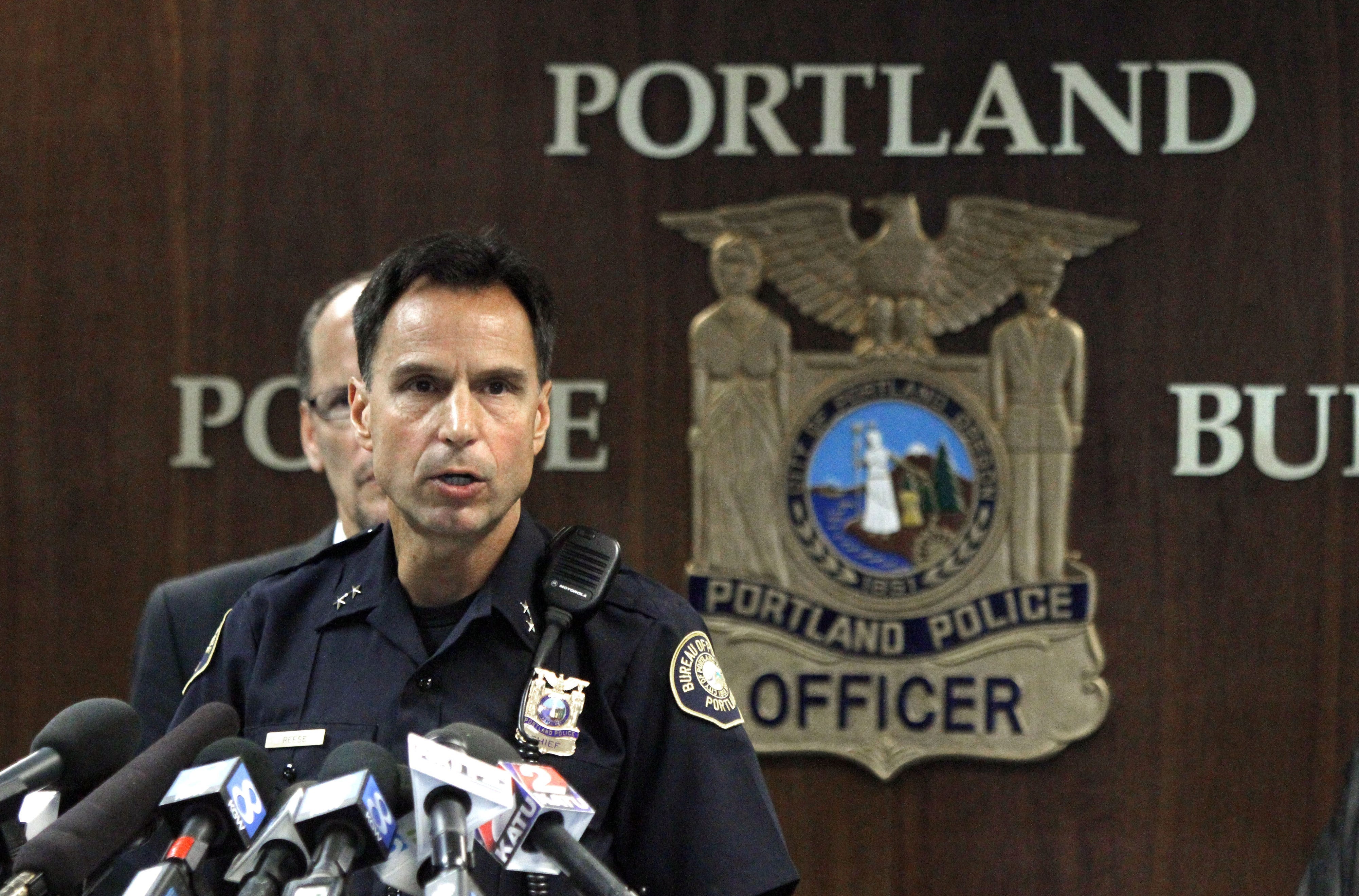