Balasubramaniam Kumar, 74, was kept in a freezer box for 20 hours when undertakers came to collect the body for the funeral and found that he was still moving and gasping for air. Mr Kumar was then rescued and admitted to hospital in a drowsy condition and later died of […] 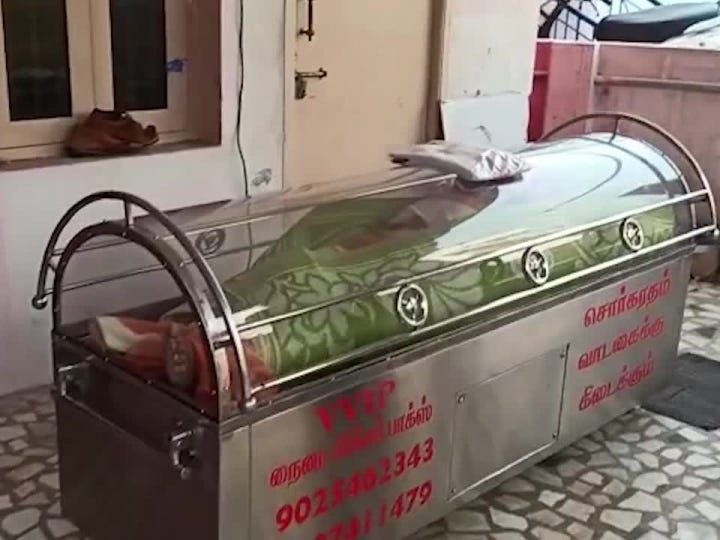 Eight people have died in a dock fire in Scottsboro, Alabama. A dock caught fire just after midnight and at least 35 boats were destroyed. Most boats at the dock along the Tennessee River had people living on them. Rescuers continued to search Jackson County Park for survivors. Visit Insider’s […] Researchers aboard a deep-sea exploration vessel called E/V Nautilus discovered a whale carcass off the coast of California, more than 3,000 meters down. It was covered in all kinds of sea creatures, from octopuses in the genus Muusoctopus to bone-eating worms that dissolve the skeleton with acid. So-called “whale falls” […] Notorious Boston gangster James “Whitey” Bulger was found dead at a West Virginia prison on Tuesday. Bulger was listed as a transfer to the high-security USP Hazelton in West Virginia, earlier in the day. Bulger, 89, was serving a life sentence after being convicted of participating in the killings at […]

After reading Stephen King’s “Pet Sematary,” Redditor and data visualisation expert Joshua Stevens set out to map 144,847 graveyards and cemeteries in the contiguous United States, creating a map he titled “The Geography of the Dead.” It shows some startling results. The map – which is compiled by data from […]

French police officer Arnaud Beltrame who exchanged himself for a hostage in a terror attack at a supermarket in Trèbes, southern France, has died in hospital. Interior Minister Gérard Collomb said he ‘died for his country’ and praised his ‘heroism and bravery.’ Brings the death toll to four. The police […] The attacker who took hostages in Trèbes, southern France, on Friday has been shot dead. France’s interior minister, Gérard Collomb, named the attacker as Redouane Lakdim, who he said killed three people. Local officials said the attacker shouted “Allahu akbar” before opening fire at the Super U branch. The attacker […] Your epitaph -- the text written on a... VIDEO: Infinity mushrooms were trained to eat you when you die. Here’s what actually happens to your body after you die

VIDEO: Your enzymes digest you from the inside out. Harper Lee, author of ‘To Kill A Mockingbird,’ dead at 89 He will be missed.

An activist till the end.

Wins and losses. It's been a rollercoaster ride already.