Michael McDowell wins the Daytona 500 for his first career NASCAR victory. The win came after a huge wreck on the final lap took out many of the other contenders. Despite the fiery wreck, all drivers were able to climb out of their cars. Visit Insider’s homepage for more stories. […] 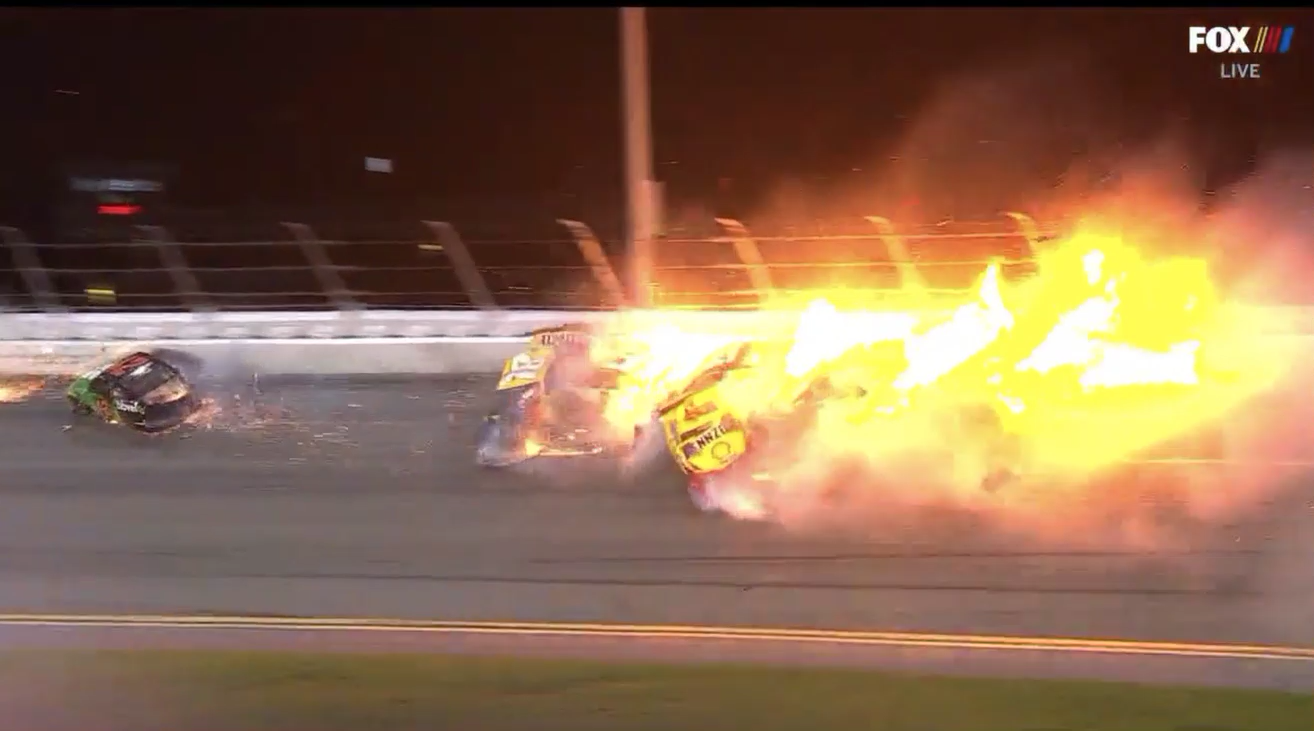 Pitbull was the Grand Marshal for the Daytona 500, and he gave a very Pitbull start to the race

Along with Michael Jordan, Pitbull is one of the newest owners in NASCAR, as the co-owner of the Trackhouse Racing Team. The 99 car with Daniel Suarez behind the wheel is the first car for Pitbull’s team. Pitbull served as Grand Marshal for the Daytona 500 and was tasked with […] 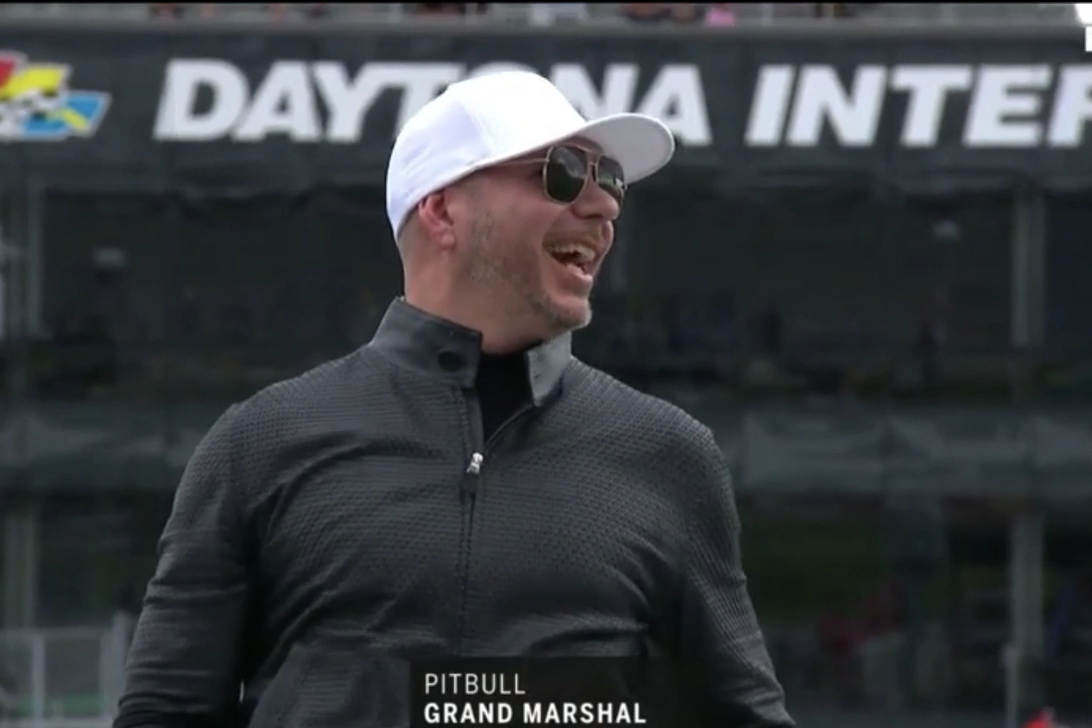 Michael Jordan’s first conversation with Bubba Wallace shows he is just as competitive as ever, even as a rookie NASCAR owner

Michael Jordan is a rookie owner in NASCAR, teaming with Denny Hamlin to form 23XI racing. Bubba Wallace is their first driver and will make his debut with the team at the Daytona 500. Wallace learned early on how much Jordan hates losing. Visit Insider’s homepage for more stories. Michael […] 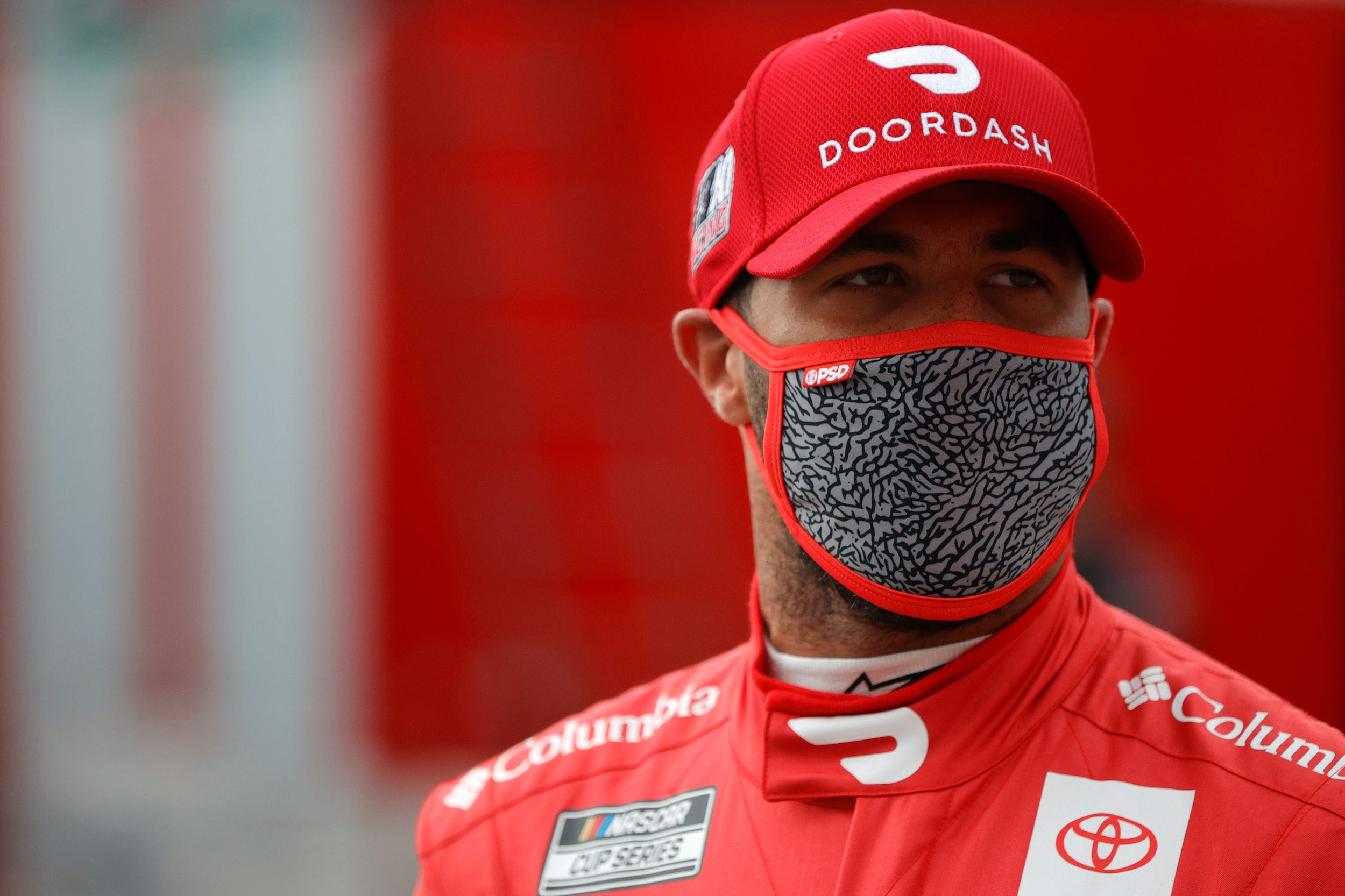 A safety feature nicknamed after the NASCAR driver Ryan Newman may have helped save his life at the Daytona 500 on Monday. Newman collided with Ryan Blaney and Corey LaJoie on the final lap of the race, causing his car to flip in the air, land on its roof, and […] 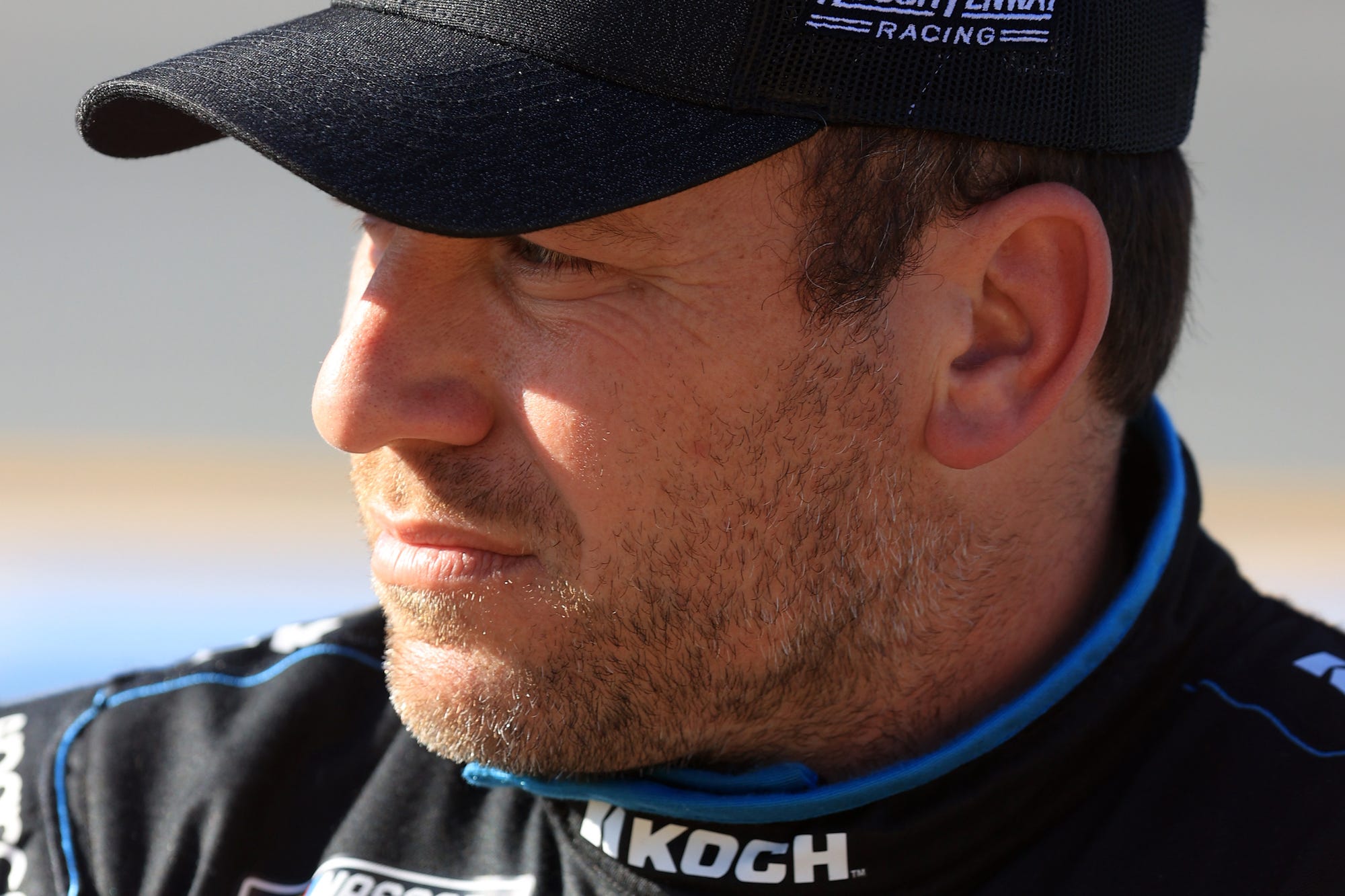 NASCAR driver Ryan Newman was released from Halifax Medical Centre in Daytona Beach, Florida, on Wednesday, two days after he was part of a devastating crash at the Daytona 500. The crash happened on Monday night in the final lap of the Daytona 500, when Newman’s car spun out, flipped, […] 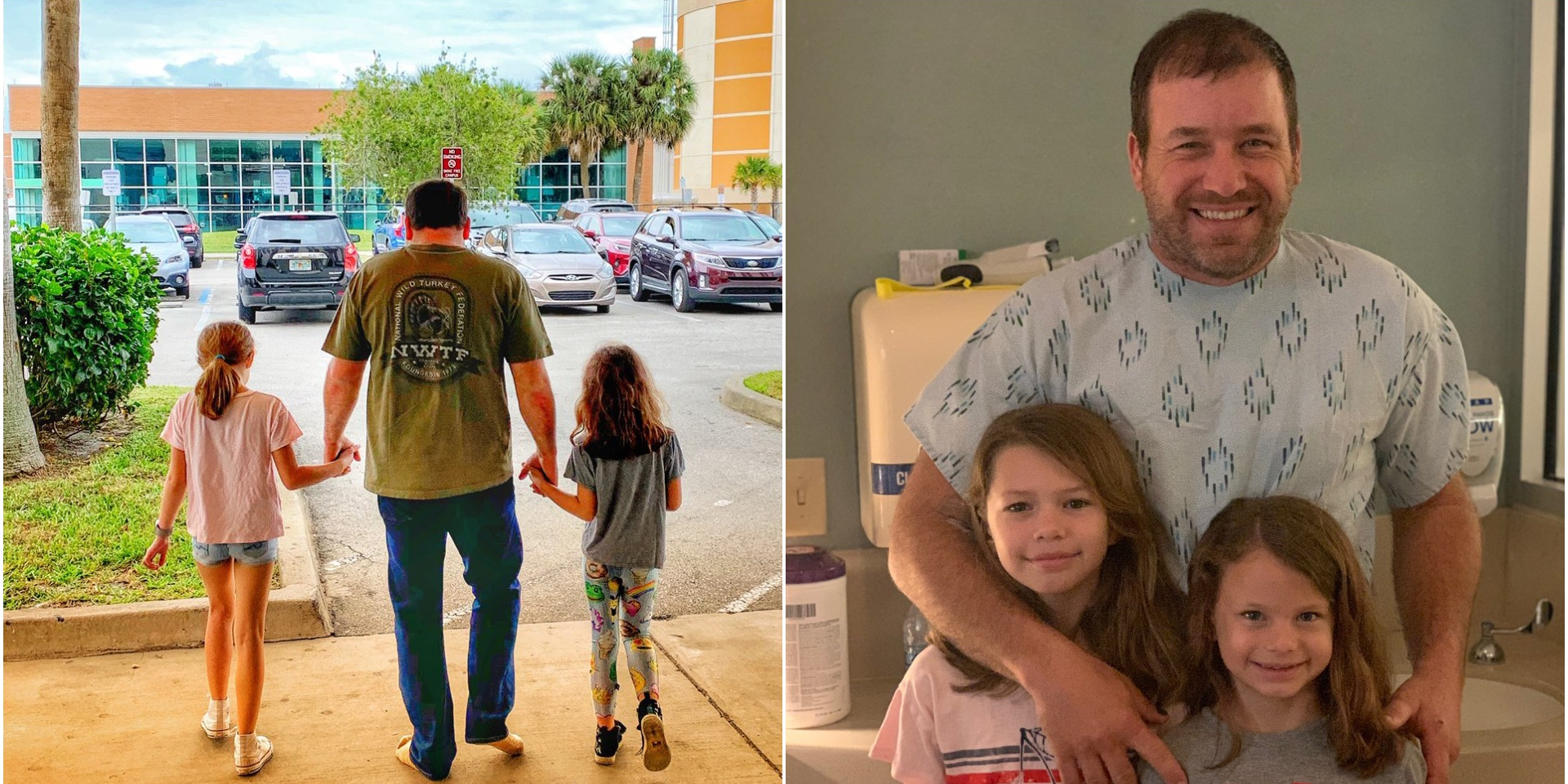 NASCAR driver Ryan Newman is awake and has spoken with members of his family after his horrific crash during Monday night’s Daytona 500. The 42-year-old spun out in the final lap and crashed into the wall before his car flipped into the air, skidded on its roof, and caught fire. […] 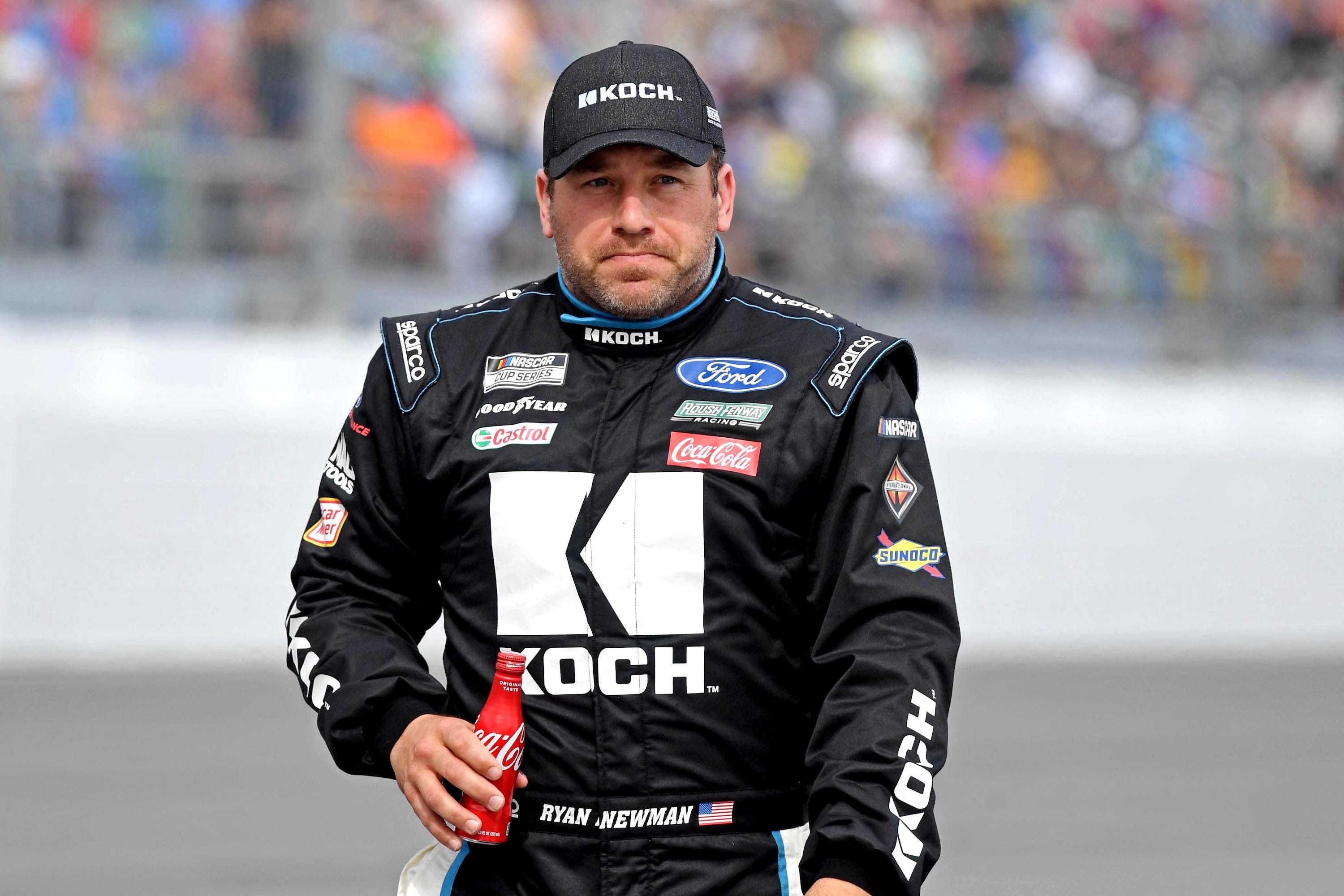 Ryan Newman, who was seriously injured in a Daytona 500 crash, earned the nickname ‘Rocket Man’ when he was just 22

NASCAR driver Ryan Newman was seriously injured in a crash at the Daytona 500 on Monday night. He was leading in the race’s last lap when his car spun out and flew into the air before landing on its roof. Newman, 42, was taken to the hospital with serious but […] Krissie Newman, the recently separated wife of Ryan Newman, tweeted that she was “praying for a safe race” just hours before his chaotic Daytona 500 crash. Ryan Newman crashed on the final lap in Florida on Monday, causing his car to flip and catch fire and leaving him in serious […] 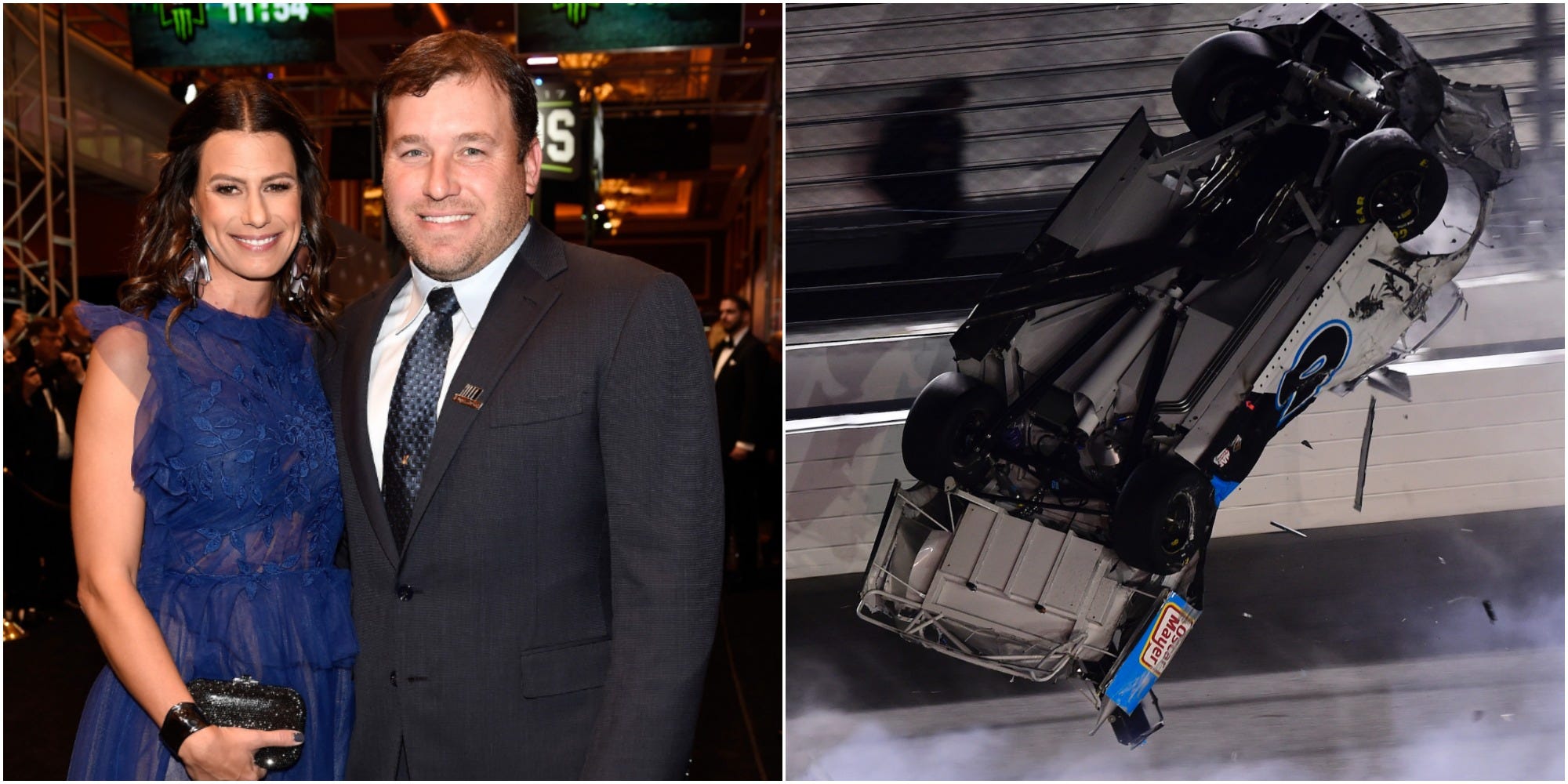 NASCAR driver Ryan Newman was left in a “serious condition” in hospital on Monday night following a devastating crash during the final lap of the Daytona 500. The 42-year-old driver crashed with both Ryan Blaney and Corey LaJoie at 190 miles-per-hour, according to Sky, causing his car to flip into […] 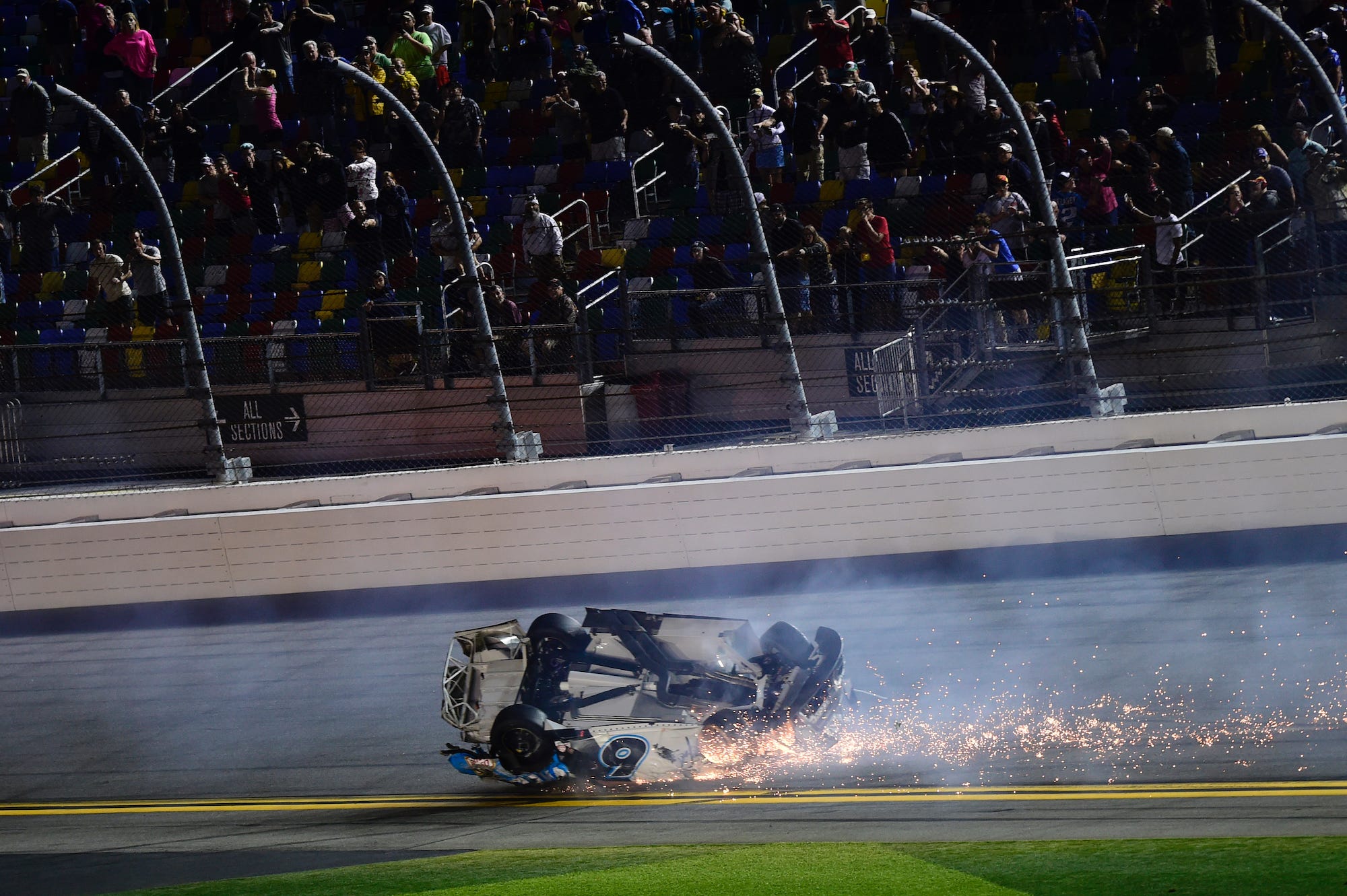 Trump shared a video of Ryan Newman’s horrific Daytona 500 crash, which saw his car flip over and burst into flames

US President Donald Trump on Monday night tweeted a video showing the horrific crash that injured NASCAR driver Ryan Newman during the Daytona 500. Newman was seriously injured when he crashed after being spun out on the final lap of the race. Soon after the crash, Trump tweeted that he […] 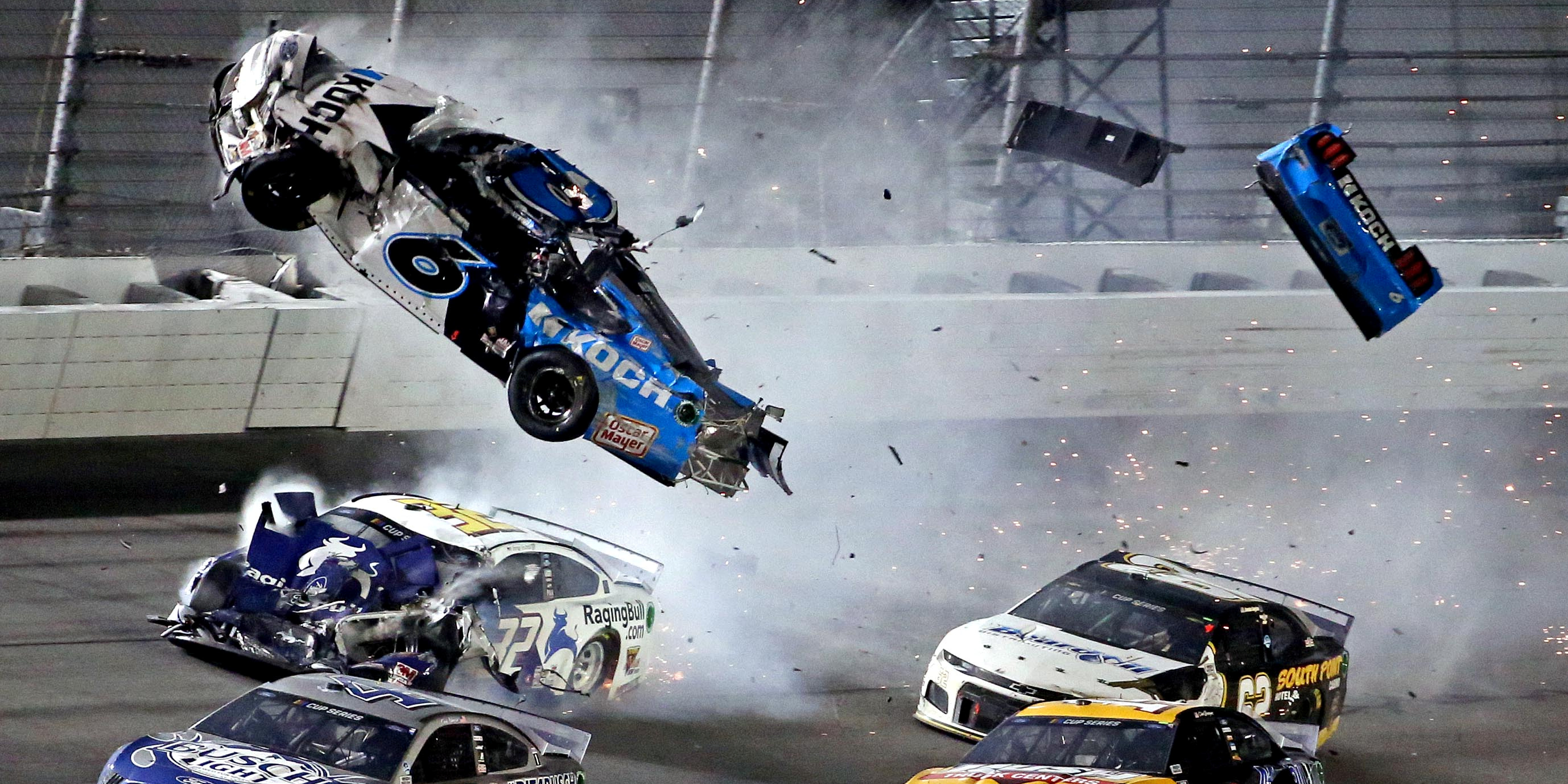 NASCAR driver Ryan Newman is in serious condition after his car spun out, hit a wall, and flipped into the air at the Daytona 500

NASCAR driver Ryan Newman is in serious condition at a hospital after crashing at Monday night’s Daytona 500. NASCAR said in a statement that Newman was at Halifax Health Medical Centre in Florida with injuries that were “not life threatening.” Newman was winning the race until the final lap, whereupon […] 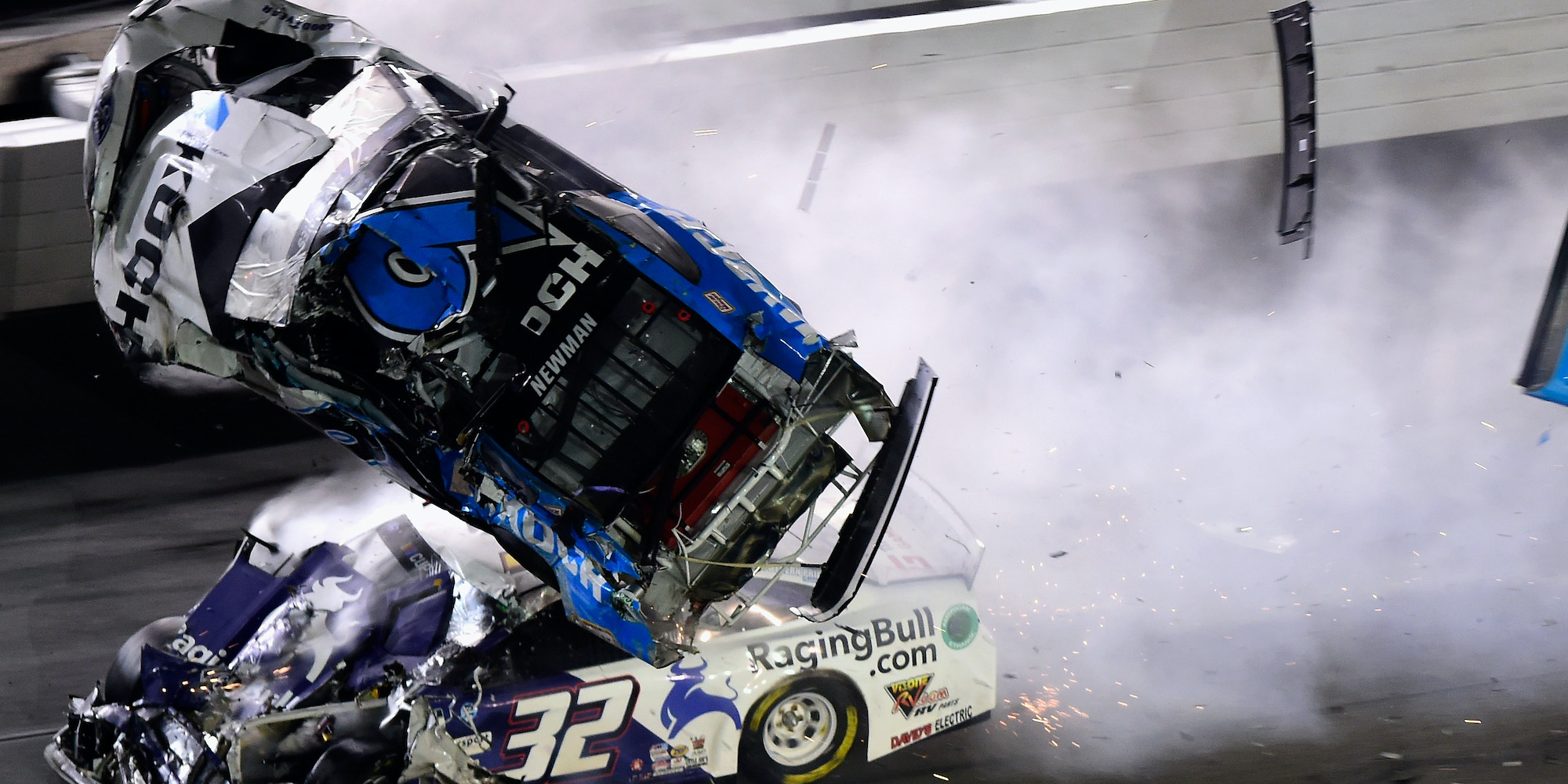 Denny Hamlin won the Daytona 500 on Monday night for the second straight year and the third time overall with the second-closest finish at the Great American Race. The finish of the race, however, was marred by an ugly wreck in which the leader, Ryan Newman, was spun out, hitting […] 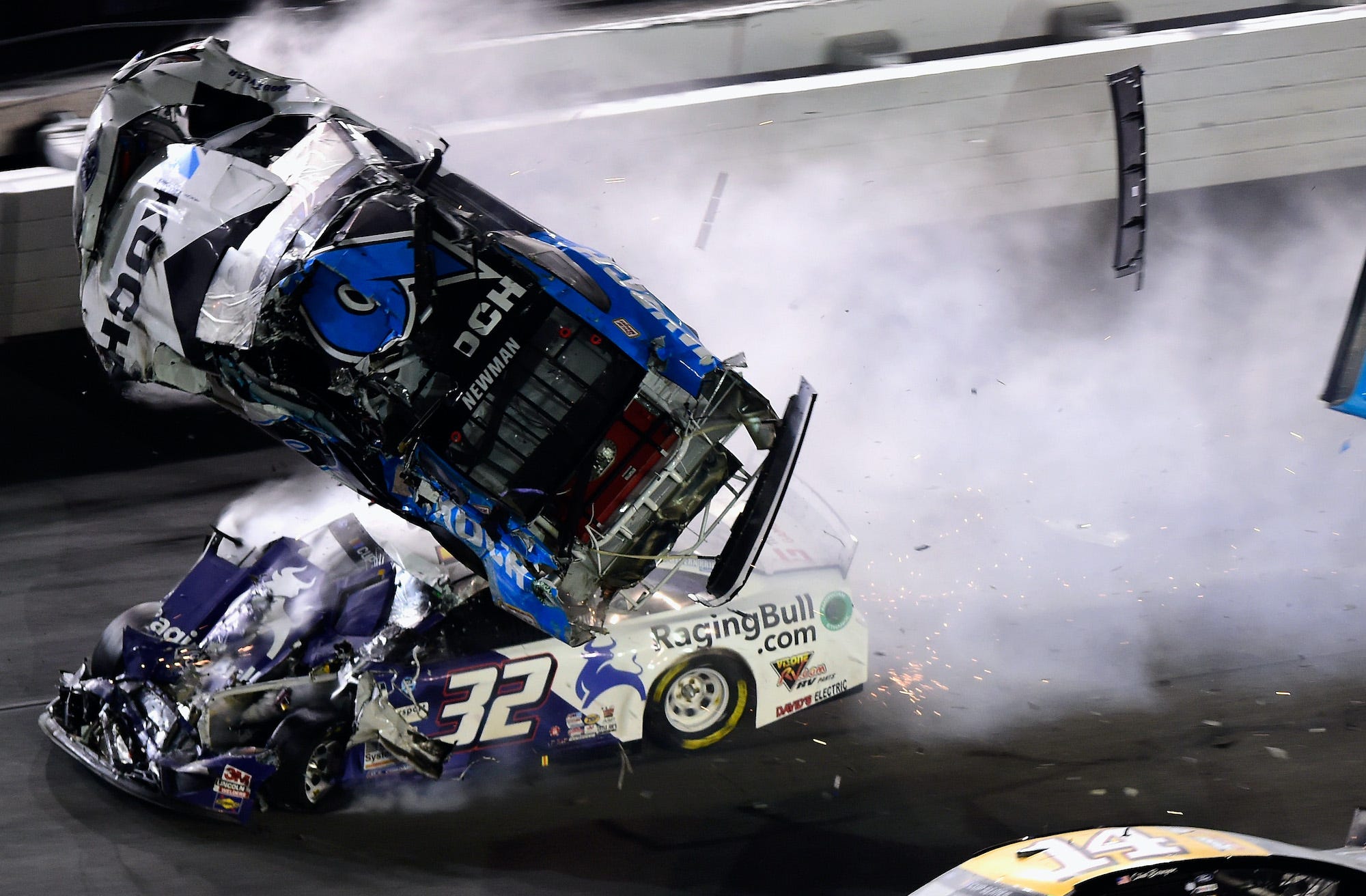 Trump’s campaign chief posted a stirring photo of Air Force One at the Daytona 500 — but deleted it after realising it was from George W. Bush’s trip in 2004

President Donald Trump’s 2020 campaign manager, Brad Parscale, used a photo of Air Force One soaring over crowds at the Daytona 500 to mark Trump’s visit on Sunday. The image, however, was actually from when President George W Bush was there in 2004. It stayed up for three hours, accruing […] 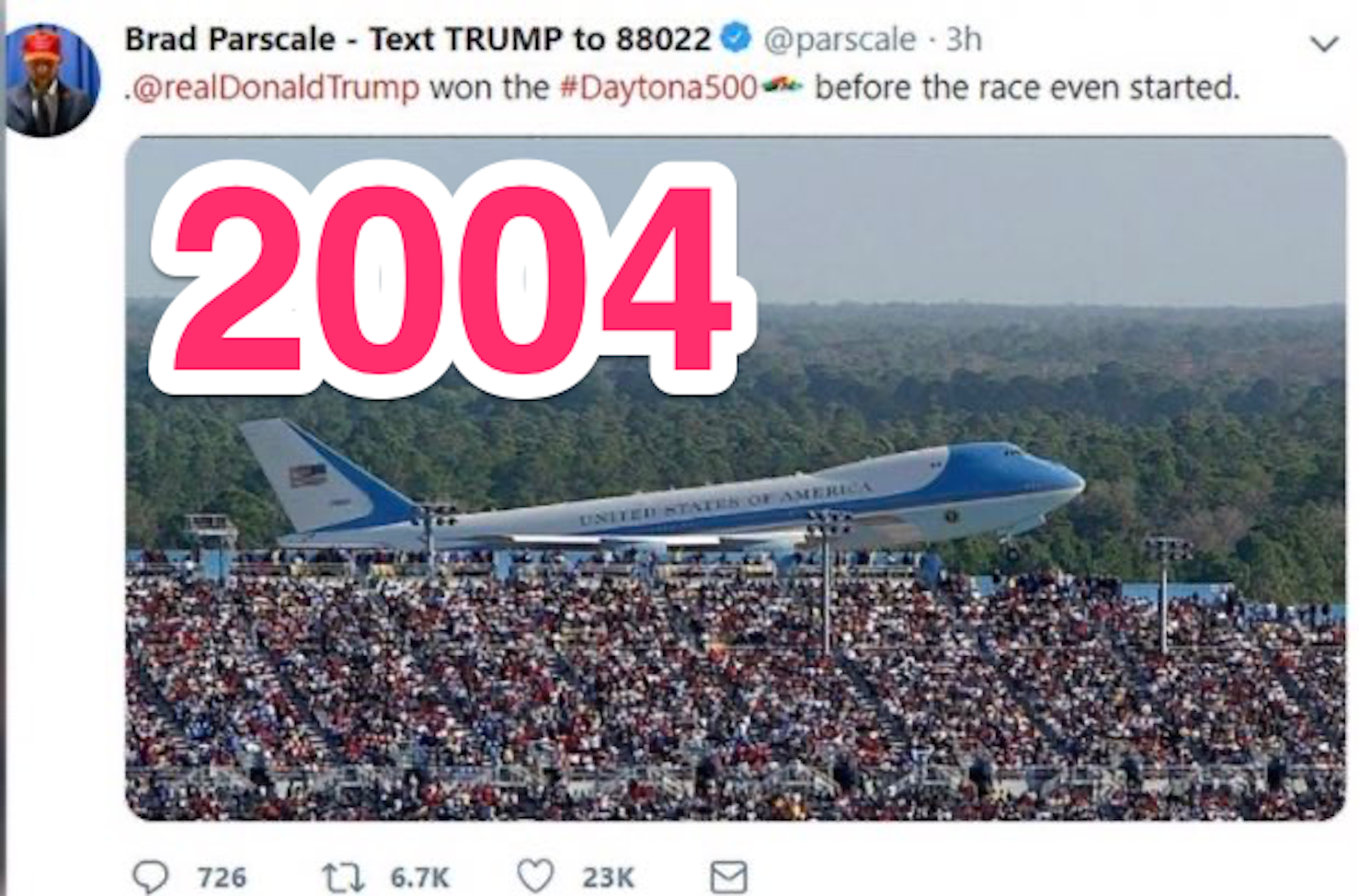 Taking a page from George W. Bush, Trump attends the Daytona 500 amid his bid for re-election

President Donald Trump on Sunday served as the grand marshall of the Daytona 500 in Daytona, Florida. The president accompanied by first lady Melania Trump drove around the racetrack in a limousine before the event began. Former President George W. Bush also attended the race during his 2004 campaign for […] 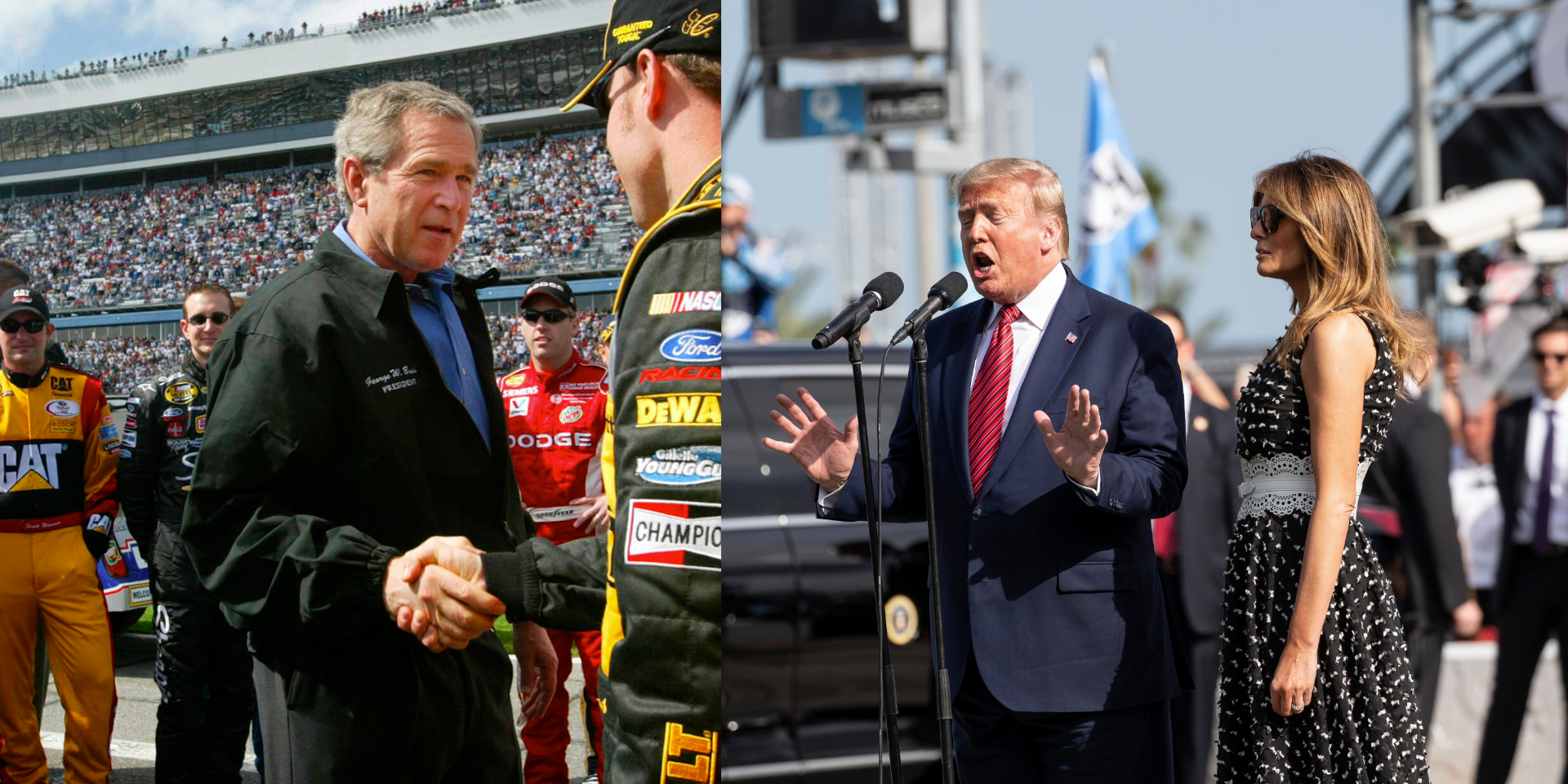 What it takes to fly the $21 million Goodyear Blimp

We took a ride on the world-famous Goodyear Blimp as it flew above the Daytona International Speedway where it provided aerial coverage for NASCAR in February. Our journey began at the Blimp Base in Pompano Beach, Florida – from there, the Blimp flew 200 miles north to a small airport […] 21-year-old William Byron will start in pole position at the Daytona 500 this Sunday after posting the fastest trial ahead of the race. Byron’s rise through the racing world has been swift, as he did not race competitively until he was 15. Before then, Byron honed his skills with iRacing, […] The Daytona 500 was marred by another big crash that took out several race favourites. The crash also took out Danica Patrick, ending her NASCAR career as she will retire from the circuit after the race. Patrick now has one race left in her career, back where it started, the […] An aggressive move by Ryan Blaney led to a crash at the end of Stage 1 of the Daytona 500. The crash involved seven cars and knocked Jimmie Johnson and Daniel Suarez from the race. The stage racing was meant to make drivers more aggressive and that’s what NASCAR got. […]