Daredevil Alex Harvill, 28, crashed his motorcycle while practicing to perform a 351-foot jump at an airshow in Washington state on June 17. 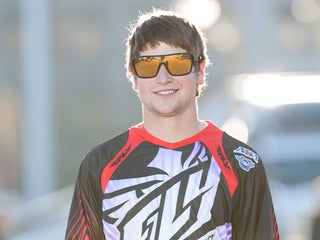 “Daredevil” actor Peter Shinkoda, who played Nobu in the series, said that former head of Marvel television, Jeph Loeb, once said that “nobody cares about Chinese people and Asian people.” Shinkoda was speaking on a virtual panel as part of the #SaveDardevilCon on July 25, and told fellow actors Geoffrey […] 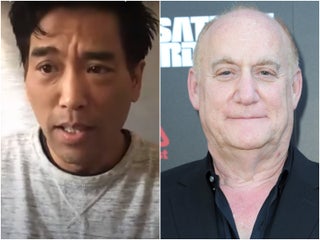 Canceled Netflix shows with the most vocal online fan campaigns to save them include “Daredevil” and “The OA,” according to a social-media analysis by data firm Talkwalker. Netflix reportedly sees little value in long-running shows, which means many get the ax after two or three seasons. Despite fans’ best efforts, […] The third and final season of “Jessica Jones” debuted on Netflix on Friday, and it marks the official end of Netflix’s Marvel TV shows. Speculation has pointed to Disney’s coming streaming service, Disney Plus, as being the major factor in the shows’ cancellations. But the reason may actually be that […] Netflix’s Marvel TV universe is dead, and it’s unlikely the shows will be saved by Disney

Netflix canceled its remaining Marvel shows, “The Punisher” and “Jessica Jones,” on Monday. Despite a loyal fanbase, it’s unlikely for the shows, as we know them, to be revived elsewhere. Both Disney+ and Hulu are developing Marvel series that are heading in a different direction. Data provided to Business Insider […] Netflix’s ‘The Punisher’ viewership is down 40%, but there’s a sliver of hope for fans of the Marvel show

Data from analytics firm Jumpshot, provided to Business Insider, shows that viewership for Netflix’s “The Punisher” dropped by 40% from its first to second season weekend premieres. That’s still not as severe as the drop for Netflix’s canceled Marvel shows, “Luke Cage,” “Iron Fist,” and “Daredevil.” Each of those shows […] Data predicted Netflix would cancel ‘Daredevil,’ and its remaining Marvel shows are probably next

Netflix canceled “Daredevil” after three seasons on Thursday. Social-media data suggested that this could happen, and the streaming company’s other Marvel shows are likely next. Data showed that interest in “Daredevil” had fallen dramatically over time, following a trend similar to the paths of the other canceled shows “Luke Cage” […] Fans are calling for Netflix to renew ‘Daredevil,’ but data shows interest in the show has fallen off

Fans are calling for Netflix’s “Daredevil” to be renewed for a fourth season, with the Twitter hashtag #RenewDaredevil. But social-media data suggests those efforts could be in vain. An analysis done by Crimson Hexagon for Business Insider shows that online conversation for “Daredevil” has been lacklustre since the third season […] Spooky titles are still ruling Netflix, with “Stranger Things” in high demand and its “Sabrina” reboot gaining steam. Every week, Parrot Analytics provides Business Insider with a list of the five most “in-demand” TV shows on streaming services. (The data is based on “demand expressions,” the globally standardised TV demand […] Inside the abandoned Staten Island prison that has emerged as a prime location for movies and TV shows, including Netflix’s ‘Daredevil’ and ‘Orange Is the New Black’

The former Arthur Kill Correctional Facility on Staten Island hasn’t held prisoners in seven years, but on Wednesday morning, there was plenty of law enforcement there. During my tour of the campus, a group of men dressed in SWAT gear barreled into what used to be a waiting room for […] Interest in Netflix’s ‘Luke Cage’ and ‘Iron Fist’ dropped dramatically over time, and its other Marvel shows could also be in trouble

Data from Crimson Hexagon provided to Business Insider shows that social-media buzz for Netflix’s Marvel shows has dropped dramatically over time. Netflix abruptly canceled “Luke Cage” and “Iron Fist” this month, and the data suggests that “Daredevil” and “Jessica Jones” could also be in trouble. Posts on Twitter and Instagram […]

“Marvel’s Daredevil” makes its long-awaited return to Netflix for season three Friday. We last saw Matt Murdoch/Daredevil on “The Defenders” in 2017, but this is the newest season of “Daredevil” since season two dropped in March 2016. The show has learned quite a lot from its messy, quite boring second […]

New titles come and go on Netflix every week, but choosing what to stream can be a daunting task. That’s why, every week, Business Insider rounds up which of the newly arrived or leaving movies and TV shows on Netflix are actually worth watching. This week, October 14 to October […] It’s Daredevil vs. Daredevil in the first season 3 trailer of the Netflix series — watch

Netflix’s “Daredevil” is back for season three. The first trailer for the Marvel series shows Wilson Fisk (Vincent D’Onofrio) out of prison and threatening Matt (Charlie Cox). It also pits Matt against a Daredevil impostor. Season three premieres on Netflix Friday, October 19. Watch the trailer below. Visit INSIDER’s homepage […]

The 5 most anticipated TV shows returning in October

As the fall TV season gets underway, a few fan-favourite shows are returning with new seasons next month. To find out which returning series audiences are anticipating the most for October, the TV tracking app TV Time analysed data from its 13 million global users to see which upcoming TV […] I’ve seen every episode of every Marvel show on Netflix: “Daredevil,” “Jessica Jones,” “Luke Cage,” “Iron Fist,” “The Defenders,” and “The Punisher.” But I honestly couldn’t tell you exactly what’s happened on any of them, because while they’re all good (with the exception of “Iron Fist”), they’re not memorable. Netflix’s […] It turns out we almost saw Daredevil in "Star... Netflix is creating a new ‘Marvel’s The Punisher’ series

Netflix has ordered a first full season of...