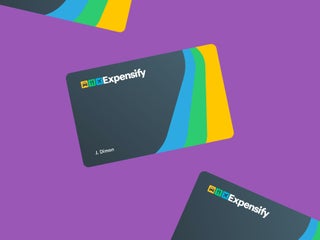 CSR shares are being hammered after a steep fall in profits

The classic Heinz ketchup packet could disappear as we know it Modern consumers care about social responsibility to the point where they’re willing to swap brands if it means the company they buy from is helping others. Dora Nikols, director of Social Mission, a social purpose agency that specialises in corporate responsibility, says this societal change is forcing businesses to reevaluate […]

Obamacare premiums increased between 2017 and 2018, according to a new study. The average cost of the cheapest silver-tier plan increased 32% across the US. Gold-tier plans saw a 19.1% increase. There were a variety of reasons for the increases, from Trump administration changes to marketplace fundamentals. Check out the […] CSR shares are being crushed

Shares in CSR fell hard after the building products group released its half year results. A short time ago, they were down 6.1% to $4.45. Net profit for the half year to September was up 4% to $118.7 million. “The detached housing market in Australia, which accounts for almost 50% […]

The Trump administration is taking unilateral... Shares in CSR fell hard after the building products group posted its annual results, saying the residential building market may have peaked. A short time ago, the shares were down 11% to $4.58. Net profit for the 12 months to March was up 11% to $183.8 million. Revenue was up […]

Demand for bricks and plasterboard to feed the housing boom helped building products group CSR Limited to an underlying net profit of $103.1 million, a 12% increase, for the half year to September. After significant items, net profit after tax was up 48% to $114.5 million. The company declared an […]

CSR posted a 13% rise in full year net profit to $142.3 million, its best result since 2010 as the housing boom keeps delivering for the building products group. Underlying earnings, before significant items, were $166 million. Revenue was up 14% to $2.298 billion, with record building products earnings of […]

CSR is sharing its housing boom riches in a buyback

Building products group CSR Limited, its balance sheet swollen by the housing boom, announced a return of surplus cash to shareholders in an on-market share buy-back of up to $150 million. “The hard work over the past few years to improve our operations and invest in new product development has […]

CSR shares are soaring after its profit guidance jumped