You can book a 4-month cruise trip for 2022 to visit 16 countries, from Spain and Greece to Australia

British cruise line Cunard has opened bookings for a 118-night cruise that will travel to 16 countries starting in 2022. Cunard’s Queen Mary 2 ship will depart from New York City on January 3, 2022, and will travel to Europe, the Middle East, Asia, and Australia before returning to New […] 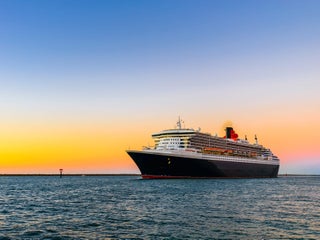 More than 12,000 cruise crew members are still aboard ships since the coronavirus halted the industry in March, according to USA TODAY. Many cruise workers are uncertain when they will return home. A Celebrity Cruise stateroom attendant told USA TODAY that he has been on ships for months. The Centres […] 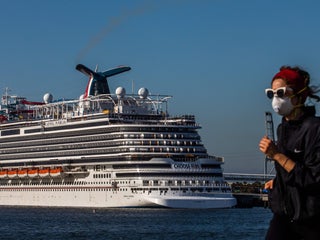 More than 6,000 people are trapped on a cruise ship in Italy after a woman was suspected of having the coronavirus

More than 6,000 people are thought to be trapped on a cruise ship at a port in Italy after a 54-year-old Chinese woman was suspected of having the highly contagious coronavirus. The woman, from Macau, and her travelling companion were placed in isolation in the Costa Smeralda’s shipboard hospital. The […] CarnivalCruise Line has banned “offensive” clothing on board its ships. This means passengers can no longer wear clothes with messages “that may be considered offensive or contain nudity, profanity, sexual innuendo/suggestions” or that “promote negative ethnic or racial, commentary, or hatred or violence,” according to an updated post on its […] Anywhere from 10 to 19 people disembarked from the cruise ship Norwegian Joy on Sunday morning, complaining of “flu-like symptoms,” though none wanted to be taken to the hospital, ABC7 reported. Last week, six other passengers were diagnosed with “possible norovirus” on the same ship. The Norwegian Joy is operated […] Italian cruise line Costa Cruises has teamed up with Eurochocolate to create a cruise package that’s entirely dedicated to chocolate. The package features chocolate-tasting opportunities, pastry-making classes, and trips to chocolate-themed excursions, like the Museu de la Xocolata,a chocolate museum in Barcelona, Spain. The cruise departs from Italy in April […] On Sunday, a massive cruise ship, the MSC Opera, went rogue in Venice, Italy, crashing into a dock in the Giudecca canal. As it made its way, the ship also collided with another tourist vessel – the River Countess, which looks tiny in comparison. Terrifying footage of the incident shows […]