"Assume you are going to lose your money and be pleasantly surprised if you get back more than you put in," the Lowercase Capital founder said. 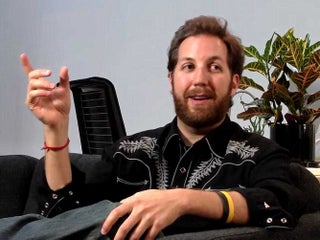 Equity crowdfunding is a way individuals can invest in private, promising young companies

Equity crowdfunding is a financing method that allows investors to buy stock in young, private businesses, via online platforms. Equity crowdfunding gives business owners a method of raising money, an alternative to costly bank loans or venture capitalists’ funding. While equity crowdfunding offerings are open to any investor, how much […] 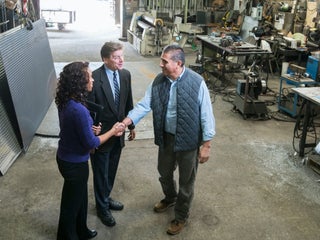 Inside Montu, the Aussie medicinal cannabis company that broke a crowdfunding record by raising $1 million in 36 hours

A Christian crowdfunding website features a fundraiser that pulled in more than $313,000 for Kenosha shooting suspect Kyle Rittenhouse’s legal fund

A fundraiser on the Christian fundraising platform GiveSendGo has raised more than $US313,000 to help pay legal costs for Kyle Rittenhouse, the suspect in the Kenosha shooting. Rittenhouse, who is accused of killing two people and injuring a third during a protest last week following the police shooting of Jacob […] 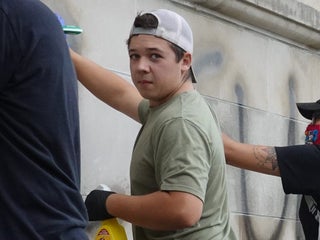 A cult hit Aussie hot sauce brand has raised over $300,000 from fans in an equity crowdfunding round

Aussie hot sauce brand Bunsters has raised over $300,000 in a crowdfunded equity round in one week. The Perth-based brand, famous for producing the cult hit ‘Shit the Bed’ hot sauce since 2015, wants to expand production and move into producing more condiments. Founder Renae Bunster says equity crowdfunding is […]

Change.org doesn’t donate the money raised through its record-breaking George Floyd petition — and some donors say they feel misled

A Change.org petition that calls for “Justice for George Floyd” became the most-signed US petition in the site’s history, racking up over 11 million signatures. After people sign the petition, Change.org urges them to “become a hero” by donating money to “get the petition on the agenda.” But some donors […] 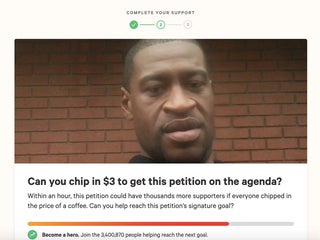 Crowdfunding sites like Kickstarter allow anyone to pursue funding for their pipe dreams. With zero barrier to entry, the site has its fair share of weak ideas. The podcast “Your Kickstarter Sucks” documents the worst projects that crowdfunding sites have to offer from week to week. Podcast hosts Mike Hale […] A tiny Mexican art store in NYC survived 20 years of skyrocketing rents and the nation’s move to online shopping. Now its owner is asking loyal customers for $14,000 to prevent closing for good. 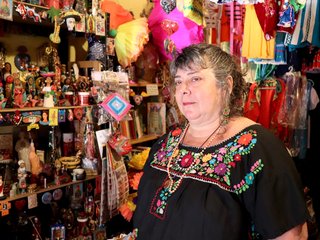 A startup with the lofty goal of ‘eliminating single-use plastics in every Aussie kitchen, bathroom and laundry’ has raised $60,000 in crowdfunding on day one

Aussie startup Zero Co wants to elimate single-use plastics in the packaging of household items. Founder Mike Smith wants to raise $250,000 through Kickstarter to fund the first production run of a series of recycled plastic dispensers and a “closed loop” system of refills. In the first day of the […]

BBOXX, a British solar utility, provides electricity on a pay-as-you-go basis across 12 African countries. The company has just raised the largest single crowdfunding, €6 million ($US6.8 million), for an African solar project through solar crowdfunding platform Trine. BBOXX says crowdfunding has driven down the cost of capital. A London […] Coffee startup Rite Development Lab raised more than $US1 million in crowdfunding over the last year with the promise of the perfect “no mess” French press, which it calls Rite Press. However, hundreds of Kickstarter and Indiegogo backers now say that after months of delays, they still have not received […] At least 13,000 people have donated money on GoFundMe for unproven cancer treatments, and it could be dangerous

About one-third of GoFundMe campaigns are medical fundraisers. A new study in The Lancet, a prestigious medical journal, found that at least 13,600 people have donated to GoFundMe campaigns raising money for unproven cancer treatments. Jeremy Snyder, one of the study’s authors, told Business Insider that crowdfunding campaigns are being […] 5 GoFundMe campaigns that weren’t what they claimed to be

Not all GoFundMe campaigns are necessarily trustworthy. Some people have reportedly faked illnesses or staged acts of kindness to get rich quick. A campaign that calls itself “official” isn’t necessarily affiliated with the person it’s raising money for. You can’t trust everything you read on the internet. While most GoFundMe […]

SendGold, an asset-based peer-to-peer digital money platform, has launched an equity crowdfunding campaign to raise $2 million. The fintech is an alternative to bank money, allowing customers to save, invest, gift and pay using gold. The equity crowdfunding offer is live via the OnMarket platform until September 14. Australian fintech […]

Kylie Jenner, 20, has an estimated net worth of $US900 million, according to Forbes. A GoFundMe campaign is raising money to help Jenner become the world’s youngest billionaire. When Forbes reported this week that Kylie Jenner, the 20-year-old cosmetic mogul from the Kardashian/Jenner family, was just $US100 million shy of […] Choovie, a demand-based movie ticket platform, launches equity crowdsourcing campaign via Equitise. The $700,000 raise will help increase the number of cinema partnerships and fund expansion into international markets. The startup aims to help people can get their hands on cheaper tickets and help fill empty seats in cinemas. Independent […]