The new 2021 Toyota Venza is an imported version of the Toyota Harrier, a Japanese-market crossover. The original Venza was discontinued at the end of its 2015 model year. The new model will get a claimed 40 mpg combined fuel economy. Visit Business Insider’s homepage for more stories. The Toyota […] 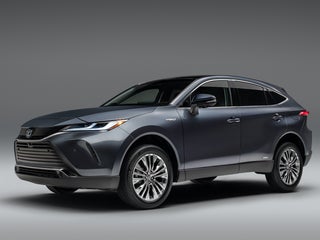 Ford recently revealed its first-ever all-electric vehicle, the Mustang Mach-E. Despite having the iconic Mustang badge on its front and rear bumpers, the Mach-E is far from a pony car, similar in size to Tesla’s upcoming Model Y crossover. So just how does the Mach-E stack up against the next […] We drove a $38,000 Subaru Crosstrek Hybrid for a week and discovered its best features

Subaru’s much loved Crosstrek crossover is now available as a plug-in hybrid. The Crosstrek is an entry-point into Subaru’s formidable lineup of crossovers and SUV that now includes the Forester, the Outback wagon, and seven-passenger Ascent. The base 2019 Subaru Crosstrek 2.0i starts at $US22,895 while the 2.0i Premium trim […] The Nissan Qashqai is one of the most popular subcompact crossover SUVs in the world. In Europe, it’s Nissan’s most popular model by a wide margin. The Qashqai is sold in the US as the Rogue Sport. Its rivals in the market include the Honda HR-V, Toyota CH-R, Mazda CX-3, […] Trucks and SUVs remain the hottest sellers in the US auto market As a result, these vehicles also dominate the lineups at auto shows. The big story at the 2018 New York Auto Show centres around the new crossover SUVs that are headed to dealerships in the near future. Trucks […] James Harden hit Wesley Johnson with a crossover so nasty it sent the Los Angeles Clippers defender to the floor. Twitter responded as you might expect – roasting Johnson into oblivion and reworking the viral moment as only Twitter can. After the game, Harden couldn’t help but laugh when asked […]

James Harden breaks defender’s ankles, stares him down on the ground before drilling 3-pointer in most disrespectful move of the NBA season

James Harden pulled off one of the most disrespectful moves you’ll see on an NBA court on Wednesday night, crossing over Wesley Johnson and breaking his ankles. Before Harden pulled up for a wide open three, he stared down Johnson as he lay on the ground, seeming to enjoy the […] We drove the $29,000 Mitsubishi Outlander SUV and it may be the best deal out there

The Mitsubishi Outlander helped keep the brand alive during its darkest days. It’s also Mitsubishi’s flagship SUV. The current Outlander has been around since 2013 but was refreshed in 2016. The Outlander compact crossover starts at $US23,945 while our test car costs $US29,260. Throughout the 80s and 90s, Mitsubishi churned […] Volkswagen's struggle to sell cars in the US... Electric power is the future for Audi. The...