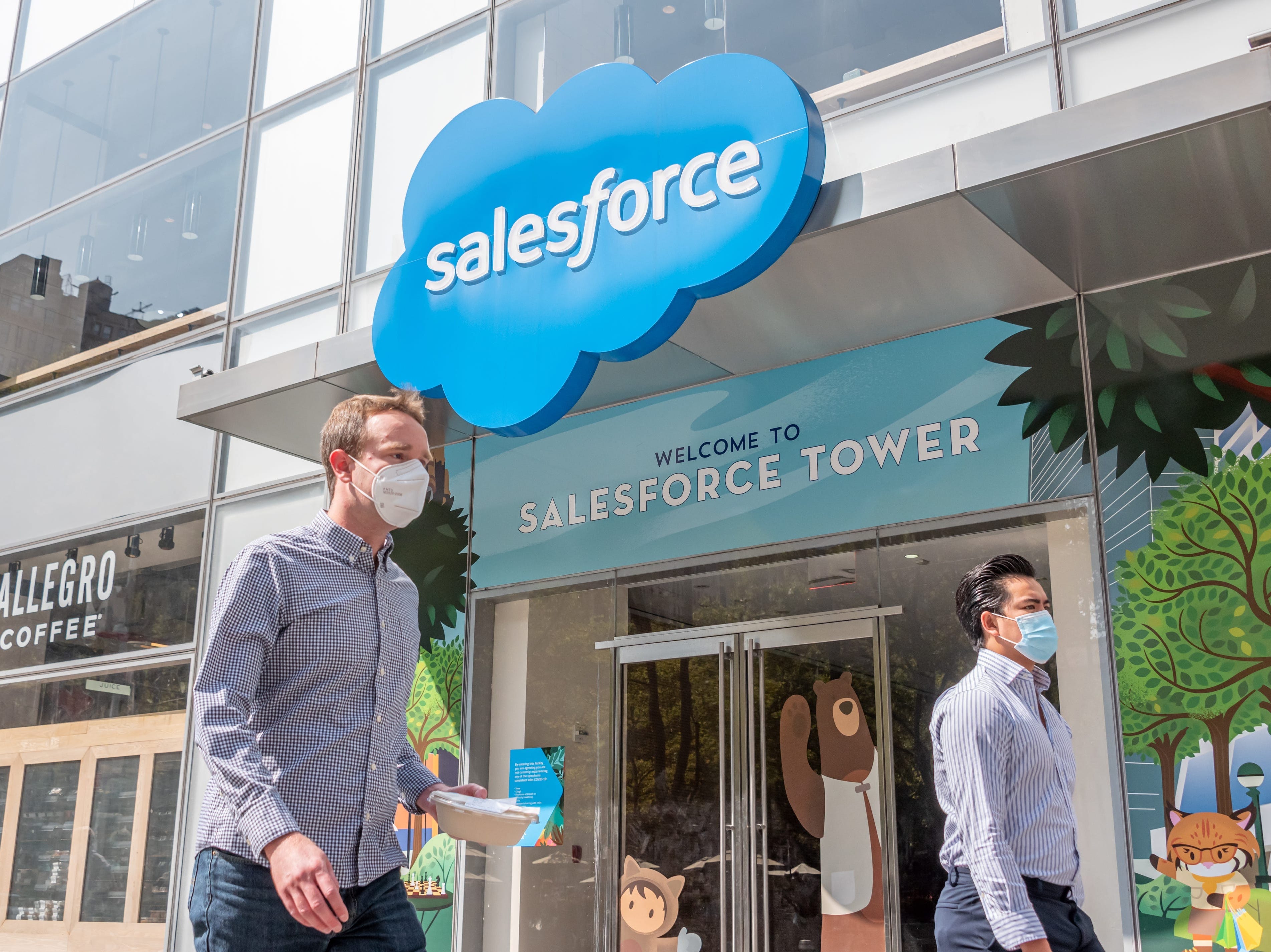 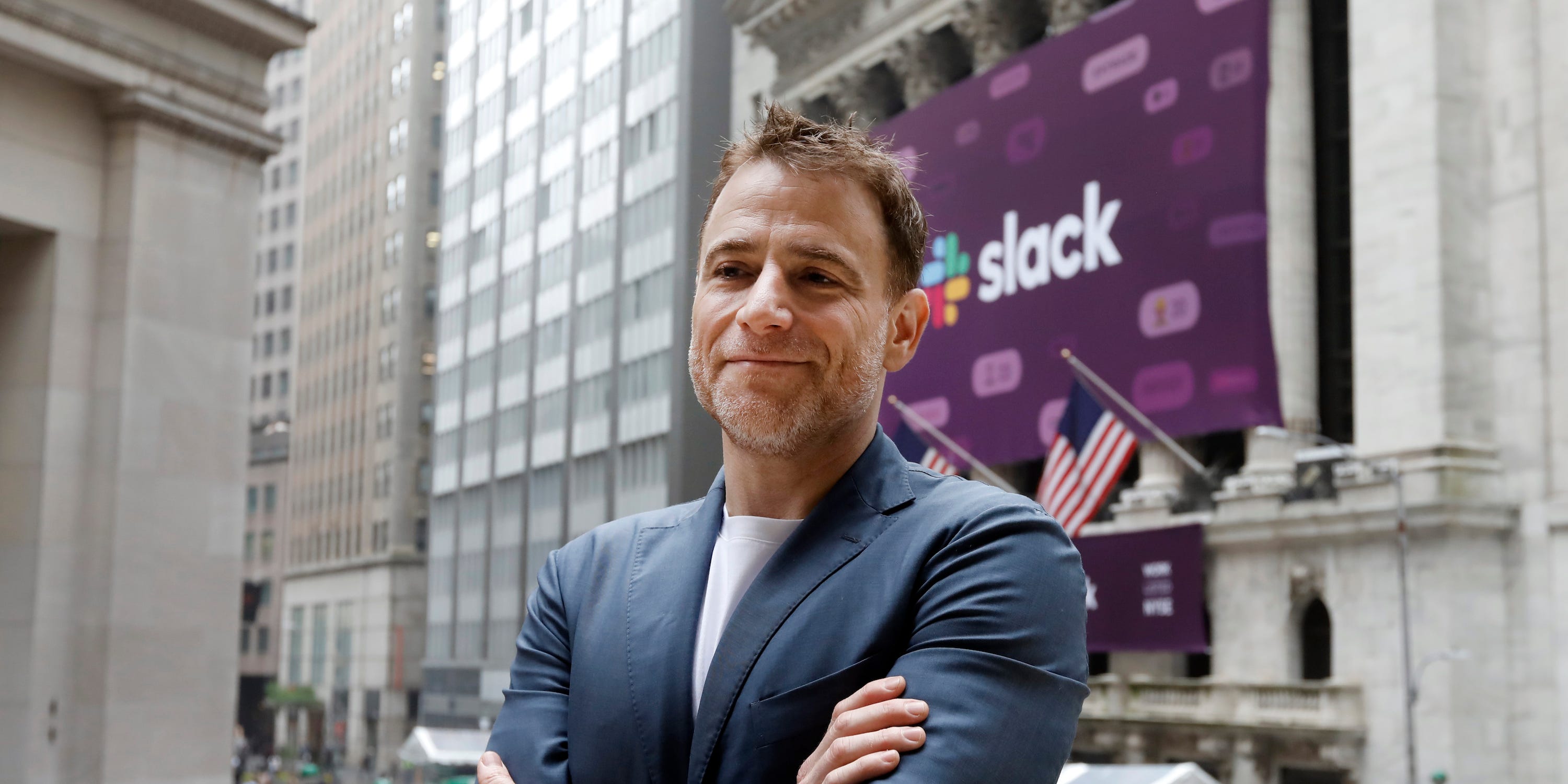 Salesforce.com blew earnings expectations out of the water after markets closed on Tuesday, trouncing expectations for second-quarter profits and revenue. The company also raised its full-year guidance above expectations, a stark pivot from its guidance cut in May. Salesforce shares rallied as much as 29% on the earnings beat. Bank […]

Salesforce stock seesawed in after hours trading after reporting adjusted earnings that beat Wall Street estimates but revenue that was only slightly above estimates. The San Francisco cloud giant grew its revenue 33% to $US4.5 billion in the three months ending October 31, slightly above the $US4.45 billion expected by […] Slack and Salesforce are expanding their partnership, so their joint customers can collaborate more easily using both tools. Brad Armstrong, Slack VP of business and corporate development told Business Insider that these new integrations came about after hearing what customers wanted. “We’re working a lot more closely now to present […] On Tuesday, Gem announced it raised $US9 million in series A funding led by Accel, launched a new product and rebranded its company — previously known as ZenSourcer. Cofounders Steve Bartel, CEO, and Nick Bushak, CTO, started Gem after realising they faced similar problems in recruiting and building relationships with […] Salesforce delivered a ‘beat and raise’ Q3 2019, sending the stock price up more than 3% in after-hours trading. The only miss was on Q4 2019 earnings guidance. Salesforce also gave its first guidance for revenue in fiscal 2020, when it expects to bring in $US15.9 billion to $US16.0 billion. […] Taking its lead from Siri and Alexa, Salesforce announced Wednesday new voice tools for its artificial intelligence system Einstein. Einstein Voice includes an assistant tool, which can interpret voice memos and enter data from what it hears, as well as surface critical data from Salesforce using only voice commands. Salesforce […] CEOs around the world are spending more “aggressively” than ever, said Salesforce co-CEO Marc Benioff on an earnings call Wednesday. Benioff attributed the flow of cash to tax cuts and deregulation happening around the world. Salesforce, which grew its revenue by 27% in the quarter, is benefiting since many of […] Salesforce beat Wall Street’s expectations in is Q2 2019 earnings on Wednesday. The company reported $US3.28 billion in GAAP revenue, up 27% from the year before. It reported adjusted earnings per share of $US0.71 – $US0.24 more than Wall Street expected. However, the stock was down around 1.5% after hours, […] A German data mining startup is the newest unicorn, raising $US50 million from Accel Partners and 83North at a $US1 billion valuation. The technology uses a combination of a data technique called “process mining” to gather information about a company’s operations, and it uses artificial intelligence to suggest ways to […] Salesforce employees are upset over the company’s work with U.S. Customs and Border Protection as Silicon Valley grapples with the government’s use of tech

More than 650 Salesforce employees reportedly sent a letter to CEO Marc Benioff criticising the company’s work with the U.S. Customers and Border Protection agency. The letter said the company’s values were imperiled by working with the border agency, at a time when parents and children of migrants illegally crossing […] Salesforce continued its upward climb in first-quarter earnings on Tuesday with a major beat across the board that sent its stock up in after-hours trading, despite downward trends across Wall Street. Here’s what the company reported: Revenue for the first quarter of fiscal 2019 (GAAP): Salesforce reported $US3.01 billion, up […] Salesforce is quickly outpacing its own revenue goals, and fiscal year 2018 was no exception. The cloud software company beat analyst expectations for the fourth quarter, with revenue up 24% from the year before. Fiscal year revenue also beat, and was up 25% from fiscal year 2017. Salesforce also raised […]

Salesforce’s third quarter revenues were up 25% from last year

Salesforce reported its third quarter earnings for fiscal year 2018 on Tuesday. The company previously announced that it expects to see $US10.4 billion in revenues for the current year, fiscal 2018. Here’s what Salesforce reported: Revenue (GAAP) for the third quarter was $US2.68 billion, compared to analyst expectations of $US2.65 […] Salesforce has a target date for hitting $20 billion in sales: 2022

Salesforce expects to reach its $20... Microsoft has grabbed a huge customer from Salesforce: HP

Microsoft has signed a six-year agreement with...