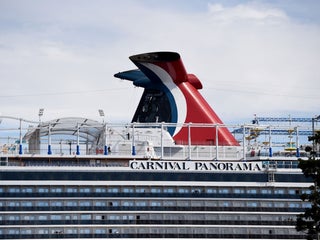 Boeing’s credit outlook was just cut to ‘negative’ by a ratings agency, which cited the 737 Max crisis

Fitch Ratings downgraded its outlook for Boeing to “negative” from “stable” amid continued problems surrounding the still-grounded 737 Max aircraft. The ratings agency said the damage to Boeing’s image, along with costs associated with the 737 Max remaining grounded, will be important to watch over the next year. Boeing has […] Australia’s budget balance looks set to return to surplus one year earlier than expected. However, that’s not been enough for ratings agency Standard and Poor’s (S&P) to remove its negative outlook on Australia’s AAA credit rating. “The budgetary position has improved over the past year, aided by strength in the […]

Now here’s a great resource for anyone involved in Australian financial markets. From the Commonwealth Bank, it shows a wide variety of economic, political, demographic and fiscal information about Australia and its states and territories. Something definitely worth bookmarking for the future. (Note the CoreLogic dwelling price figure for Australia […]

Everything you need to know about Australia’s credit ratings, and why they matter

The credit ratings for countries in the Asia Pacific, in one chart

This chart from Moody’s Investor Services shows the sovereign credit ratings of countries in the Asia-Pacific region. Debt issued by 14 nations is currently deemed to be of investment grade by Moody’s — including the highest rating of Aaa for Australia, New Zealand and Singapore — while 10 are rated […]

The credit ratings for 137 countries around the world

If you’ve ever wondered how your countries creditworthiness compares to others, look no further. From Moody’s Investor Services, this chart shows the sovereign credit rating for every country the group monitors. The further out a nation sits from the centre, the more creditworthy Moody’s deems it to be. Those in […]

Moody’s just gave Australia’s financial system a pretty extensive character assessment as it decided to downgrade the credit ratings of 12 lenders, including the four major banks. It lowered its rating on the strength of the economy, noted there have been “latent” risks building because of surging property prices in […]

CHART: Governments around the world are becoming less creditworthy

Countries around the world are less creditworthy than what they once were thanks to lingering effects of the global financial crisis such as slower economic growth and, in response, a sharp increase in government debt. And, on current trends, the perceived deterioration in sovereign credit quality may continue for some […]

The credit rating for every country in the world

Here’s the current long-term credit rating of every nation covered by Moody’s Investor Services. It even includes which ratings are on positive watch, laying the foundation for a potential upgrade, and those on negative watch, signaling a potential downgrade in the period ahead. Investment grade debt ranges from Aaa all […]

Bank culture has moved to centre stage of the political debate with prime minister Malcolm Turnbull chiding the major banks for recent scandals and conduct at a Westpac function this week. But questions about culture run deeper and could have lasting financial impacts according to one of the Big Three […]

Should be used as guide only.