Watch Neve Campbell, Courteney Cox, and David Arquette reunite to take down Ghostface in the new trailer for ‘Scream 5’ 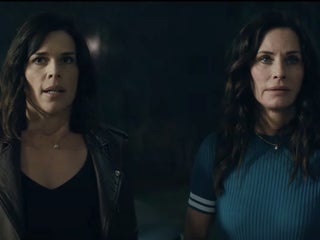 Will Smith has never received an Emmy nod for his acting, not even for "Fresh Prince." Here are 13 other stars who have never been nominated. 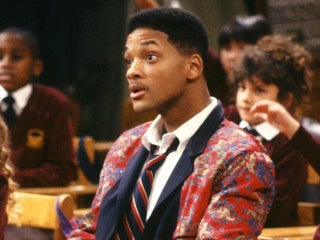 The HBO Max special "Friends: The Reunion" received a nomination for best variety special from the Television Academy on Tuesday. 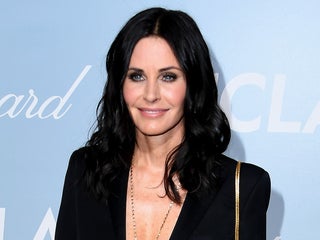 Lisa Kudrow and Jennifer Aniston both won Emmys for their "Friends" roles, while all three guys were nominated at least once. 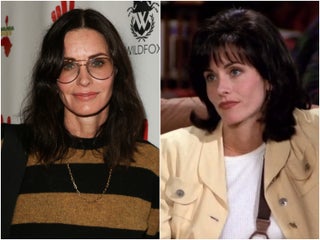 Ross and Monica originally performed the routine at "Dick Clark's New Year's Rockin' Eve," but Courteney Cox and Ed Sheeran may have stolen the show. 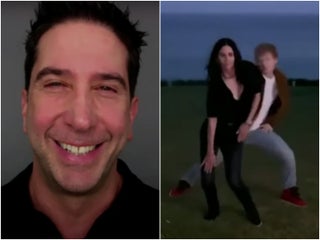 The unlikely friends stood in for the Geller siblings to recreate choreography from "The One With The Routine." 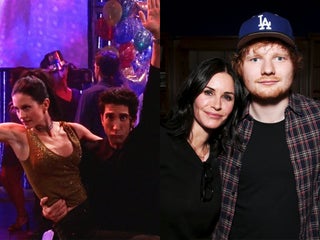 ‘Friends’ costars Courteney Cox and Matthew Perry are distant cousins, according to a genealogy website

Research done by MyHeritage found that the actors, who starred as love interests Monica and Chandler on "Friends," are related. 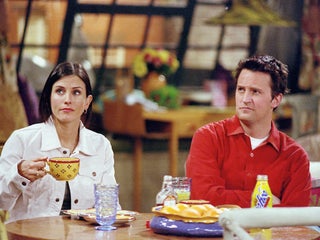 The ‘Friends’ reunion special is headed to HBO Max this month. Here’s what you can expect. 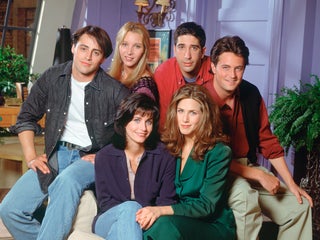 DeGeneres shut down speculation that she was living with the "Friends" star because of "marital troubles." 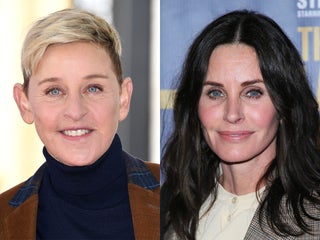 Jennifer Aniston reunited with ‘Friends’ Courteney Cox and Lisa Kudrow to watch the Emmys: ‘We’ve been roommates since 1994’

Jennifer Aniston appeared alongside her “roommates” Courteney Cox and Lisa Kudrow for a short “Friends” reunion at last night’s virtual Emmy awards. During a live video call with Jimmy Kimmel who was hosting the annual television awards from an empty Staples Centre, Aniston was speaking about her nomination for Outstanding […] 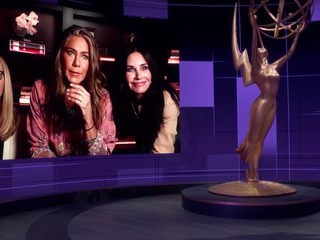 “Friends” costars Jennifer Aniston and Lisa Kudrow spoke about their hit NBC show during a conversation for Variety’s “Actors on Actors” series. Aniston said that she and costar Courteney Cox were trying to reference something from the sitcom when they “stumbled on” bloopers online. “We sat there at the computer […] 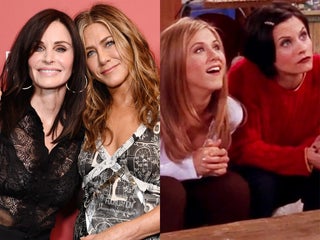 10 celebrity couples who were set up by their famous friends

Many celebrities tend to run in the same social circles after spending time in the entertainment industry. More than once, celebrities’ mutual friends have played matchmaker and set up them up together. Graham Rogers was the mutual connection between Nick Jonas and Priyanka Chopra Jonas, and Jesse Tyler Ferguson introduced […] 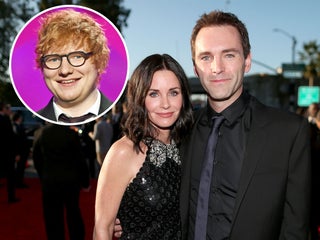 12 TV superstars who have never been nominated for an Emmy

The 72nd Primetime Emmys aired on September 20, and the nominees were announced back in July. “Black-ish” star Anthony Anderson was nominated for his fifth Emmy this year, although he lost to Eugene Levy for “Schitt’s Creek.” But there are plenty of acting legends and spectacular talents who have never […] 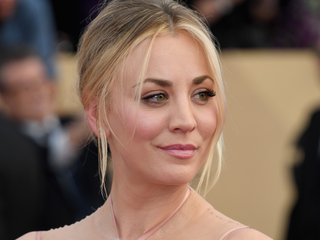 How 19 TV stars hid their pregnancies during shooting

If your favourite female TV character is wearing... Kristen Bell may be the poster child for a...