Despite being 16 years old, Cori “Coco” Gauff has become a household name in the tennis world. The American wunderkind has set several records as one of the youngest-ever stars to find success on the WTA circuit. She’s taken down the likes of Venus Williams and Naomi Osaka and advanced […] 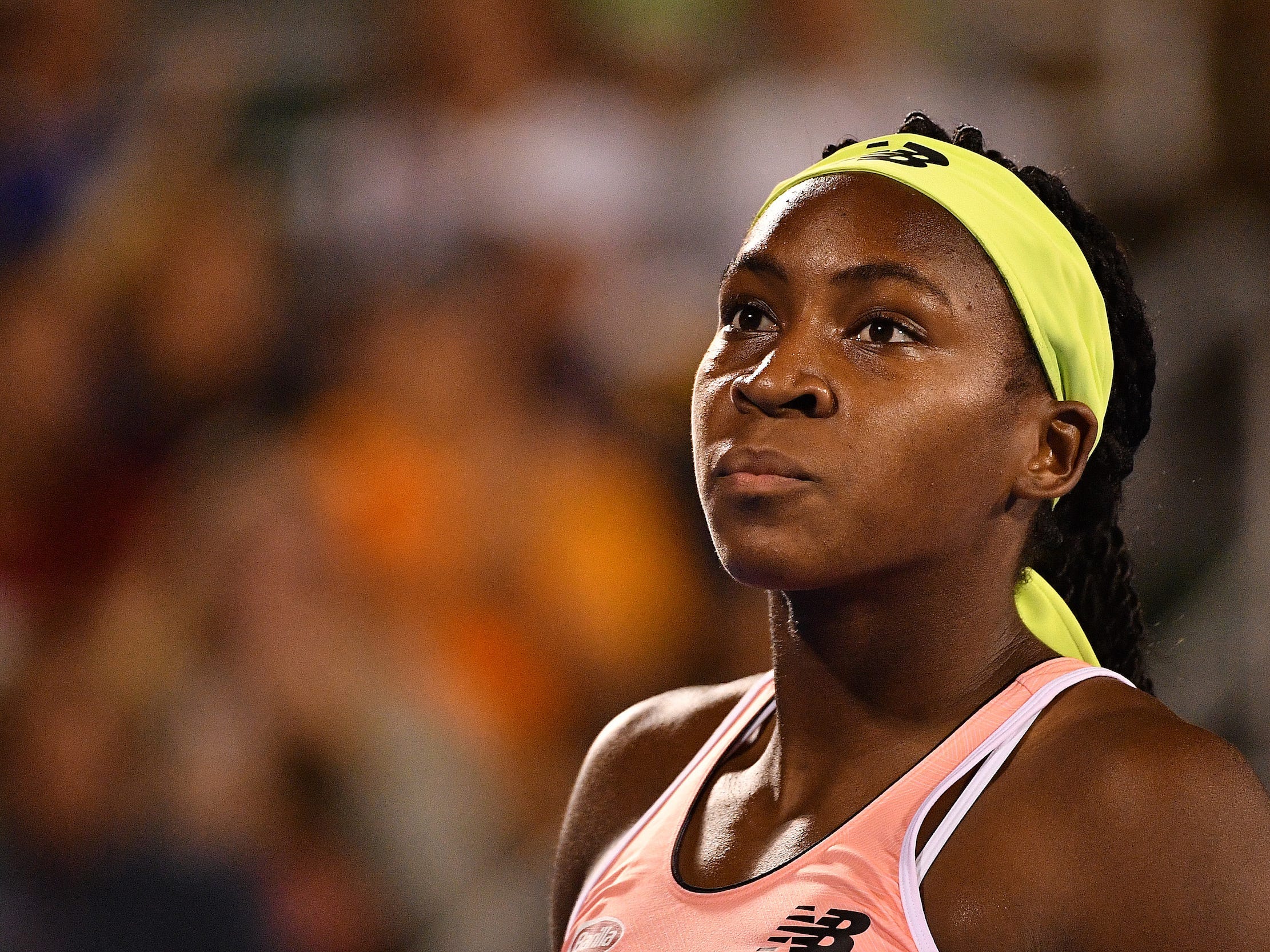 “Coco” Gauff has advanced to her first ever WTA final. Gauff is the 15-year-old American who has taken the tennis world by storm this year. Gauff attracted worldwide fame for the way she played at the Wimbledon Championships in England. She is now one win away from her first ever […] Naomi Osaka, 21, beat Cori “Coco” Gauff, 15, in the third round of the 2019 US Open on Saturday. Osaka swatted Gauff aside with a dominant straight sets score of 6-3, 6-0. After the match, Osaka could be seen consoling Gauff, giving her a pep talk to address the crowd. […] Cori “Coco” Gauff recently spoke to Teen Vogue about the costs that come with increased fame. After taking the 2019 Wimbledon Championships by storm, Gauff’s fame skyrocketed. She said she and her family even had to stop for police help after their car was being followed by a stranger. Gauff […] Cori “Coco” Gauff has returned to tennis after taking Wimbledon by storm earlier this month. Gauff became a celebrity overnight because of the cool, calm, and collected way she disposed of Venus Williams, Magdalena Rybarikova, and Polona Hercog at the All England Club. She breezed past back-to-back qualifying opponents at […] Cori “Coco” Gauff operates “on a different level” when it comes to competition in tennis, Serena Williams says. Gauff has shaken up the Wimbledon Championships by surviving a tough first week at the All England Club, advancing to the fourth round where she’ll face Simona Halep on Monday. For Williams, […] Cori “Coco” Gauff may only be 15 years old but she’s competing at a level befitting a player ranked inside the top 20 in the world. That is according to renowned coach Patrick Mouratoglou who also said that, despite her progression to Monday’s Round of 16 at the Wimbledon Championships, […] Cori Gauff overcame an early setback to beat Polona Hercog two sets to one in an extraordinary third-round thriller at the Wimbledon Championships on Friday. Gauff is a 15-year-old American who has been taking the All England Club by storm, swatting aside Venus Williams and Magdalena Rybarikova earlier in the […] Cori Gauff, a 15-year-old, may have taken a science test last week, but took Venus Williams to school on Monday. Gauff beat the five-time Wimbledon champion in straight sets 6-4, 6-4, broke down in tears in the middle of Court One, and advances to the second round later in the […]