Trump threw a crumpled newspaper article at Pence and accused him of being ‘so disloyal.’ Pence threw it back at him, book says

"We did this for you - as a favor," Pence shot back at Trump, per the book. "You need to get your facts straight." 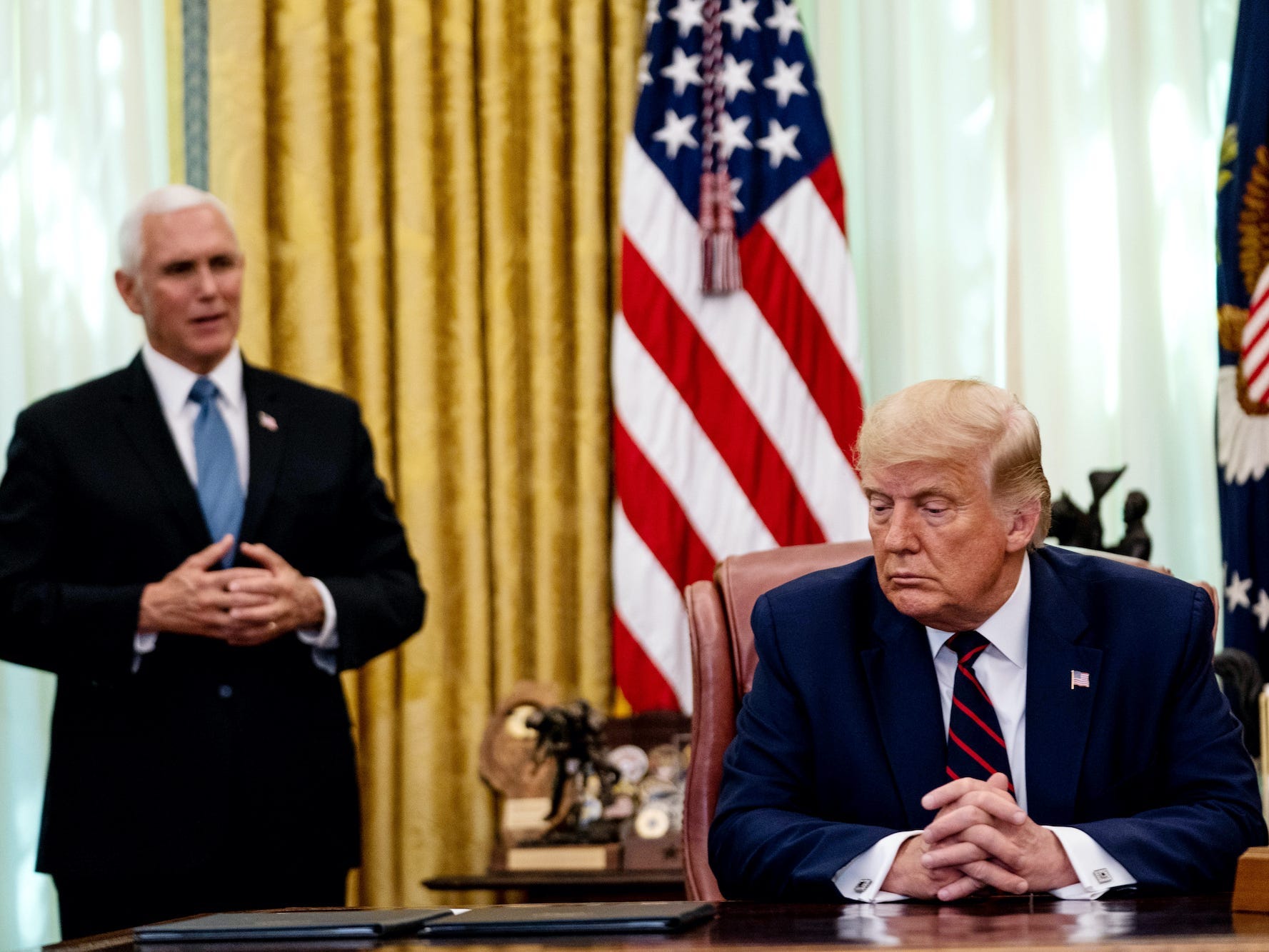 Fox News’ Chris Wallace challenged Trump ally Corey Lewandowski over his voter-fraud claims: ‘You had your day in court, and you lost’ 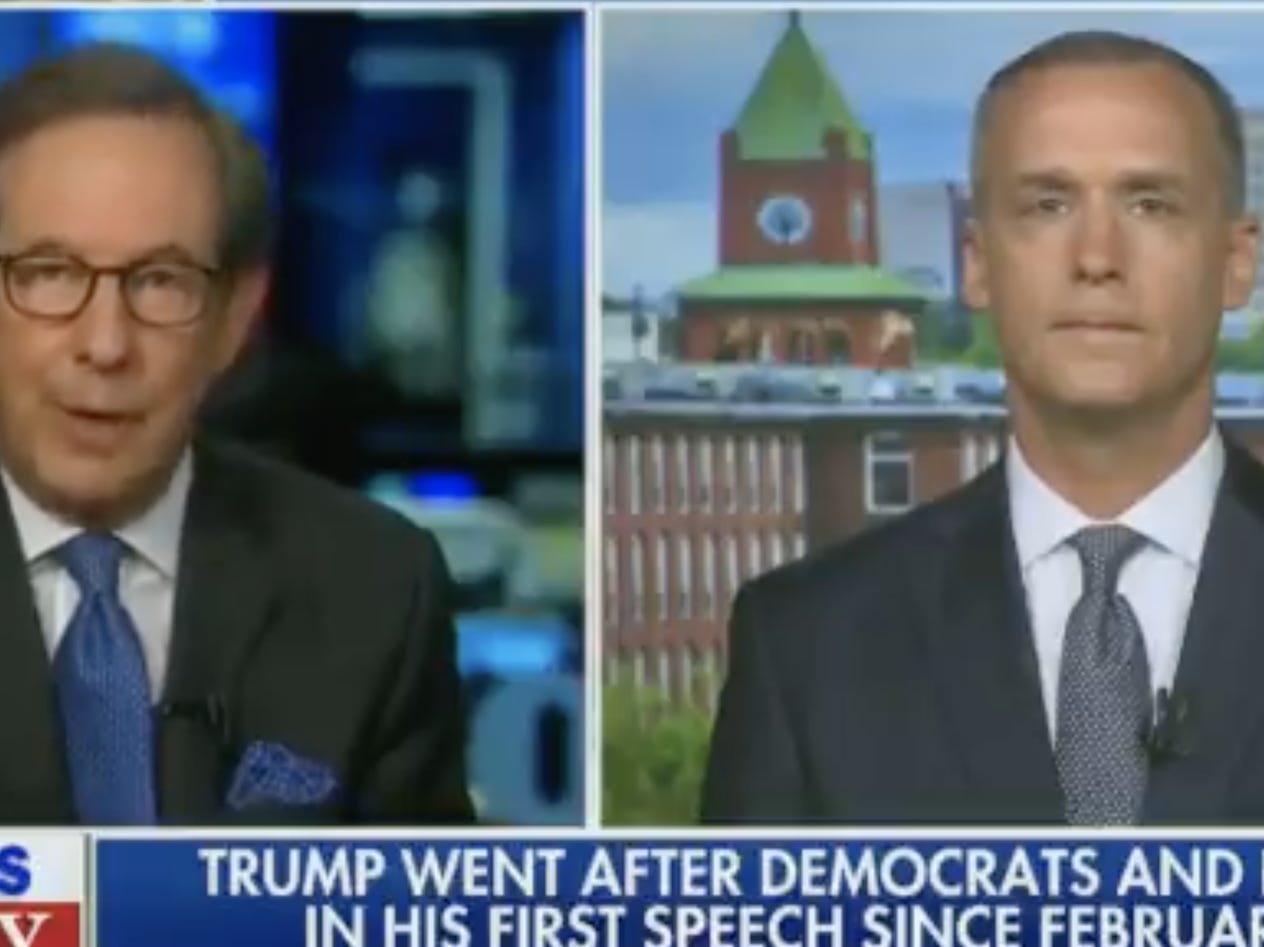 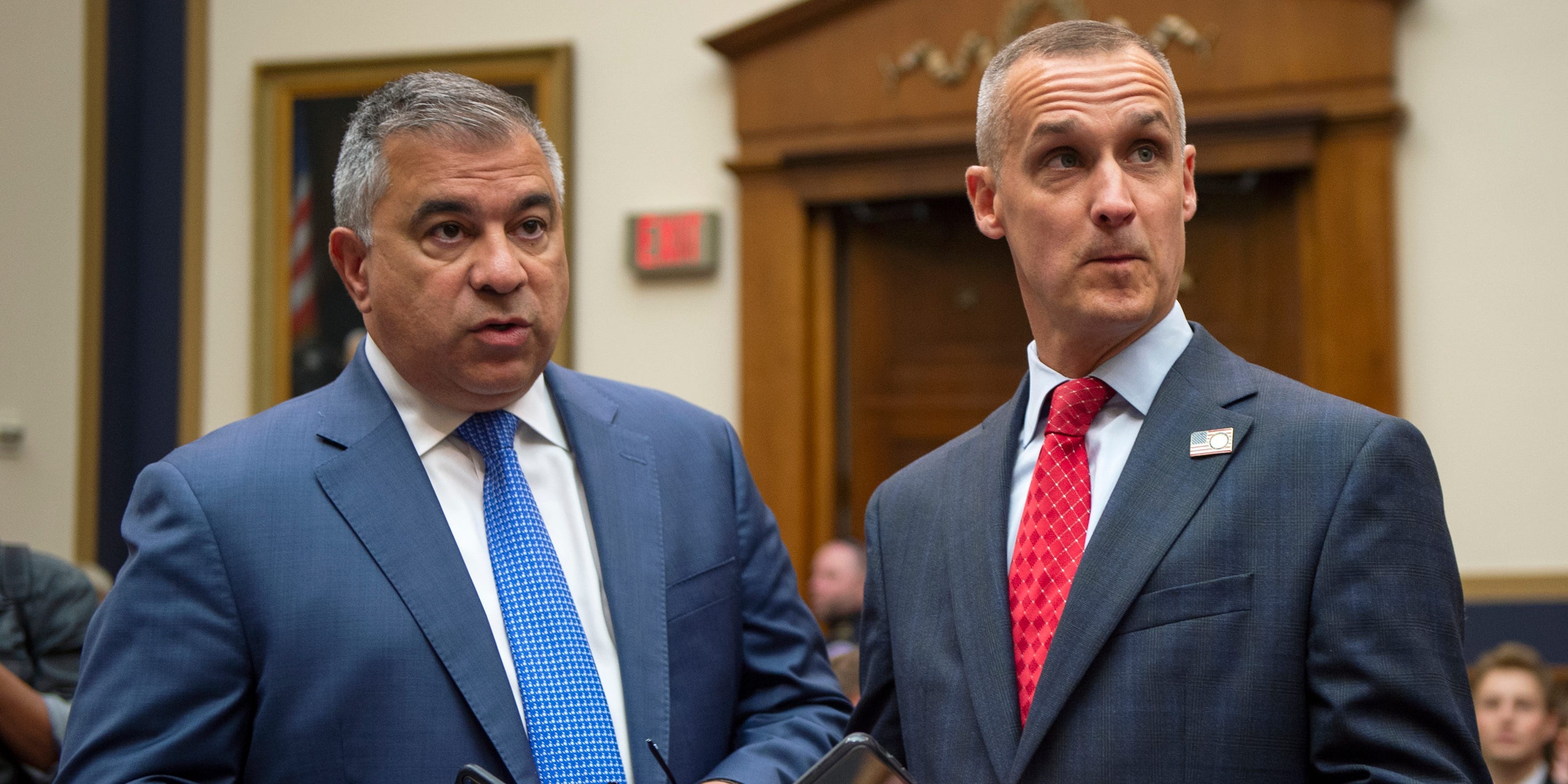 Senior Trump campaign advisor Corey Lewandowski told CNN on Thursday that he has tested positive for COVID-19. Lewandowski has been part of Trump’s legal effort to overturn election results in several key battleground states. Lewandowski is the latest in President Donald Trump’s inner circle to test positive for coronavirus in […] Fox News host Chris Wallace questioned Corey Lewandowski about the recent accusation from President Donald Trump where he claimed that doctors are inflating COVID-19 deaths to earn additional money. “I think we’re categorising sometimes individuals who may have COVID but aren’t dying from that and claiming it as a COVID […] 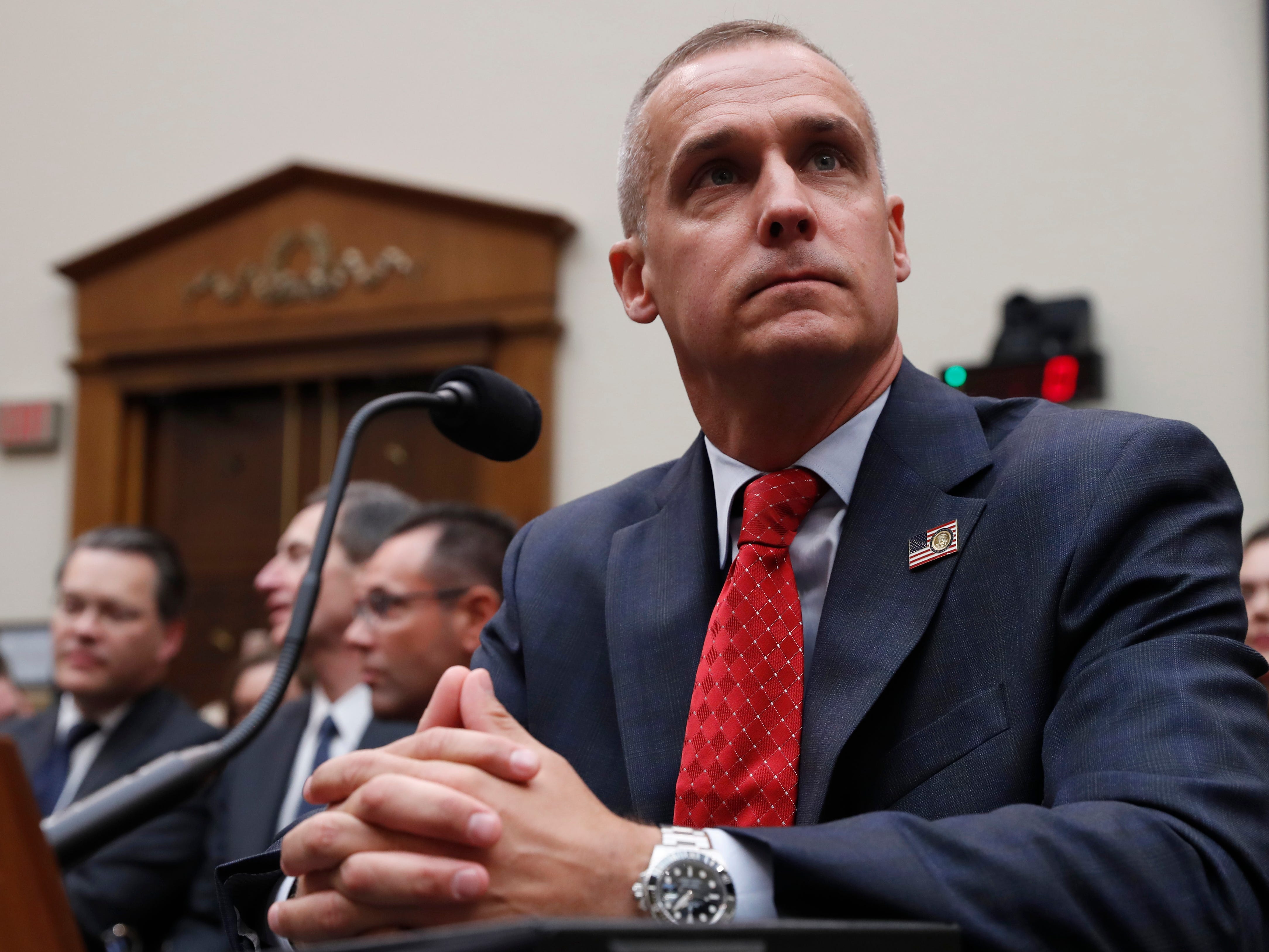 White House chief of staff John Kelly reportedly grabbed Corey Lewandowski, Donald Trump’s former campaign manager, by the collar and pushed him against the wall during an argument in February. Lewandowski reportedly did not physically respond to the incident. The Secret Service was called, and the two men calmed down. […] Former Trump campaign manager Corey Lewandowski defended himself for mocking a commentator during a Fox News segment. The commentator was discussing a 10-year-old migrant girl with down syndrome who was separated from her family at the US-Mexico border. Lewandowski was slammed on social media for his comments. The former Trump […] Corey Lewandowski, President Donald Trump’s former campaign manager, on Tuesday night appeared to mock an anecdote about a 10-year-old girl with Down syndrome who was reportedly separated from her family at the US-Mexico border. The exchange happened during a discussion on Fox News about the Trump administration’s “zero tolerance” border […] As President Donald Trump’s relationship with his top handler, chief of staff John Kelly, disintegrates, some familiar faces are making their way back into the president’s inner circle. Corey Lewandowski, Trump’s controversial former campaign manager, is increasingly in the president’s ear and by his side. Sources close to the administration […] Here’s what it’s like to work for Trump, according to 2 former campaign staffers

Corey Lewandowski, Trump’s former campaign manager, and Jason Miller, who worked as a senior communications advisor on the campaign, spoke at an event in London on Thursday. The pair talked about what it was like to work with the President. Trump is hard working, expects a lot from those around […]

Former campaign manager for President Donald Trump Corey Lewandowski told Chuck Todd on “Meet the Press” that he rebuffed Cambridge Analytica three times. He also said he had been aware of former White House chief strategist Steve Bannon’s ties to the data mining company, but that it had no impact […] The White House has been plagued by rumours of romantic relationships between staff members. Most recently, multiple outlets reported that the White House communications director, Hope Hicks, was dating the staff secretary, Rob Porter – and CNN reported that she helped write a statement supporting Porter after allegations of domestic […] This 'iconic' photo is only six months old. A White House employment update, since Trump only hires the best people: Lewandowski ❌ Manigault ❌Scaramucci ❌ Gorka ❌ Porter ❌ pic.twitter.com/RMpFAaxVH5 — Matt McDermott (@mattmfm) February 7, 2018 Everyone in this now-infamous photo no longer works for President Donald Trump. The […]

Russian bots are back, Bannon slips up, and Congress delivers Mueller a gold mine: The latest in the Russia probe Former Trump campaign manager Corey Lewandowski testified before the House Intelligence Committee on Wednesday, but refused to answer questions about events that took place during the campaign and his conversations with President Donald Trump since then. Lewandowski is the latest official to stonewall the committee as it probes Russia’s election […] Singer and Trump supporter Joy Villa is accusing former Trump campaign manager Corey Lewandowski of slapping her on the butt at a holiday party in November. Villa alleges Lewandowski slapped her a second time after she protested the unwanted gesture and threatened to report him. Lewandowski left the Trump campaign […]