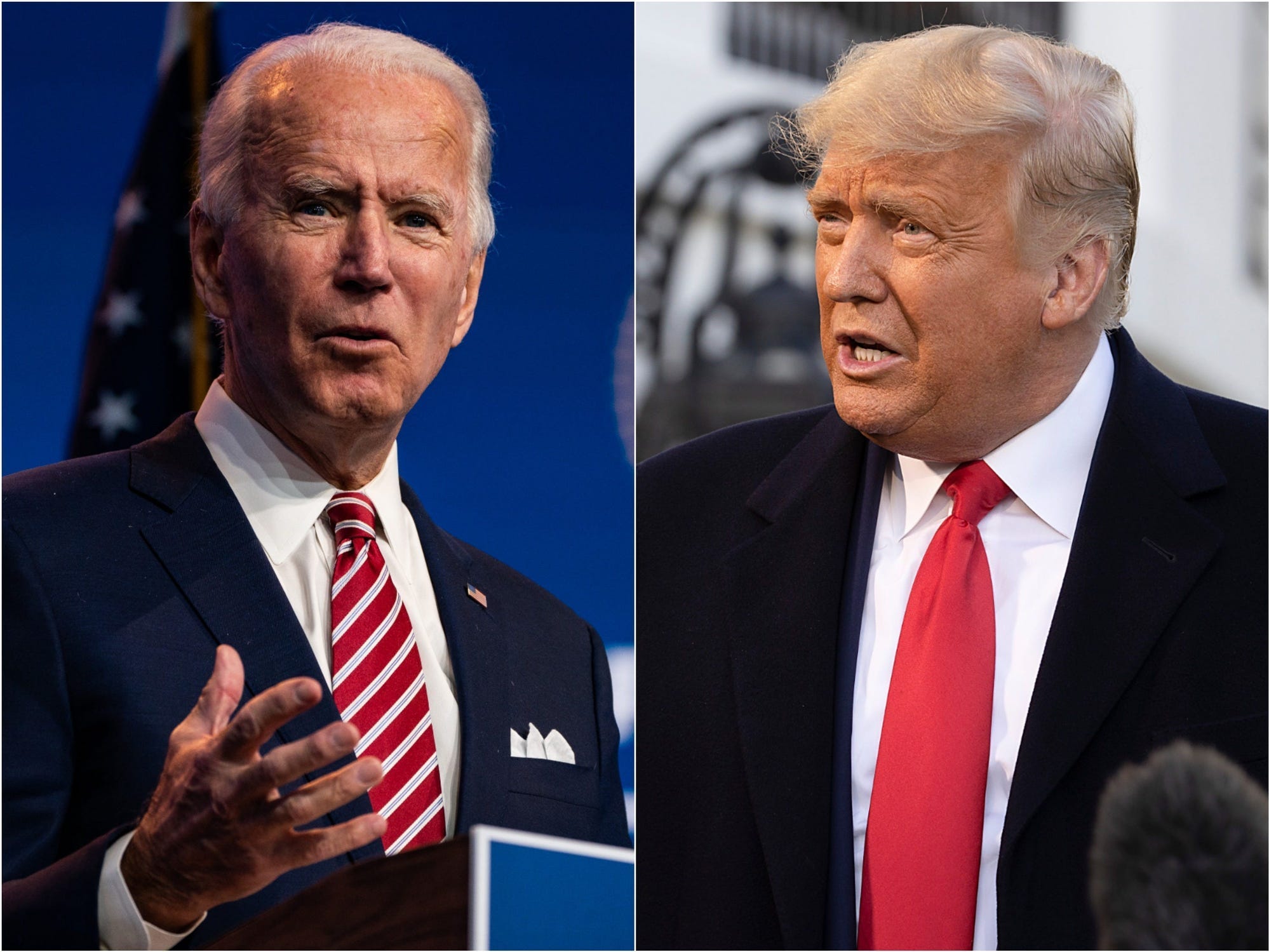 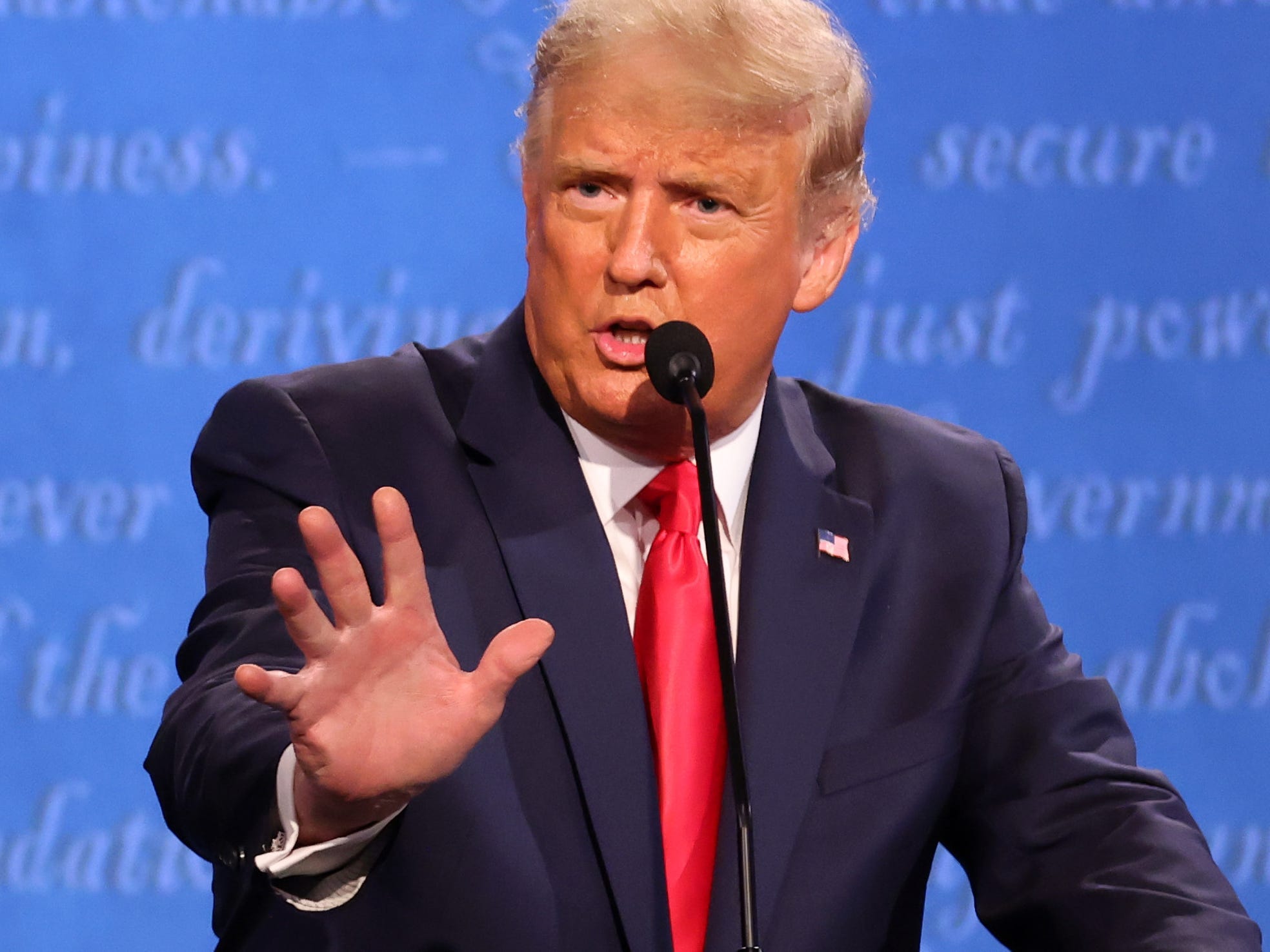 These are Insider's biggest healthcare stories for April 28. Welcome to Business Insider ‘ s daily healthcare newsletter , your daily dose of pharma, biotech, and healthcare news. Subscribe here to get this newsletter in your inbox every weekday. Hi, The UK has approved Pfizer and BioNTech’s coronavirus vaccine, becoming the first Western country to give a vaccine an […] 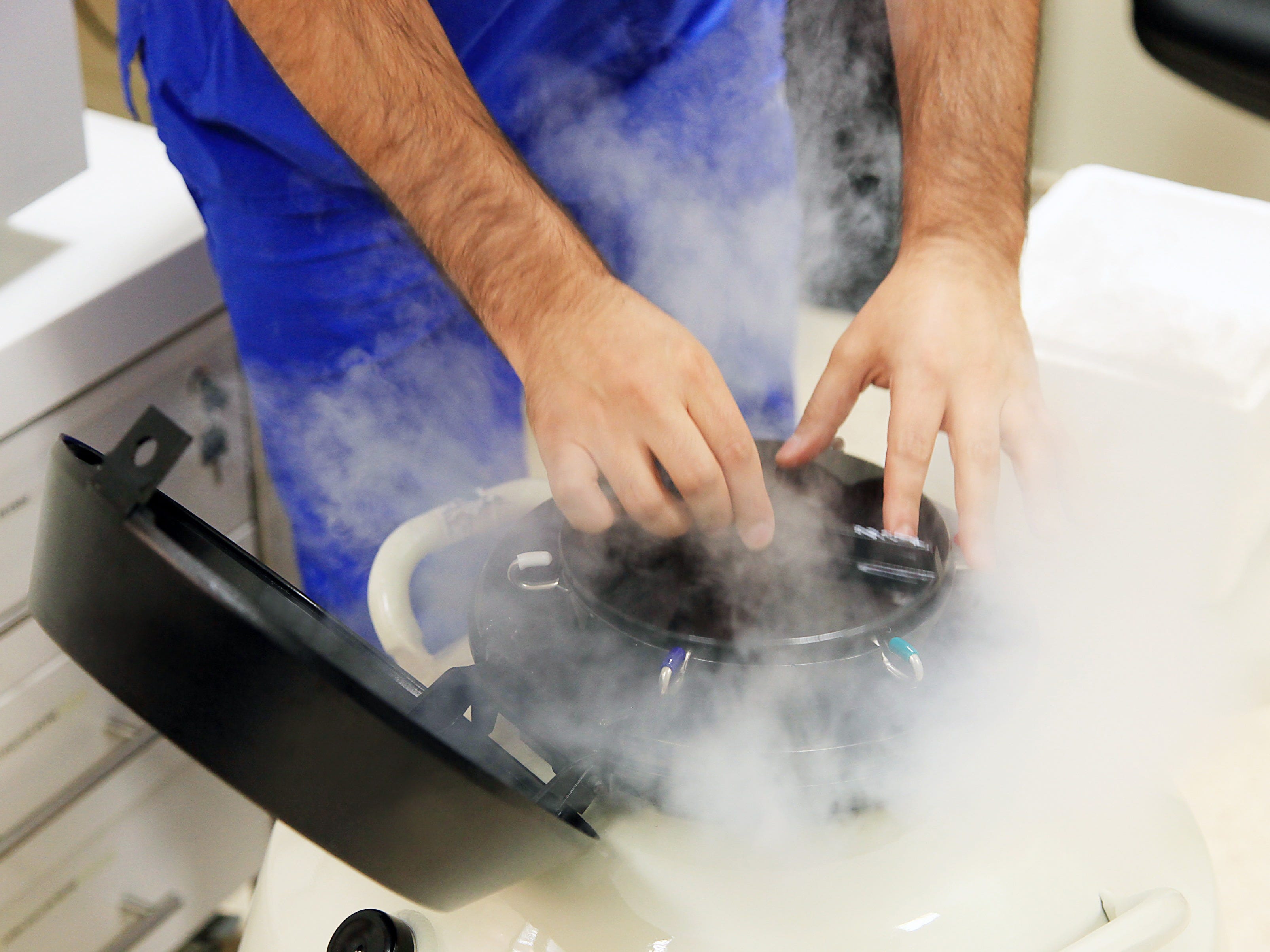 Cigna and New York Life are launching The Brave of Heart Fund to provide grants for the families of healthcare workers who have died while fighting the coronavirus pandemic. The insurers contributed a combined $US50 million to the fund. New York Life will also match the first $US25 million of […] 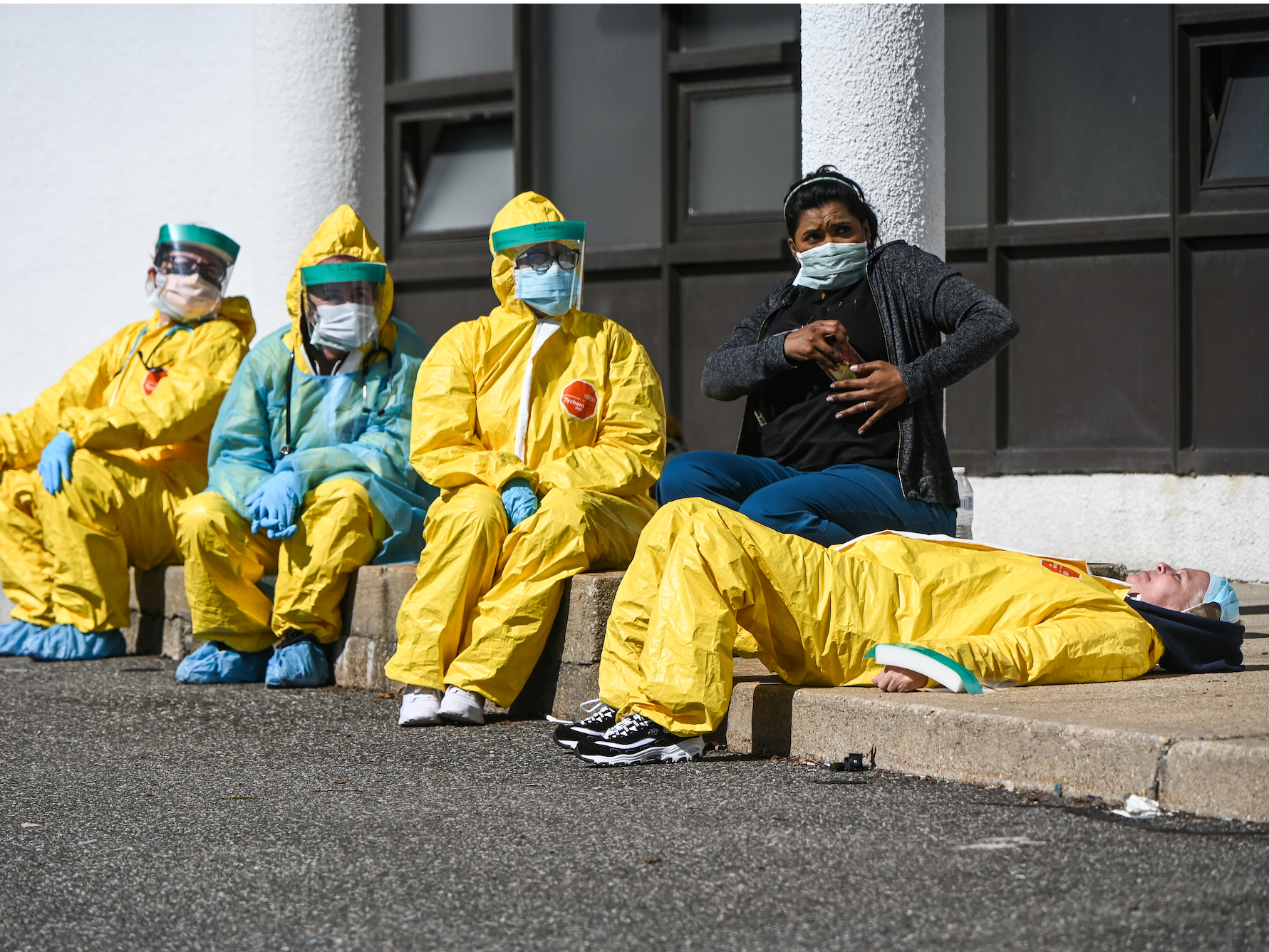 Loneliness in America is at an all-time high. Long working hours and sad desk lunches may be to blame.

3 in 5 Americans feel lonely, according to the results of a new survey released by health insurance company Cigna. A big contributing factor seemed to be workplace loneliness. Loneliness can serious health consequences, with some experts calling it as dangerous as smoking. To decrease workplace loneliness, experts told Insider […] ‘I owe the American people an apology’: A former healthcare executive says he’s sorry for devising the biggest argument against Medicare for All

Wendell Potter, a former health insurance executive and now pro-Medicare for All activist, apologised for his role in designing the biggest argument against industry reform in a New York Times op-ed published Tuesday. He was referring to the idea of choice, or put another way, the freedom of Americans to […]
News Apr. 13, 2019, 2:18 AM

Hello, Well, it’s official: Bristol-Myers Squibb and Celgene are likely going to form the megamerger of their dreams, after shareholders approved the $US74 billion union. Before heading into the weekend on that note, I wanted to leave you with a recap of all the news that kept Business Insider’s healthcare […]
News Apr. 10, 2019, 12:15 AM

In February, Congress brought in a group of pharmaceutical CEOs and executives from seven companies to testify about the high price of prescription drugs. On Tuesday, Congress kept the conversation going, this time grilling pharmacy benefit managers, the little-known middlemen responsible for negotiating drug prices. During the hearing executives from […]
News Jan. 24, 2019, 1:00 AM

No one could explain why this college student saw the price of his life-saving diabetes medication jump 150%, and it reveals a key problem with the US healthcare system

For the 1.25 million Americans living with Type 1 diabetes, insulin is a life-saving drug that helps them process the sugar in their blood. Price increases for insulin have put pressure on people living with diabetes who don’t have insurance, or whose insurance plans require them to pay the full […]
News Jan. 5, 2019, 8:21 AM

The annual J.P. Morgan Healthcare Conference kicks off on January 7 in San Francisco. The event is the start to an already-busy year for biotech, pharma, and healthcare executives. From Amazon’s healthcare ambitions, to who will pull off the next mega-merger, here’s what we expect to hear a lot about […]
News Dec. 21, 2018, 12:31 AM

Cigna is set to officially close its deal to acquire pharmacy benefits manager Express Scripts. The deal was announced in March but took some time clearing regulatory hurdles from state insurance agencies as well as the Department of Justice. The deal combines a health insurer and a company that helps […]
News Dec. 15, 2018, 2:00 AM

Healthcare dealmaking hit a record this year, and the transactions could reshape how we pay for our prescriptions and treat diseases. Big pharma companies, health insurers, and care providers have agreed to about $US421 billion in transactions this year, according to data from Refinitiv. That’s a record high, and amounts […]
News Dec. 6, 2018, 8:30 PM

Being lonely can be as bad for you as smoking. Now you can take a quiz to find out if you’re at risk.

Loneliness is a big issue in the US, particularly among younger people. There’s a scientific way to determine how lonely you are, called the UCLA Loneliness Scale. Health insurer Cigna on Wednesday released a 10-question version of the tool, made in partnership with Dr. Daniel Russell, who created the initial […]
News Oct. 11, 2018, 10:49 AM

The US Department of Justice has now cleared two healthcare megamergers, after CVS Health and Aetna’s $US69 billion merger got the green light from the agency on Wednesday. In September, the agency also cleared Cigna’s $US67 billion merger with Express Scripts. The acquisitions, once officially closed, will redraw the healthcare […]
News Sep. 18, 2018, 5:09 AM

The Department of Justice just cleared Cigna‘s $US67 billion merger with Express Scripts. The deal combines a health insurer and a company that helps negotiate lower prices for prescription drugs in the form of rebates on behalf of health plans. Cigna and Express Scripts said Monday that they expect the […]
News Sep. 12, 2018, 9:30 PM

Cigna is launching a $US250 million venture fund called Cigna Ventures. Cigna Ventures will be tasked with finding startups and growth stage companies in healthcare, specifically with focuses on analytics, digital health, retail, and managing and delivering care. The hope is to tap into companies at earlier stages who might […]
News Sep. 6, 2018, 4:52 AM

The Department of Justice is getting close to approving two healthcare megamergers, The Wall Street Journal reported Wednesday. The mergers – one between the pharmacy CVS Health and the insurer Aetna, and the other between the insurer Cigna and the pharmacy benefit manager Express Scripts – were announced at the […]
News Aug. 29, 2018, 12:07 AM

The lines around what defines a healthcare company have been changing drastically with a slew of mega-merger deals like CVS’s proposed combination with Aetna and Cigna’s deal with Express Scripts. The bets CVS and others are making is that the future of healthcare won’t be in the hospital any more. […]
Next Page »