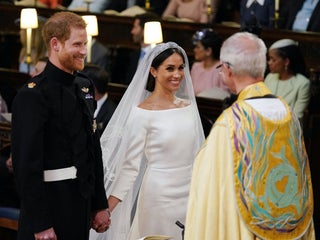 15 years after “National Treasure” came out, here’s the real story of the Manhattan church that the movie suggests hides buried loot

The historic Trinity Church and cemetery are located in downtown Manhattan near Wall Street. The church, which has been rebuilt three times since 1697, featured prominently in the 2004 film “National Treasure.” In the movie, a historian played by Nicholas Cage discovers hidden treasure under Trinity Church. In reality, there’s […] The Queen might not attend Prince Harry’s wedding to Meghan Markle. The Queen is head of the Church of England, which teaches that marriage is for life. As this is Meghan Markle’s second wedding, the Queen may feel uncomfortable witnessing a divorcee’s marriage. This stopped her from attending Prince Charles’ […]

Archbishop of Canterbury: I ‘really genuinely’ don’t understand how Christians can support Trump