The threats come from both state and non-state actors, with China and Russia behind some of the challenges. 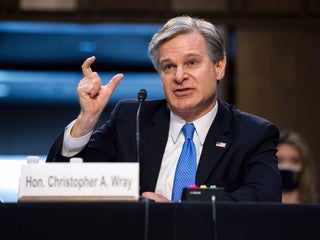 "It always amazes me how the public doesn't fully understand what we expect of our law enforcement officers," Biden said. 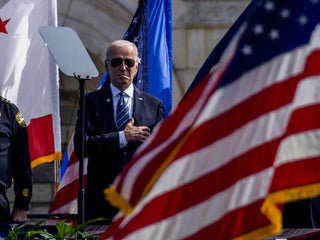 FBI director Chris Wray privately told Adam Schiff that he would resign if he ‘ever felt the need to do something that wasn’t right’ under Trump: book

"I had warned him about how many good people the president had chewed up and spat out," Schiff wrote in his memoir. "I don't need this job," Wray said. 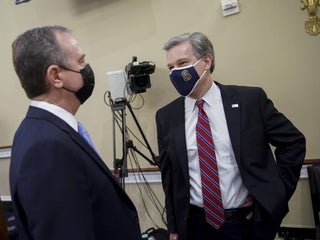 The FBI is still tracking down hundreds of Capitol riot suspects, director says 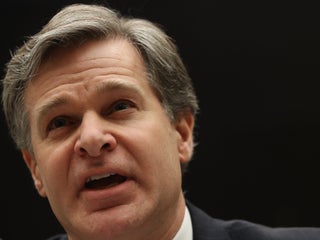 There was an unusual scene on Thursday of a member of Congress questioning the head of an agency currently investigating him. 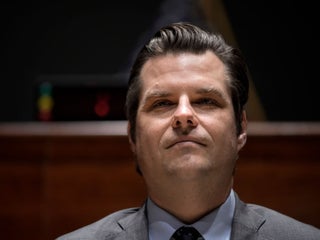 Wray's remarks about antifa, voter fraud, and Russian election interference often put him at odds with Trump, who publicly voiced his frustration. 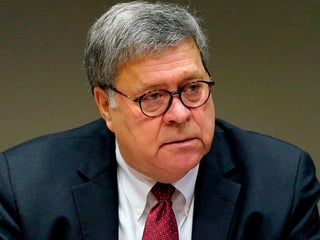 Wray debunked GOP conspiracy theories about the attack and disputed claims that the FBI failed to alert other agencies about the threat of violence.

President-elect Joe Biden will keep Christopher Wray on as the FBI director if he’s still in the role when the new administration takes office, The New York Times reported. A senior Biden official told The Times that the president-elect’s team was “not removing the FBI director unless Trump fired him.” […] 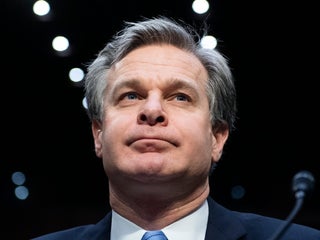 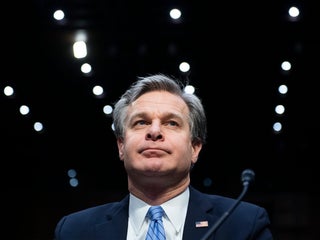 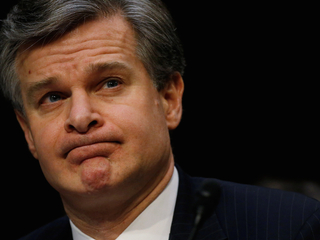 Four top US officials released a video Tuesday reassuring US voters about the integrity of the election process and countering many of the claims President Donald Trump has made about foreign interference, voter fraud, and mail-in ballots. FBI Director Christopher Wray said that regardless of how voters cast their ballots, […] 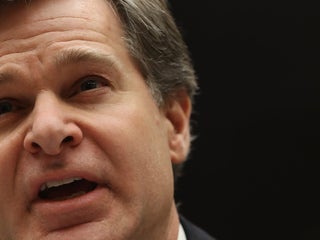 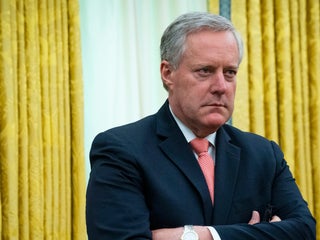 FBI Director Christopher Wray on Thursday told House lawmakers that the intelligence community assesses Russia is “very active” in its efforts to influence the 2020 election. Wray said Russia is seeking to “both sow divisiveness and discord and…to denigrate Vice President Biden.” The FBI director’s comments echoed a statement from […] 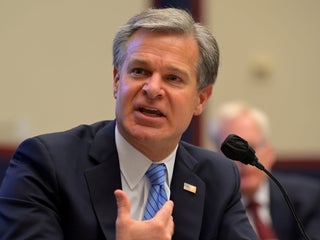 FBI Director Christopher Wray has called China “the greatest long-term threat to our nation’s information and intellectual property, and to our economic vitality.” Wray said during remarks on Tuesday that China had “brazenly violated well-settled norms and the rule of law” by attempting to force its citizens to return home […] 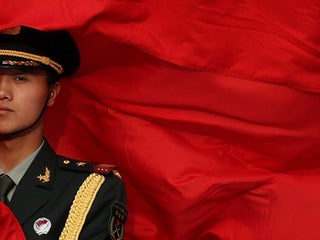 The US on Monday charged Chinese tech giant Huawei, its chief financial officer, and two affiliates with bank and wire fraud in a crackdown on the company, which is legally required to assist China’s Communist Party at the government’s request. The Justice Department said Huawei tricked a global bank into […] “It takes a lot to get me angry, but I’m about as angry as I’ve been in a long, long time,” FBI Director Christopher Wray said in a rare public statement on Friday. The FBI has been hit hard by the government shutdown and most of its employees are still […] FBI director shoots down mail bomber conspiracy theories: ‘These are not hoax devices’

FBI Director Christopher Wray shot down “false flag” conspiracy theories about a series of attempted mail bombings of high-profile Democrats and other public figures this week. “These are not hoax devices,” Wray said. Cesar Sayoc Jr., 56, of Aventura, Florida, was arrested on Friday in connection with the attempted attacks. […] Christine Blasey Ford’s lawyers slam the FBI investigation into Brett Kavanaugh, calling it a ‘stain on the process’

Christine Blasey Ford’s legal team slammed the process surrounding an FBI investigation into sexual assault allegations against Supreme Court nominee Brett Kavanaugh. Ford’s lawyers sent a letter to FBI Director Christopher Wray describing the investigation as a “stain on the process, on the FBI and on our American ideal of […]

The Trump administration debated banning visas for Chinese nationals to come and study at US universities for fear of spying, the Financial Times has reported. Trump’s administration thinks of China as a competitor, and the head of the FBI said China uses non-traditional intelligence gatherers, like students, to steal information […]

Within 24 hours, 2 of Trump’s top intelligence officials hint that they have considered resigning

Two of President Donald Trump’s top intelligence officials hinted that they have considered resigning from their positions. FBI Director Christopher Wray and Director of National Intelligence Dan Coats made the comments at the Aspen Security Forum this week. The comments came after Trump’s widely-panned summit with Russian President Vladimir Putin […]