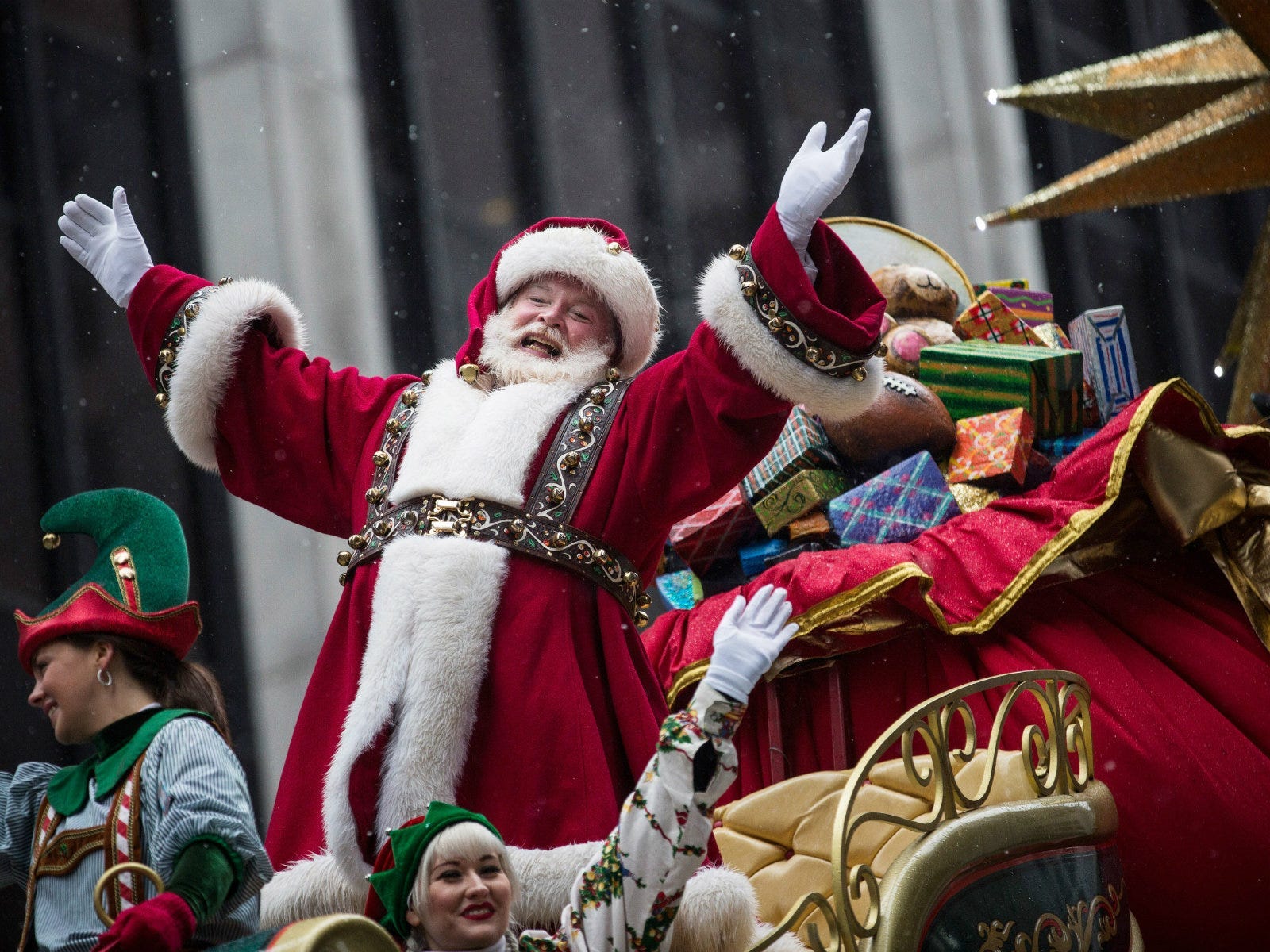 It’s a time-honored holiday tradition as hallowed as decking the halls or baking festive cookies. You drag your single self to a family party, ready to eat all the home-cooked food and feign enthusiasm over the reindeer sweater an enthusiastic relative knitted for you … only to face a firing […]

The jolly, bearded Santa Claus that Americans know and love is not the only version of a Santa-like mythical being. In Spain, children receive gifts from the three Reyes Magos (three Wise Men). In Germany, children are fearful of Krampus: the demonic being that whips and kidnaps children who have […]

I tested out homemade Christmas cookie recipes from three celebrities: Mariah Carey, Michelle Obama, and Taylor Swift. Taylor Swift’s cookies were by far the easiest to make and also the most unique combination of festive flavours. Since they were so easy, looked great, and tasted the best, Swift’s eggnog chai […] Fruitcake is a holiday staple, even though it’s often the butt of jokes. Fruitcake dates back to the ancient Romans, who mashed up barley, pomegranate seeds, nuts, and raisins and held it together with honey. It gained popularity as a dish for special occasions in the 18th and 19th centuries. […]

20 ways to make this the most festive Christmas ever

Christmas is one of the best times of year. The holiday season is full of traditions, which is part of what makes Christmas so special. For example, Christmas Day isn’t complete without sipping hot chocolate in festive pajamas. Watching holiday movies is another must-do Christmas activity. Whether you’re staying home […]

The holiday season just makes us want to curl up with a mug filled with something hot and aromatic, preferably if it includes alcohol. Christmas cocktails objectively make the holiday season more festive, and many cultures have their own version. From North America’s eggnog to Swedish Glögg (hot mulled wine), […]

The most unusual Christmas tradition in every state

Christmas traditions vary depending on weather, culture, or location. Minnesota has a large population of Scandinavian people, so they celebrate with lutefisk, a traditional Nordic food. In New Mexico, wreaths are often made up of dried chiles. Visit Insider’s homepage for more stories. Christmas is celebrated very differently throughout the […] In a perfect world, we would all be Peter McCallister from “Home Alone.” We would all have grand, picturesque homes where we could celebrate the holidays with family members across the tree. Everyone, well, most everyone, would commune in perfect harmony, no one would berate each other with their politics, […]

Debenhams sales fell 1.3% over Christmas and the total value of sales decreased 0.8%. CEO blames “challenging” market and increased discounting at rivals. Department store had to cut prices to keep up and profits this year will suffer as a result. Stock opens down 18% on the news. LONDON – […]

Next’s Christmas sales were up 1.5%, compared to guidance of a 0.3% slump. Retailer upgrades full-year profit forecast as a result. But Next warns that “challenges” remain and forecasts another fall in annual profits for the year ahead. LONDON – High Street retailer Next performed better-than-expected over the Christmas period […]

Every year, PNC calculates the real-world prices of all the gifts in the “12 Days of Christmas” carol. Their so-called Christmas Price Index rose 0.6% this year, driven by higher costs of pear trees, more demand for gold rings, and higher wages for Lords-a-leaping. While it’s frivolous, PNC’s index mirrors […] Christmas is one of the most celebrated holidays of the year. All across the United States, civilians will light up Christmas, stockings will be hung, and the front lawns of countless homes are brightened up by some truly impressive Christmas lights. The men and women of the world’s militaries don’t […] Ok, this is your last chance. Stop putting it off and grab one of the presents below before you’re awkwardly printing something on Christmas morning that very obviously expires on December 24, 2018. A cool activity Red Balloon have a huge range of activities you can purchase here. A wine […]

There are some pretty terrible parents in your favourite Christmas movies The team at Business Insider writes about and tests out products we think you’ll like. Business Insider has affiliate partnerships, so we may get a share of the revenue from your purchase. It’s officially almost Christmas, and whether you like to have your gifts bought early or you spread your […] Here’s a complete list of store hours through Christmas

A host of stores are staying open through the Christmas holiday to give last-minute shoppers more time to complete their purchases. Only a handful of stores will be open on Christmas Day, including Family Dollar, Starbucks, Albertsons, CVS, Walgreens, and 7-Eleven. Many stores will close early on Christmas Eve. Here […]