Salesforce billionaire Marc Benioff says Facebook should be broken up: ‘They’re after your kids’

Marc Benioff has suggested Facebook should be broken up, joining a growing list of business and political figures who have made the same suggestion. Speaking to CNN on Wednesday, the Salesforce founder and co-CEO criticised the social media giant on a number of fronts, including its perceived addictiveness, its acceptance […] The final ACCC recommendations on how to curtail Google and Facebook’s immense power have been released to the public, with the Australian government hailing them as “a groundbreaking … world-first”. While the proposals include some new rules for the tech giants, they stopped short some of the more forceful ideas […]

Facebook cofounder Chris Hughes has been meeting with the US government about breaking up Facebook, according to The New York Times. Hughes has become an outspoken advocate for antitrust action against his former employer, arguing it’s too powerful. Hughes attended the meetings with two other advocates pushing for antitrust proceedings, […] 40% of Americans want to see antitrust action taken against Facebook. That’s according to a new Business Insider/INSIDER poll of US adults conducted by SurveyMonkey. Facebook cofounder Chris Hughes recently called for the Silicon Valley tech giant to be broken up, and the results may bolster these arguments. Facebook has […] People pushing to break up Facebook are overlooking one problem: It could bring back ‘growth hacking’ The story of Chris Hughes, who made a fortune by helping Mark Zuckerberg create Facebook, but now thinks it should be broken up

On Thursday, Facebook cofounder Chris Hughes wrote a blistering op-ed in the New York Times slamming Mark Zuckerberg and calling for the social network to be split up. Hughes hasn’t worked at Facebook since 2007, and cashed out his stake of $US500 million or so in the company not long […] Why breaking up Facebook is actually a terrible idea

Facebook cofounder Chris Hughes said Facebook’s power is so great across the tools billions of people use that it needs to be stopped. And he’s right. But while his solution to break Facebook up into separately traded companies – Facebook, Instagram, and WhatsApp – is an emotionally satisfying thought, it […] After Facebook cofounder Chris Hughes called for CEO Mark Zuckerberg to relinquish his stranglehold on the industry and for the company to be broken up in a New York Times op-ed on Thursday, the tech giant has responded. “Facebook accepts that with success comes accountability. But you don’t enforce accountability […] Chris Hughes, one of Facebook’s cofounders, called Mark Zuckerberg’s power “unprecedented and un-American” in a scathing op-ed in The New York Times on Thursday. Hughes, who was Zuckerberg’s roommate at Harvard, said the Facebook CEO’s social-media empire should be broken up into separate public companies and that Zuckerberg himself wields […] A Facebook cofounder says that Mark Zuckerberg’s master plan has always boiled down to one word: ‘Domination’

Facebook cofounder Chris Hughes urged the U.S. government to break apart Facebook in an op-ed published Thursday in the New York Times. Hughes says CEO Mark Zuckerberg has always thought about Facebook in terms of “domination.” Zuckerberg has grown Facebook into a monopoly that needs to be regulated and held […] Mark Zuckerberg has ‘never had a real boss,’ and it’s one reason he turned down a $1 billion acquisition offer from Yahoo, Facebook’s cofounder says

Facebook cofounder Chris Hughes published an op-ed in The New York Times on Thursday calling on the US government to break apart the company and regulate CEO Mark Zuckerberg‘s power. Hughes said that before turning down a $US1 billion offer from Yahoo to acquire Facebook in 2006, Zuckerberg told Hughes […] Sen. Elizabeth Warren, the Massachusetts Democrat who is running for president in 2020, has celebrated the Facebook cofounder Chris Hughes’ call to break up Facebook. “Chris Hughes is right,” Warren tweeted. “Today’s big tech companies have too much power-over our economy, our society, & our democracy.” Hughes, who founded Facebook […] Peter Thiel bought Mark Zuckerberg a car before he got rich, and it’s where the CEO had an epiphany that changed Facebook forever

The early Facebook investor Peter Thiel bought Mark Zuckerberg a car before the Facebook CEO got rich, according to the social network’s cofounder Chris Hughes. Hughes said the new vehicle, an Infiniti SUV, was the venue for something of an epiphany for Zuckerberg – it’s where he realised that Facebook […] The 23 most powerful LGBTQ+ people in tech

Tim Cook is arguably the most prominent LGBTQ+ person in tech, but he isn’t the only one. There are LGBTQ+ identifying individuals in prominent roles as venture capitalists, diversity in tech advocates, and C-suite level executives at large tech companies like IBM and Microsoft. Here are 23 of the most […] From Facebook to Tesla, here are the lesser-known cofounders of some of the biggest tech companies in the world

Most of the world’s most famous tech entrepreneurs had help building their companies. And while Mark Zuckerberg’s and Steve Job’s cofounders didn’t all become household names, they’re still credited with bringing Facebook and Apple to life. Tesla, for instance, had four cofounders, and none of them was Elon Musk. And […] 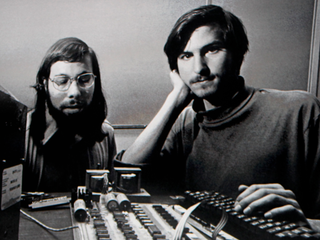 FACEBOOK COFOUNDER: How I negotiated with Mark Zuckerberg for a $500 million stake

Chris Hughes, Facebook Co-founder, on the most successful failure of his life. For the full interview, search for “Success! How I Did It” on Apple Podcasts or your favourite app.

Chris Hughes was one of Mark Zuckerberg’s roommates and a Facebook cofounder who helped with user experience and media outreach. One rainy night in 2004, Hughes and Zuckerberg had a conversation that resulted in Hughes getting a 2% ownership stake. The stake was worth $US500 million when Facebook went public […] Facebook cofounder Chris Hughes made $US500 million in 2012 when Facebook went public. His career and sudden wealth taught him that “success” is more than wealth and notoriety. He now sees success as the freedom to pursue what makes him feel fulfilled. Chris Hughes, 34, has been spending a lot […]